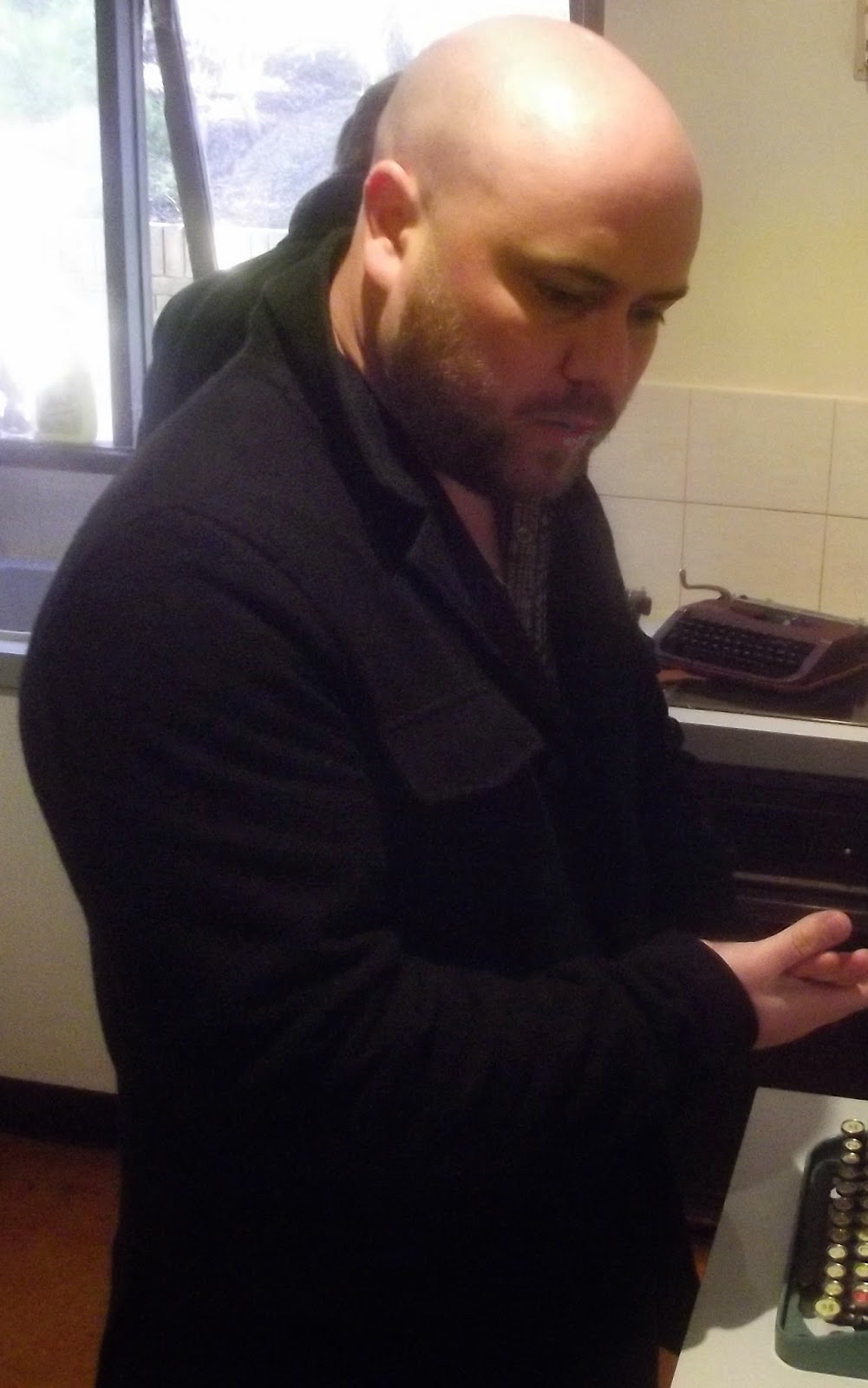 On this chilly Canberra Sunday afternoon, Ray Nickson warms his hands and contemplates what he'll write on a duotone green Remington portable. In the background is his daughter Cynthia's early model burgundy Princess. 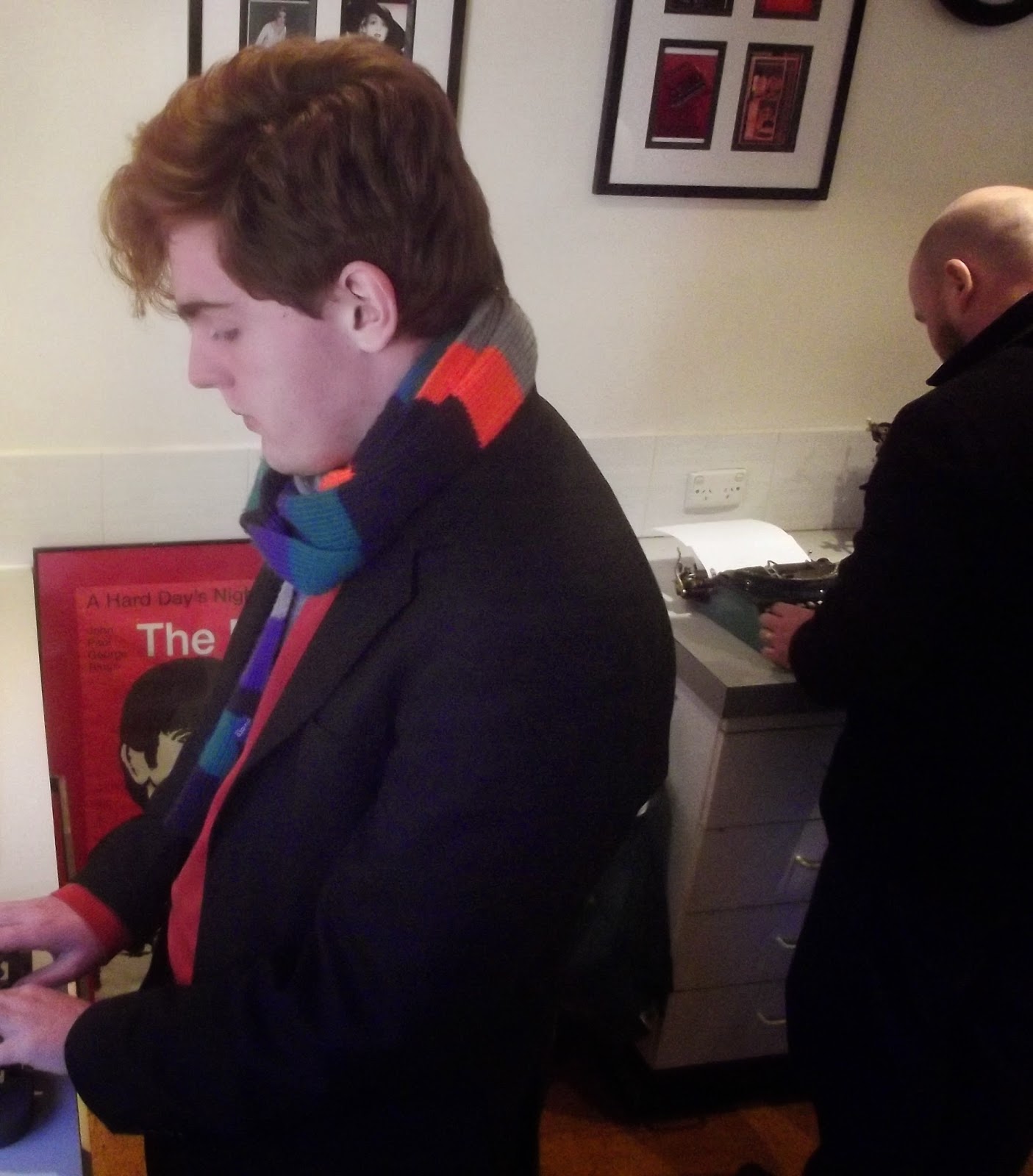 Jasper Lindell, meanwhile, is delighted to find purple ribbon on an Underwood Universal portable.
With Jasper Lindell back from Germany and Ray Nickson back from Adelaide, the opportunity arose yesterday to introduce these two Canberran typewriter enthusiasts to one another and to get them typing together at the Australian Typewriter Museum. 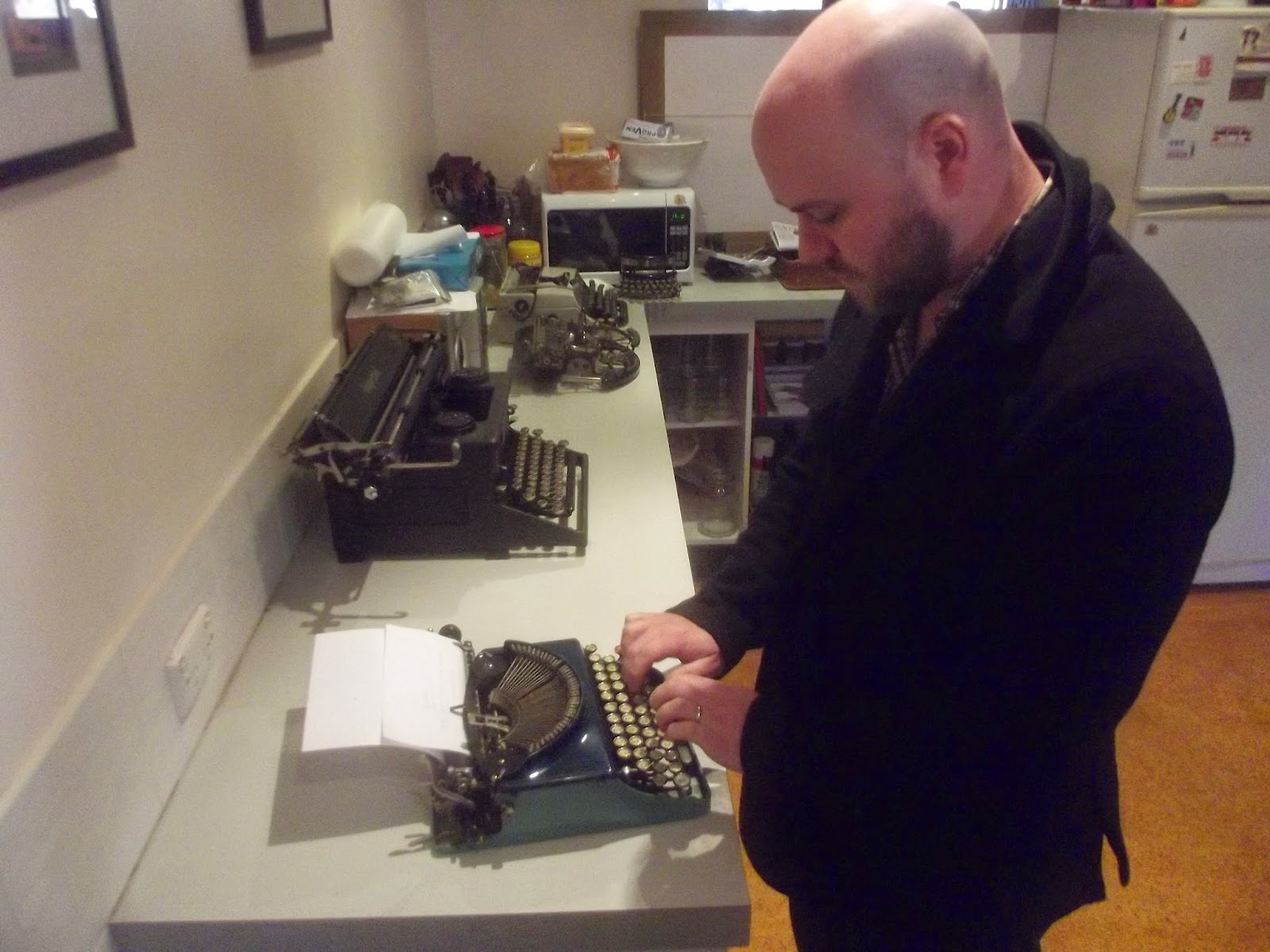 Ray with the Remington. Beside it is a wide-carriage Imperial Model 50 standard and an Imperial Model B portable, with which I gave quick demonstrations of changing the keyboard-typebasket and "mounting" and demounting.
But, while a wide range of typewriters were given a workout, the event was perhaps much less of a Type-In than a Typewriter Gabfeast. Either way, a very pleasant four hours went by with little else but typewriters on the agenda. Unfortunately Ray’s American wife Alice, also passionate about typewriters, was unable to attend, as baby Cynthia required her attention elsewhere. Maybe another day … 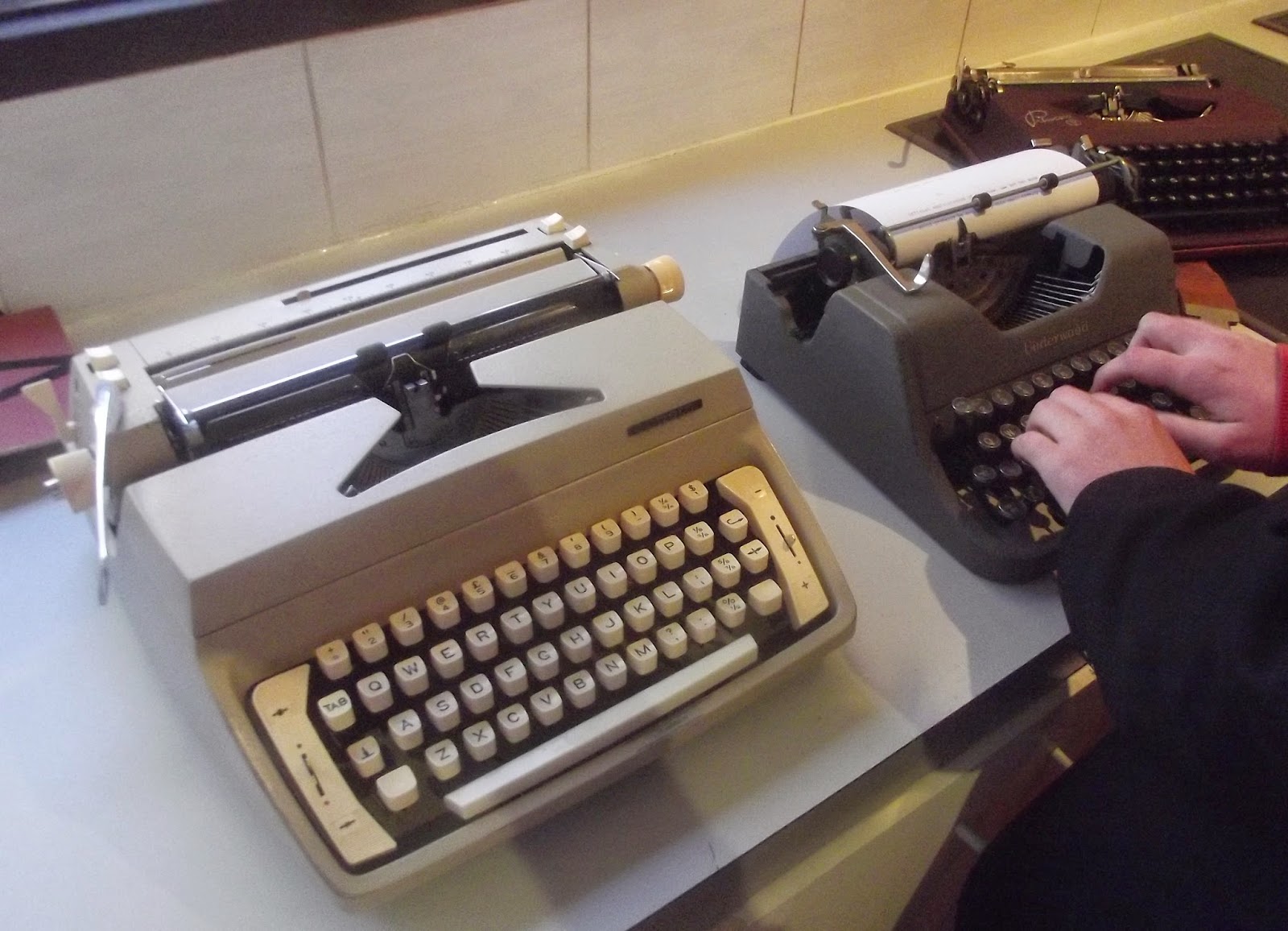 Jasper comes to grips with the Underwood
Ray did arrive with this fantastic and unusual Consul 222.2 semi-portable, which he bought for me in Adelaide more than a year ago. I didn't have much of a chance to type with it, but it's in excellent condition and the little time I did spend with it left me with a very favourable impression of this Czech writer. I will definitely post on it soonish. 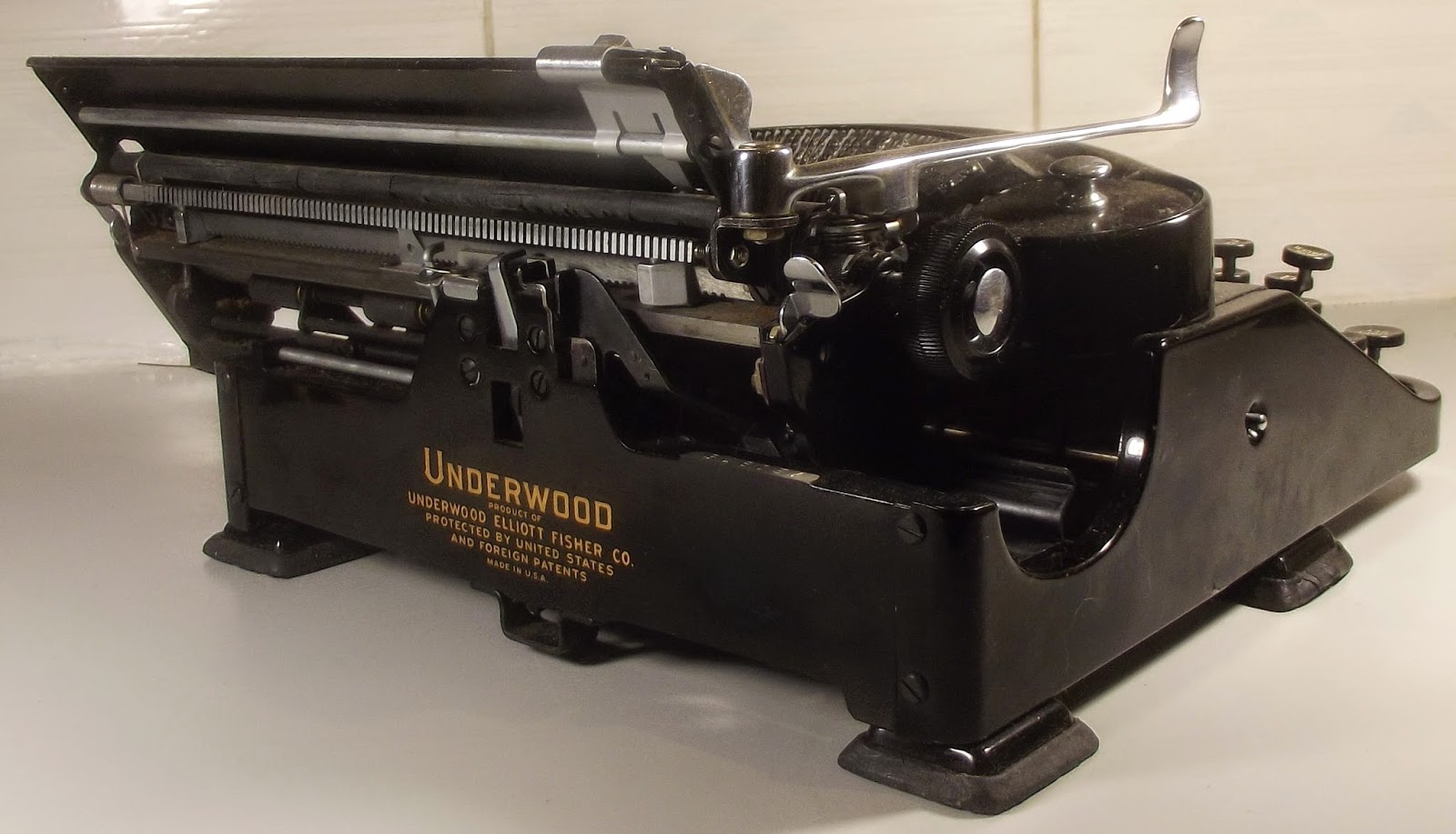 Ray, a Hemingway aficionado, met Alice when one day he saw her reading The Old Man and the Sea at a bus stop. It was a conversation starter that, in the goodness of time, led to them getting married in the US. Alice’s father, hearing about Ray’s liking for Hemingway, made an inordinate effort to not just find out Hemingway used an Underwood Noiseless 77 (image above) but to find one in pristine condition as a wedding gift and “welcome to our family” gift for Ray. 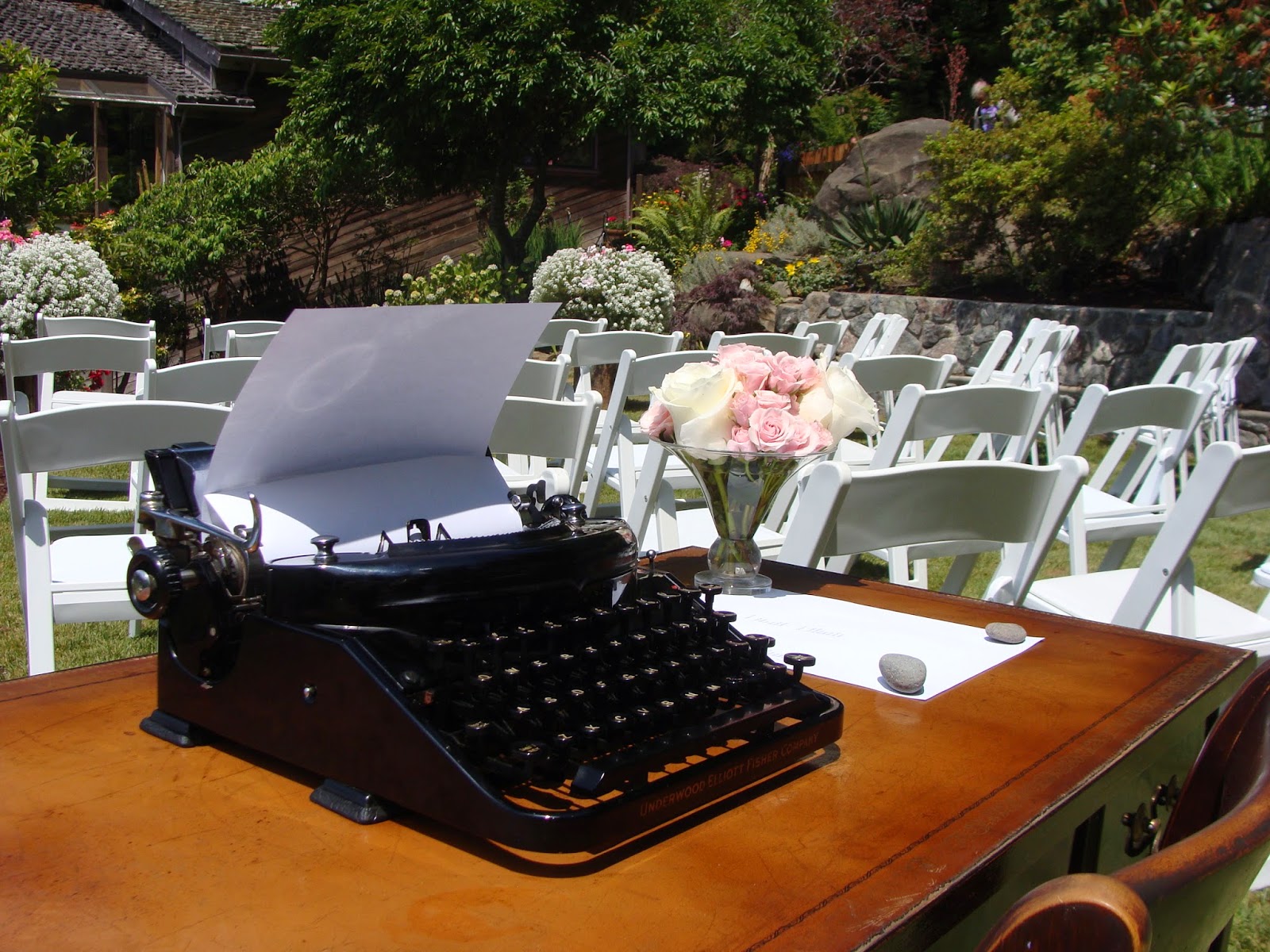 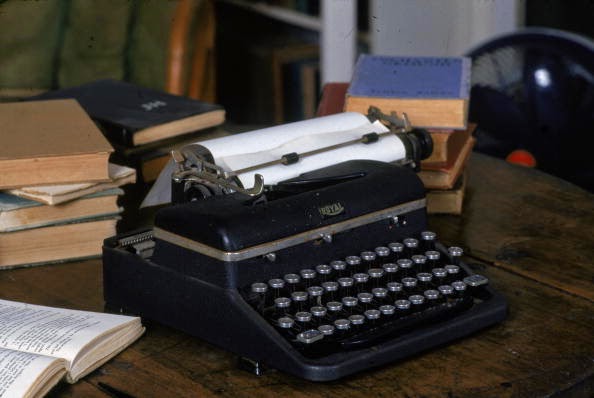 The Hem Royal Marty Rice saw in Key West, Florida, last year
So inevitably Hemingway squeezed his considerable bulk into our long conversation today. As did Typospherian Martin Rice’s somewhat controversial Tlogging in the 21st Century views on big Papa Hem. As a distant salute to Martin, the world’s No 1 advocate for Olivers, we dragged an Oliver No 5 from the shelf, dusted it off and used it to write some missives to Johnstown, PA. Marty, they’ll be in the mail soon! 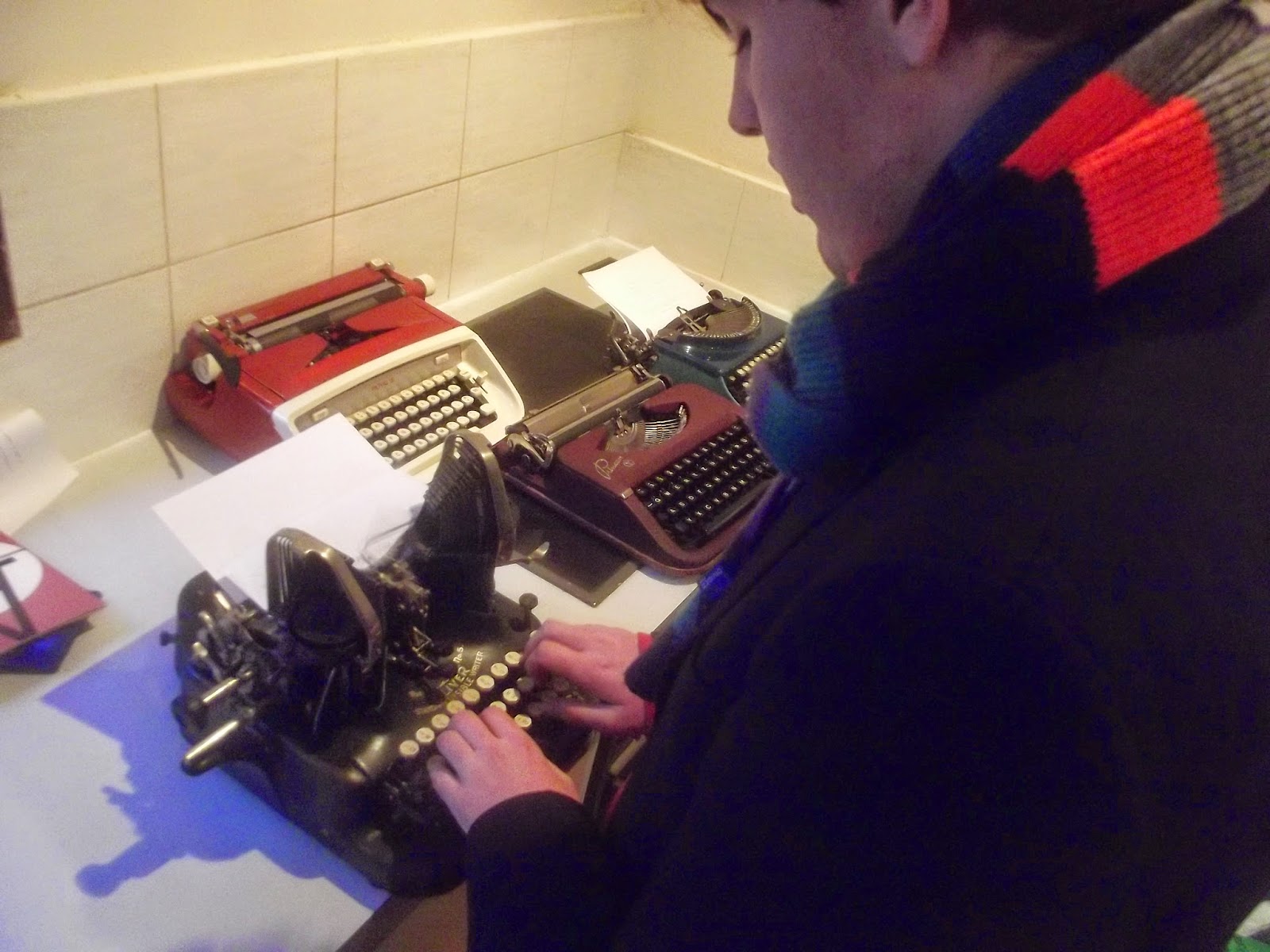 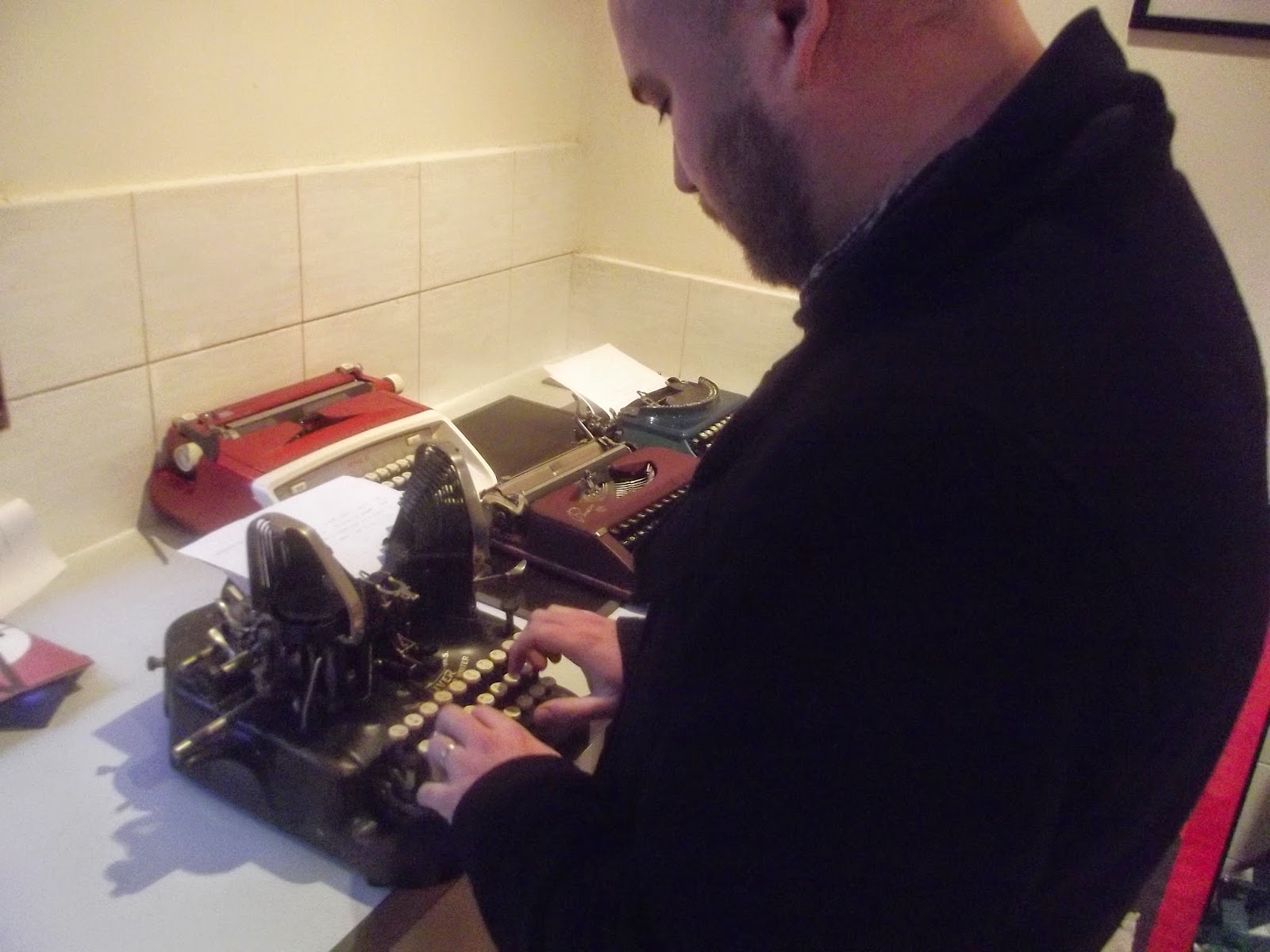 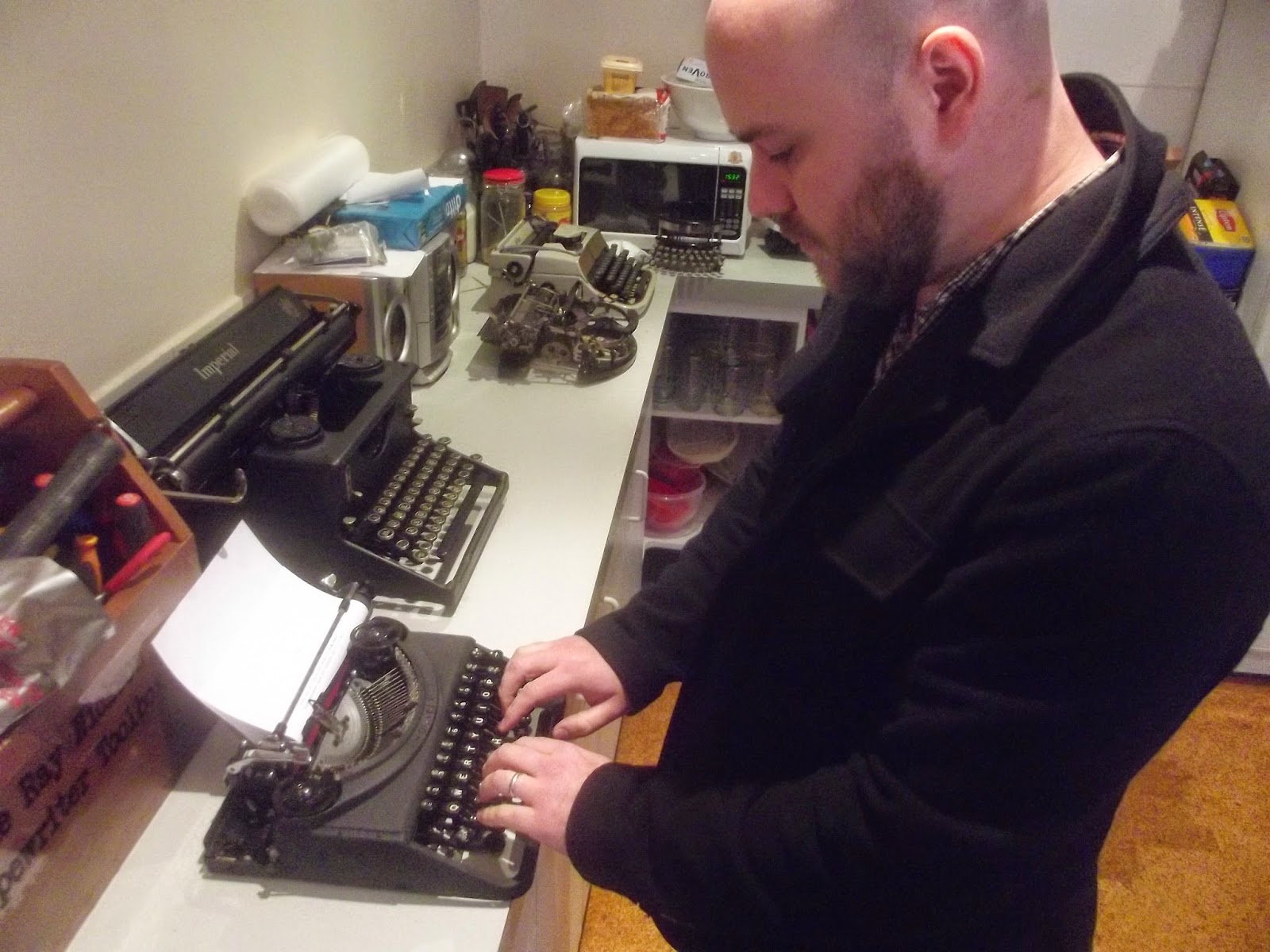 Ray types on an Oliver portable in front of the "Ray Nickson Typewriter Toolbox", given to me a few years ago. 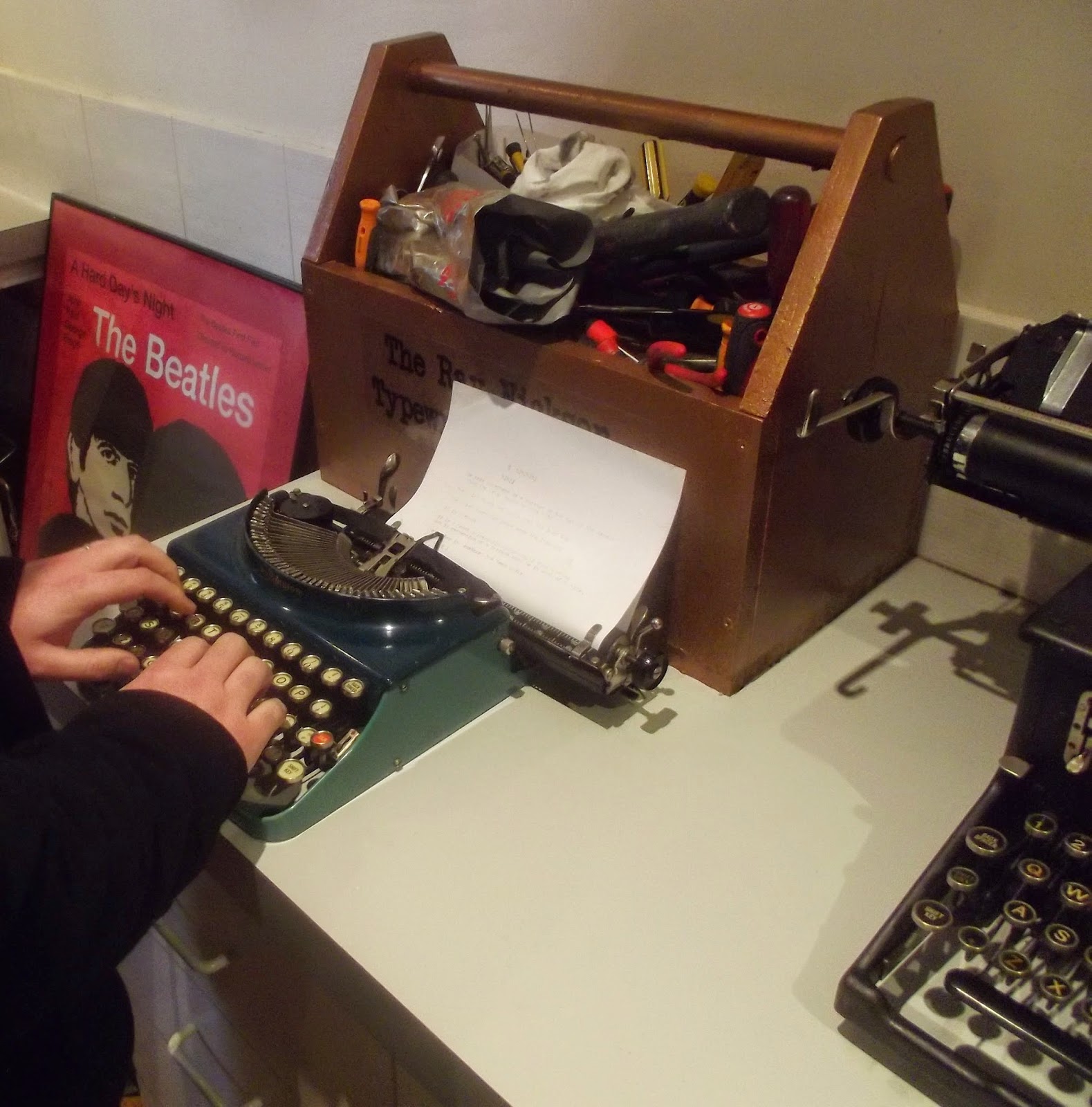 Below, Jasper with another one of the disproportionate number of Oliver portables in this house. Give me one Patria in exchange for the lot, please! Well, OK, leave me one.  Also in shot is a Litton Royal Custom. 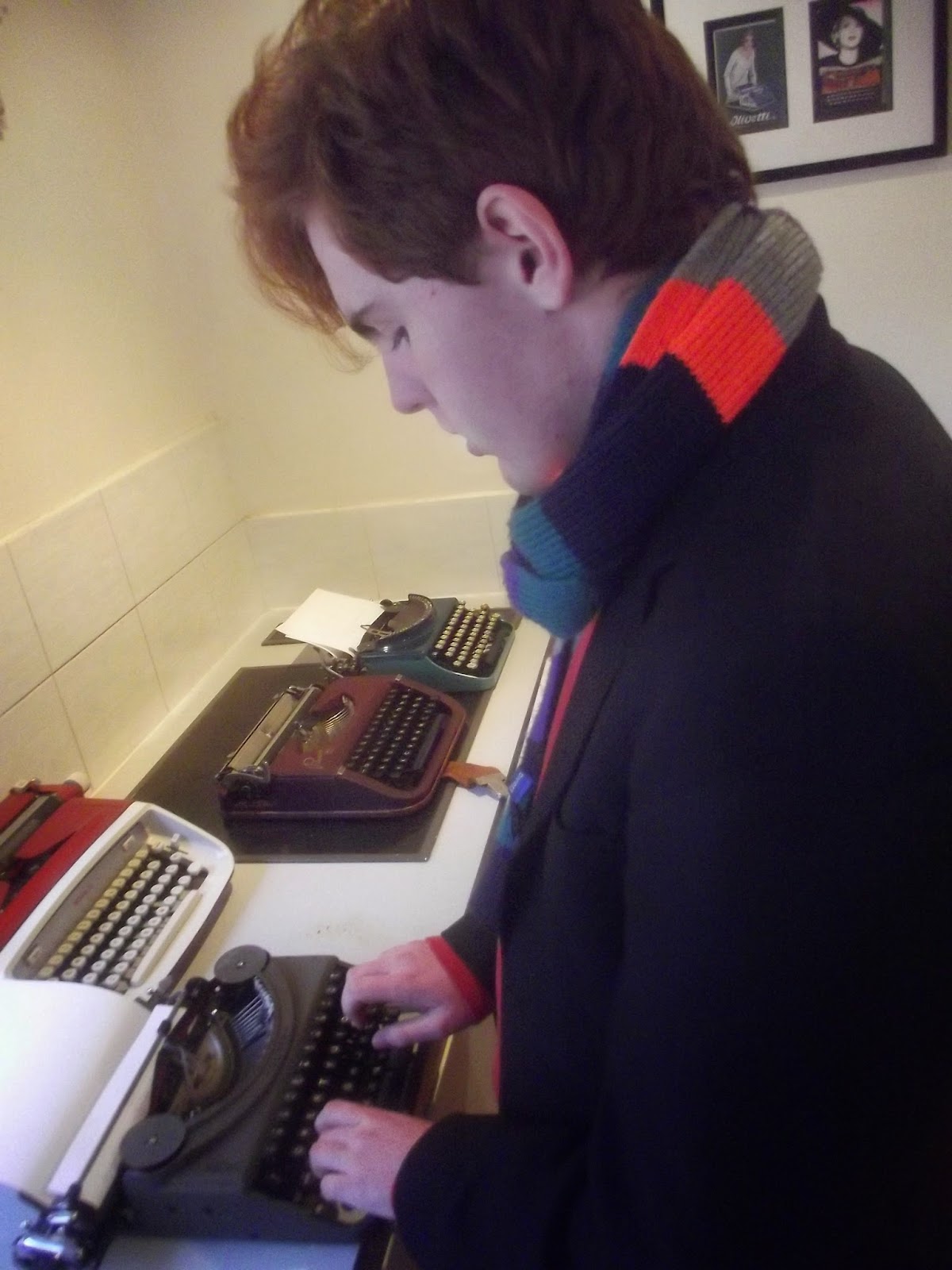 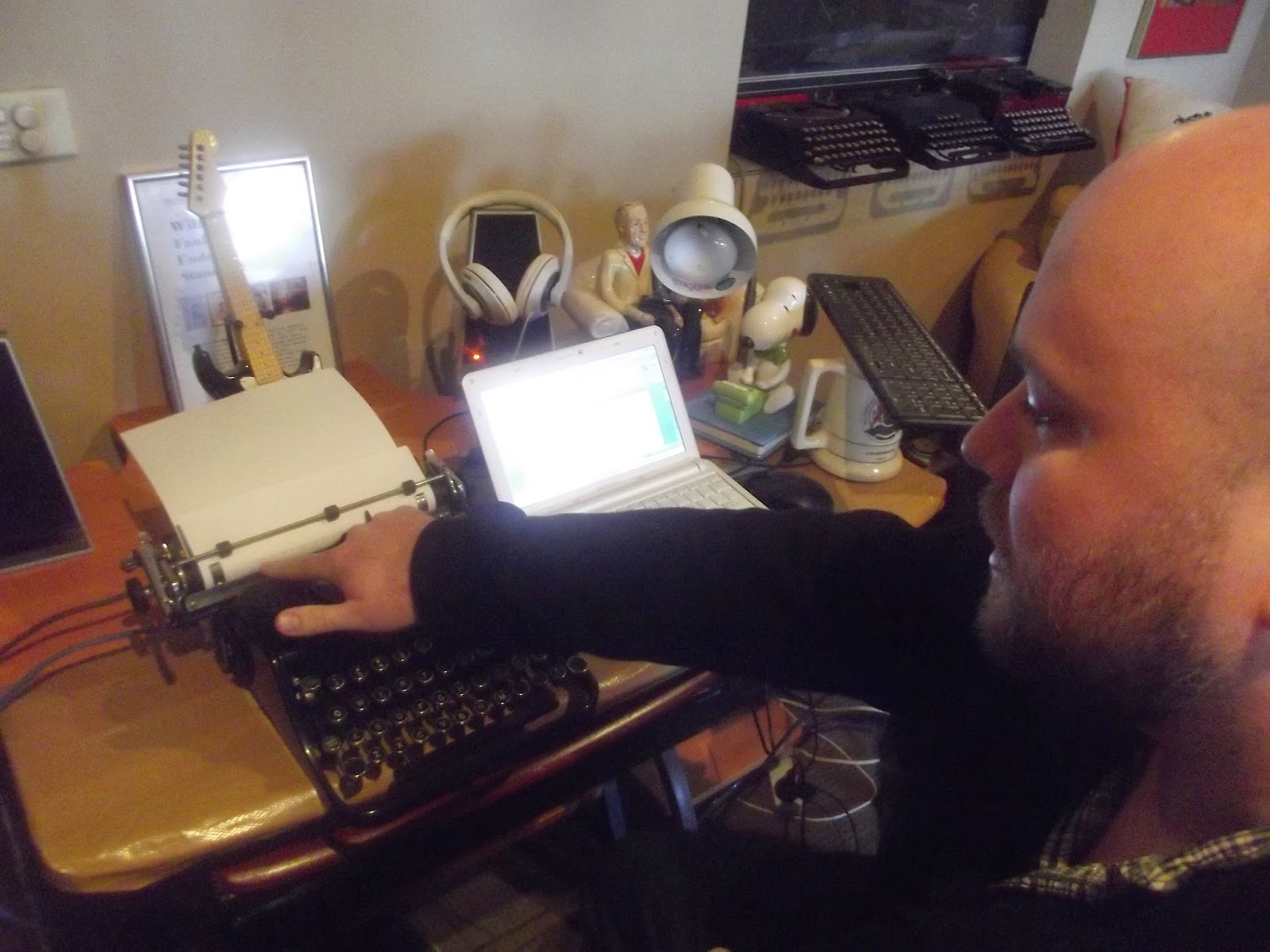 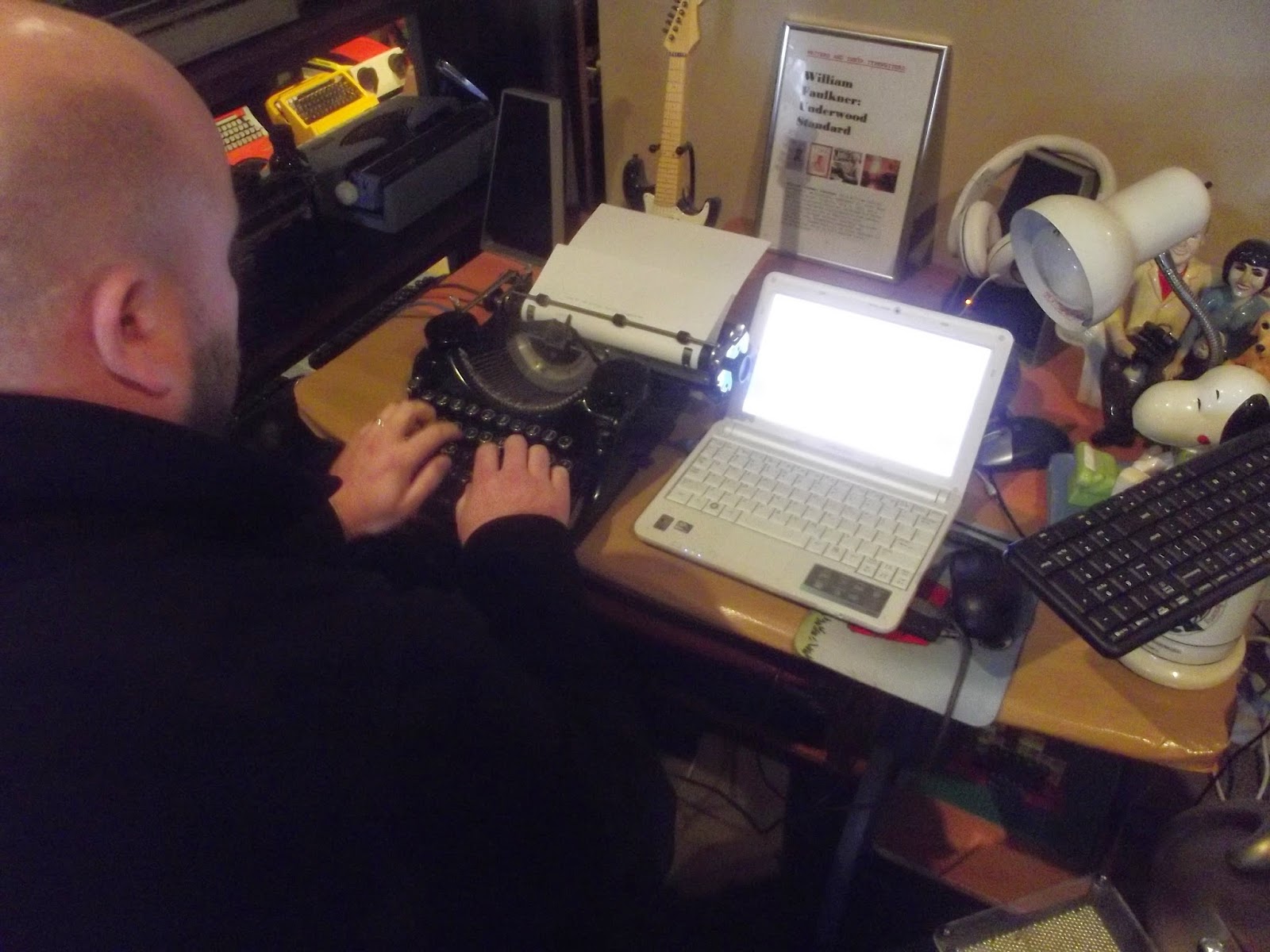 During a tour of the museum, Ray had fun trying out the Underwood USB typewriter and his daughter’s gift from the ATM, an early model burgundy Princess. He took home with him an Underwood Universal originally sold in Rangoon  in Burma (now Yangon in Myanmar). 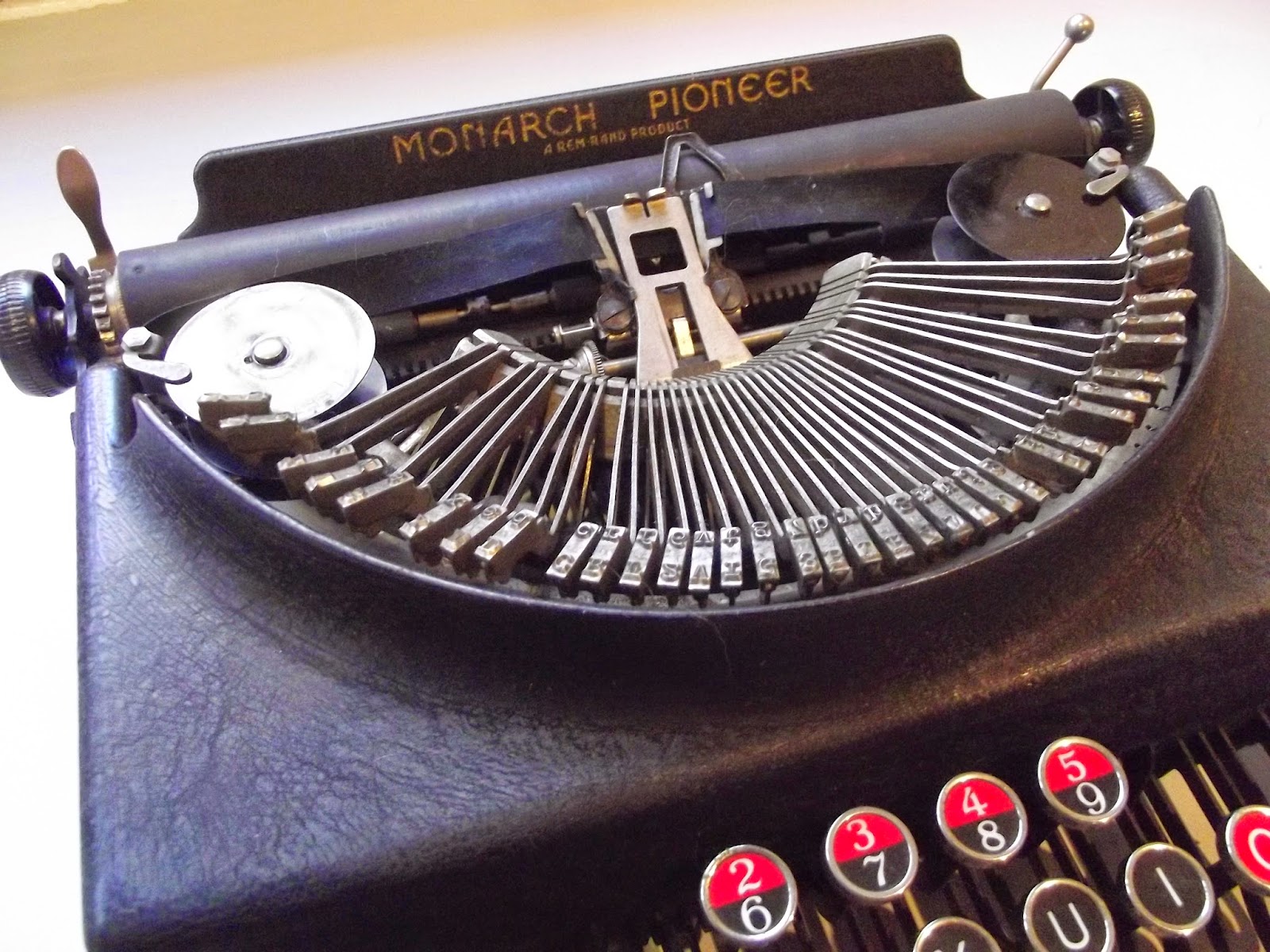 We had a close look at some special Corona 3s, the Fox, Bijou and Perkeo folding portables, Monarch Pioneer (a close relation to the Remington 3B Ray owns but has yet to collect in the US) and Remie Scout, Noiseless portable, Erika 9, Sun No 2, Salem Hall, Hermes Featherweight, Brosette, Winsor, Olympia and Optima Planas and Olivetti Pluma 22, the Senta, Masspro, Astoria, Tradition, Rooy, Remington 2 and New Yost. But there are still many, many more to get to on return visits. 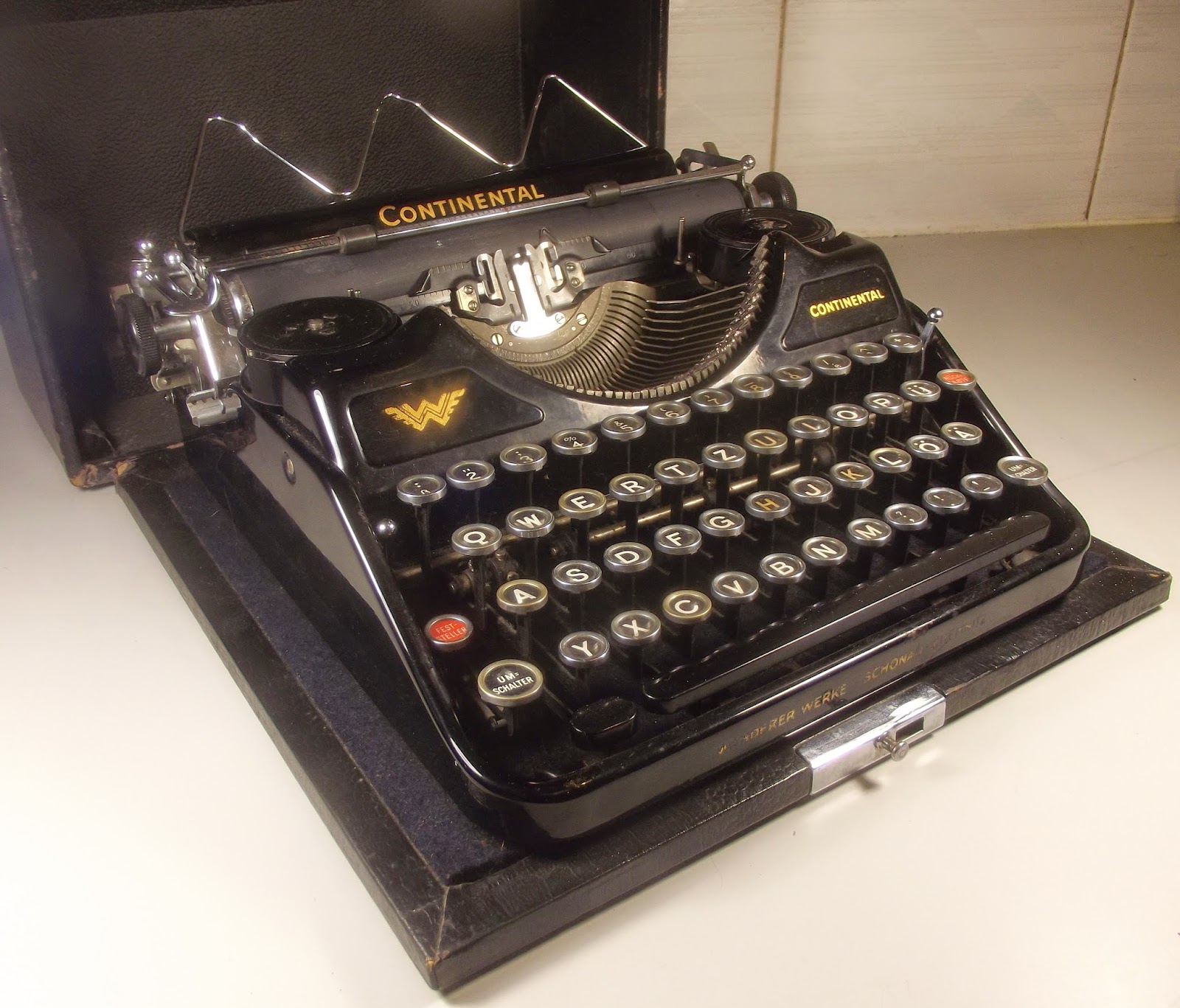 Jasper arrived with the gorgeous Continental portable he brought back with him from Germany, which appears to have a small problem, with a ball bearings frame protruding out from under the right side of the escapement rack.
Posted by Robert Messenger at 21:34

Robert, I will definitely bring you a Patria when I come to Canberra. Thank you for reporting on what seems a delightful typospherian event.

Looks fun! (Must be cold, though, given the clothing.)

That Consul 222.2 has a really unusual look.

Ha! Ha! Robert! What great fun! And what great typers! Wish I could have been there! And thanks for mentioning me, Olivers, and my views on Hemingway. Reading a Hemingway novel is a lot like watching the U.S. TV show Seinfeld. It’s about nothing. … But, at least Seinfeld was funny. People do enjoy the _Old Man and the Sea_ and that was a masterpiece, but it wasn’t written by Hemingway, but by A.E. Hotchner!! Just look at how different the style is from his piece before that, _Across the River and into the Trees_, or a real bore like, _The Sun Also Rises_ and his WWI drunk-fest, _A Farewell to Arms_. I’ll have more to say about all that in an upcoming Tlog. Hemingway’s third wife, Martha Gellhorn, called him a “mythomaniac” which is a nice way of saying “liar.” Even Hotchner, his friend of his last 15 years and biographer said he couldn’t tell where the truth ended and the stories began. But, I look forward to getting the real typed letters and for sure I will answer them. My address appears on both the Tlog and my new fountain pen blog, or “plog” entitled, “Plogger!”

In my experience there's always more talk than typing at a type-in. XD

I look forward to your post on the Consul!

Good you could all get togther and enjoy some typing and typeversation.