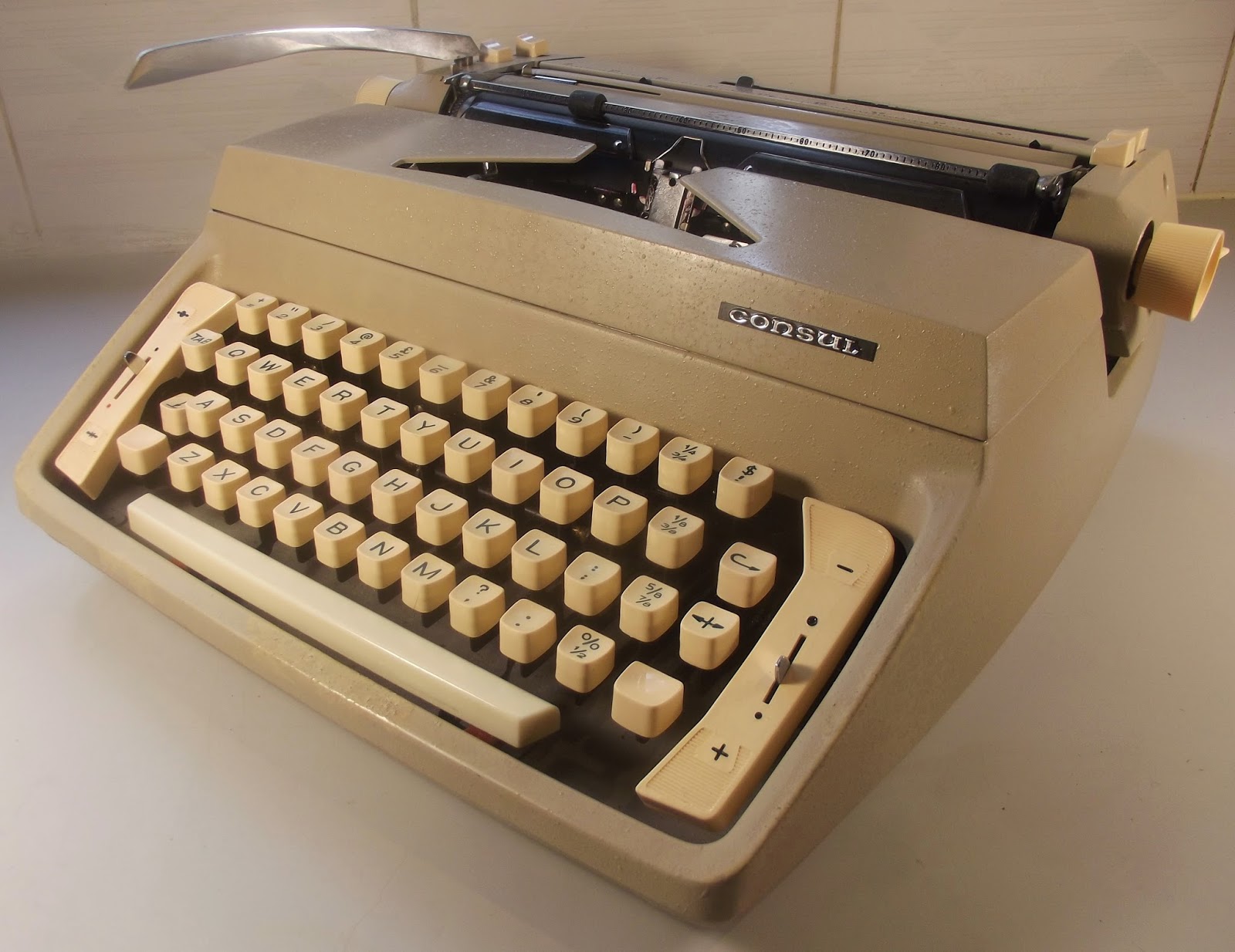 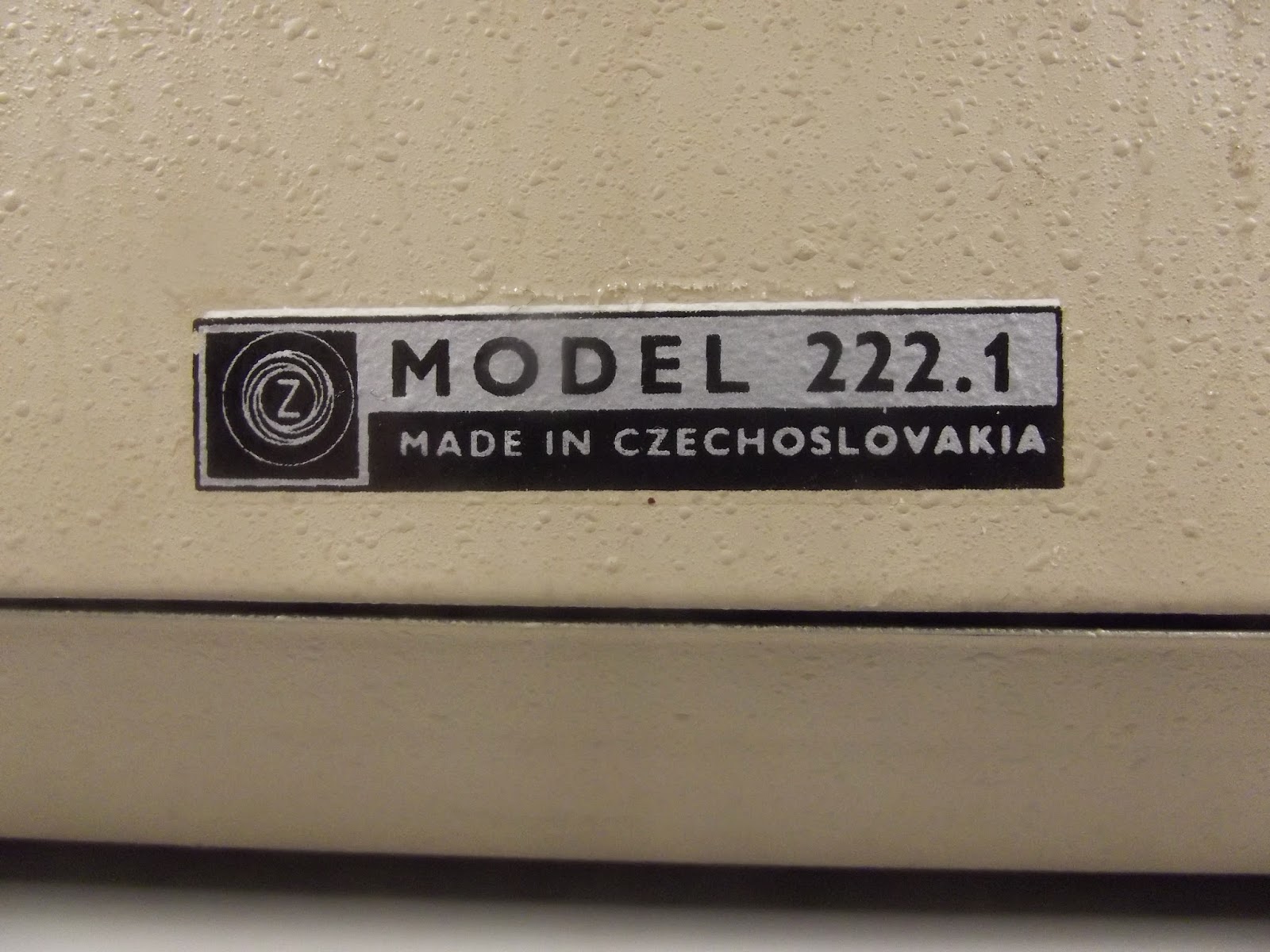 This Consul 222.1 semi-portable typewriter (serial number A49496), along with its wide-carriage partner the 222.2, and the 222.3 and 223.1, were the last of the Consul portable models made, ending a line of impressive machines dating back to 1959.
The 222.1 and .2 and the 223.1 were first produced in 1972, at which time Czechoslovakian manufacturer Zbrojovka Brno would appear to have still been, somehow, operating outside the overarching umbrella of the Rady Vzájemné Hospodářské Pomoci (RVHP, the Soviet Union-controlled Council for Mutual Economic Assistance). However, the RVHP had taken full control of Brno by 1977, and 222s were still being made up to at least 1979. 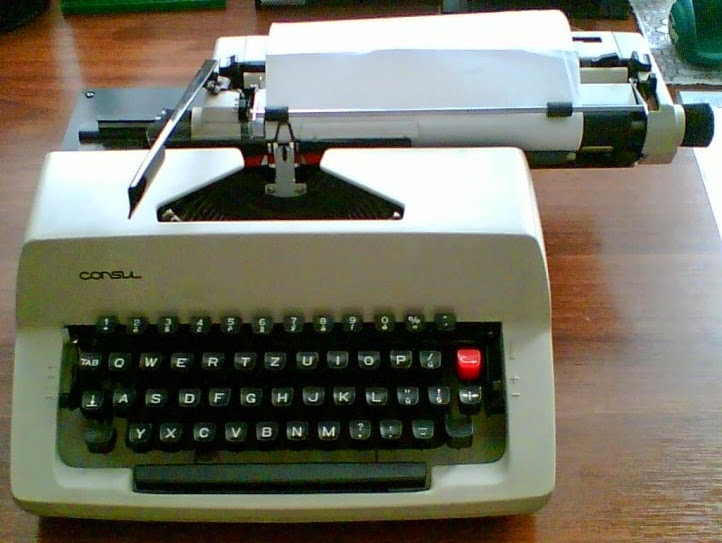 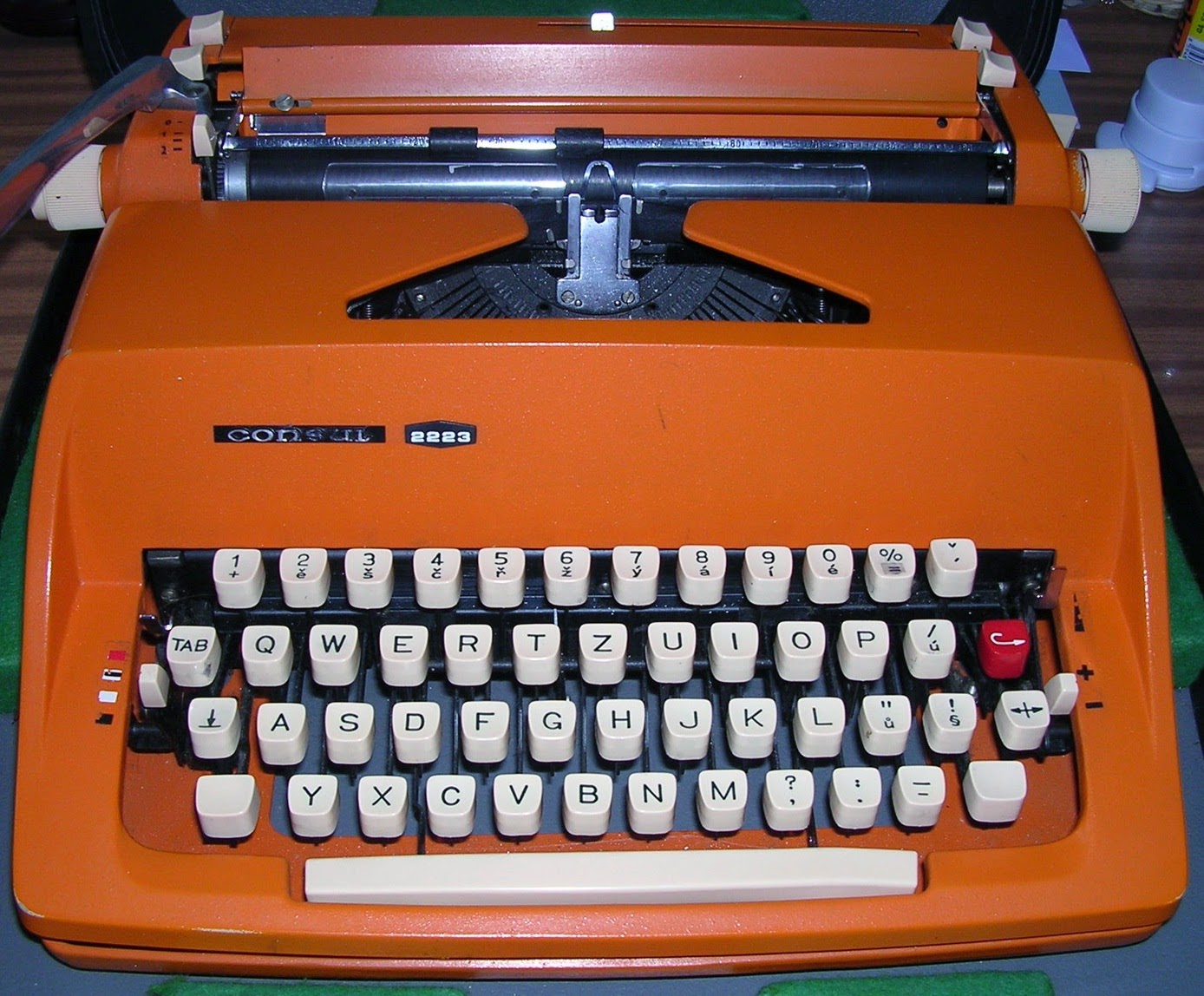 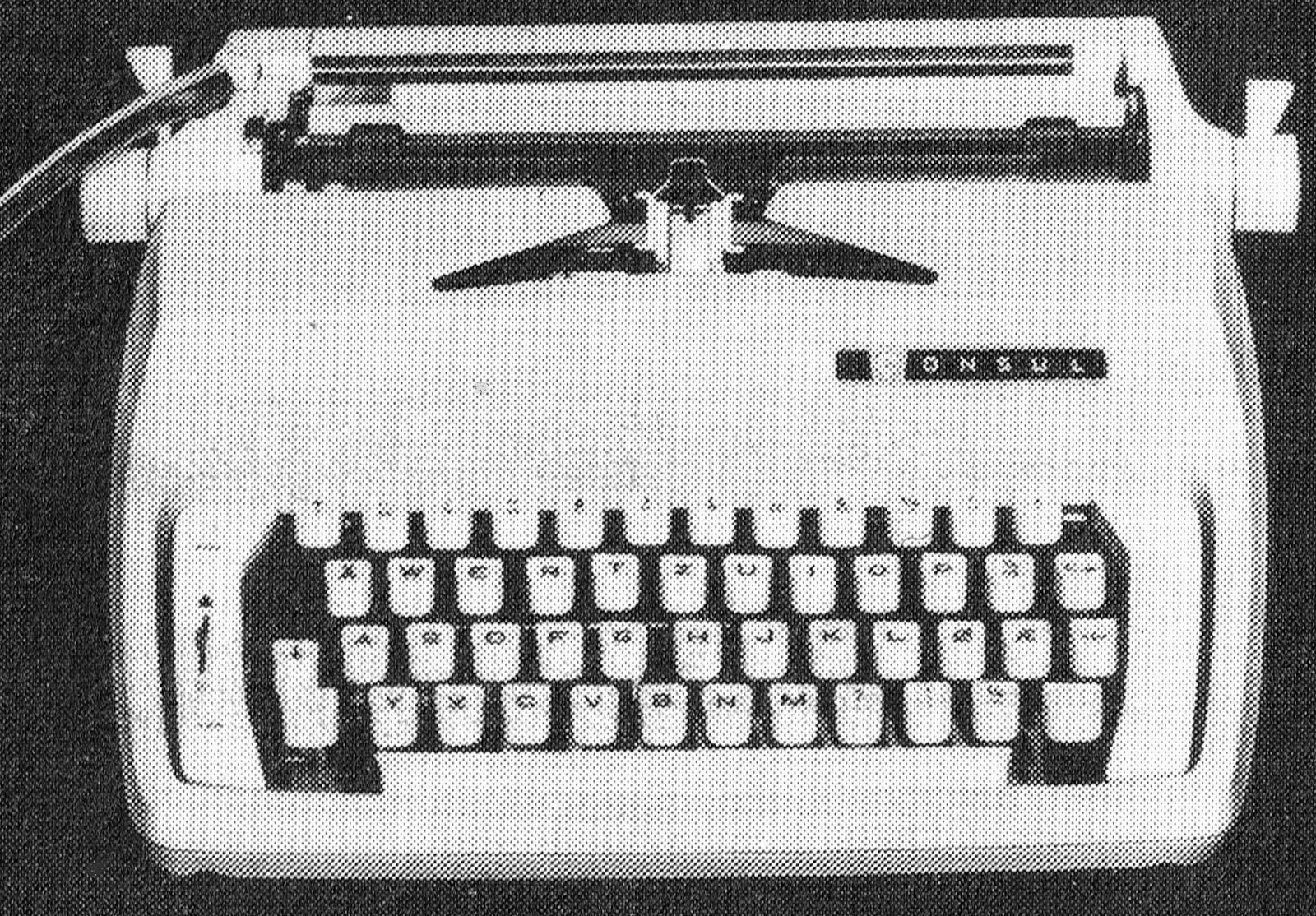 According to Beeching (1974), who was advised by Brno, this is a 223.1
RVHP, indeed, did not end production of typewriters until 1988, a year before the fall of the Berlin Wall. RVHP itself was dismantled in mid-1991. Czech typewriter production resumed from 1992-98 with the establishment of privately-owned REMAGG SrO, which became the largest manufacturer of mechanical and then electronic typewriters in Europe. In 1999 this company became known as ANTREG.
RVHP was formed by Josef Stalin in January 1949. It initially embraced Bulgaria, Hungary, Poland, Romania, the Soviet Union and Czechoslovakia and was a response to the Marshall Plan, the US-funded (largely Western) European Recovery Program. Of the six founder RVHP countries, between 1918-1939 Czechoslovakia had provided 90 per cent of overseas trade. In 1961 RVHP added Albania, and later East Germany, Mongolia and Cuba, and was also involved in Yugoslavia, Vietnam and North Korea. In the 1970s there was "cooperation" with Finland, Iran and Mexico.
From 1948-73 the national income of RVHP countries rose more than eight times and the volume of industrial production more than 12 times. In 1974 they shared one third of the world's industrial production - in 1950 it had only been 18 per cent. Nonetheless, mutual accounts were kept in a purely imaginary currency, since no one knew its true value. It may not have had one. As well, the share of non-competitive goods in RVHP countries (excluding typewriters, which East Germany and Bulgaria also exported) amounted to 70-90 per cent. Czechoslovakia, Poland and Hungary threatened to break free of RVHP in 1991, at the time of the collapse of the Soviet Union. But when the USSR did disintegrate, member countries received no share of RVHP-owned property (Reunified Germany claimed it was owed 6.5 billion "transferable rubles" and wanted to be paid in hard currency. But it was not possible to calculate the value of this amount.) 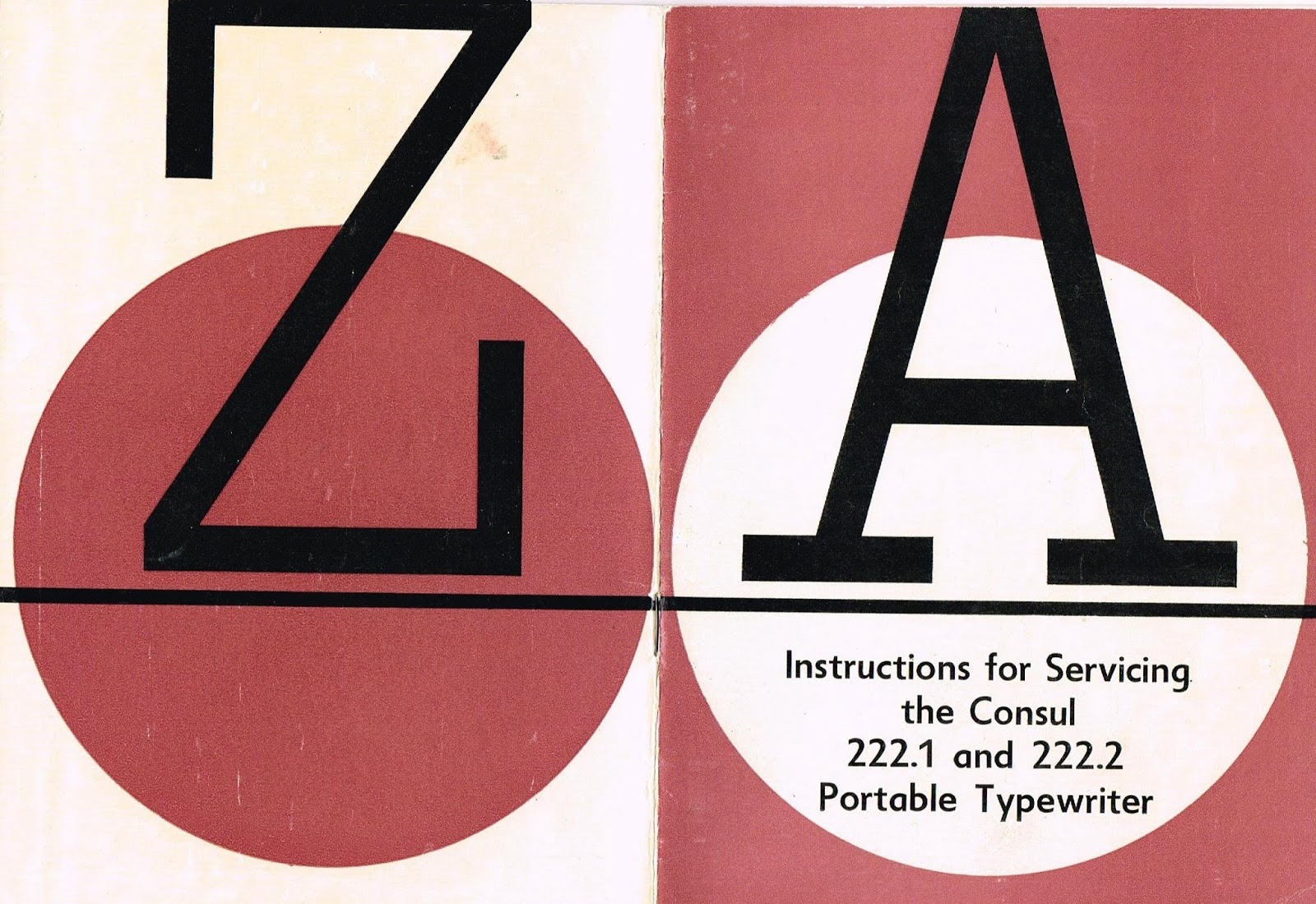 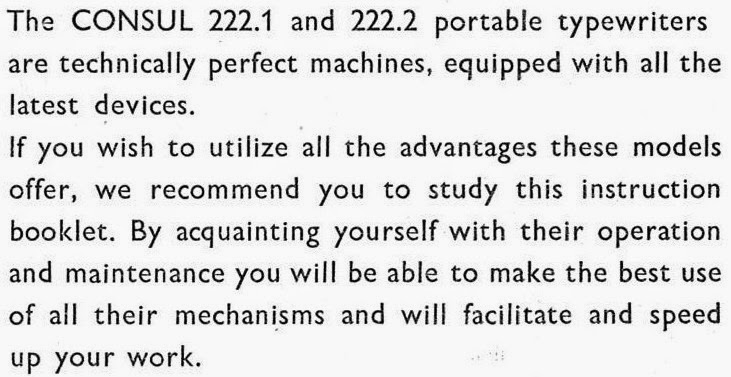 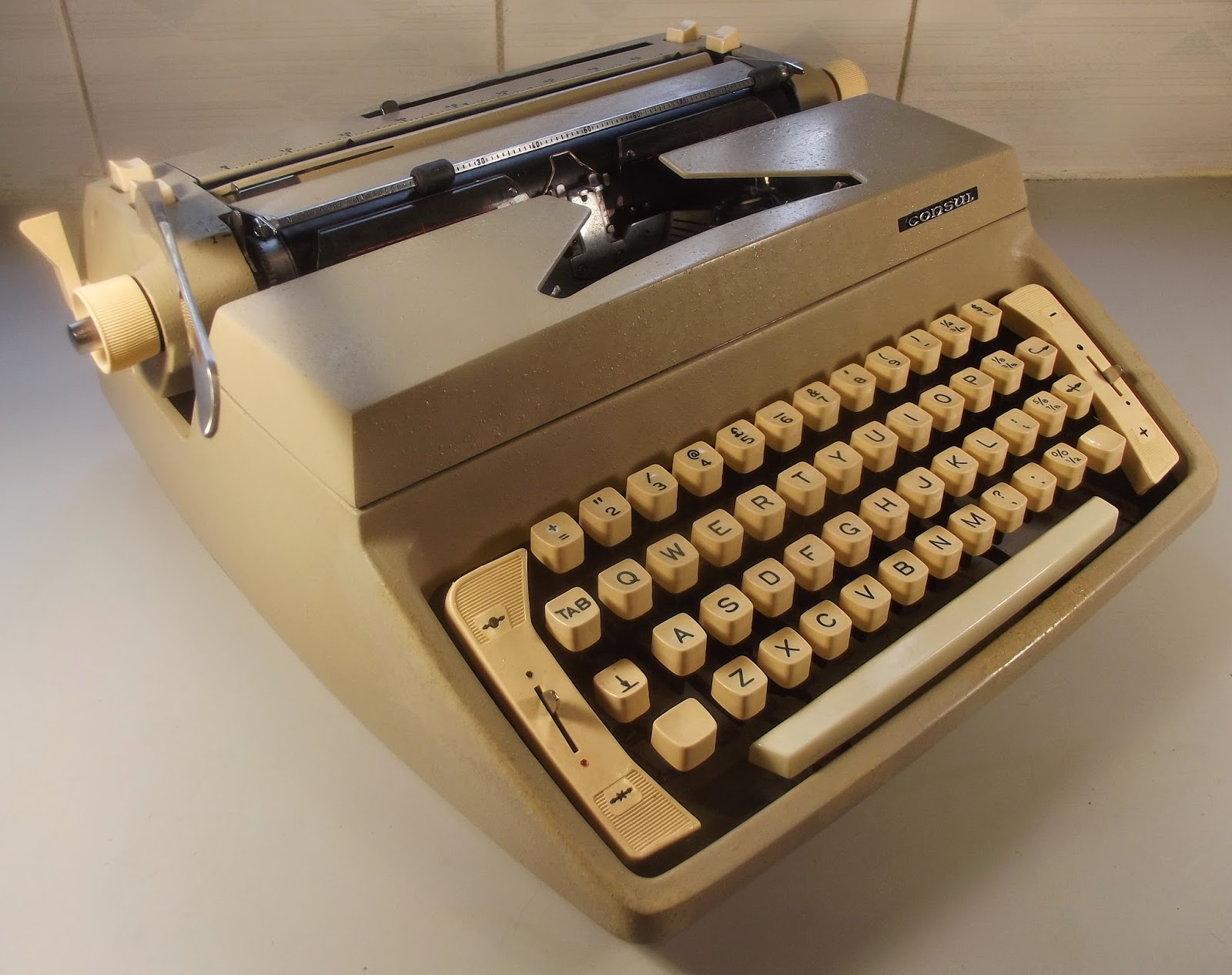 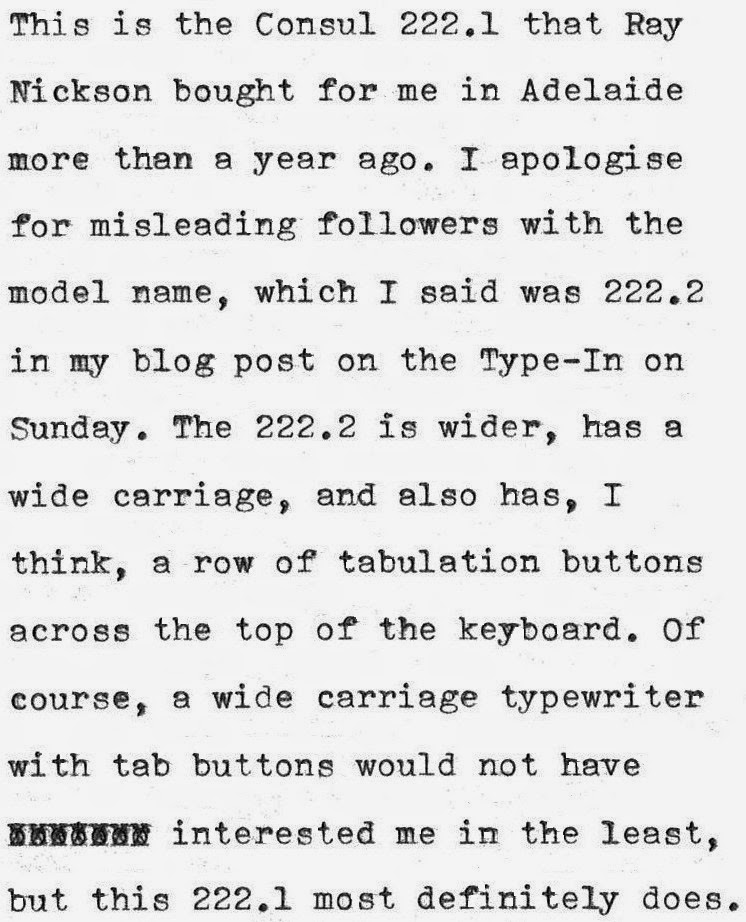 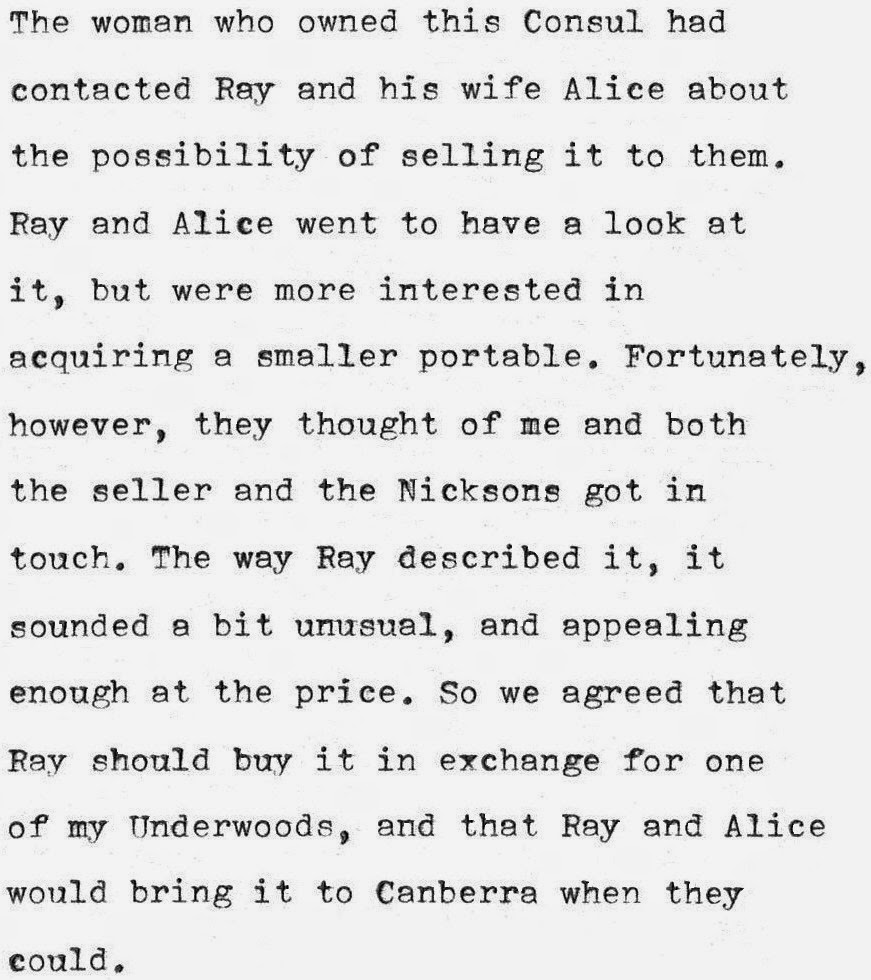 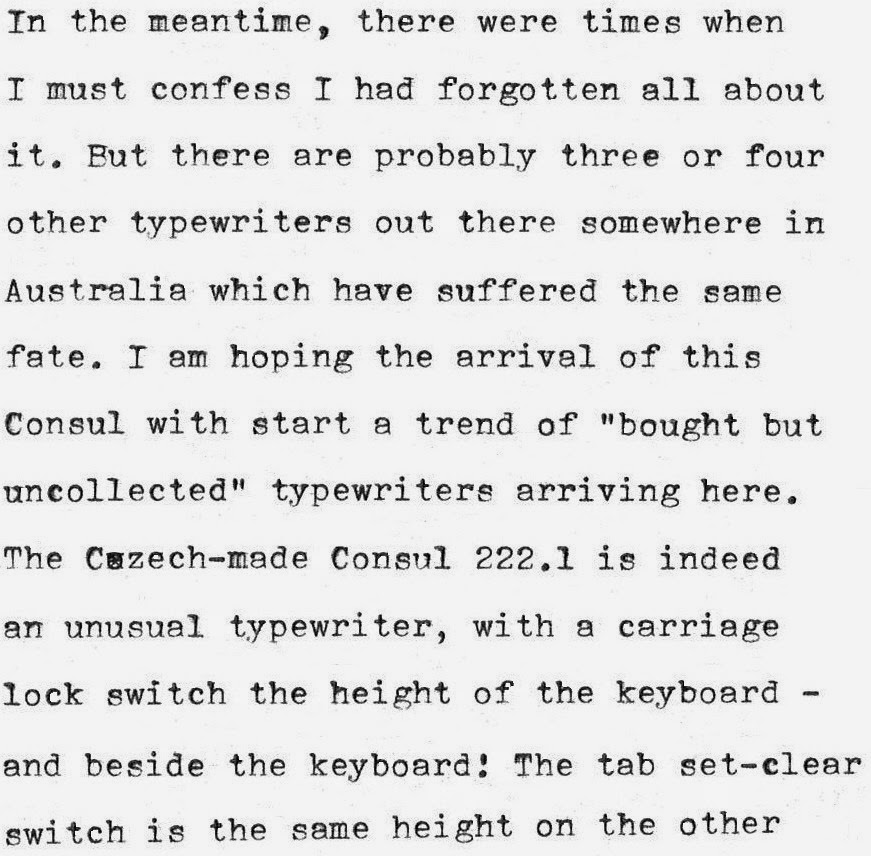 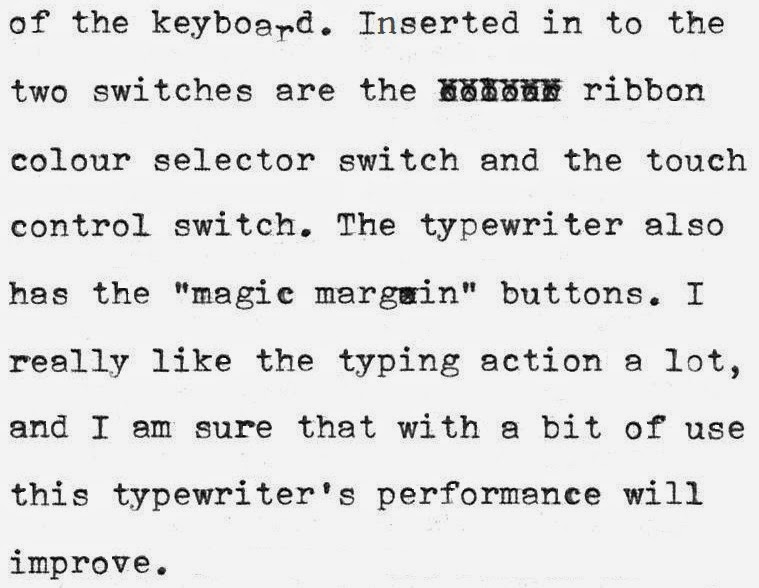 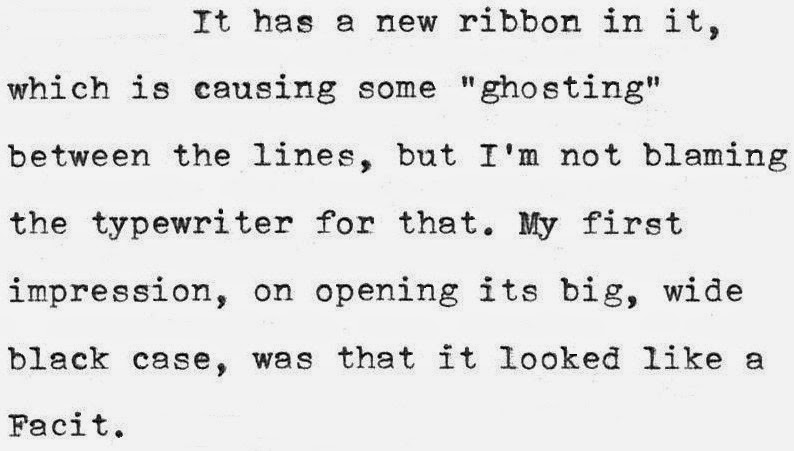 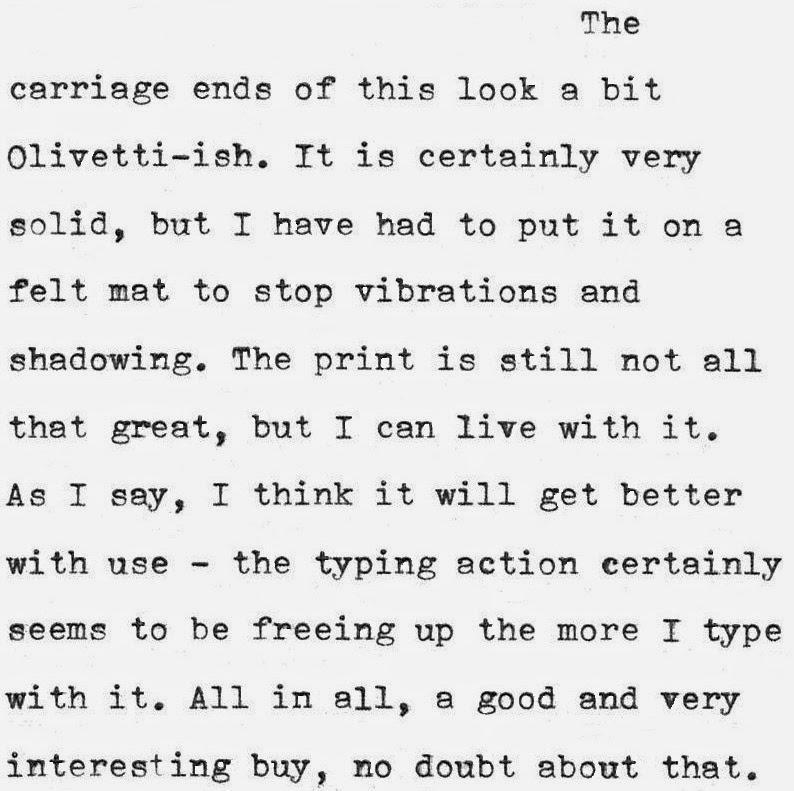 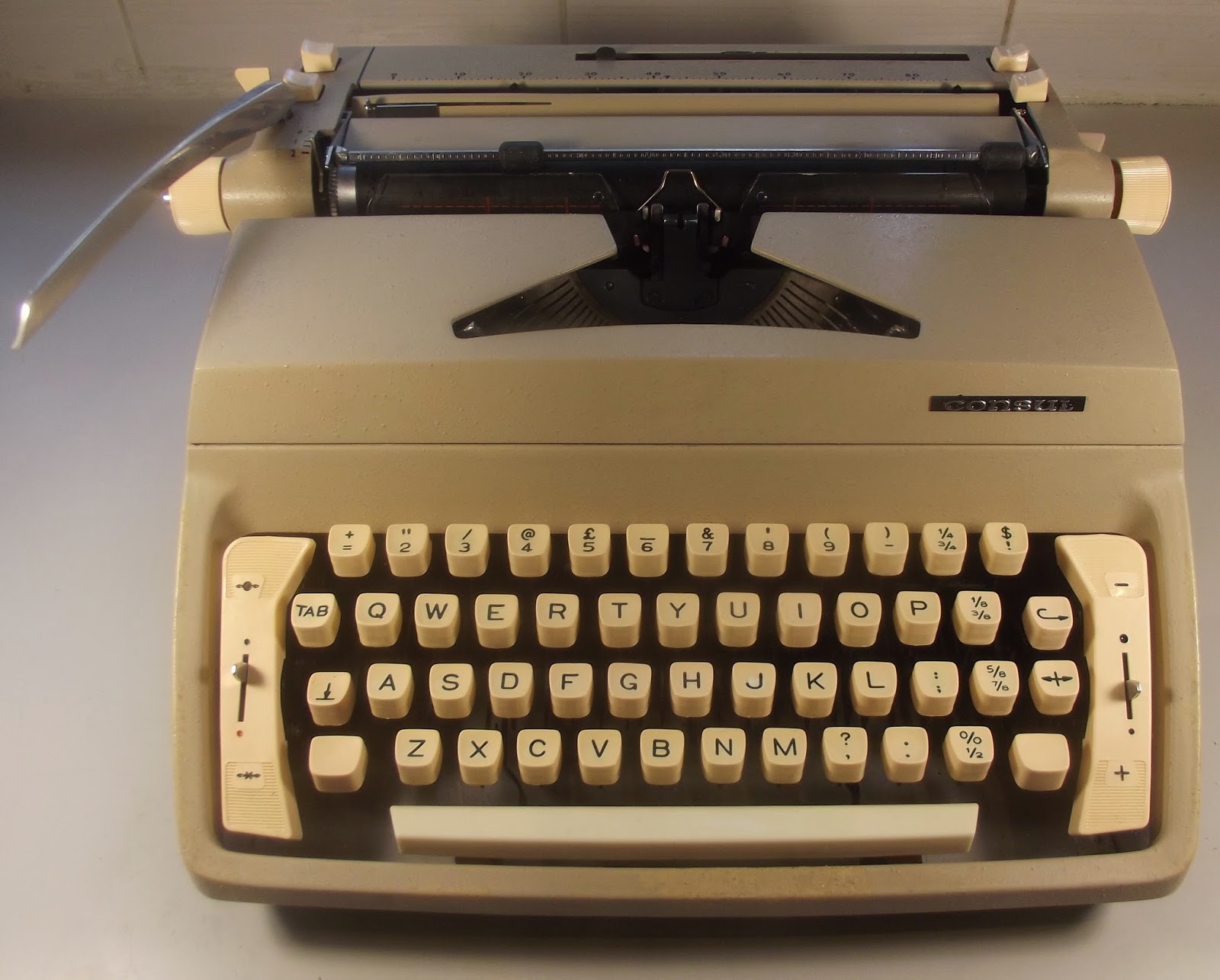 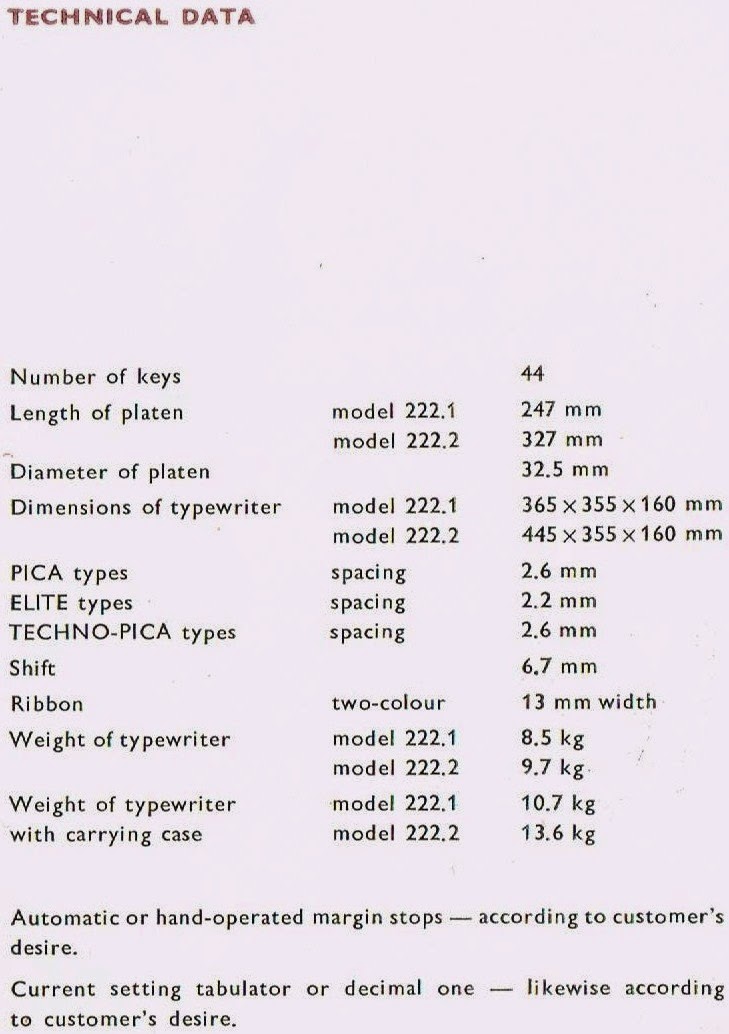 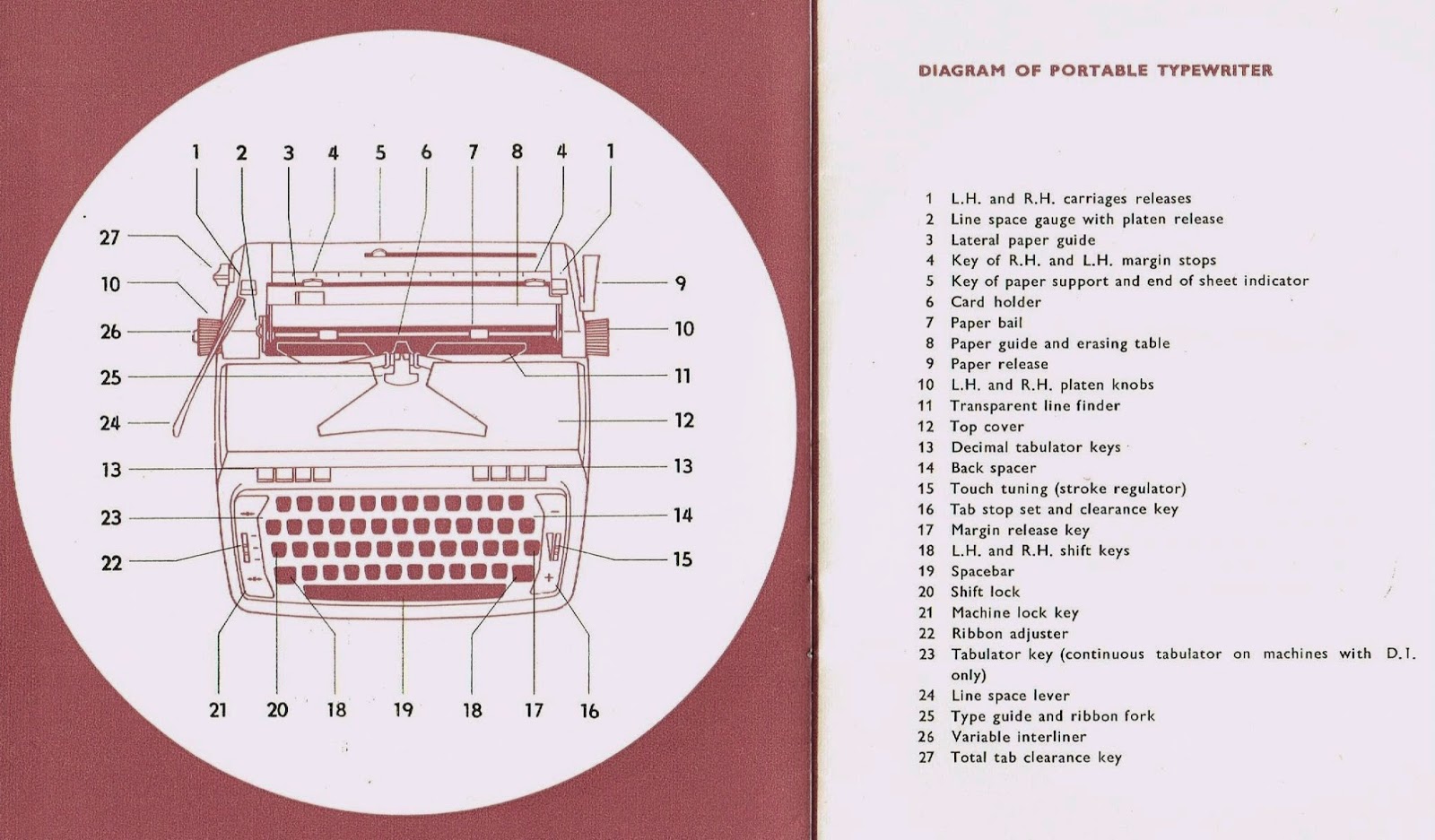 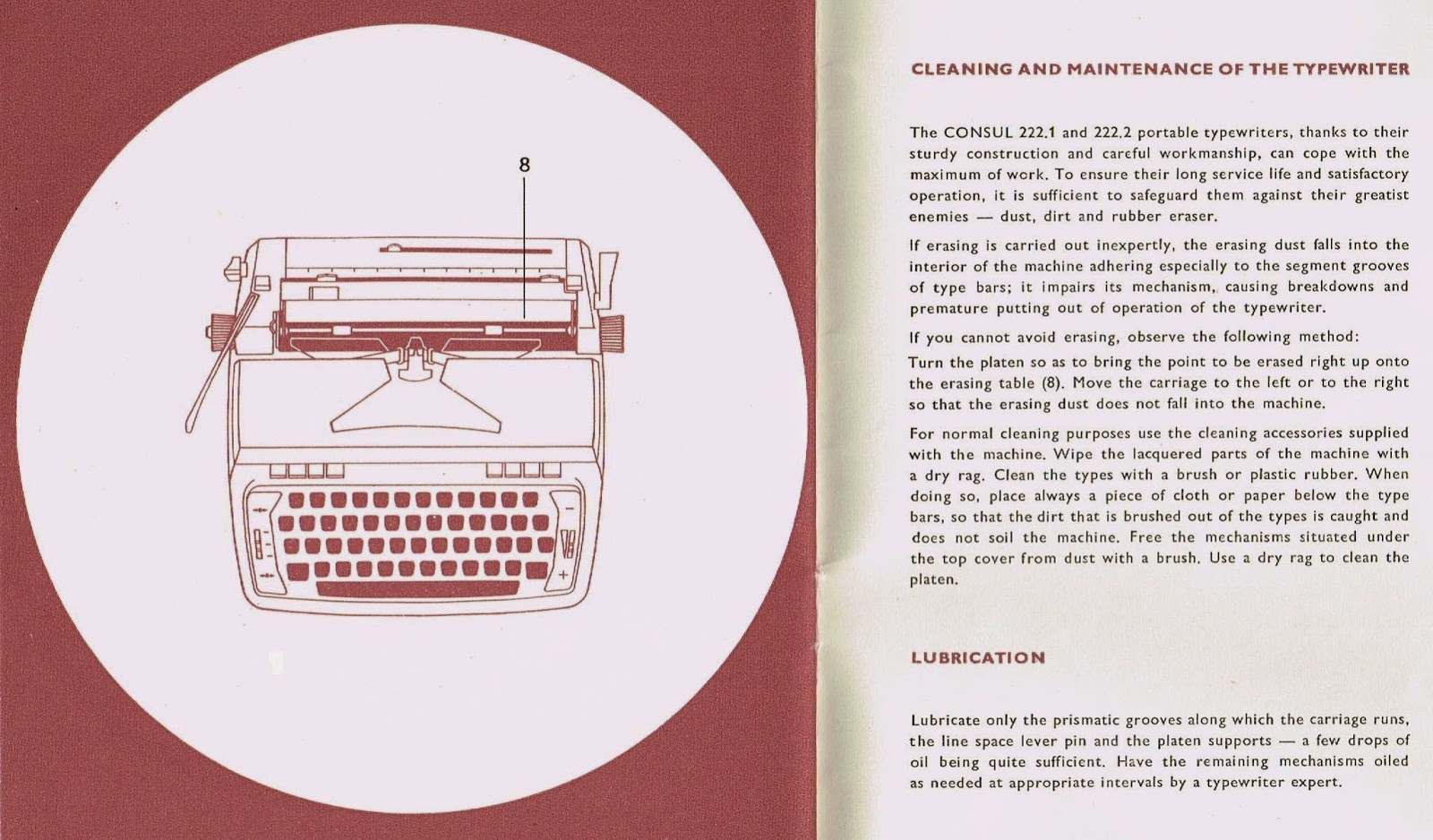 This blue vinyl bag of goodies was in the case. It includes what appears to be a block of type cleaner in a plastic box marked L. & C. Hardtmuth, Czechoslovakia. This company is now known as Koh-i-Noor Hardtmuth and is one of the world's largest producers and distributors of pencils, pens and art supplies. Formed in 1790 by Joseph Hardtmuth of Austria, in 1802 it patented the first pencil lead made from a combination of clay and graphite. Hardtmuth was absorbed by RVHP in 1949 but became privately held again in 1992 and was bought out in 1994 by the Gama Group. 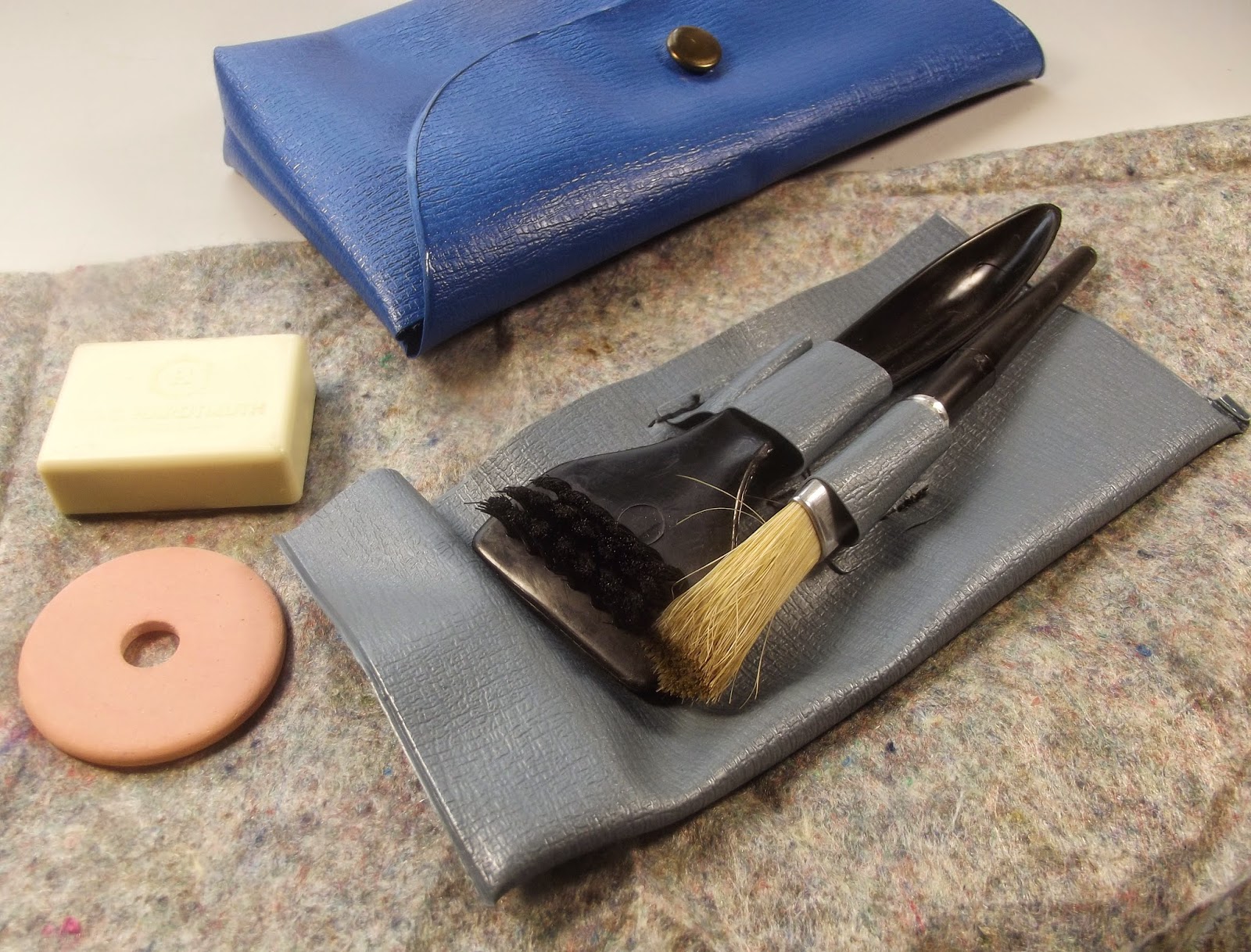 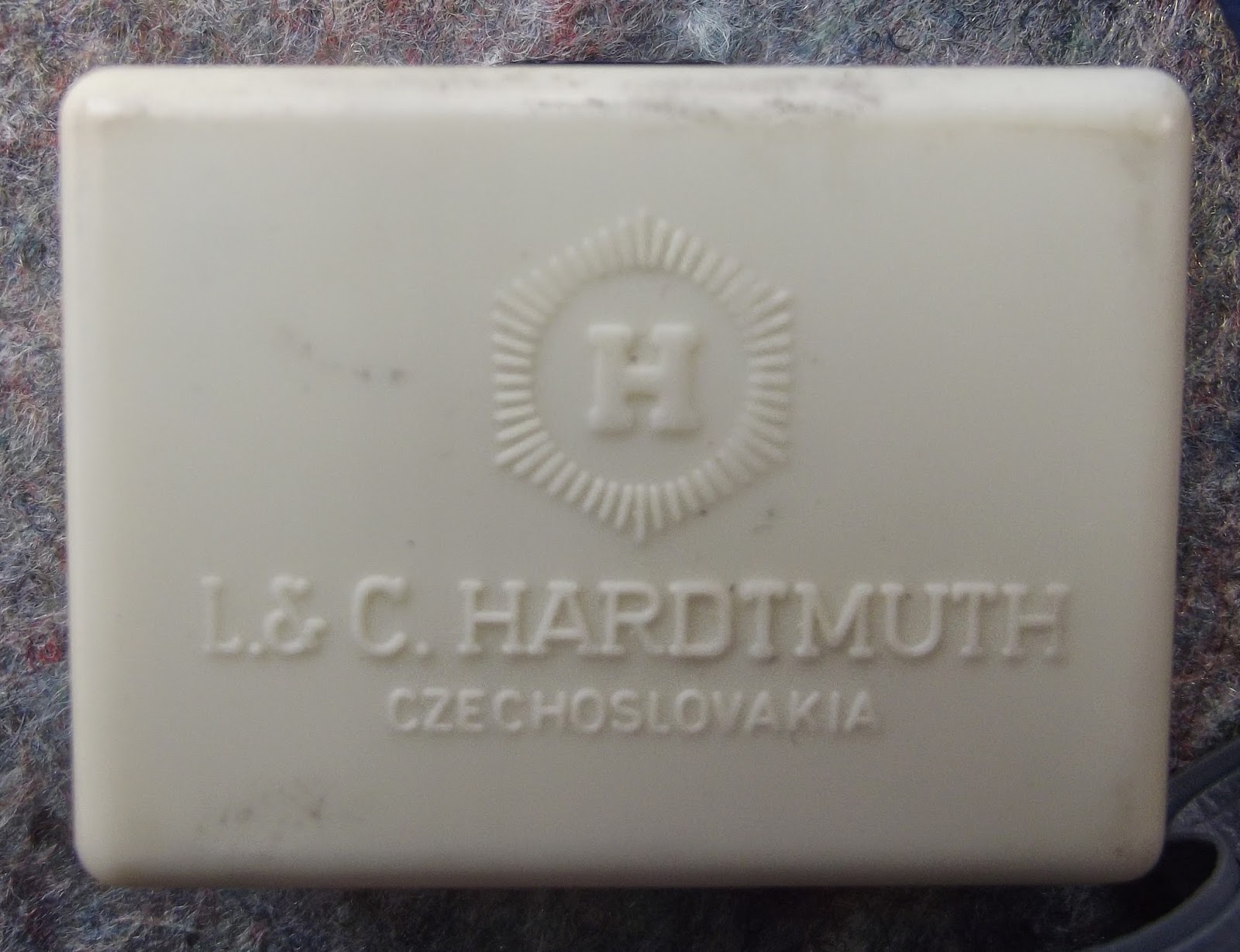 Neat machine. The controls are certainly unique! And it reminded me of a Facit too in its appearance.

Very nice. I have a Consul 222, without the sufixes, and it's a very nice machine, though it has a couple of design features that strike me as rather fragile: the sliding controls on the sides of the keyboard surround for the tab set / clear mechanism and the color selector.

Thank you Steve, Richard and Miguel for your comments. Yes, Miguel I think I have seen a 222, but please end me an image.

I'd like to add one short information. You wrote truthful information about production of typewriters in Czechoslovakia. But it's not true that the production of 222s ended in 1979 (maybe typewriters up to model 222.2). But 2223 and 2224 (now without the point between numbers) were made also during 80's. And Consul's last typewriters were: Consul 2225 and 2226 in 1988. After fall of communism a company called RemaGG s.r.o. had bought a factory in Vyškov (another factory where Consul typewriters were made) and they produced absolutely same machines. It was Consul 2225 and 2226 but it was renamed as "Remagg" without this model number. Same mechanism, same design, same plastic case. So we could say that production of 222s stopped in 1998 when RemaGG s.r.o. had gone bankrupt :-)