The Intrepid Aviator, his Remington Portable Typewriter, and his Ship Dog Schnauf 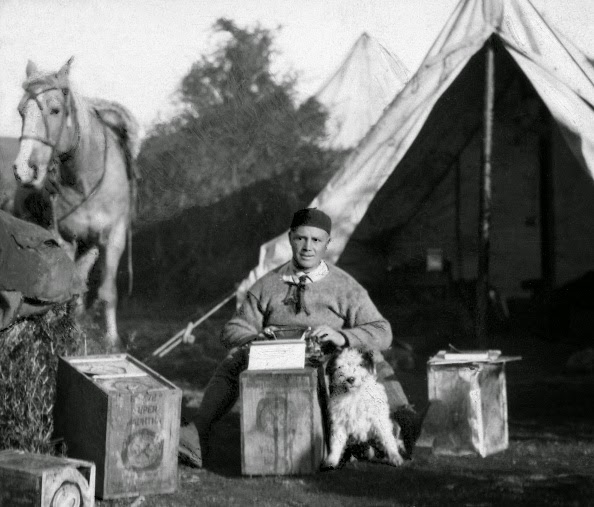 Gunther Plüschow, his Remington Model 2 portable typewriter and his Hamburg ship dog Schnauf ("Puff" or "Breath") in Patagonia in 1928, on Plüschow's first trip to South America. 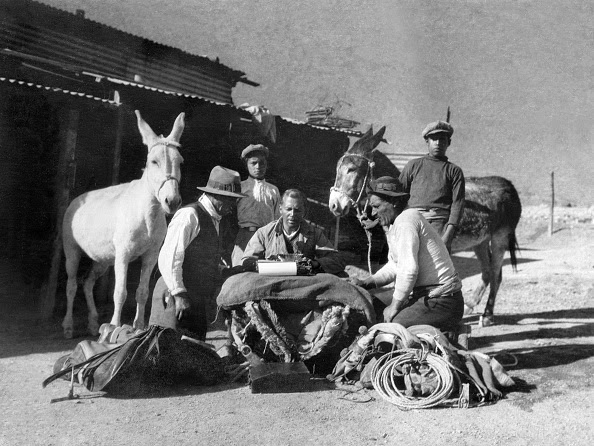 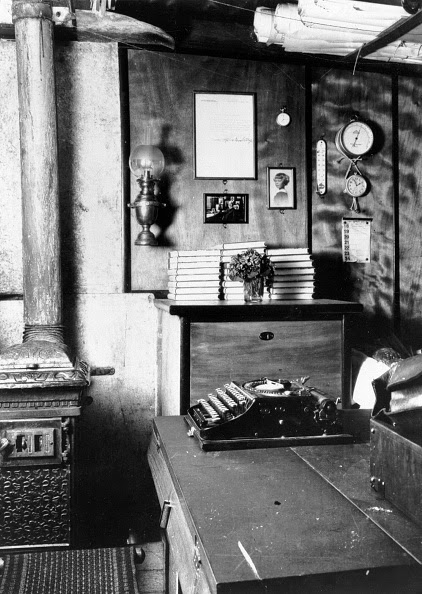 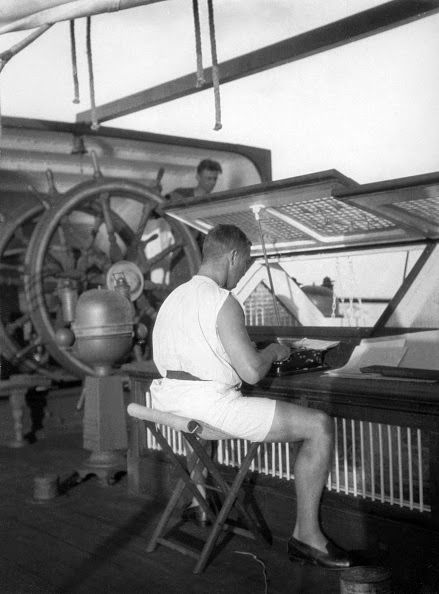 Munich-born Gunther Plüschow was a German naval aviator, aerial explorer and author. His feats include the only escape by a German prisoner of war from Britain back to Germany in either World War. Upon his return home he became famous as the "Aviator Hero of Tsingtao" (Qingdao) for his daring deeds after the Siege of Tsingtao. 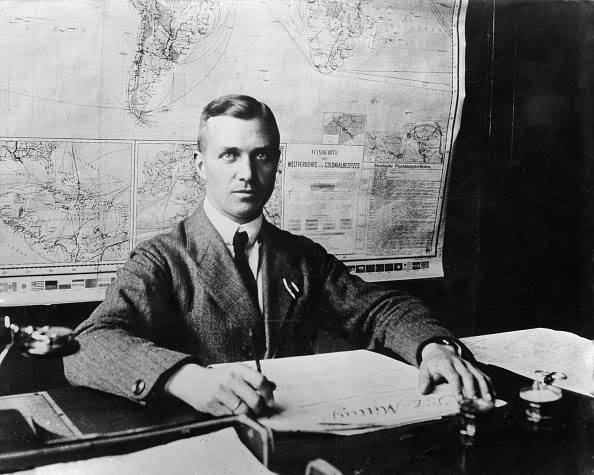 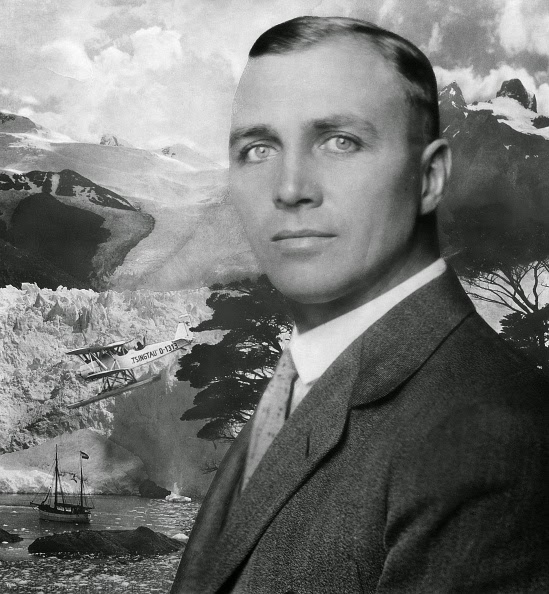 Plüschow was the first man to explore and film Tierra del Fuego and Patagonia from the air and was killed on a second aerial expedition to Patagonia,  in 1930-31. 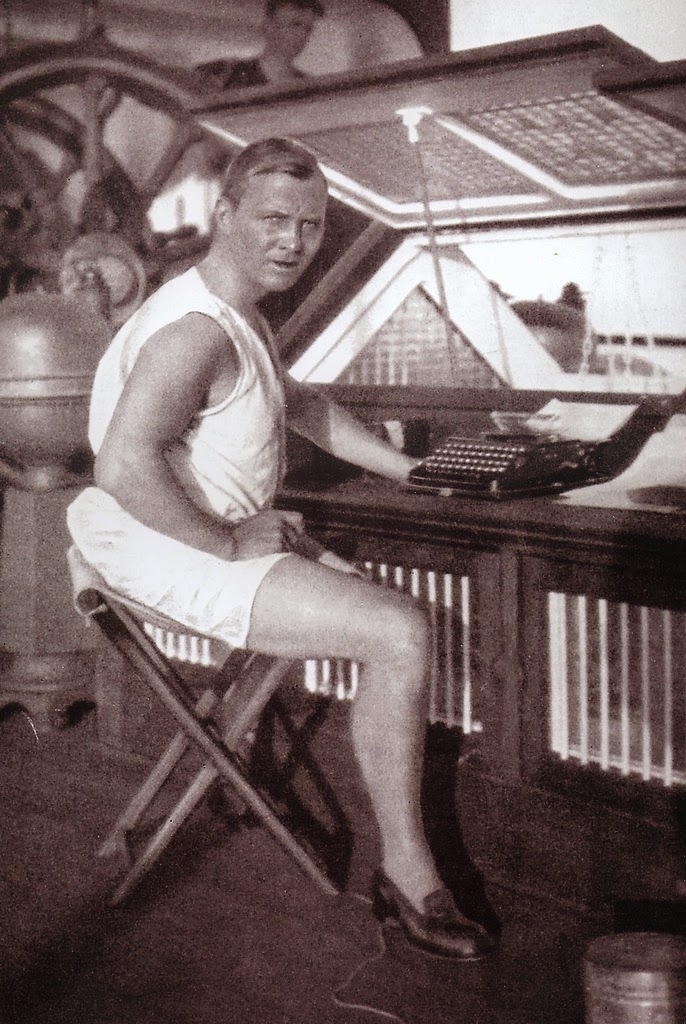 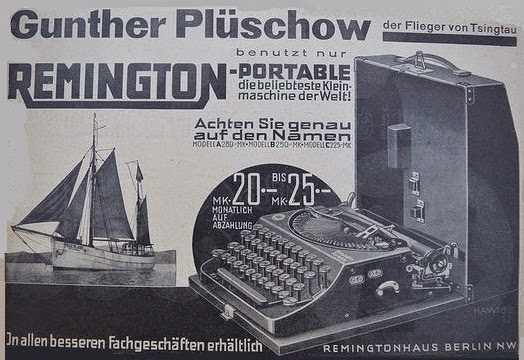 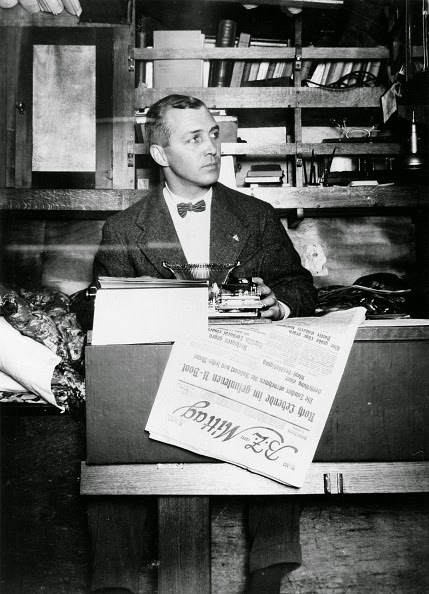 On November 27, 1927, Plüschow took his Remington Model 2 portable typewriter aboard the wooden two-masted cutter Feuerland to Punta Arenas, Chile. His engineer, Ernst Dreblow, brought his seaplane, a Heinkel HD 24 D-1313, aboard a steamer. By December 1928, the airplane had been fully assembled and the inaugural flight brought the first air mail from Puntas Arenas to Ushuaia, Argentina. In the months following, Plüschow and Dreblow were the first to explore by air the Cordillera Darwin, Cape Horn, the Southern Patagonian Ice Field and the Torres del Paine of Patagonia. 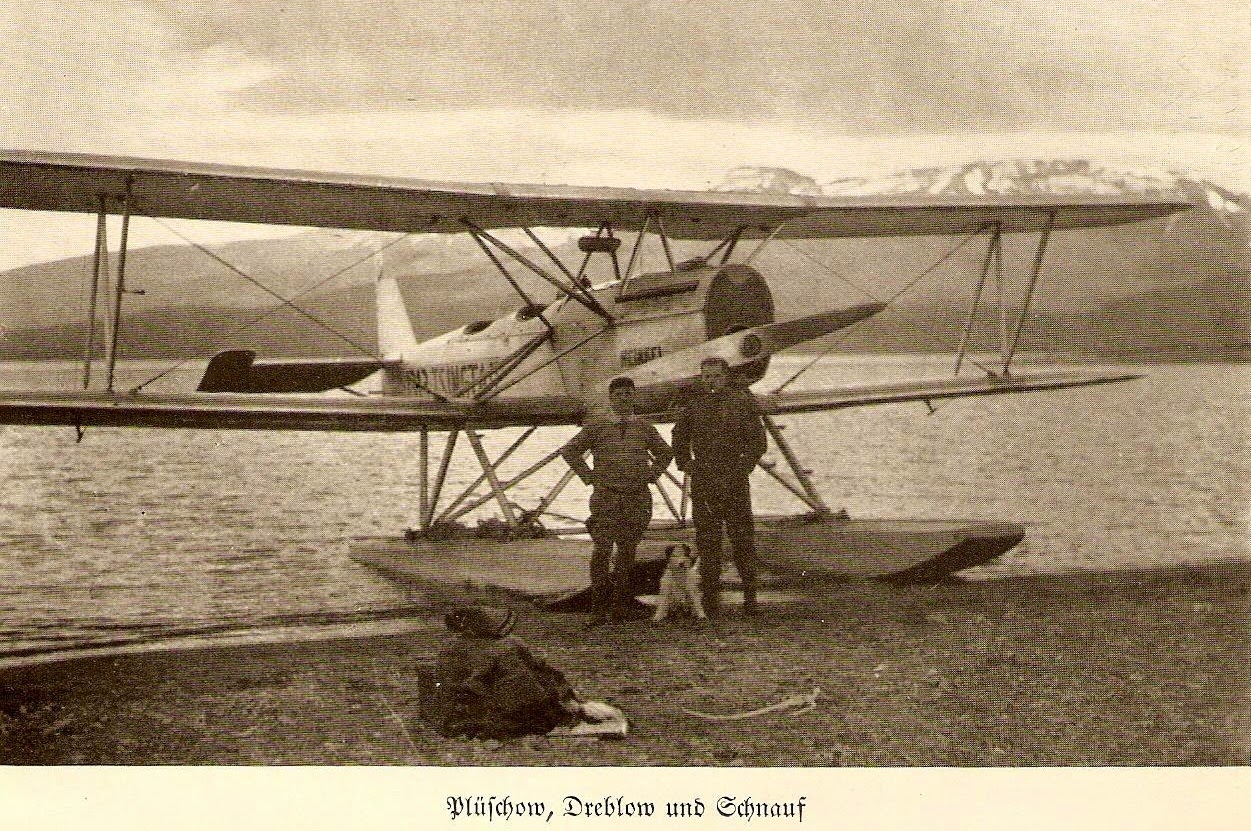 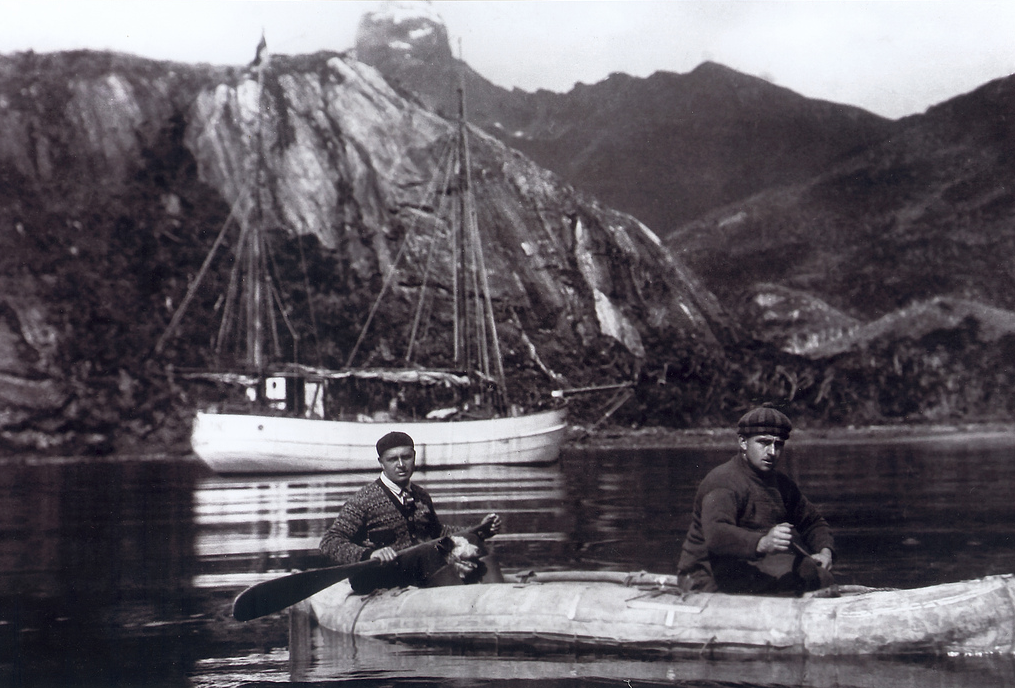 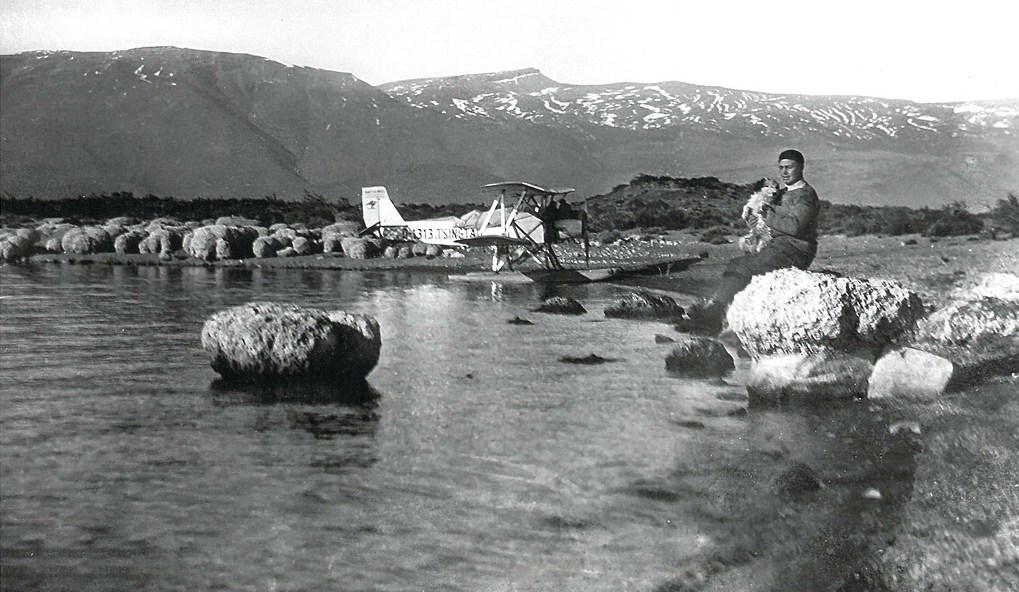 In 1930 Plüschow returned to Patagonia to explore the Perito Moreno Glacier. There, both he and Dreblow were killed in crash near the Brazo Rico, part of Lake Argentino, on January 28, 1931, 11 days short of Plüschow's 45th birthday. 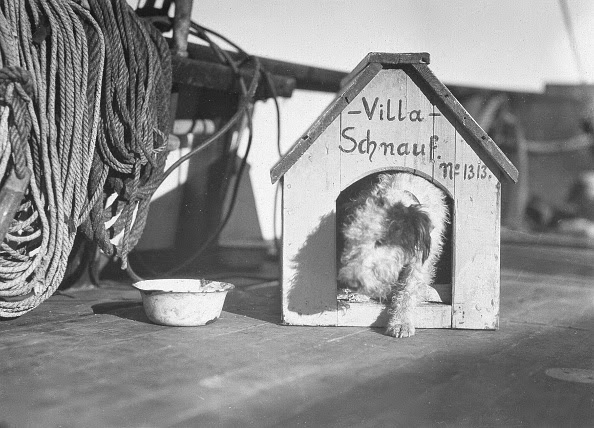 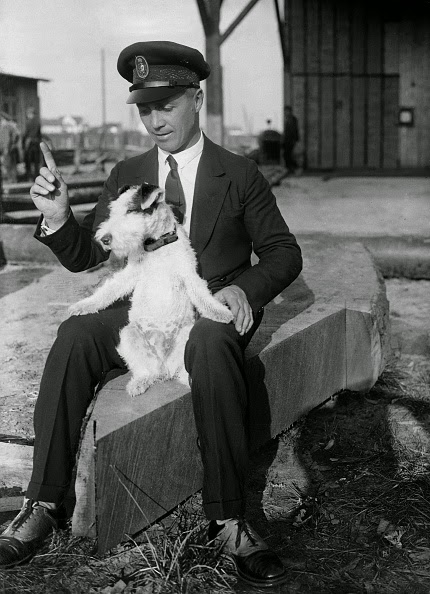 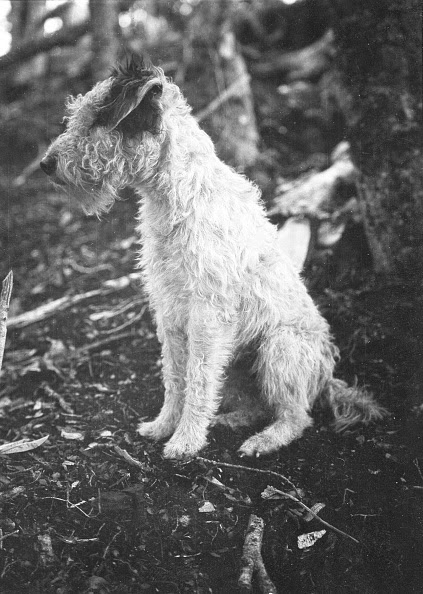 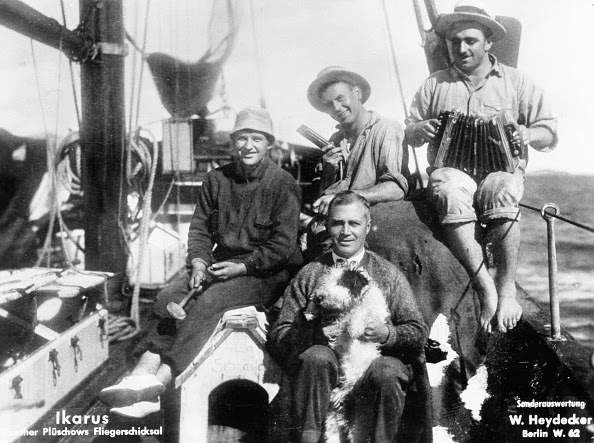 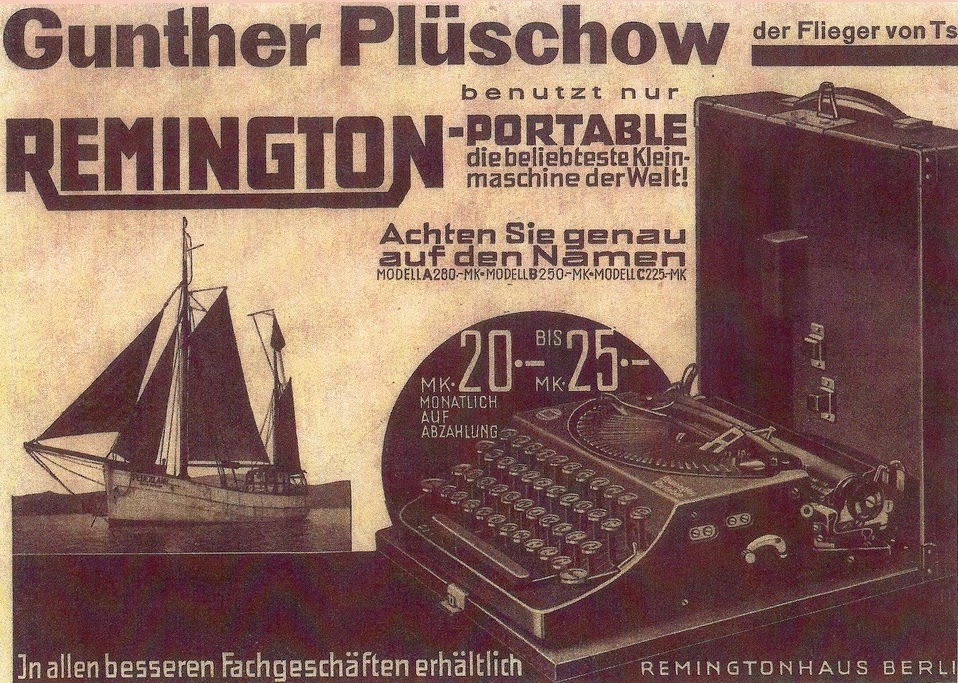 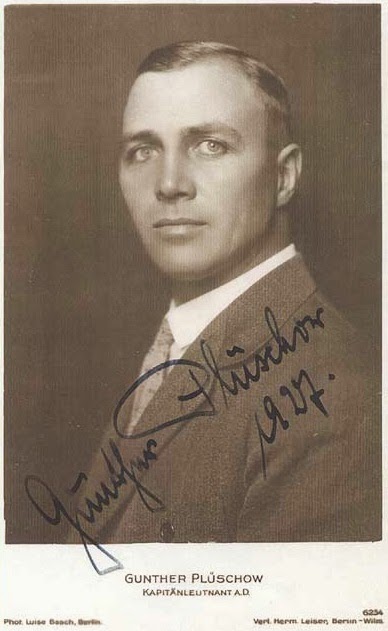 Oddly enough my Remington 2 portable has a German keyboard.