Canberra Taunts Us With Summer - and Typewriter Things Come in Handy 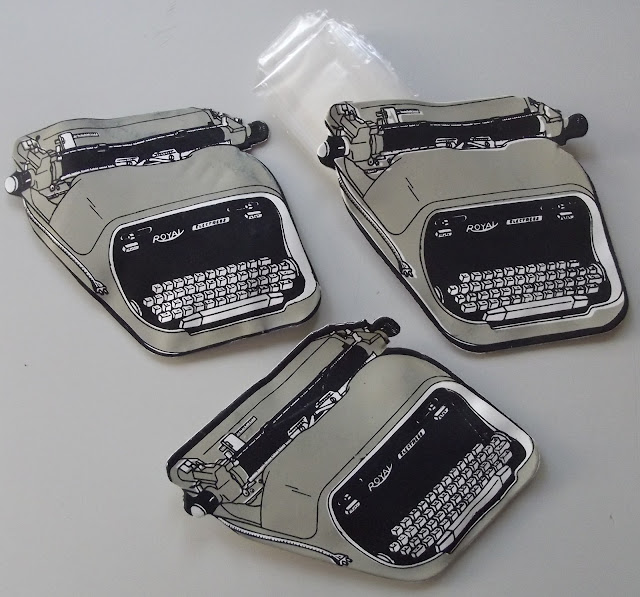 Officially, summer started almost two weeks ago. This is my 15th Canberra summer and by now I know better than to think the warm, sunny weather is here with us to stay until autumn. I've long since dubbed it Canberra's "false summer", since from experience this early promise will inevitably give way to more cold nights and wet, windy days before summer really kicks in, by the middle of next month. Forget Melbourne, this is the city to enjoy all four seasons in one day. I'm reliably told this year will be different, as we are poised somewhere between El Niño and La Niña, in a sort of "neutral" weather pattern. I'll believe it when I see it - and feel it.
In the meantime, I’m talking no chances and getting out and dusting off some of the old typewriter ephemera. 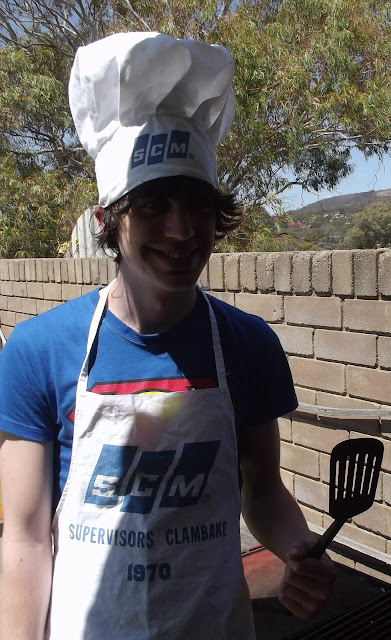 One day it was so hot we decided on a clambake, and youngest son Martin donned the Smith-Corona-Marchant Typewriter Company 1970 Supervisors' Clambake apron and chef's hat*. There was some delay, as I must confess none of us knows exactly what a clambake is. 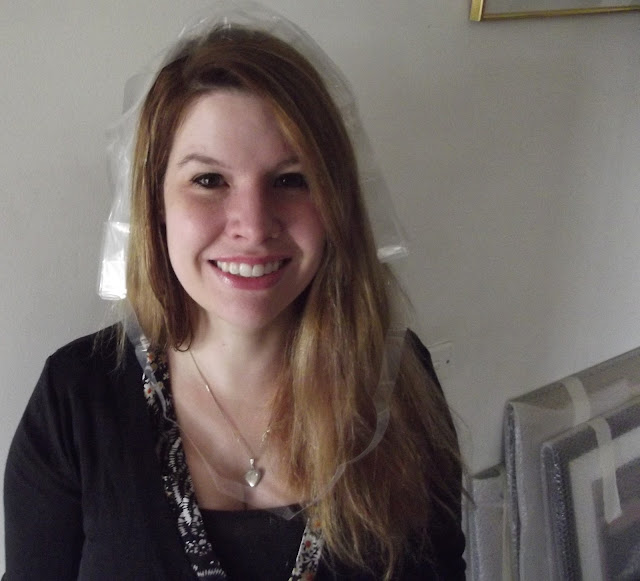 As we dithered, dark clouds suddenly gathered. Son Danny's partner Emily Hansen had to pop out, and as a precaution she dug out the Royal Typewriter Company's Electress promotional rain hat. Very handy things, these. I have a stockpile of them, and always carry one in my pocket, just in case. Indeed, I used a couple one evening when we were at the Proms in the Government House gardens, and suddenly the heavens opened and it bucketed down - in February! 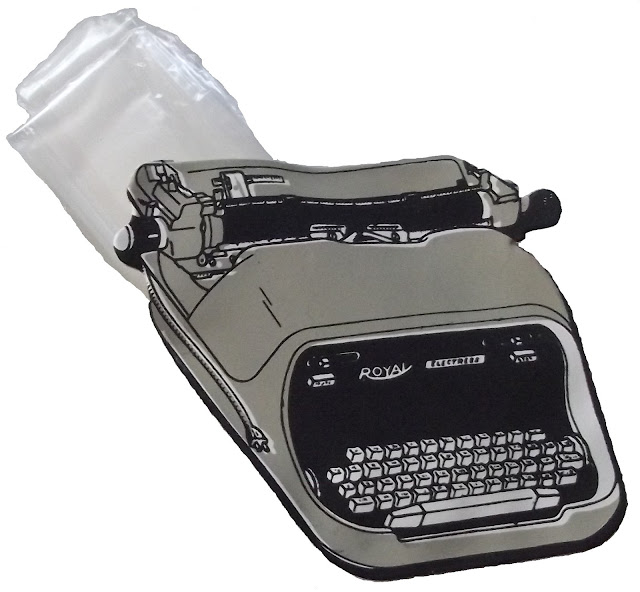 Abandoning the clambake idea, eventually we all settled back indoors and I sat down for a nice afternoon cup of tea with my Hammond Typewriter mug and a Molenberg grain bread typewriter cake. Ever tried one? I remember once I gave a chocolate typewriter to a friend, nicely wrapped. "What is it?" she asked. "A chocolate typewriter," I said, matter-of-factly. "Of course it is," she replied, straight-faced. 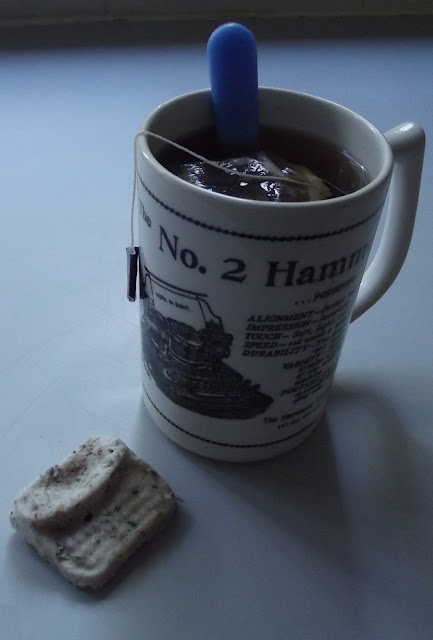 Mine was so delicious I made another one and got out some light reading, put the feet up, relaxed and read about Büttner’s Typenradscheibe-Screibmaschine. What bliss! Typewriter heaven? Rob, how are you? 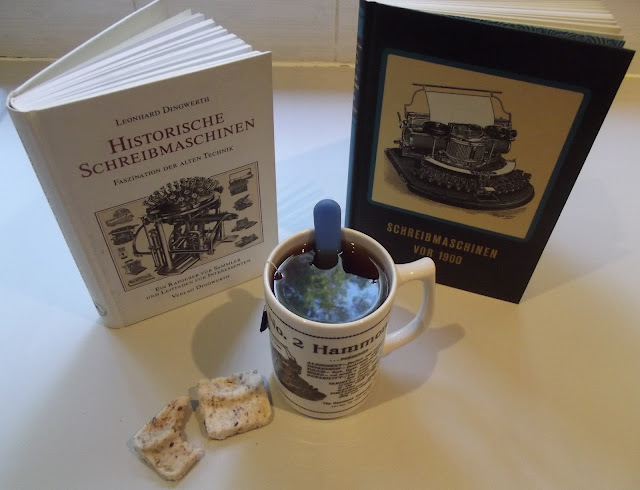 *This apron and hat were given to me by a former Corona factory supervisor still living in Groton. He donned them at the 1970 clambake. I hope they had better weather than we did.
Posted by Robert Messenger at 19:38

Ha ha ha. Sounds like you've been having a great time there!

Looking forward to getting out of the office myself over the Christmas break and enjoying some time away. Ahhhh summer..

Meanwhile in Switzerland... We're snowed in and don't have any clambakes. :)

Quite the collection of typewriter-themed goodies there. I love the Electress rain hat!