In a week in which we have marvelled at the sporting achievements of two 19-year-olds, US golfer Jordan Spieth, who won the John Deere Classic in Illinois, and Australian cricketer Ashton Agar on his Test debut in Nottingham, England, it's timely to look at a 19-year-old who ran the New York branch one of America's major typewriter companies. 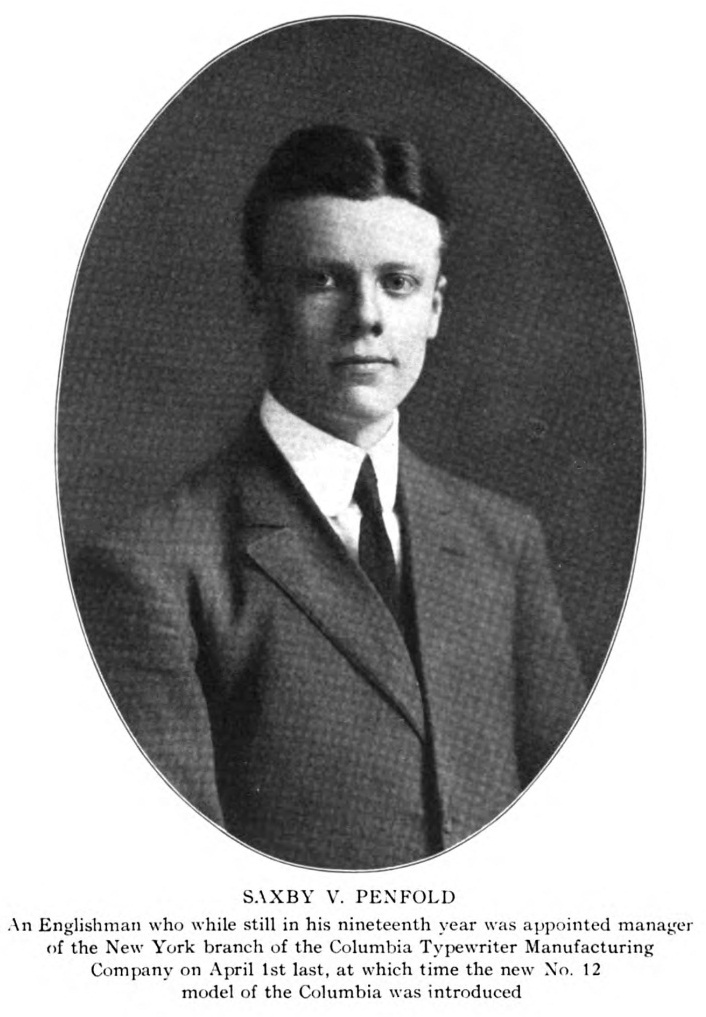 In its August 1907 edition, Typewriter Topics reported on Saxby Vouler Herbert Penfold, who was appointed manager of the Columbia Typewriter Company's New York branch on April 1 of that year. Less than three weeks later, Penfold turned 20. He was born at Kew Gardens in London, England, on April 21, 1887, the son of a hop merchant. 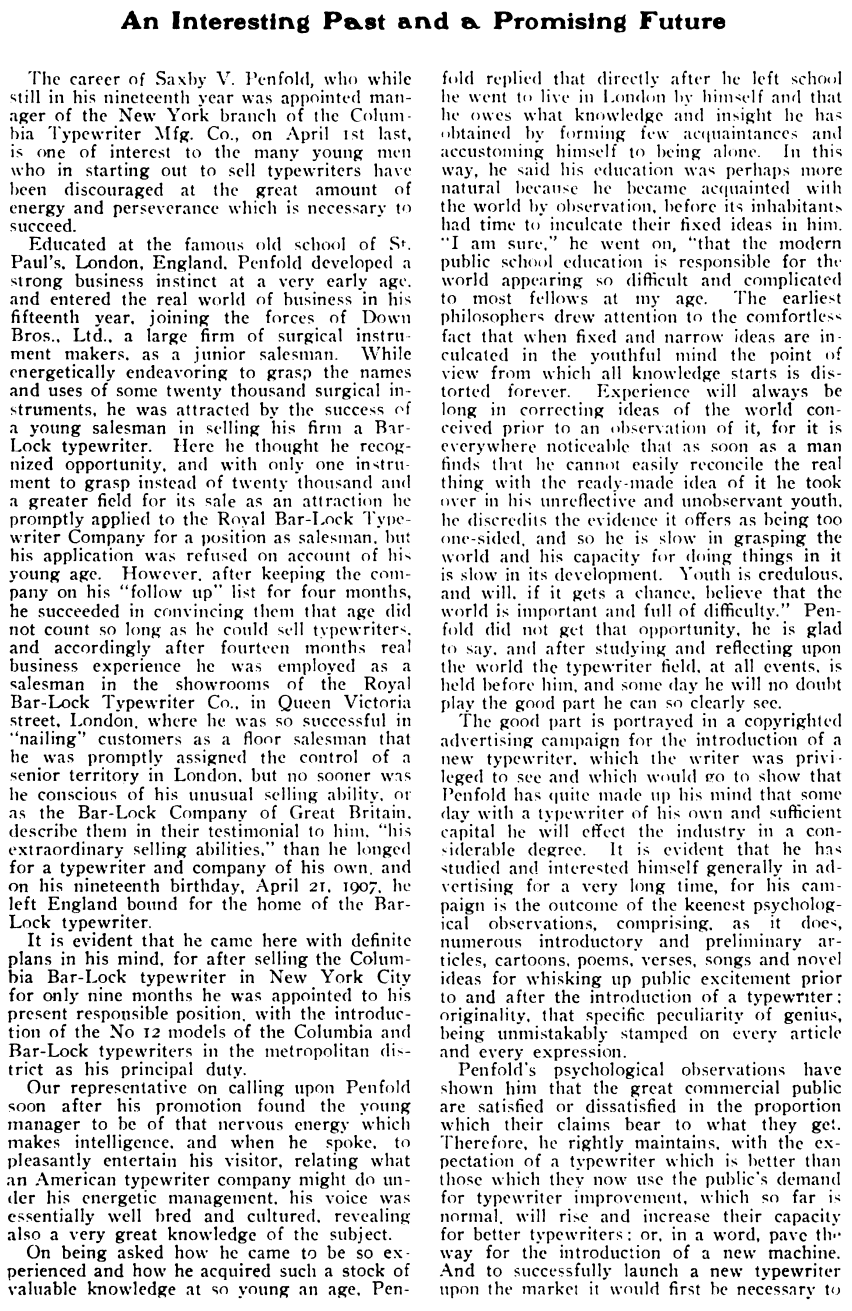 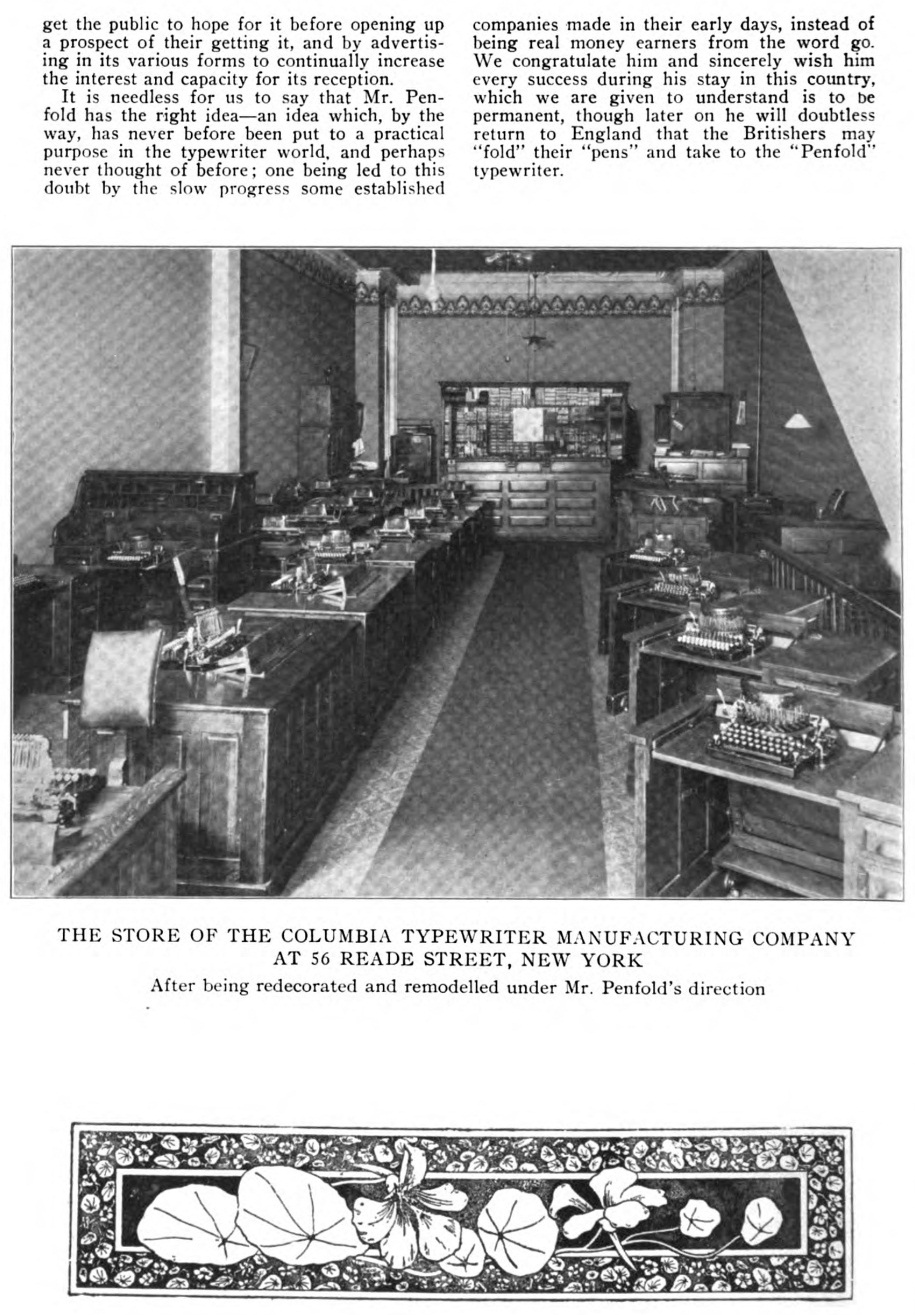 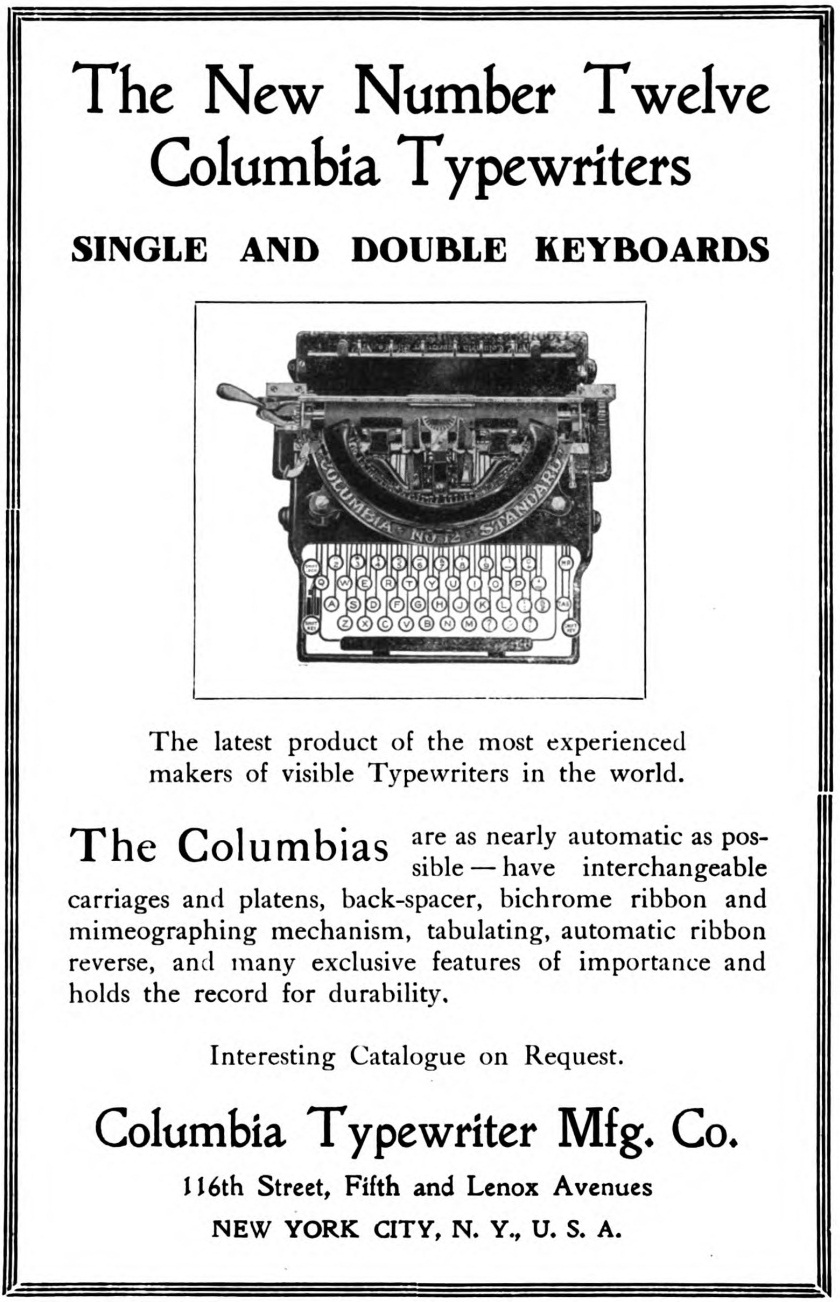 Penfold's tenure as Columbia manager would have been relatively short-lived. By 1914 Columbia had ceased production of the Bar-Lock in the US - it then became a British concern under the control of William James Richardson.
In 1917, when Penfold registered for the US Army draft, he had been reduced to a salesman for a bank company. After World War I he became a writer, editor, historian and lecturer. He applied for US citizenship while living in Suffern, New York, in June 1955. He died in Suffern on April 9, 1958, aged 70.
In November 1922 Penfold had a brush with the law over a waitress:

Penfold wrote at least seven books, including The Hidden Causes of the American Revolution, published by the British-American Association of Massachusetts in 1920, The Marriage of Two Nations: A Scientific and Historical Analysis of the Original Causes of the Separation of Great Britain and America, with an Authentic Forecast of the Re-union of the Two Countries  (1924), and, controversially, Why a Roman Catholic Cannot be President of the United States, published by the American Protestant Historical Society of New York in 1926. In 1944 the Social Science Research Foundation published Penfold's Are Bankers Criminals? Penfold's last book was Romantic Suffern (1955).  He also wrote Suffern's Contribution to the Founding of Rockland County (1948) and The Spirit of Greenwich Village. 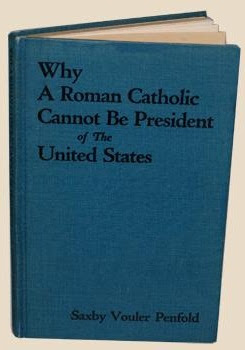 Mention of Spieth becoming the youngest winner of a US PGA tournament since 19-year-old Ralph Guldahl, who took out the Santa Monica Open in 1931, brings us back to the John Deere Classic. This Tom Kern work should have been the trophy: 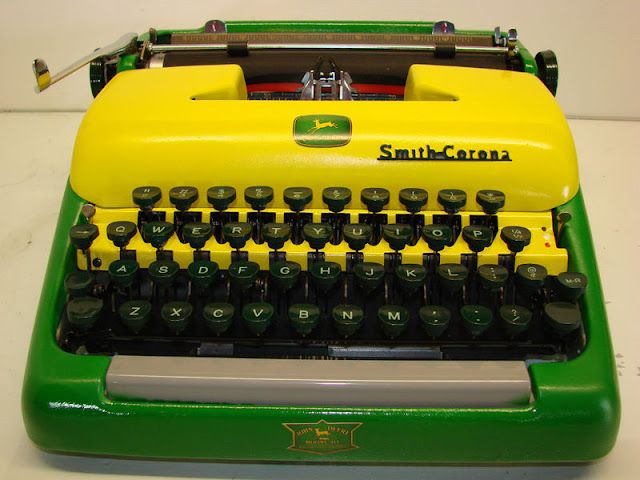 Posted by Robert Messenger at 02:00

The furniture shown in that Columbia store is fascinating, and worth of study as another kind of "typewriteryana": those desks were designed to fit a typewriter. I wonder if they also sold furniture there.

I've seen some of those typewriter desks here; some even had clever mechanisms to move the typewriter to the back and under the desk cover. Considering the weight of your average desktop typewriter, the mechanism had to be quite strong!