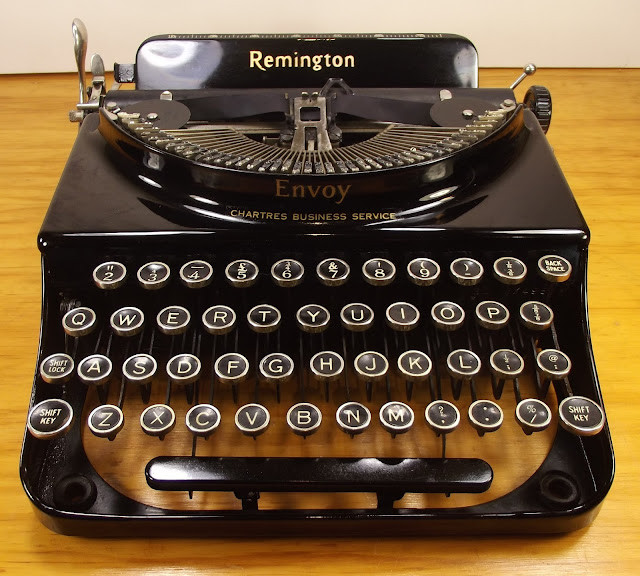 This Remington Envoy portable typewriter today turned 75. The Envoy, serial number SD 274981, was made in July 1938. How it enjoyed its birthday!


I love them.
At the turn of the last century, George Canfield Blickensderfer, perhaps the greatest typewriter inventor of them all, said that when it came to typewriters (or any then "new" technology for that matter), the simpler the design the better.
John Henry Barr, the Cornell University professor of machine design and mechanical engineering who in 1918 came up with the Remington portable, was obviously listening.
Today Brisbane Typospherian Steve Snow contacted me in his hunt to find a carriage lever for his Remington 5: 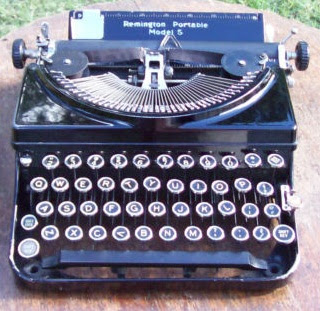 Steve Snow's Remington 5 has a missing carriage lever
In an effort to try to help Steve, I went looking for a similar machine. After some poking about, I unearthed this Remington Envoy. I noticed the carriage was running free. It was one of the dozens of machines I have here that has been put to one side, with the plan to fix it one blue moon. I decided now was that time, although there was a grayish morning sun outside. All it needed was for the mainspring to be reset and the drawband reattached.
That took all of five minutes, tops. All with just two hands, no outside help. Gee, that simplicity of design has seldom been so gratefully acknowledged. 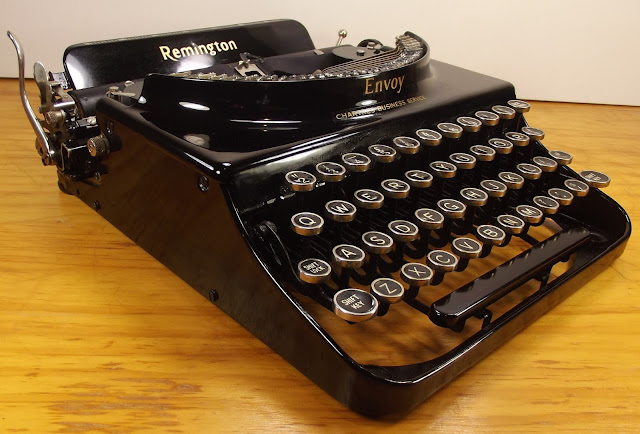 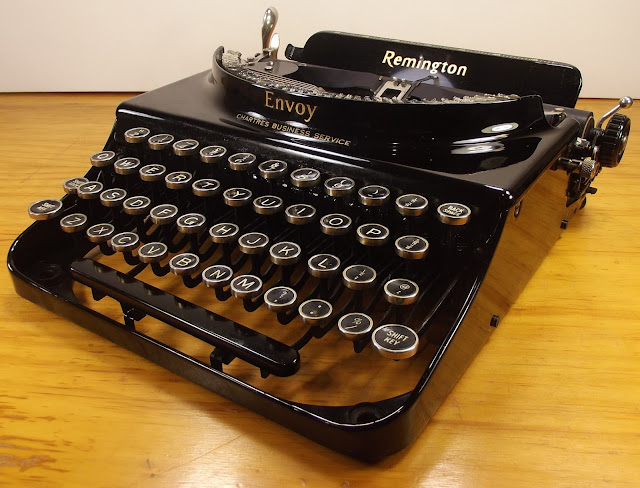 Once fixed, this Envoy didn't just sing to celebrate its 75th birthday. And no Happy Birthday To Me. It roared to the rooftops, at the top of its lungs, lifting the rafters for blocks around. Anyone would have thought it was being typed with for the first time - just like that day in July 1938 when the quality controller at Remington's Ilion factory first pressed its keys. What a performance! 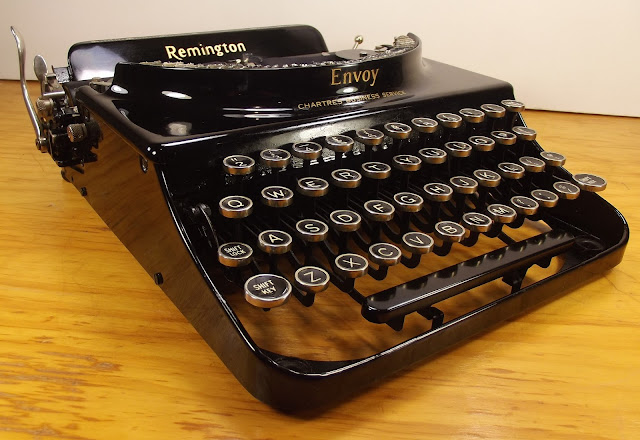 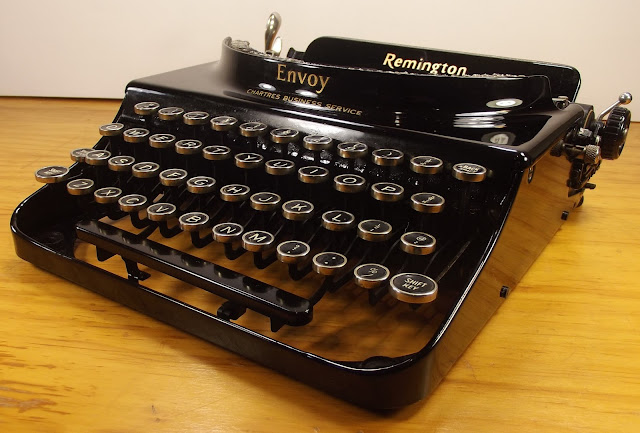 I had had other plans for today. But this Envoy's enthusiasm for its new lease on life was so infectious, I just had to type and type and type with it. What about? What else but about Ashton Charles Agar! It was a case of the Envoy's joyous rebirth meets the rebirth of my passion for sport - irresistibly inspired by the feat of young Mr Agar in Nottingham, England, last night. 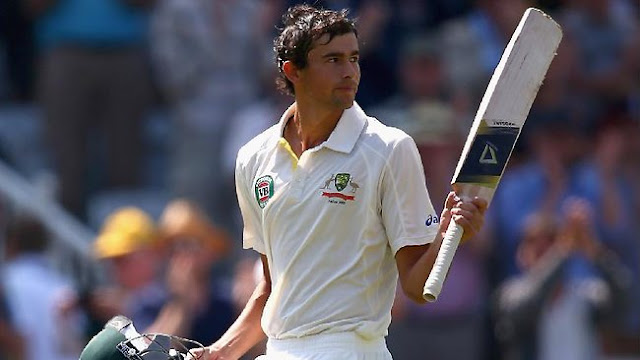 Ashton Agar acknowledges a standing ovation from the vast crowd at Trent Bridge last night. He has been the toast of Australia ever since, having dragged its cricket team from the brink of disaster.
OK, so this Envoy was born more than 55 years before Ashton Agar came into the world. When the Envoy was made, Sir Donald George Bradman (our Babe Ruth) was at the peak of his powers. Sir Donald who? Now it must be "Arise, Sir Ashton". Making that connection between a great Remington portable typewriter and a great young Australian sportsman was, on a day of celebration such as this, simply irrepressible.
My typecast below, I think, says it all: 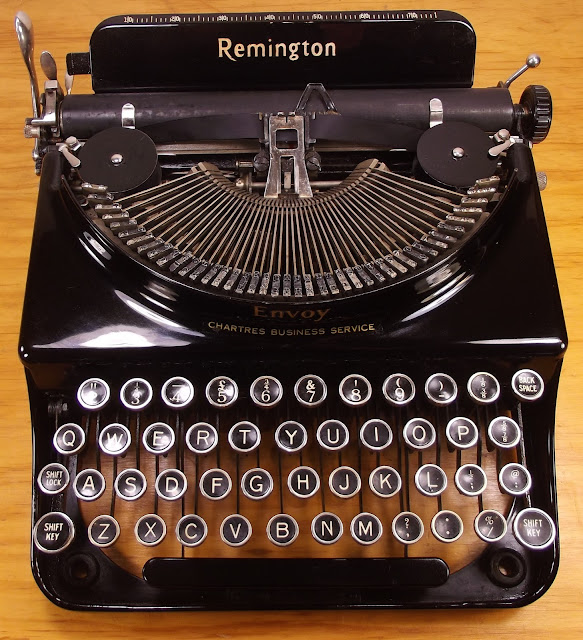 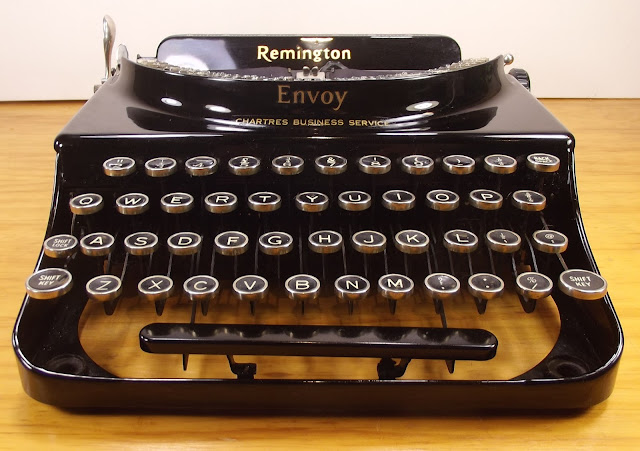 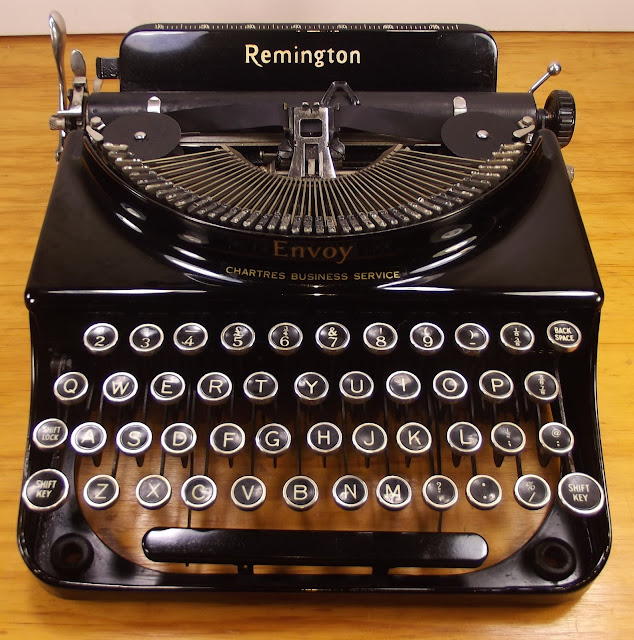 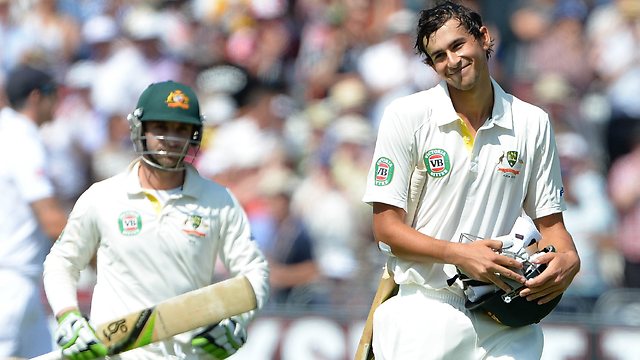 Looking almost apologetic at the end of a masterful innings (he fell two runs short of a maiden Test match century, Ashton Agar walks from the pitch.

Posted by Robert Messenger at 17:14

I have to say... I'm very impressed in Agar's performance. There may be life in the Australian cricket team yet! I don't think the Ashes are going to go our way though.

I believe you may have discovered Australia*s sports writer.

As a lowly yank, I know diddly about cricket. And yet your ebullient writing about Ashton Agar has lifted my morning spirits, and even inspired me, while not generally a spectator sport enthusiast, to follow and get involved in our own national pastime.

BTW, that is a lovely machine. I love typewriters from that era, with their chrome-rimmed concave plastic keys. They fit the finger tips well, and announce their location in my peripheral vision. I am soon to acquire another; it turns out that as soon as my morning coffee takes hold, I will be off on a bit of a drive to the real-world realm of "Click Thing", to happily assist Michael Clemens in his divestiture project by adopting a 1937 Underwood Champion. Following my drive-by typewriter snatch, I will likely be off to visit a typewriter repair shop that has been in business in Stockton since l913. It promises to be a lovely day in the world of typewriters.

That is one fantastic looking typewriter. I do not recall seeing an Envoy before. One more to add to my never ending wish list.

Yep what an absolute beauty! They're fine typers alright.

The Daily Mash have written a rather funny and fitting article on Agar here: