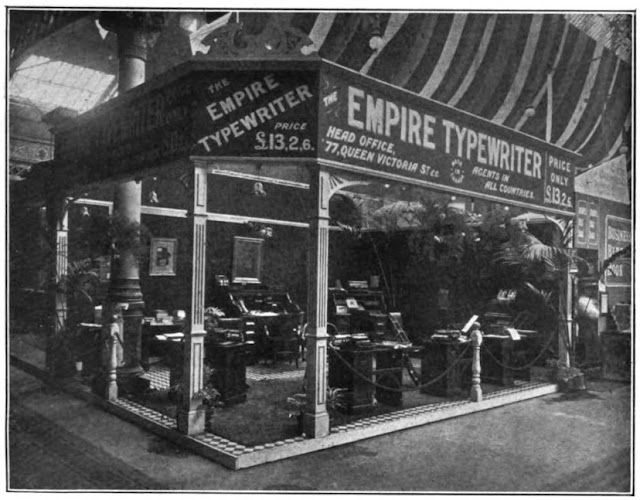 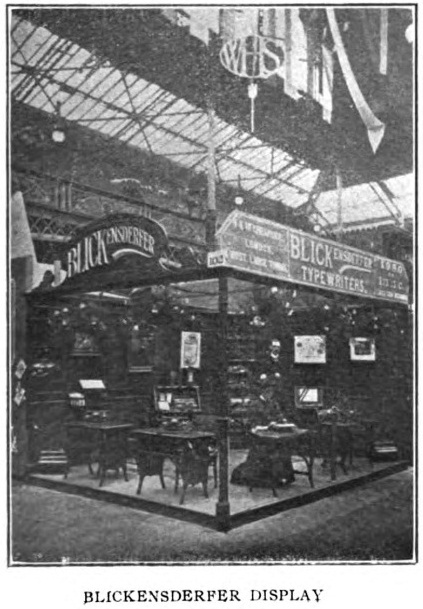 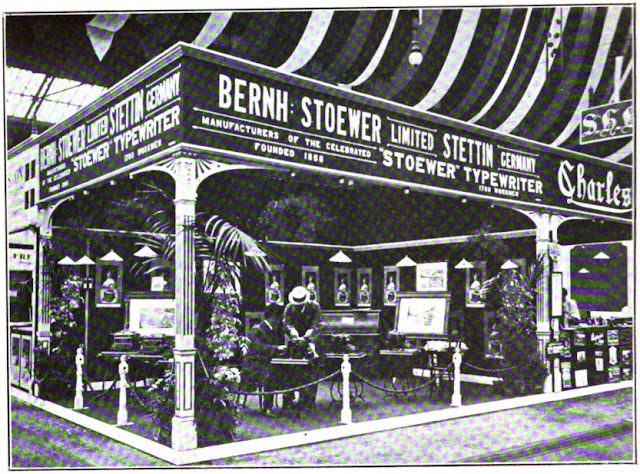 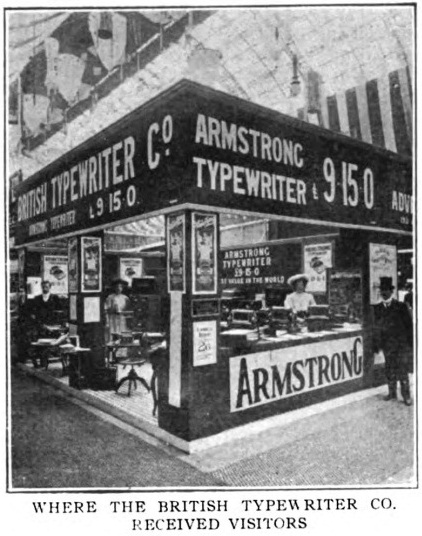 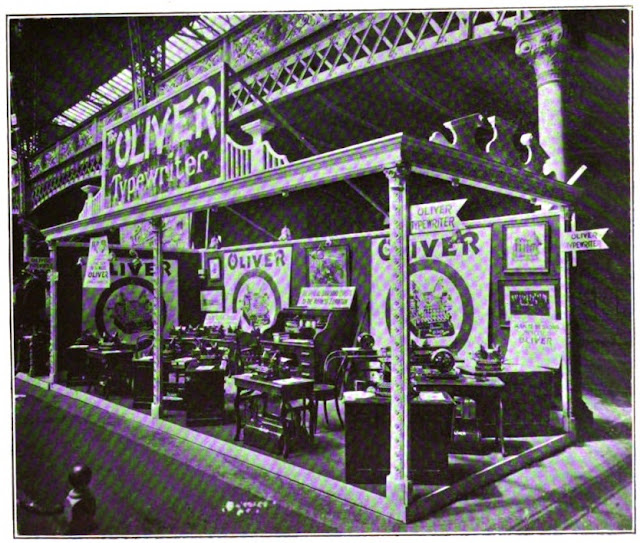 All roads led to Olympia in West Kensington, London, for the 1907 London Business Show
(actually this ad is for a much later Motor Show): As it looked from the outside: 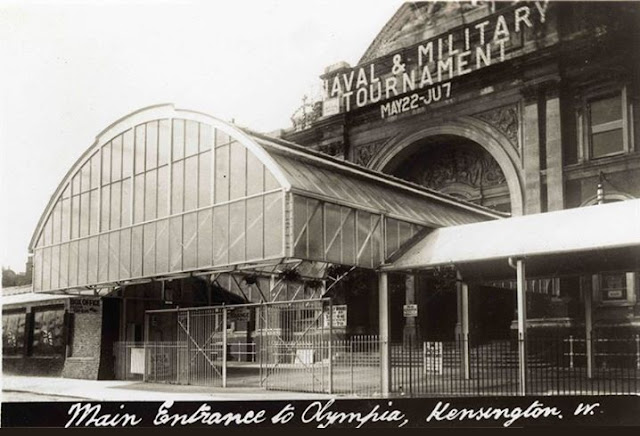 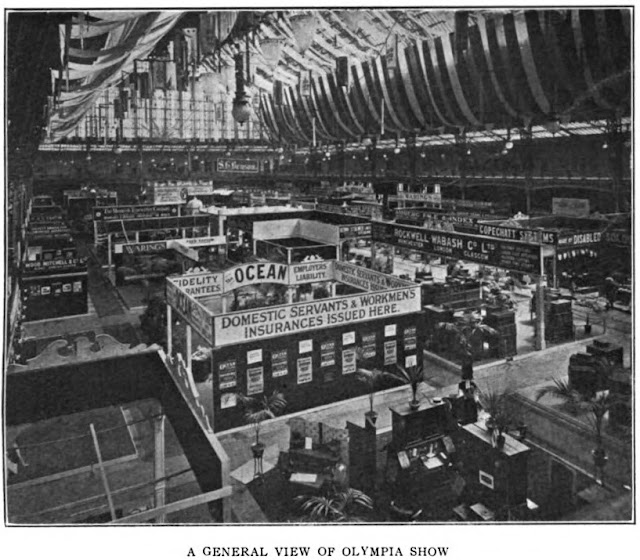 And today (including for a beer show -
Rob Bowker would be  in his element): 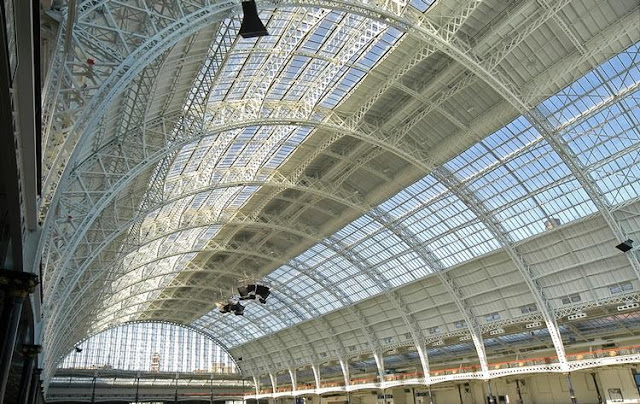 The Typewriter Topics report of the 1907 show: 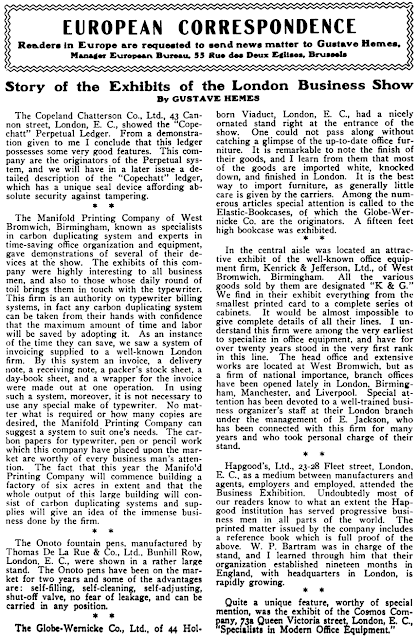 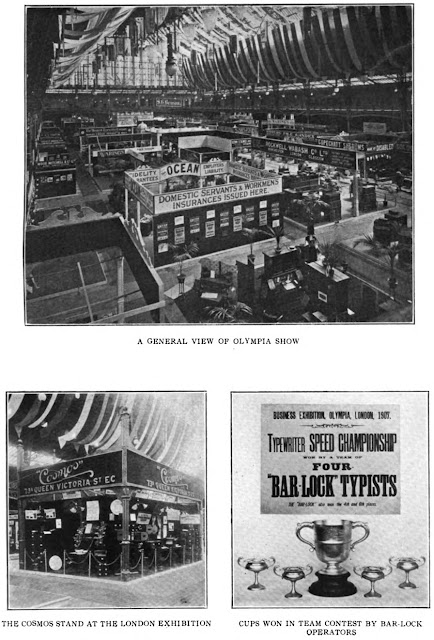 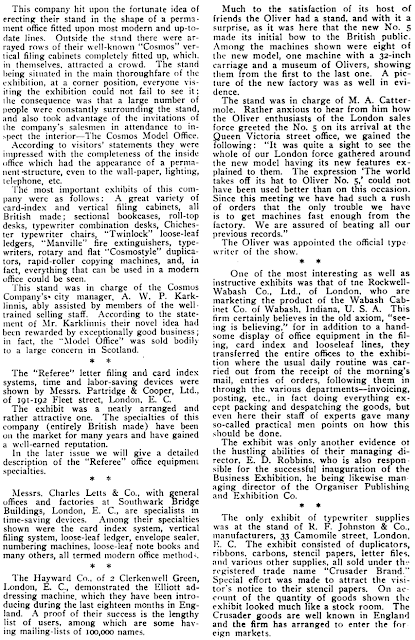 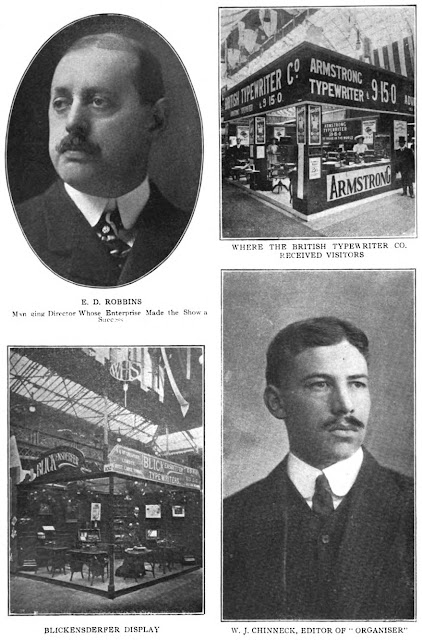 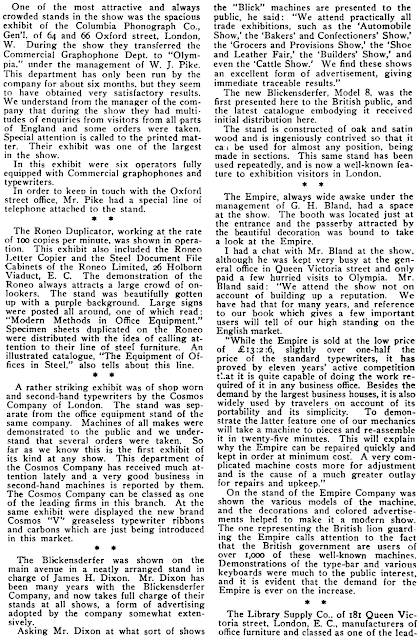 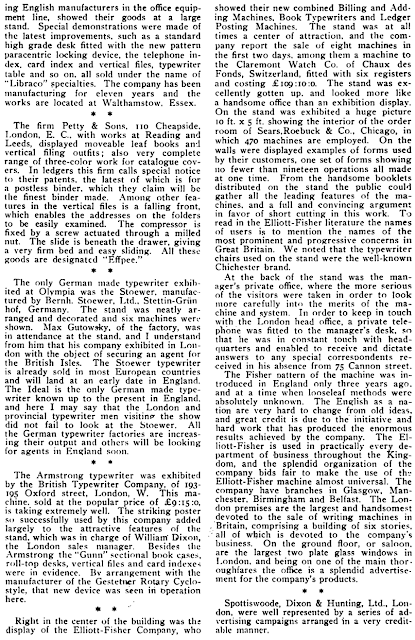 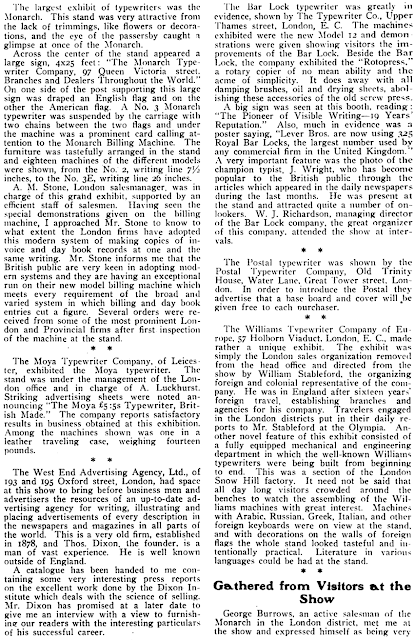 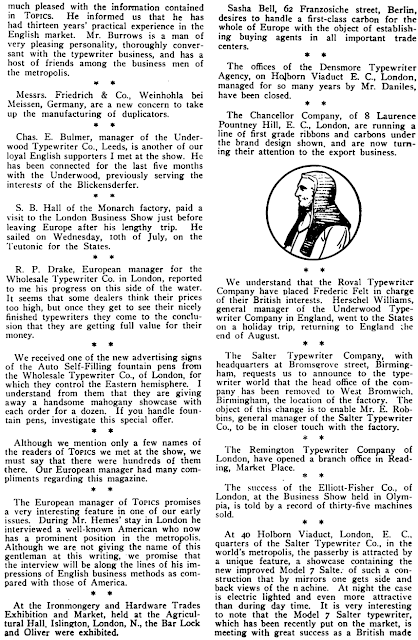 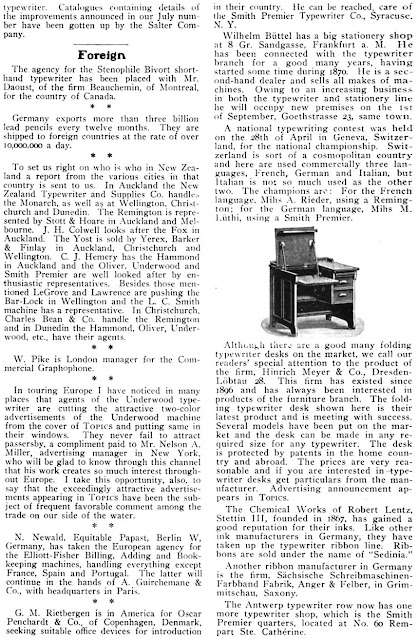 Olympia is an exhibition and conference centre opened in 1886 and originally known as the National Agricultural Hall. It covered an area of four acres (16,000 m2). The Grand Hall, 450 feet in length by 250 feet in breadth, was said to be the largest building in the kingdom covered by one span of iron and glass.
Posted by Robert Messenger at 18:00

There are so many names/brands mentioned that I never new existed I cannot name them all in my comment.

Where do you find all of your information?

I am very happy you do find it and create these wonderful posts.

Oh my gosh, wouldn't you love to go back in time and visit that show?! One would have to somehow acquire a silk tophat and a cravat to fit in the crowd, though.

I like it how there's more people pictured in the beer show than the computer/technology show. Just the way it should be.