Whatever Happened To The 'New' Sholes Typewriter? 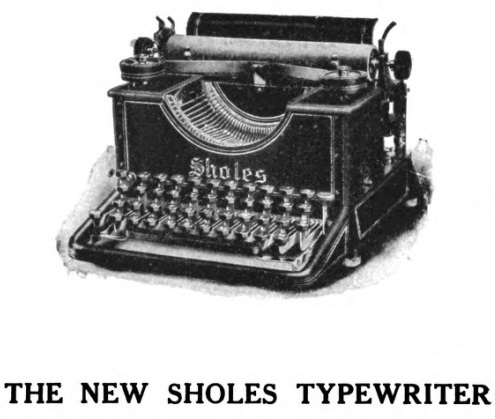 No, I don't mean the Sholes & Glidden or the Sholes Visible or the Rem-Sho or the Fay-Sho. I refer instead to the "new" Sholes Typewriter of 1909, the work of Christopher Latham Sholes' fourth son, Louis Christopher Sholes.
As well as announcing plans for the "new" Sholes in Typewriter Topics in May 1909, Louis Sholes told the publication that it was he who was responsible for coming up with the QWERTY keyboard configuration. Not only that, but Louis confirmed QWERTY had emerged from a printer's typecase*, as I had speculated in Thoughts On Typography. 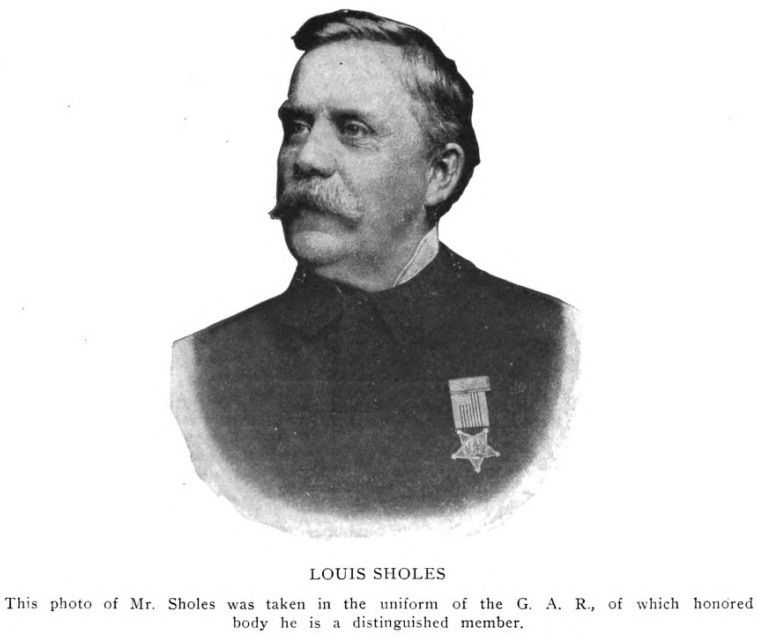 G.A.R.: The Grand Army of the Republic was a fraternal organisation composed of veterans of the Union Army, US Navy, Marines and Revenue Cutter Service who served in the American Civil War. Louis Sholes served a mere four months in the Civil War, as a drummer. He enlisted in the Union Army as a private in A Company of the 39th Wisconsin Infantry  in May 1864. 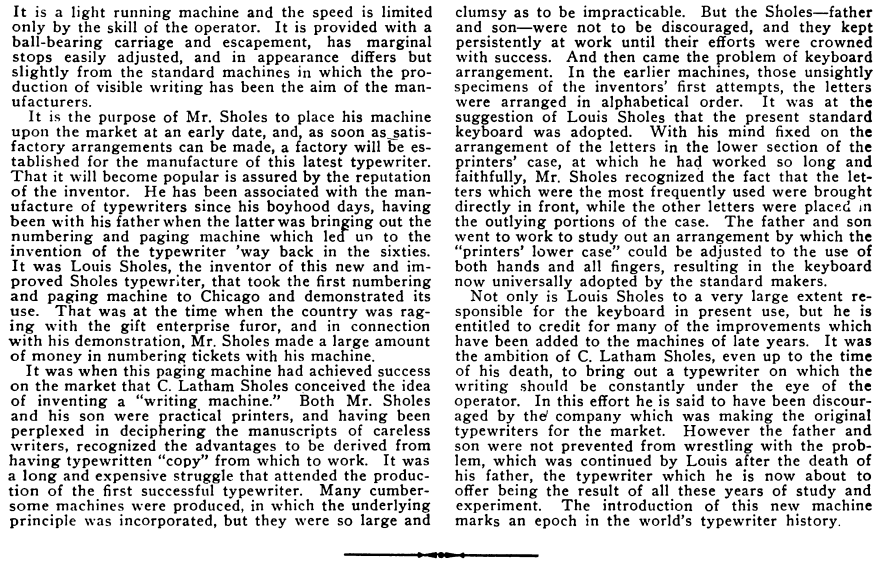 From Typewriter Topics, May 1909
According to Michael Adler's Antique Typewriters, the "new" Sholes typewriter never went into production, but a prototype of it is in the Carl Praetorius Dietz Collection in the Milwaukee Public Museum.
Louis Christopher Sholes was born in Kenosha (where his father ran a newspaper, the Telegraph) in August 1849. He died in Milwaukee on May 23, 1914, aged 64.
According to Richard Current's The Typewriter and the Men Who Made It,  Louis Sholes was the subject of a scathing attack from James Densmore in a letter written to his brother Amos Densmore and later shown to Christopher Latham Sholes by Amos.
In it, James Densmore called Louis ("a printer'), "a burden on his father" and "unreliable, an arrant liar, and thriftless".
Louis Sholes appears to have started working on his conventional frontstroke typewriter in 1905, "shifting the pivots or fulcrums of typebars ..." Perhaps he is referring to some sort of conversion of the Sholes Visible, the development of which he took over after his father died in 1890. Louis Sholes's last patent for the Visible, issued in 1902, was aimed at improving the Visible's type action and other shortcomings.
This 1902 patent was assigned to the C. Latham Sholes Typewriter Manufacturing Company of Milwaukee, which Louis had established in 1893 with the plan to manufacture the Visible (it was produced by Meiselbach of Kenosha from 1901-05).
Although Louis's last two patents, both for a more conventional typebasket arrangement, and issued in 1906 and 1909, were unassigned, the C. Latham Sholes Typewriter Manufacturing Company still existed at the time, and was headquartered at 120 Wisconsin Avenue, Milwaukee. Louis was the vice-president and a C.H.Welch the president. Louis also listed himself in state and federal census forms as a typewriter manufacturer. 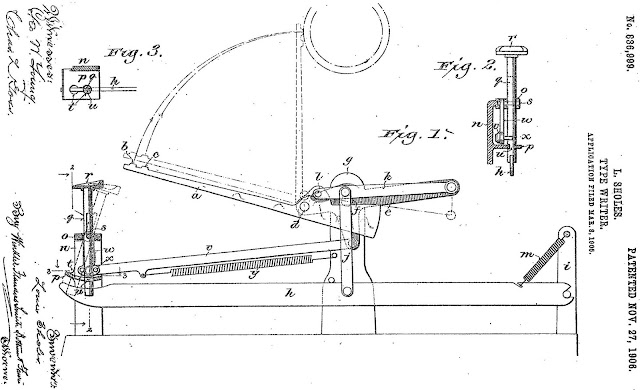 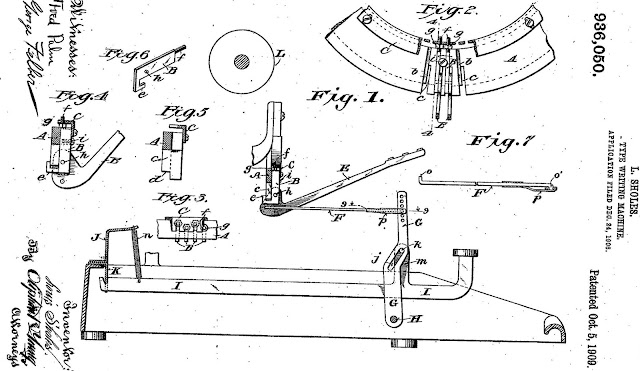 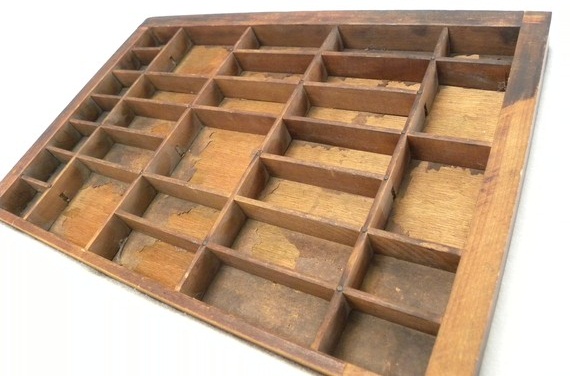 Posted by Robert Messenger at 17:57