The Kanzler Typewriter, the Wise Phonetic Alphabet, the $20,000 Patent Offer and World Peace *Typoscript originally meant typewritten matter.
Count me at the head of that large band of Grumpy Old Men who cringe whenever we see emails or messages written without an attempt at capitalisation. To this day, even those putting forward ideas about a universal phonetic alphabet tend to overlook the question of capitalisation - or maybe they simply take it for granted that users will know how and when to capitalise, and will make some sort of effort to apply that knowledge. 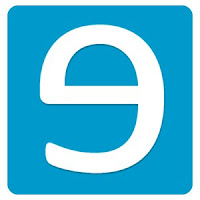 As recently as February this year, BBC News Magazine ran an item promoting the SaypYu  ("Say As You Pronounce Universal Project") alphabet: "Backers of a universal alphabet say it will make pronunciation easy and foster international understanding. But can phonetic spelling systems really smooth the path to world peace?"
A website for this project has a text converter. When I type in "United States" I get "yunaytid steyts". And Great Britain: "greyt britɘn". Now that's not much of a start to world peace on spelling styles, is it?
The BBC story says, "The argument over regulating spelling has been raging for more than a century. Charles Dickens and George Bernard Shaw were advocates - the latter leaving much of his will to setting up a new phonetic alphabet. [Shaw's "Shavian" alphabet was used on the keyboard as an Imperial Good Companion portable typewriter].

"Today the cause has been taken up by Jaber George Jabbour (above), a Syrian banker living in Britain. He has set up SaypU, an alphabet with none of the indecipherable squiggles of traditional phonetic alphabets."
Among the "indecipherable squiggles" of previous attempts at a universal phonetic alphabet was a capitalisation mark devised by Henry Wise, a US-born school superintendent and English teacher based in The Philippines at the turn of the 20th Century.
As someone old enough to have sub-edited cable copy for newspaper typesetting, I know something about capitalisation and squiggles. In those days, copy came from the wire services (AP, UPI etc) in capital letters, as if transmitted from a "mill" typewriter. Before cutting copy into "takes" and pasting the takes to copypaper, then sending the sheets to be typeset by Linotype operators, it was necessary to underline every letter meant to be actually typeset in capitals. All other letters were to be typeset in lower-case letters (example below).

I was reminded of this by a Typewriter Topics story from 1909 about Wise and his patent to produce a dual-language typewriter. The idea was to do away with capital letters, substituting them on typeslugs with the lower-case letters from another (presumably phonetic) alphabet, and adding a typeslug to signify which letters were meant to be read as capitals. 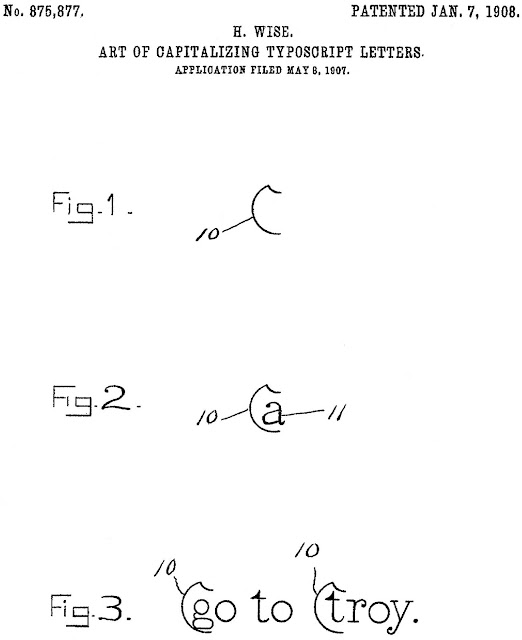 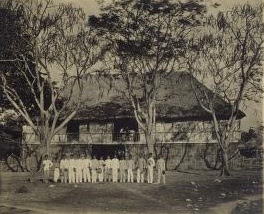 Henry Wise (born Wadestown, West Virginia, January 9, 1862) is standing on the far left of this group of students in Bacnotan, Union Province, in The Philippines in about 1907. Wise was among "The Thomasites", a group of about 500 American teachers sent by the US government to The Philippines in August 1901 and who arrived on the USAT Thomas. The term was extended to include any teacher who arrived in the first few years of the American Colonial Period of The Philippines. Wise was the second principal of Cavite State University. Wise's Swedish-born wife, May Swanson Wise, also taught school in The Philippines at this time. Henry Wise is said to have won a gold medal at the 1904 St Louis Exposition, but for what achievement I do not know. He endorsed the Proposed International Conference to a Universal Alphabet (College of Liberal Arts, Boston University, 1905): 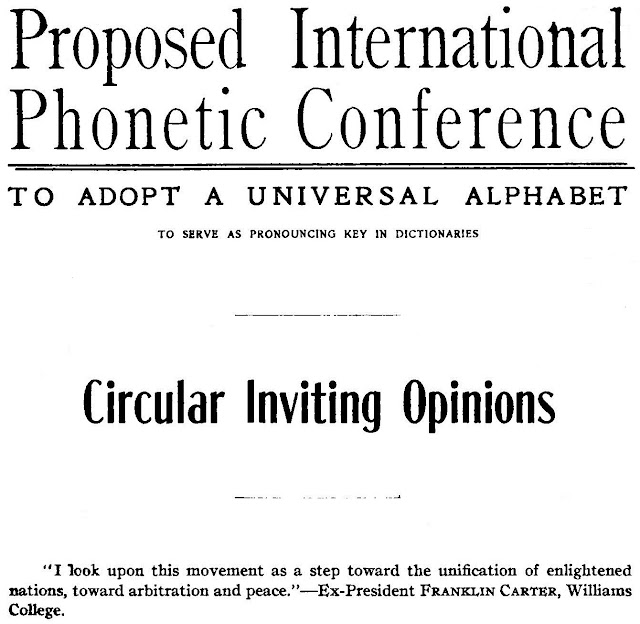 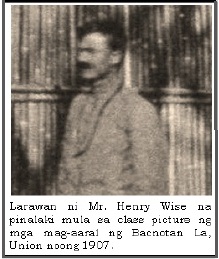 The efforts of Wise to convert the world (and perhaps to promote world peace in doing so) to his style of phonetic spelling included addressing the issue of capitalisation. More to the point, as Wise was pushing his ideas in the early part of the 20th Century, he found it necessary to address the need to apply a capitalisation device to typewriters.
Wise persuaded the German makers of the Kanzler typewriter to enter into a contract to use his patent for this, and was in 1909 hoping to convince American typewriter manufacturers to invest as much as a staggering $20,000 for the rights to use his device. 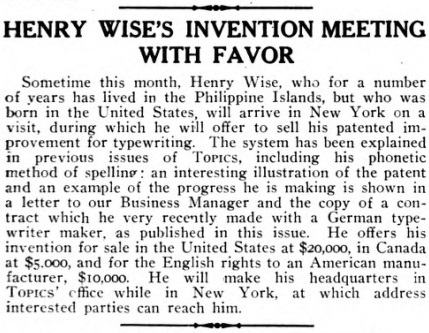 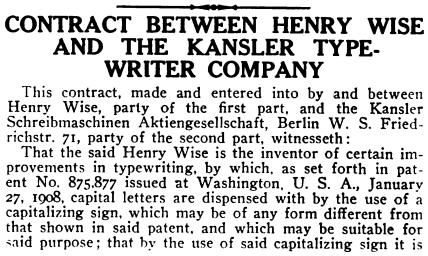 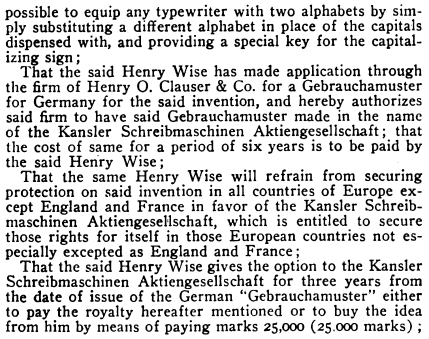 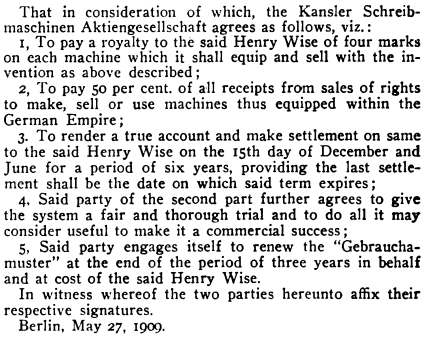 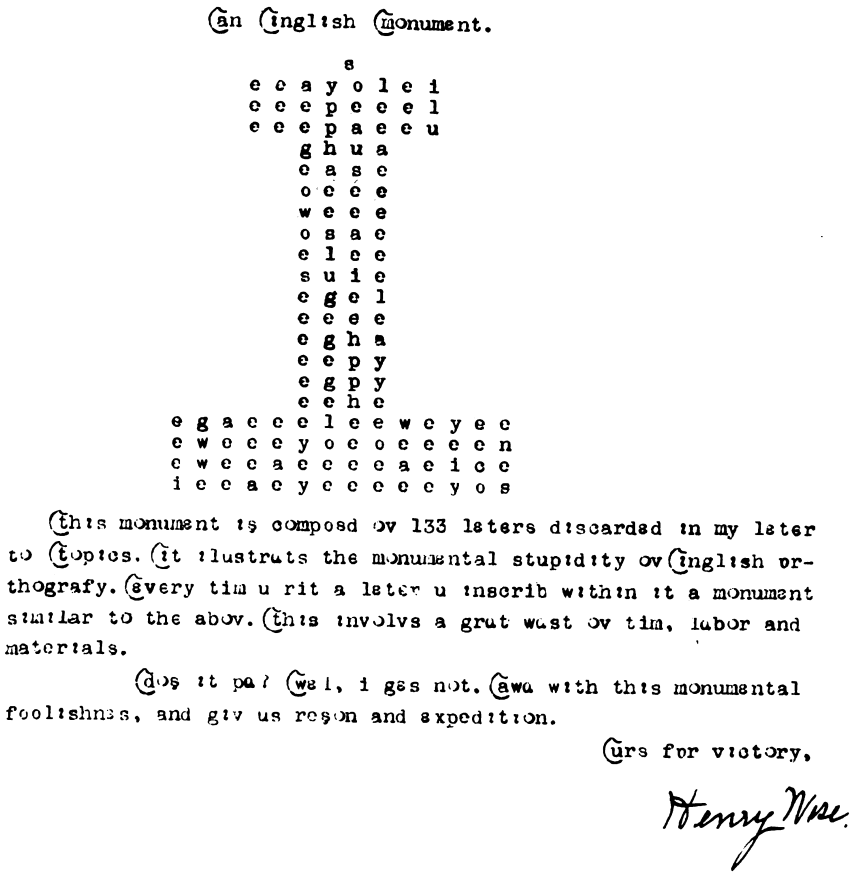 *Gebrauchsmuster: property right for an invention in a field of technology. 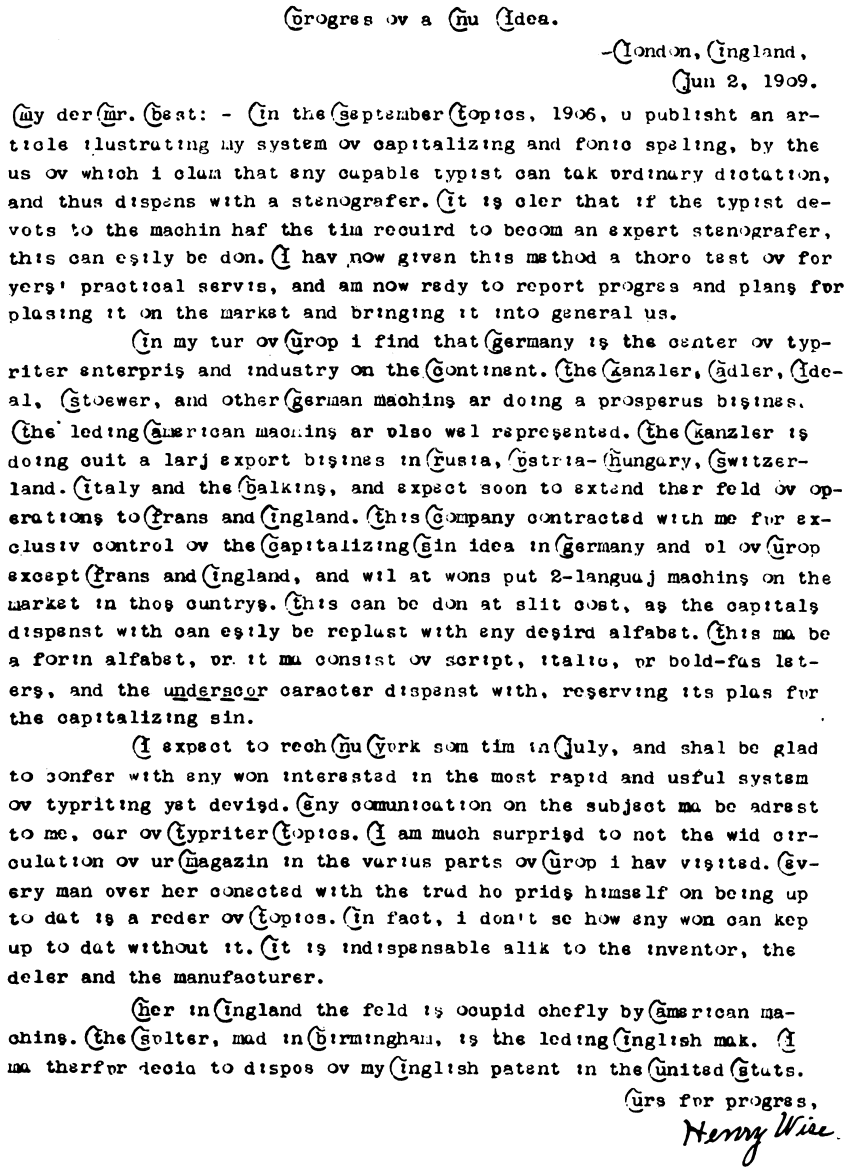 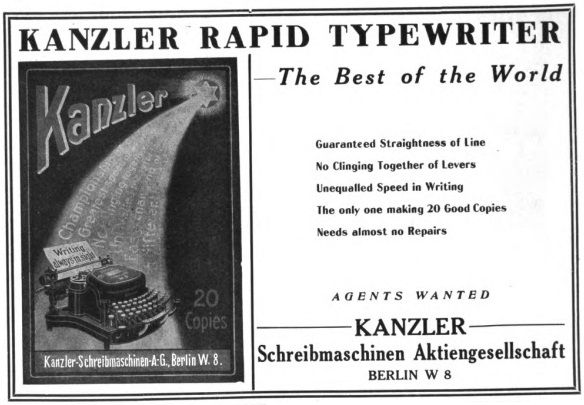 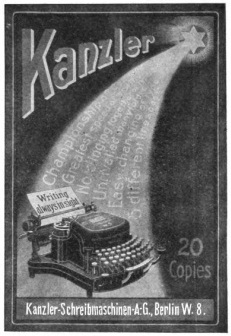 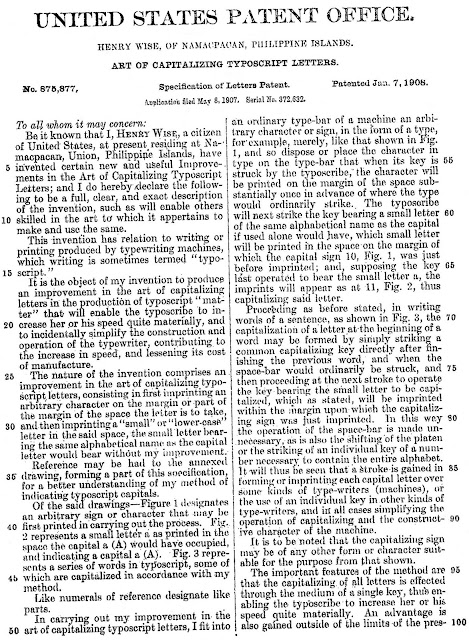 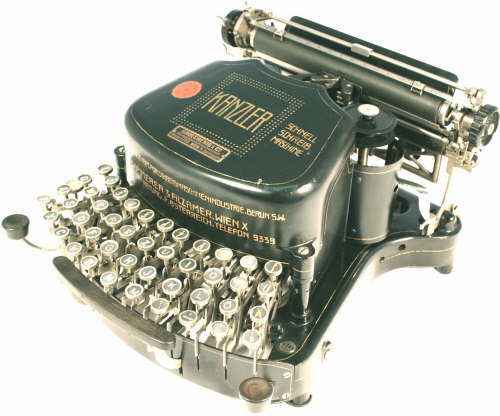 
From Paul Robert's Virtual Typewriter Museum:
Kanzler Schreibmaschinen AG, Berlin (1903): The Kanzler is the most 'German' typewriter ever produced in Germany. Not only the sturdy looks are German, but also the unique combination of swing and thrust action of this machine, and the fact that it only had 11 type bars to print a total of 88 characters. The Kanzler was designed by Paul Grützmann (below), who wished to produce a machine that was not only more stable than other typewriters, but also faster. 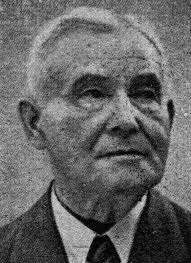 Once the Kanzler was on the market, the company claimed that a speed of 20 characters per second (1200 per minute, or about 200 words per minute) was technically possible. The keys were arranged in straight lines, one after the other, each four sharing a type bar. The combination of levers give the type a relatively high speed and strong thrust, even over the short distance between the type and the platen. Actually, Kanzler boasted that the thrust of the type was so strong that this was the best typewriter in the world for manifolding. The Kanzler 1b has two shift keys on either side of the keyboard. The Kanzler 1 only has one. The Kanzler 1 and 1b are much smaller than later models. The last and largest model was the Kanzler 4 that appeared in 1910. The company folded in 1912.
Posted by Robert Messenger at 16:00

Fascinating history - again thank you for a ver interesting read. Was surprised that the phonetic writing is actually quite readable (when you're voicing it in your own head, that is :)