Urania Portable Typewriter: I Join the Davis-Polt Chorus on this Silumin Classic 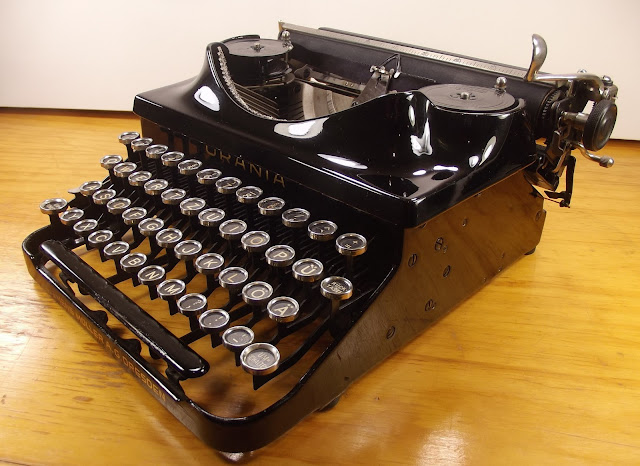 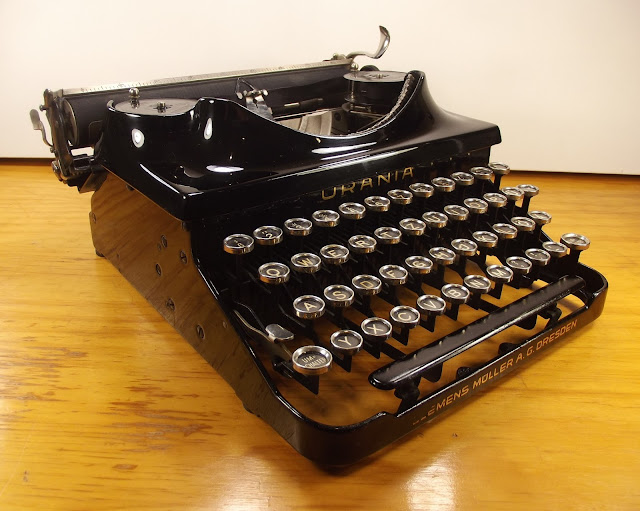 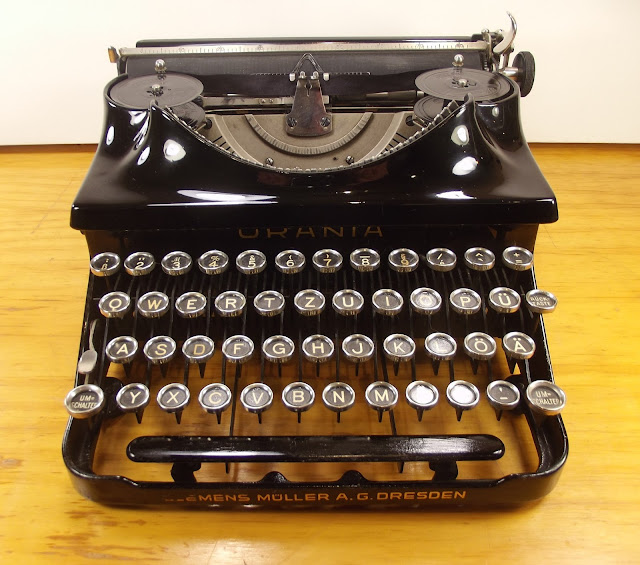 How could I not join the chorus? After  Will Davis had posted on his Klein-Urania at the Davis Typewriter Works in October last year (see here), saying he found his Klein-Urania "a very collectible typewriter [which I] like it very much", Richard Polt commented, adding his tick of approval to this portable. Richard's machine (below) has a Norwegian keyboard and a ribbon colour selector on the left side (as does Will's): 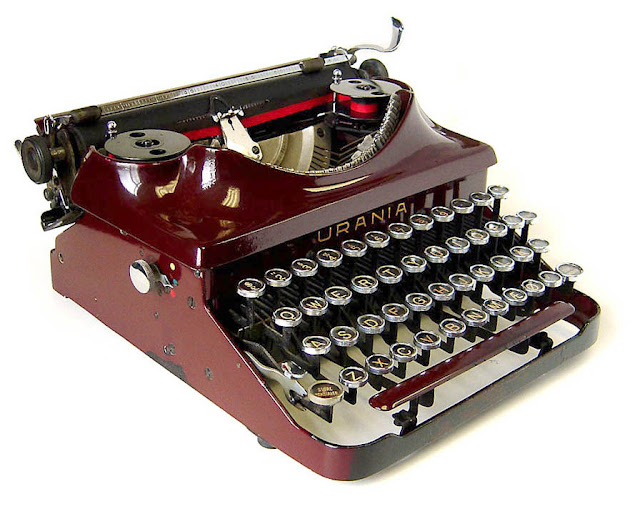 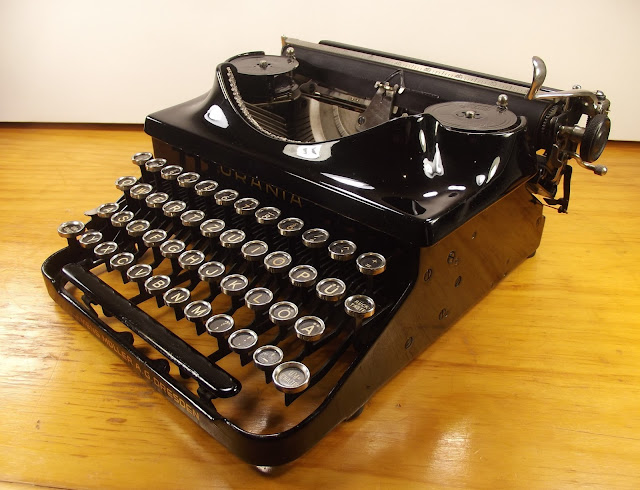 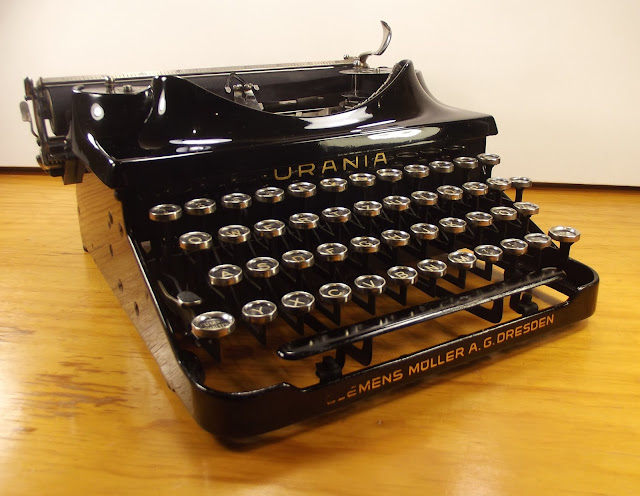 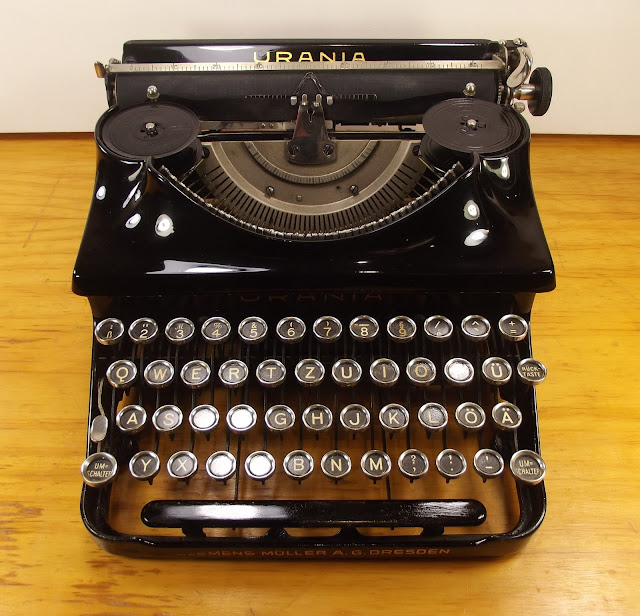 Ernst Martin wrote that the Klein-Urania was the successor of Urania Piccola. He said the casing was a sound-absorbing one-piece molding made of Silumin.  As well as giving the Urania stability, this made for "the quiet operation of the machine".
Wikipedia tells us that Silumin "is the name used in some countries for alloys based on the Al–Si system. Silumin is a series of lightweight, high-strength aluminium alloys with silicon content within the range of 3 to 50 per cent. Among the advantages of Silumin is its high resistance to corrosion, making it useful in humid environments. The addition of silicon to aluminium also makes it less viscous when liquid, which together with its low cost (both component elements are relatively cheap to extract), makes it a very good casting alloy and a fresher metal. It is also used on three-phase motors to allow speed regulation. Another use is rifle scope mounts and camera mounts." 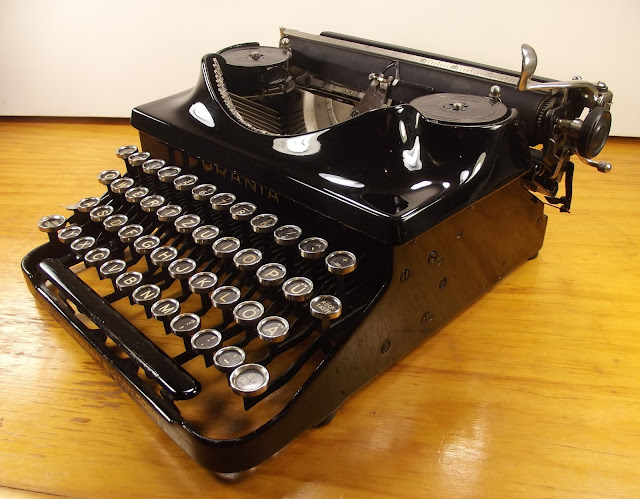 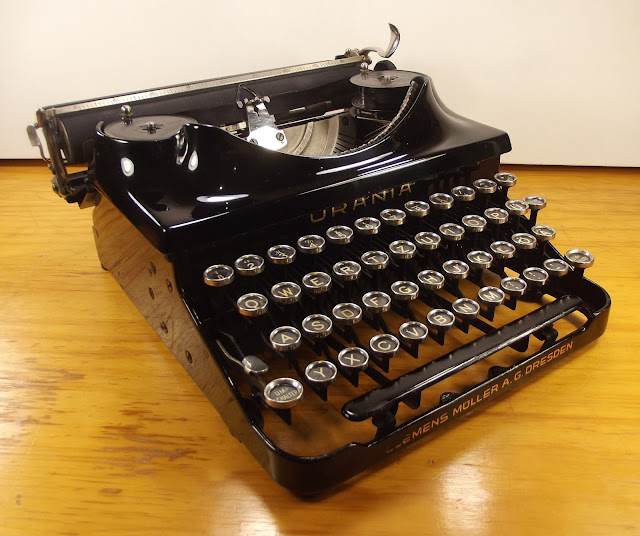 One of my childhood heroes was the Argentinian motor racing driver Juan Manual Fangio (although I was always cheering for Stirling Moss to beat him!). In 1954, Fangio drove a Mercedes-Benz W196 to win the German and Swiss Grands Prix. The car's engine was basically made of Silumin, with the two blocks of four cylinders cast in Silumin instead of fabricated in steel and the crankcase made of Silumin. 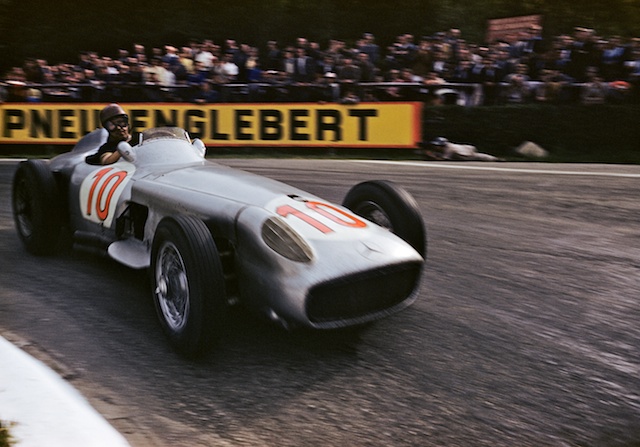 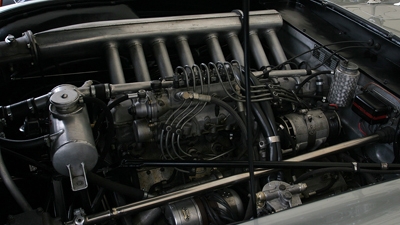 Another racing car of that period, the Lancia D50, was completely made of Silumin. 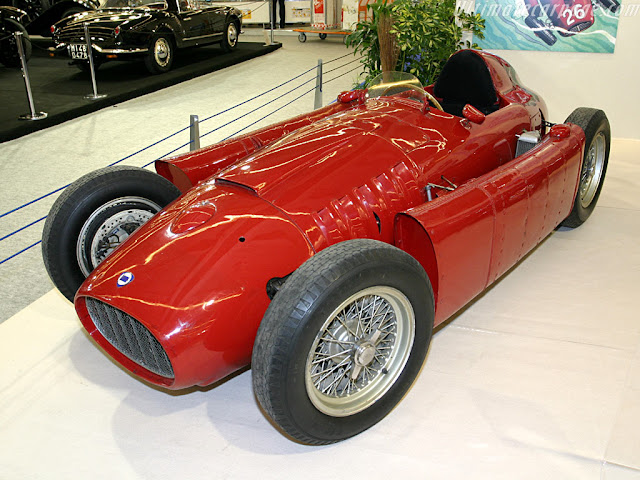 Now I can say I have a typewriter made of the same alloy that helped power one of Fangio's great cars! I will always remember my father giving me a 16-inch long exact replica of this Mercedes were he returned home from his travels in 1957. Goodness, I wish I'd kept it! The precision manufacturing in this model alone was totally awesome. 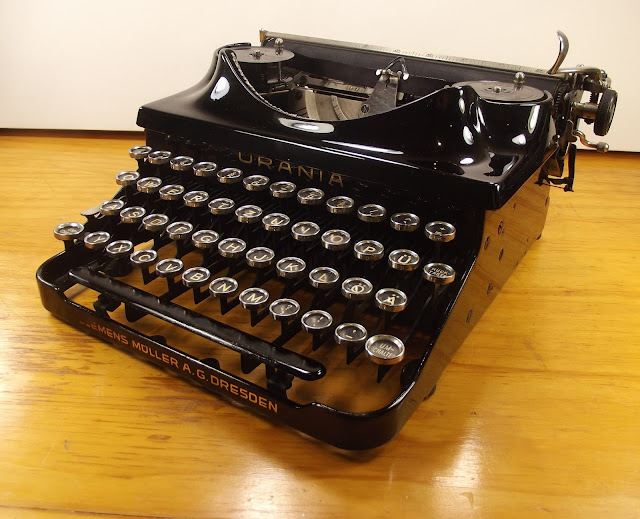 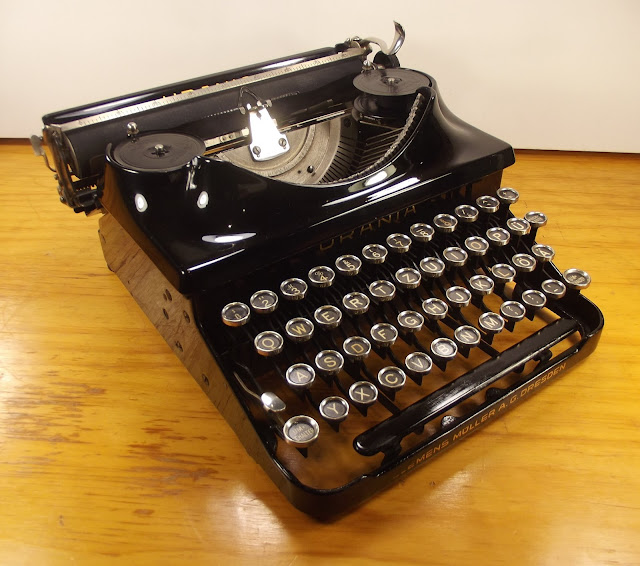 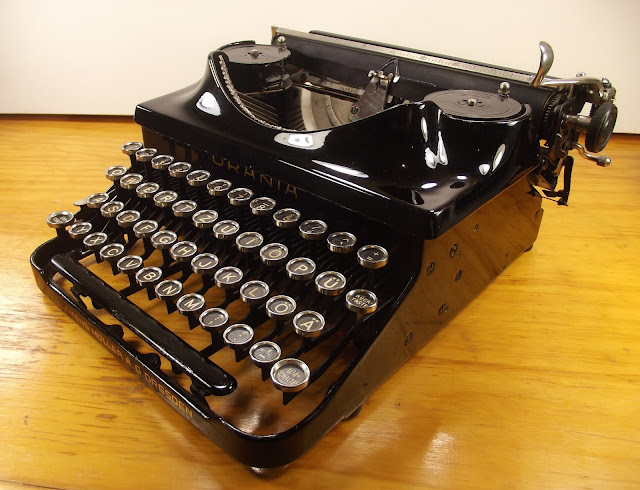 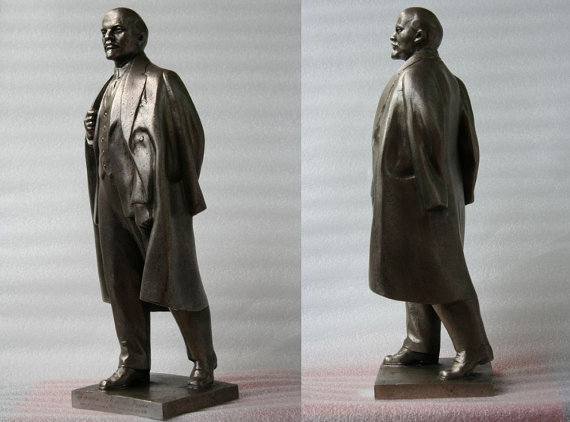 Posted by Robert Messenger at 22:22

Oh, I love the curves on this beauty. Excellent write-up. Makes me list for one now.

Now you're showing your age, Mr. Messenger. Sterling Moss was still my hero when I was 20, and on a visit to England in 1961. A discussion of motor racing with a young man of about 15 developed, and when I attempted to sound somewhat knowledgeable by mentioning Sterling Moss, it was pointed out to me that Jack Brabham was the thing.

The cowl over the type bars and next to the ribbon spools looks like it was melted into place. Beautiful machine.

Thank you Scott, Ryan and Tony for your comments.
It was the curves that I found irresistible.
Spot on, Tony. I don't mind showing my age when comes to Fangio and Moss. Brabham is an Aussie who later did to Kiwi Bruce McLaren what Fangio did to Moss - kept him from ever winning a world title.
Wonderful piece done on Moss a year or two ago in a British motoring magazine - the writer visited him while he was recovering from his fall and Moss won a bet by remembering some part he had in his engine in a race in 1955!
I watched video of Fangio racing after posting this! Great stuff.

Thanks for the education on Silumin -- and my condolences on the Ashes.

How would you compare it with Erikas of that time. I am talking about typing feel not aestheticaly. Thanks