Predictably, the typewritten Ugandan stamps mentioned by Typewriter Topics above are now worth tens of thousands of dollars. They are called "Cowries" and were typed by the Reverend Ernest Millar (1868-1917) at Mengo in April 1895. See Ugandan Cowries here.
See a short biography of Millar here. 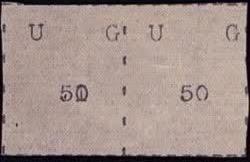 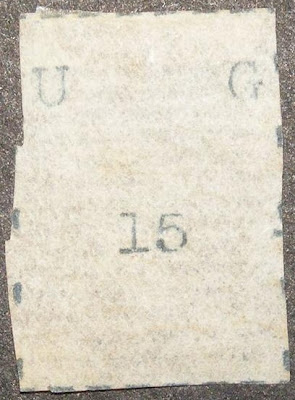 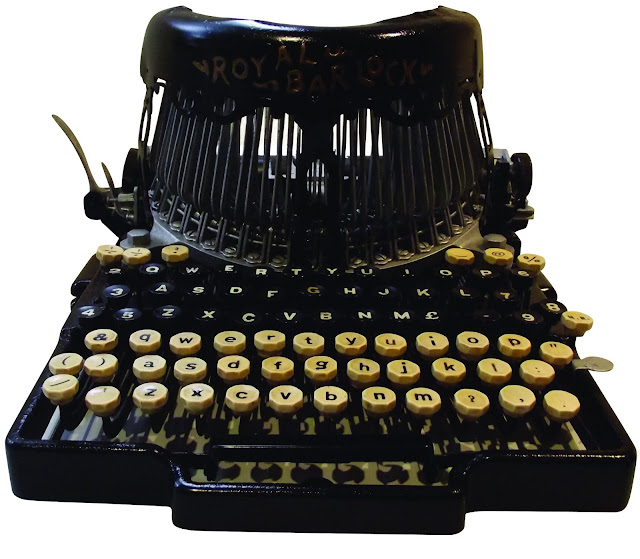 Given William James Richardson (1863-1949) had stitched up British Royal patronage for the Bar-Lock as early as 1890 - he had introduced Queen Victoria to the typewriter that year - it's hardly surprising he went looking for other kings and queens to use his machines. 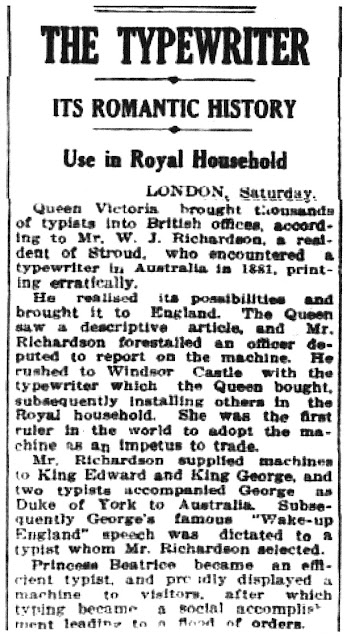 In 1909 Richardson signed on Andereya Bisereko Duhaga II, king of Bunyoro-Kitara in present-day Uganda.
In an interview published in the London Evening News on October 27, 1933, Richardson said he had been instrumental in Queen Victoria becoming "the first crowned head to adopt the use of typewriters”. From 1890, Richardson was officially designated by royal warrant to be “Her/His Majesty’s typewriter maker” to three successive British monarchs, Victoria, Edward VII and George V. Typewriter Topics reported, “all the typewriters in use in the various royal palaces, with two exceptions, being Bar-Locks”. Imperial later acquired the mantle under George VI. 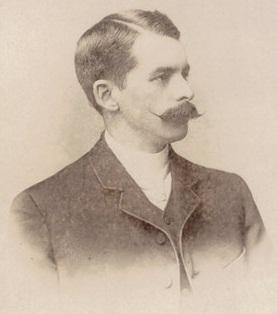 Richardson (above) was born in fashionable Highgate in London in June 1863. As a young man he was a bookseller in Portsea and a salesman for printing houses in Birmingham and Bristol. In the early 1880s he travelled to South Africa and Australia, and after seeing a Sholes & Glidden in Adelaide was “at once convinced a typewriter would be the writing instrument of the future”. He returned to England and found the London agent for the Sholes & Glidden had “never made much headway”. In 1885 Richardson went to the US, where he was introduced to Charles Spiro, then working on the Columbia. Richardson secured the British rights, but later formed the opinion that the public did not want low-priced typewriters, but machines that were “rapid and durable”. He said Spiro shared this view, thus invented the Bar-Lock. 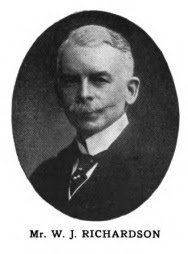 Richardson had formed the company W.J.Richardson & Co to “dispose of some thousands” of Columbias. In September 1888 he changed the name of his organisation to The Typewriter Company to market Spiro’s second machine, relabelled in Britain as the Royal Bar-Lock. 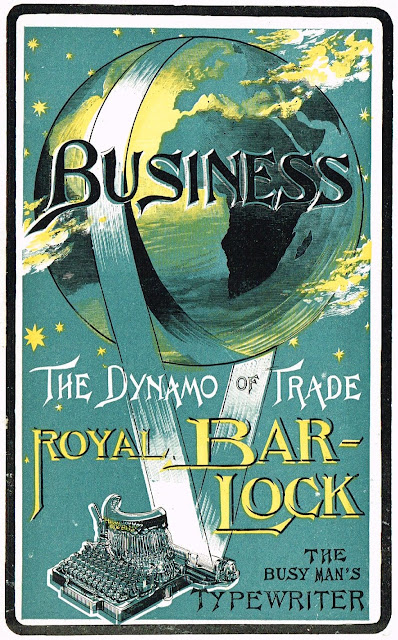 In 1908 the company became known as The Bar-Lock Typewriter Co Ltd. Typewriter Topics reported, “Richardson introduced upon the British market the No 1 Model Bar-Lock. For four years the British sales kept ahead of the entire output of the American factory, and only by 1893 was the increase in the factory production such as to enable the machine to be sold in the United States of America, the country of its manufacture.” In 1914 Richardson bought out all the patents, trademarks and tools of Spiro’s Columbia Typewriter Manufacturing Company.
Andereya Bisereko Duhaga II (1882-1924) reigned as king (Omukama) of Bunyoro-Kitara (see flag below) from 1902 until his death. 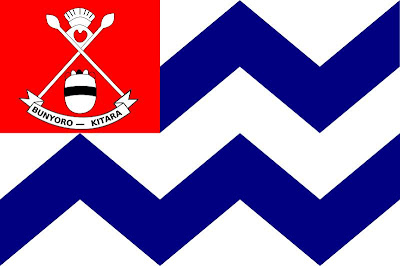 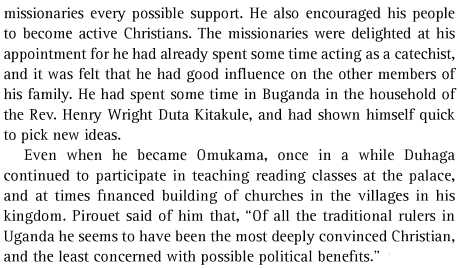 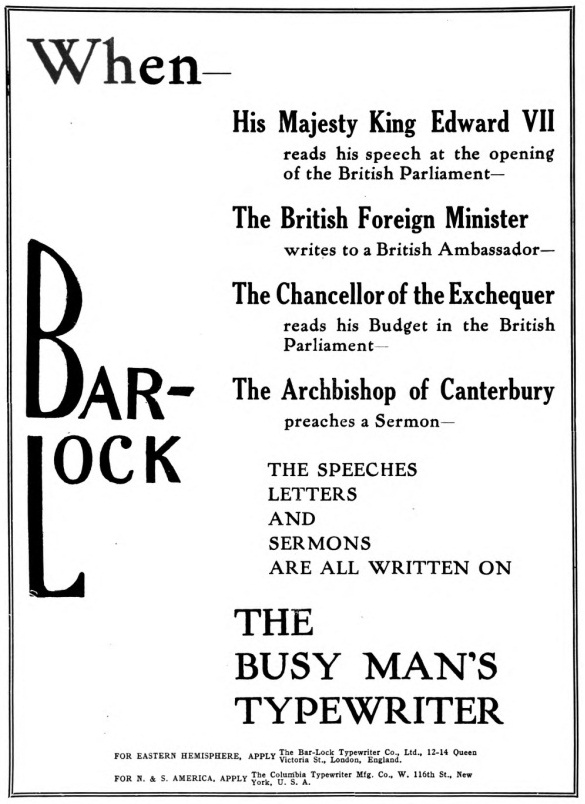 Posted by Robert Messenger at 08:49

Fascinating about the stamps, which show that that Bar-Lock was a very unique and precious instrument at the time.