From the Office of Richard Polt (III): Typecasts from his Great Collection

When a friend says, "I've got to attend a meeting, I'll be gone for a short while, help yourself to my typewriters, don't hesitate to use them" - then you know you have a good friend indeed, a true friend for life. Especially when that Typospherian friend is Richard Polt and his typewriter collection is one of the finest it would be possible to see - and use! 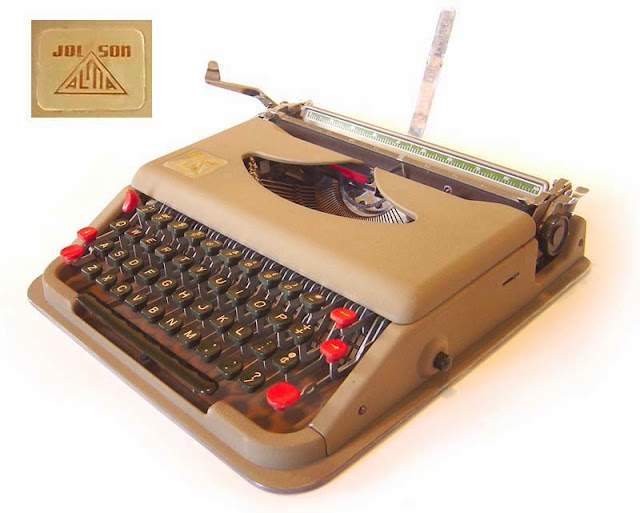 Alma Jolson (Italy, ca 1955) - name variant of the Antares Parva, sold in US
This image from the Richard Polt Collection
I didn't avail of this opportunity as well as I might - time ran out on me before I could type with a Alma Jolson Antares, a true beauty that I was itching to caress with my two typing fingers. And there were many others I didn't get to (I hadn't taken up the invitation to type on a gorgeous green Triumph Norm 6 that Richard has in his attic at home). But hopefully there will be other chances in future years - my life is now committed to returning to the United States, to attend another Herman Price gathering (and make a presentation there) and to meet up with Richard in Cincinnati once more. 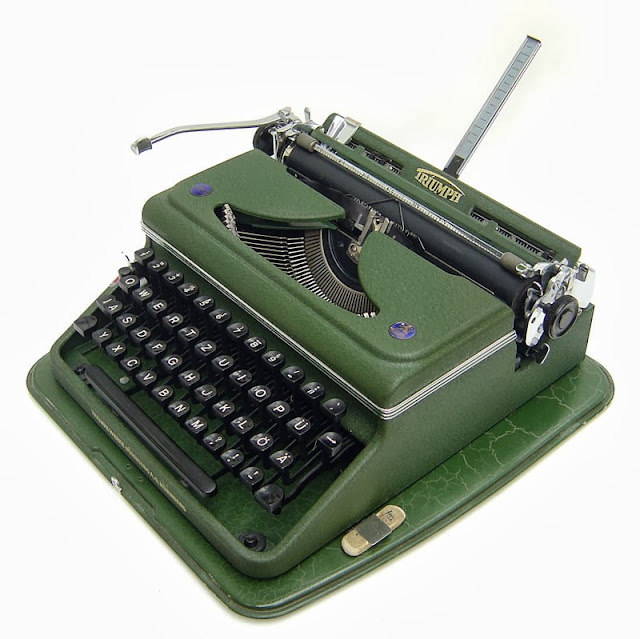 Triumph Norm 6 #656801 (West Germany, 1952)
This image from the Richard Polt Collection
For the time being, here are some typecasts I did using typewriters Richard has in his office at Xavier University: 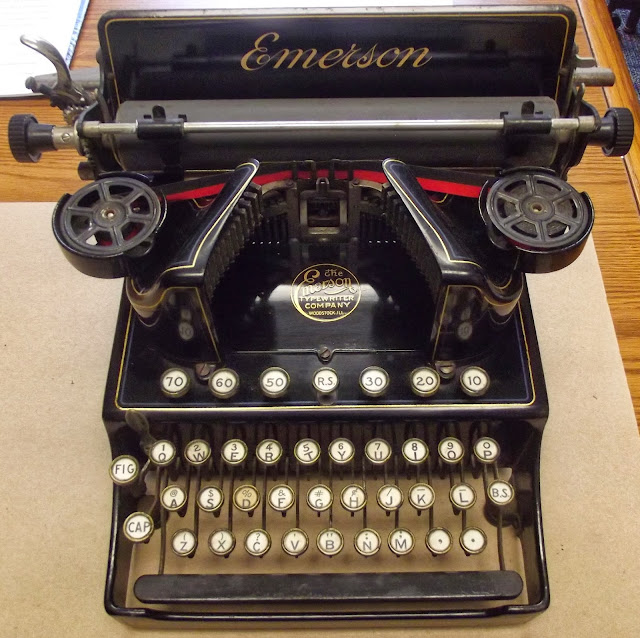 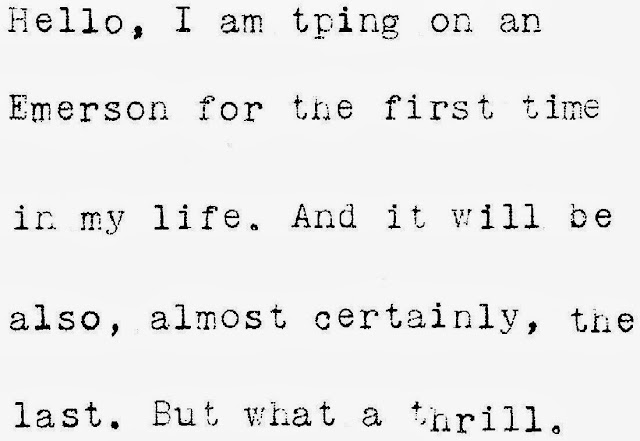 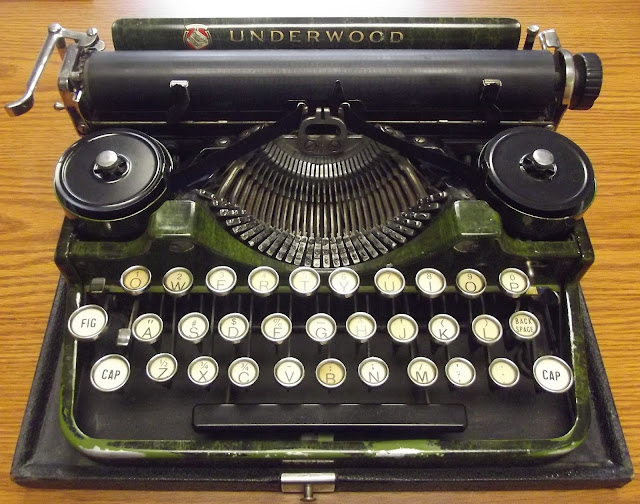 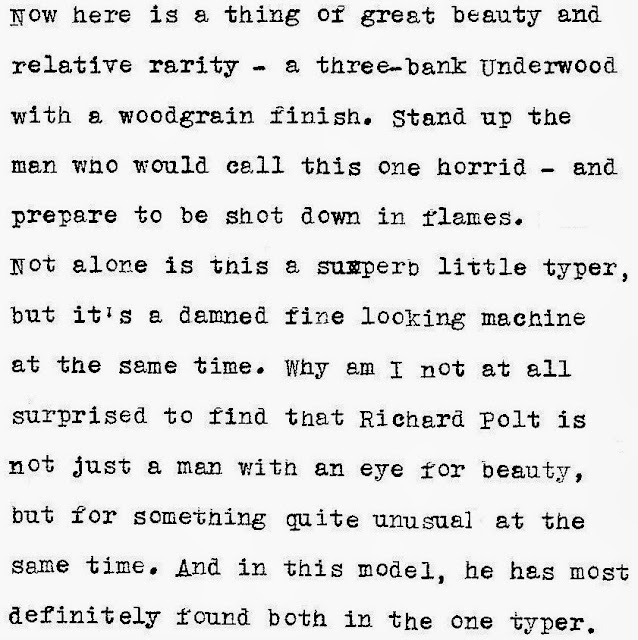 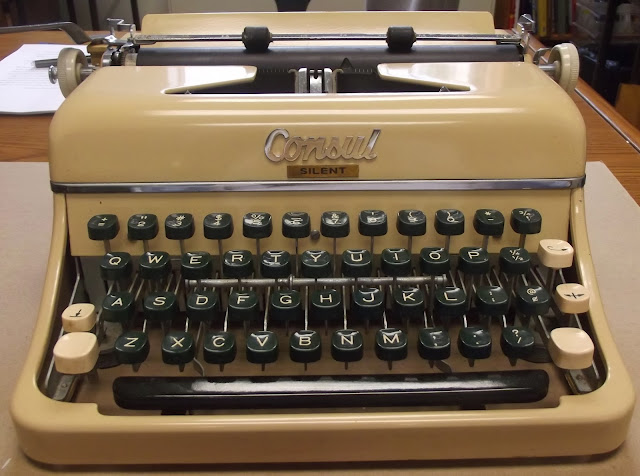 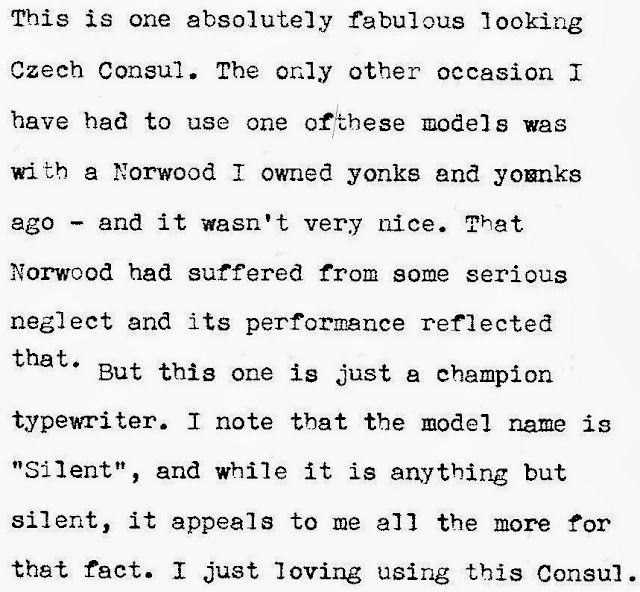 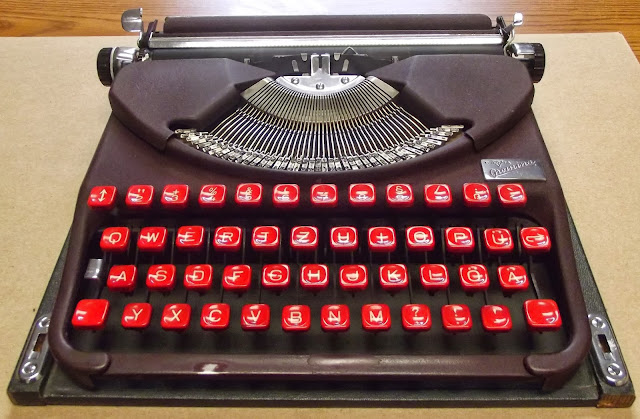 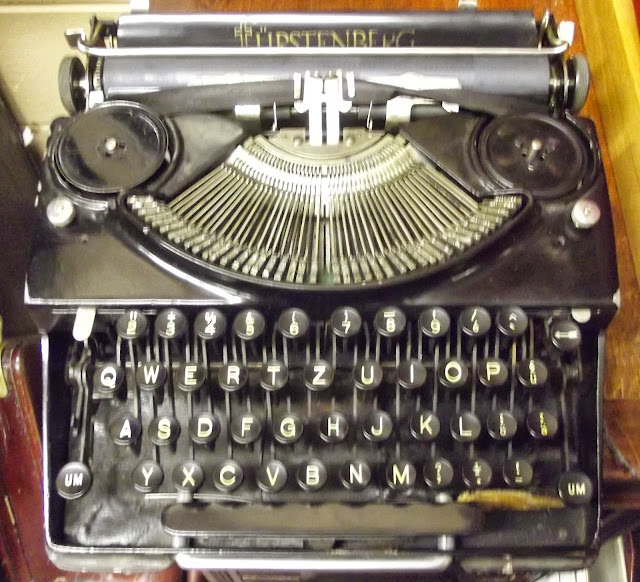 (From the Herman Price Collection, added here for comparison purposes.)
It’s a Fürstenberg, not a Fürsterband (silly me!). And now that I look more closely at the two, I'm no longer convinced. Far from it. I think I've yet again jumped to false conclusions ... 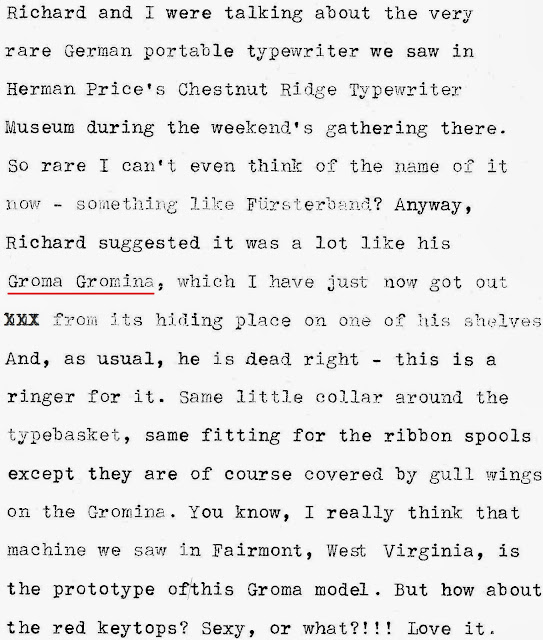 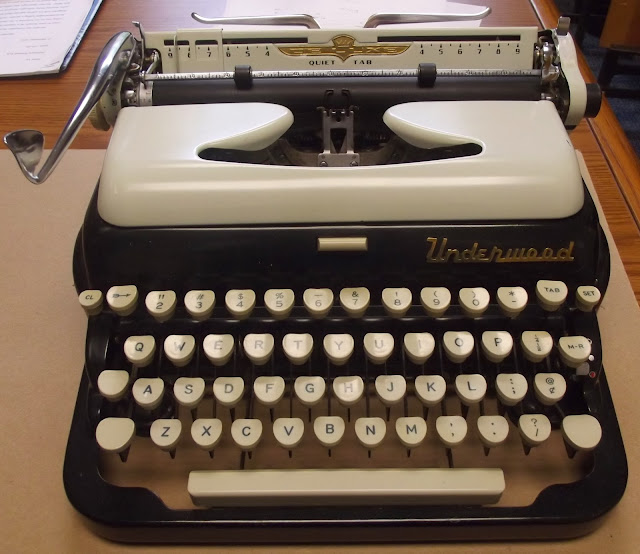 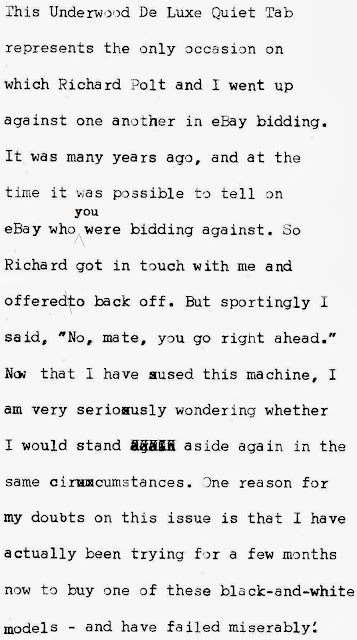 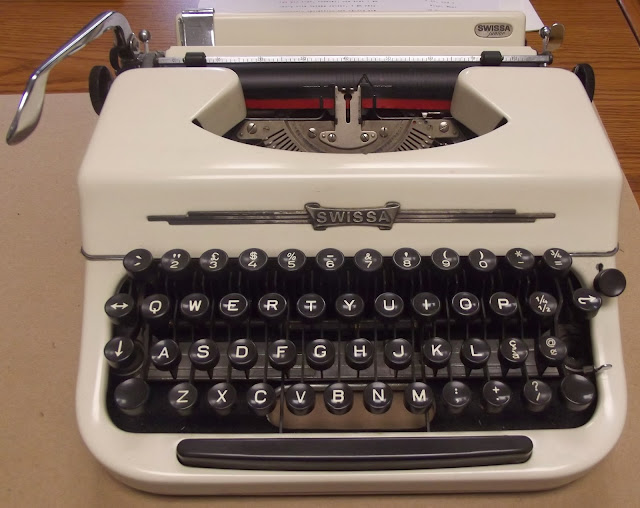 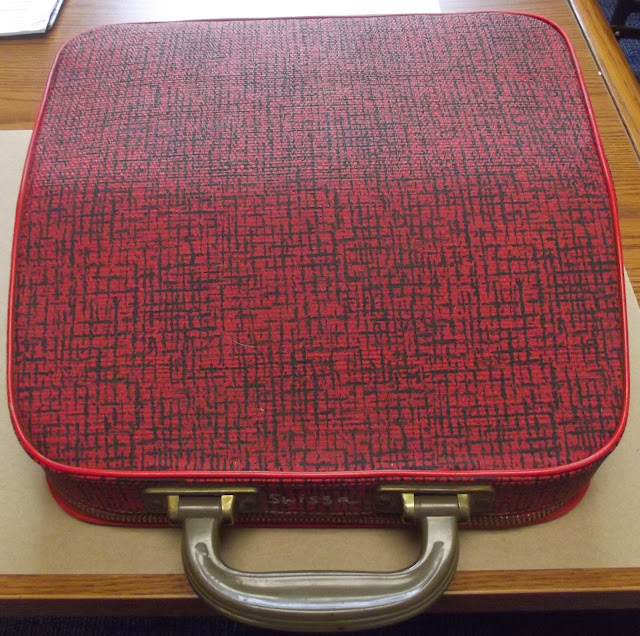 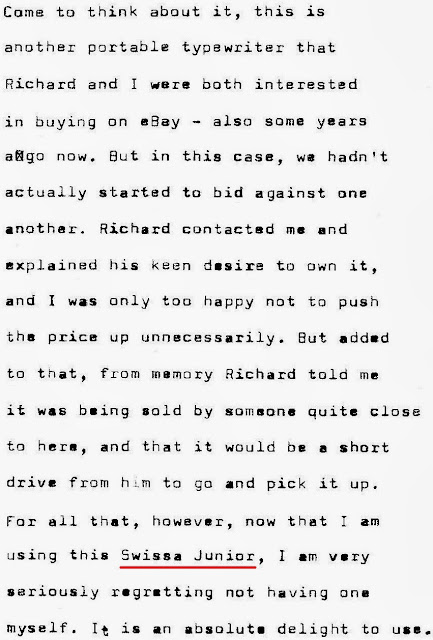 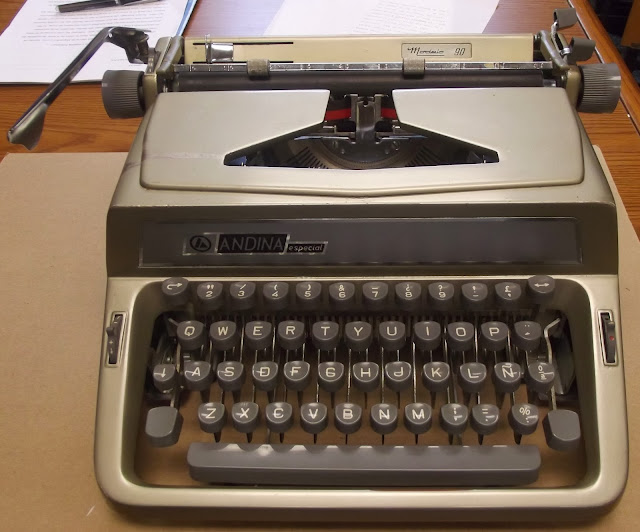 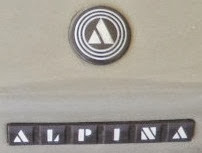 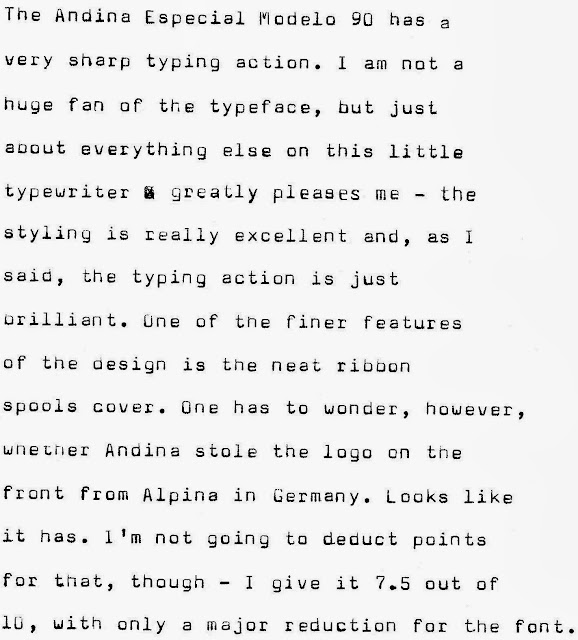 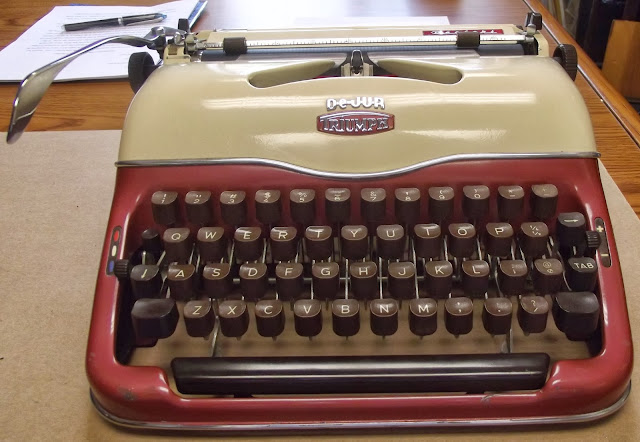 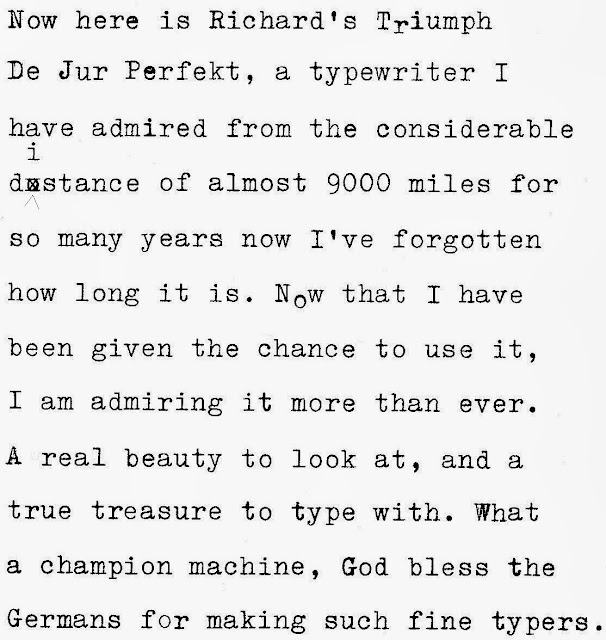 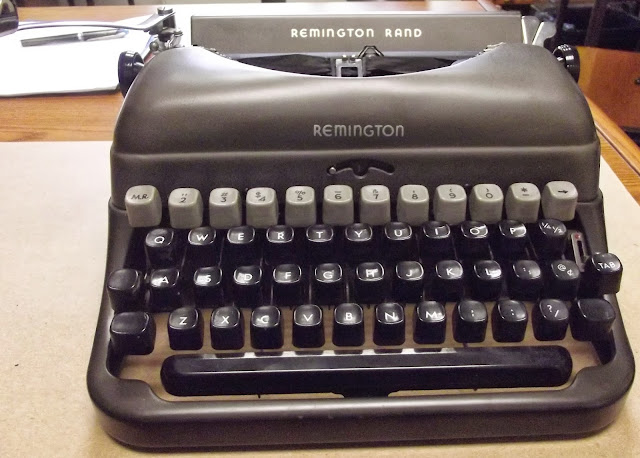 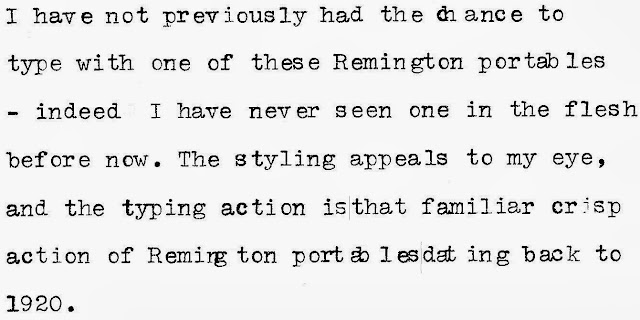 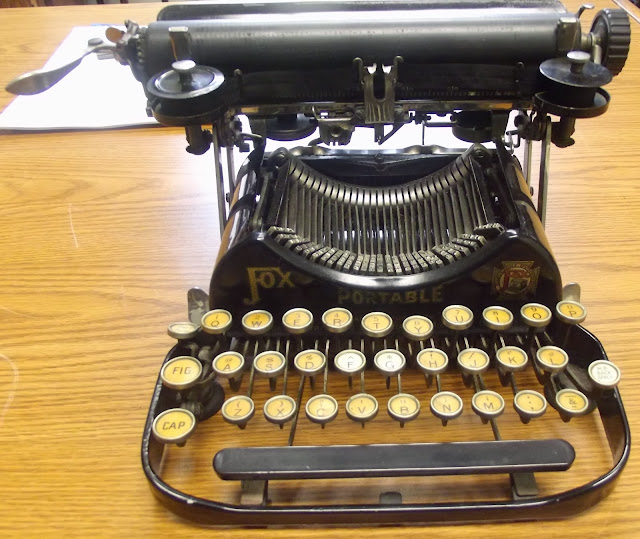 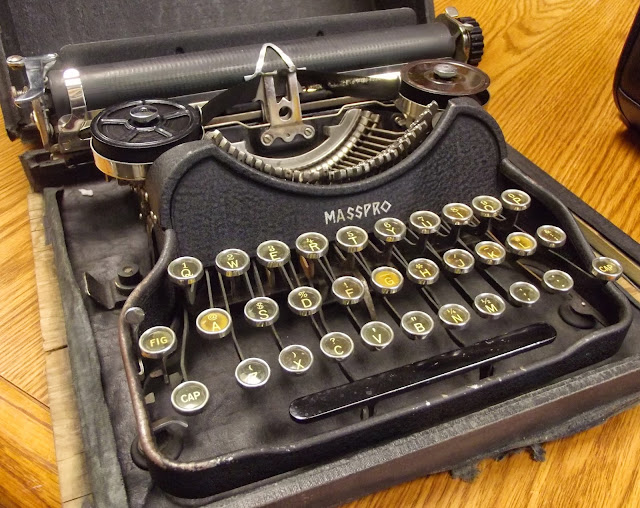 My heart is sinking, as just before posting on this, I received a spreadsheet from Herman Price, which shows that Richard's Masspro is one of only 17 known to exist in the world (and Herman has three of them!). The serial numbers of the known Masspros range from 1009 to 2977 and most of them are held in collections in Europe (with just seven in the US).

INTERESTING MACHINES I DIDN'T TYPECAST WITH 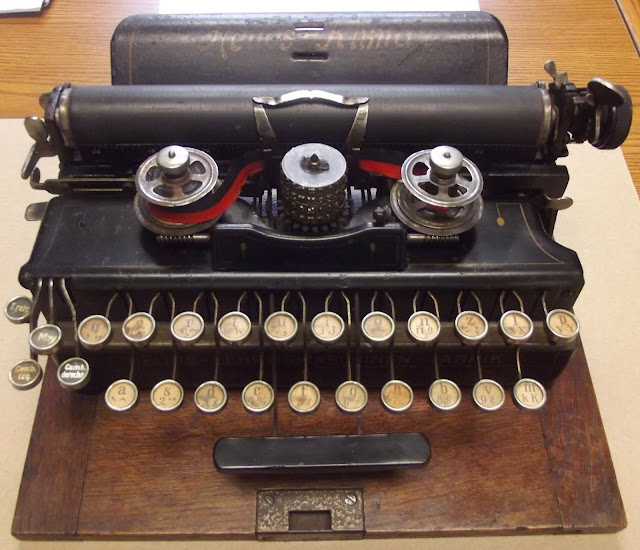 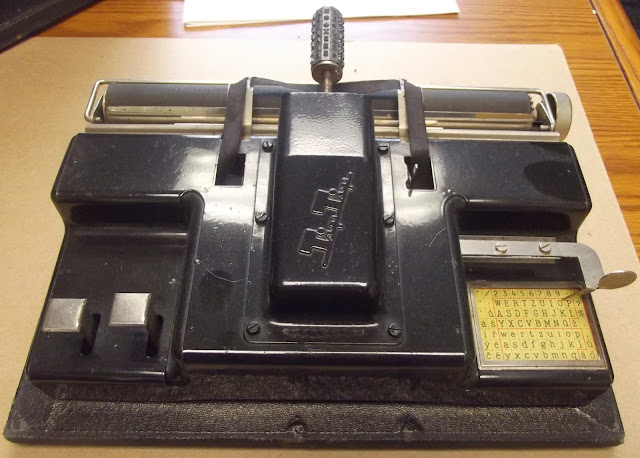 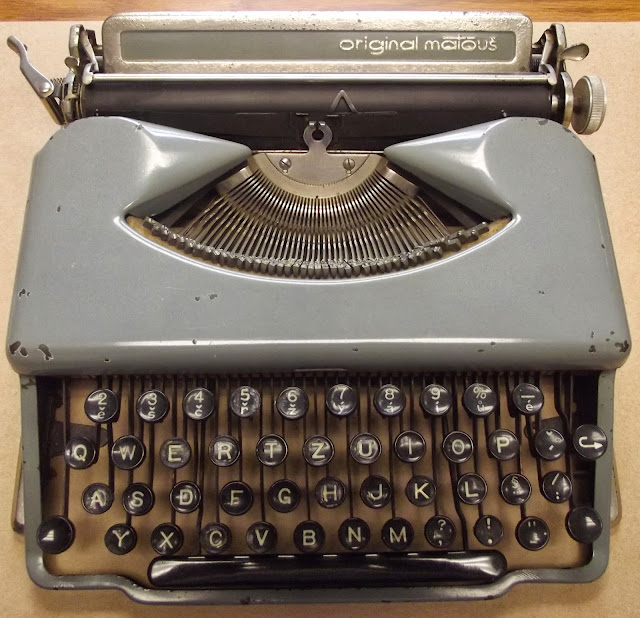 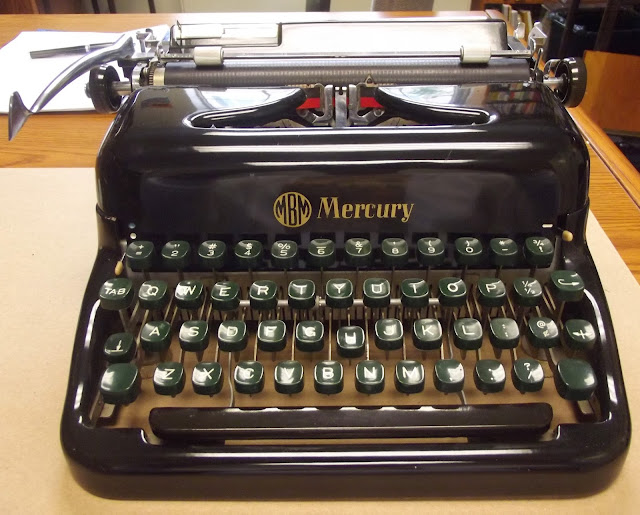 A question for Richard Polt: What do your students say when they step into your office for the first time?

Given that, presumably, few of them even remember cassettes.

Robert, it's fun to see what you were able to type in a limited time in my office. Do be sure to return and play more!

Travelling Type, usually students say, "Wow ... do you collect typewriters? Where did you get all these?" But sometimes they pay no attention at all -- it's as if these objects didn't exist. Sometimes there are more questions, such as, "What's your oldest one? What's your favorite? Do they cost a lot?" And once in a while someone is seriously fascinated. I usually end up arranging for that person to get a typewriter. (Today it was a colleague in the English department whose daughter wants a "cool electric typewriter." I asked if the '70s were cool. I think Leisure Suit Larry may be just the thing.)

Every one of those machines is amazing, but the award for Most Robotic goes to the Helios. Interestingly enough, there was an East German camera lens manufacturer by that name known for really funky bokeh.

Robert, you were so lucky to get to use all of those wonderful machines.

The more you post the more amazed I am at all the fine typewriters in Richards collection.

All of the machines are fantastic.

The one typewriter that shouts "I'm mass produced!" turns out to be thin on the ground. There's one out there with your name on it, surely.

With every new post I get more and more impressed by Richard's collection. Of all the machines you've shown in your photos, the only models I own have been the Underwood 3 bank (also in a very beautiful woodgrain finish!) and the Corona 3. Guess it's still a very, very long way before I can call myself a collector.

My gosh, there are some beauties there. Well, except for the Tip Tip which looks more like the old clothes pressers called a "Mangle". But its name does give it character. I don't know whether this collection inspires me, or causes me to throw up my hands in frustration at ever acquiring anything close to it. I am glad that there are folks like Robert and Richard who preserve these beauties and make them available for our perusal.

Only 17 known of the Masspro? There's a certain irony to that name now.

Looks like you've had a play on some lovely machines. It has been great to see!