Lock Me Up in West Virginia - and Throw Away the Key

37 REASONS I SHOULD BE THERE
It's 44 miles from Fairmont, West Virginia, to Asylum Drive, Weston. That's about 71 kilometres. It would take me less than an hour to get there and an hour to get back. Presumably I'd get some sort of weekend remission for good behaviour, perhaps even with an electronic ankle strap. But they'd know where I'd always be: prowling the passageways of Herman Price's Chestnut Ridge Typewriter Museum.
Then again, with 37 ticks against my name, maybe I'd just have to sit in Weston and smell the typewriters from there. At least I'd be that much closer to Typewriter Heaven. 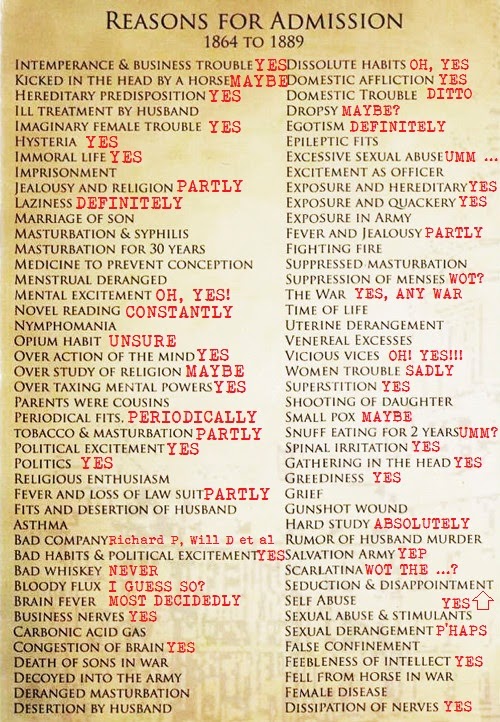 You've no doubt seen this chart (it's been online for five years). It relates to reasons why one could be admitted to the Trans-Allegheny Lunatic Asylum on Asylum Drive, Weston, West Virginia, between the asylum's opening in 1864 and 1889. As the Huffington Post said, "The next time someone says count your blessings, do it ... were it not for the scant 120-odd years that have passed, pretty much every last one of us would have been a good candidate for the West Virginia Hospital for the Insane. These are the reasons you could have found yourself on their not-at-all-exclusive guest list." American Live Wire ("We are all crazy") reports a Reddit user bearsdriving had originally posted a photograph of the admissions criteria. The list also appears on Dangerous Minds.
London's Daily Mail, which picked up the story from usvth3m, said, "From 'feebleness of intellect' to 'women trouble' the reasons a patient could be admitted to a lunatic asylum in the late 1800s reveals inequality and a poor understanding of mental health issues. While the startling list of reasons for admission at Trans-Allegheny Lunatic Asylum may give only a glimpse of what caused the patient to be sent there, it reveals a lot about society's attitudes. The sprawling West Virginia institution was closed in 1994, after more than 100 years of lobotomies and cold bath treatments for its patients, many of whom just had the misfortune to have been abandoned by their families."
Quite apart from the 37 causes for my insanity that I've ticked on the list above, there are other reasons why I think I should be back in West Virginia:

23 OTHER REASONS
I SHOULD BE THERE 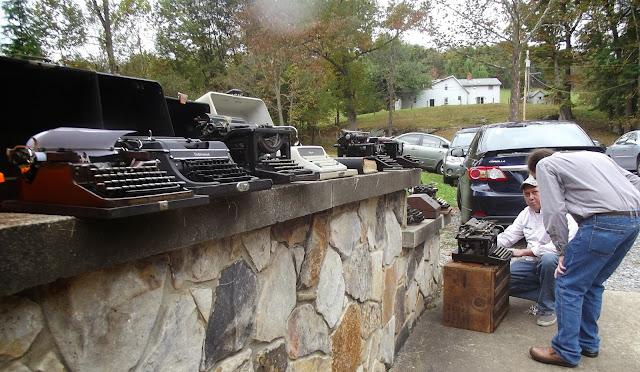 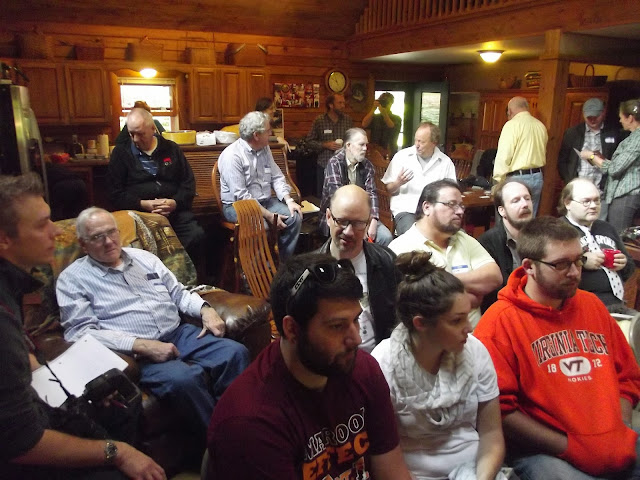 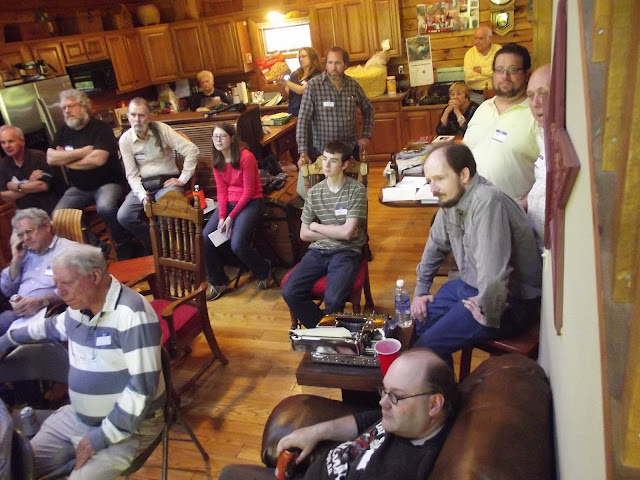 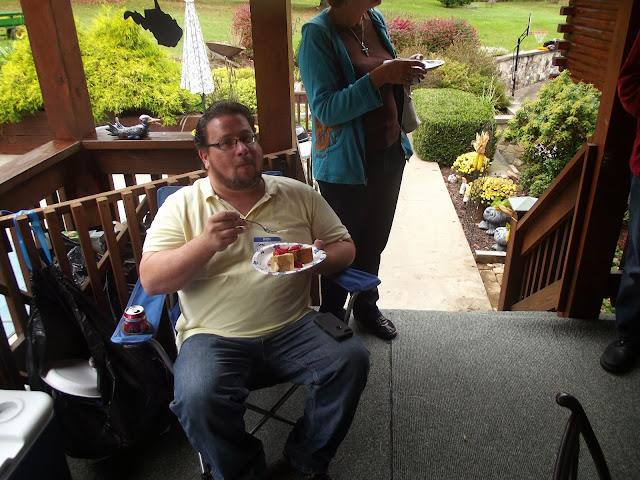 The food (thanks Connie)

The craic with Martin Howard 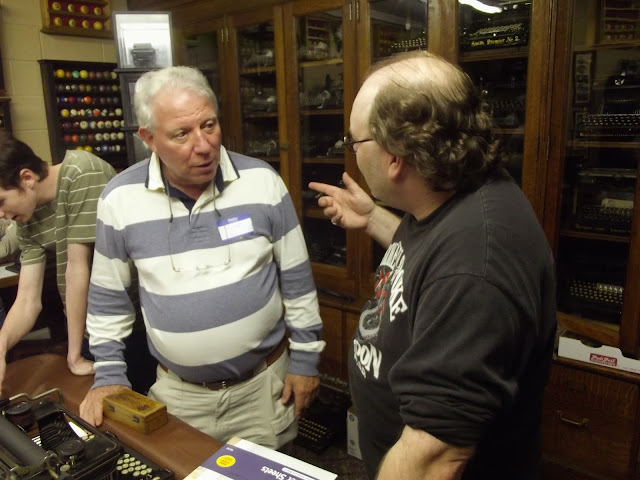 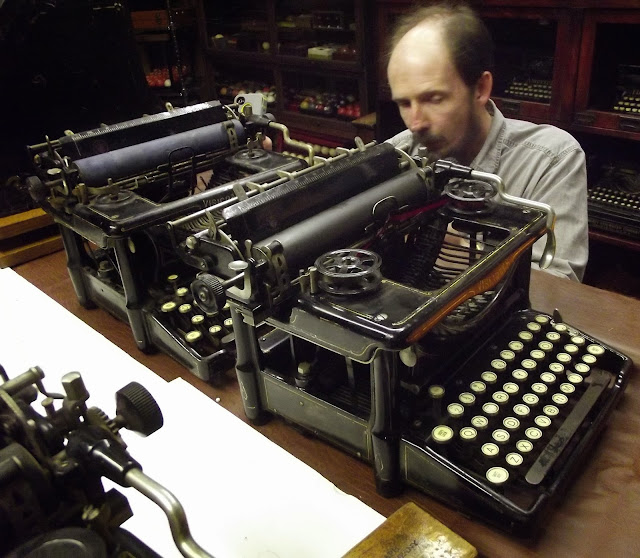 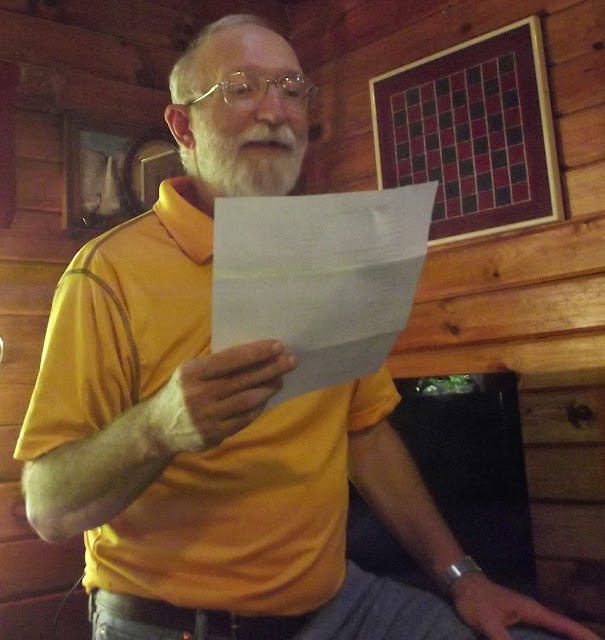 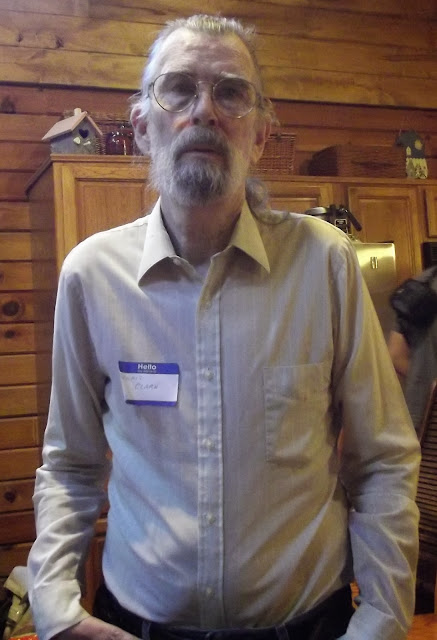 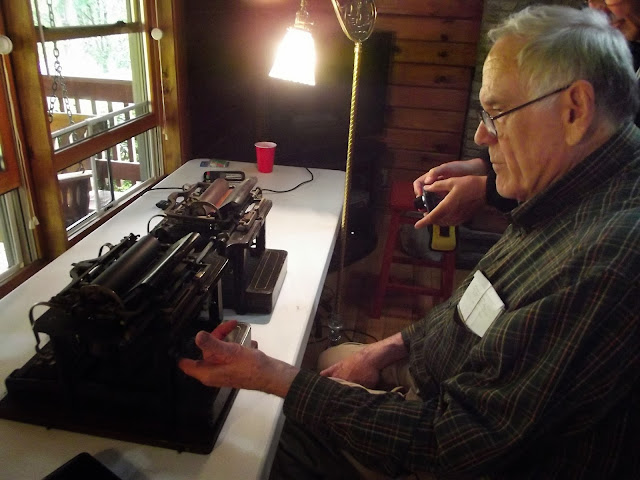 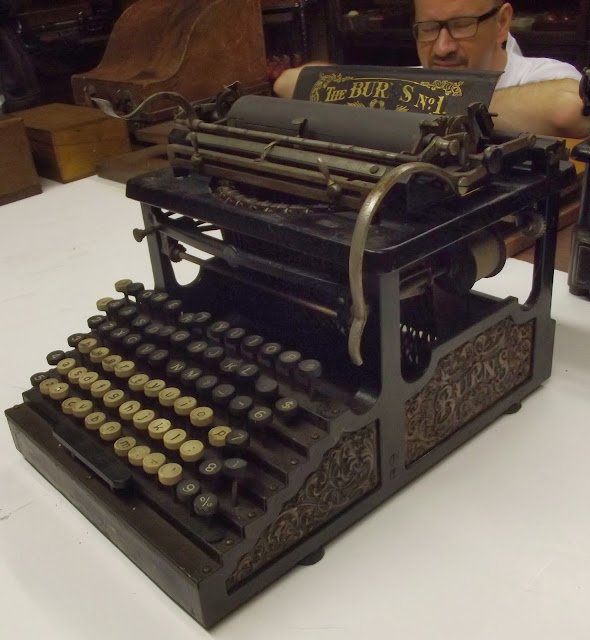 To admire the Burns once more 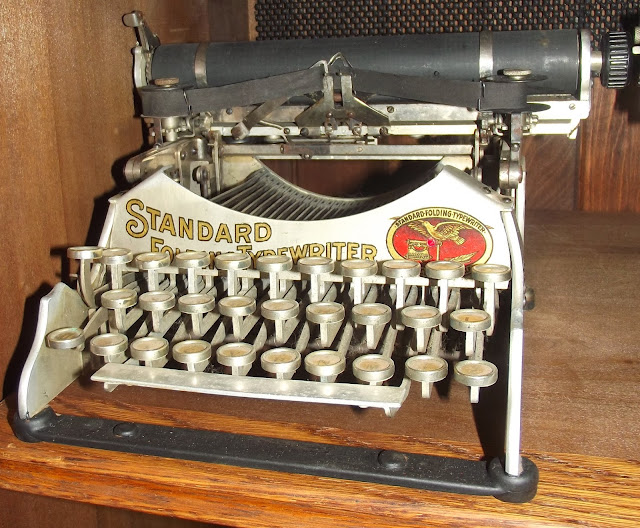 Or a Standard Folding or a Bambino 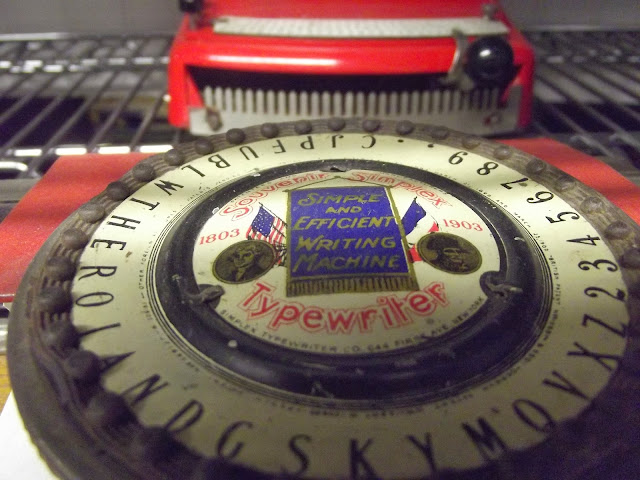 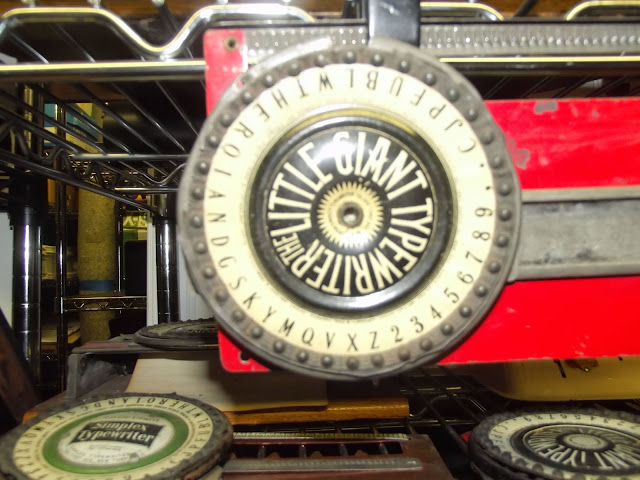 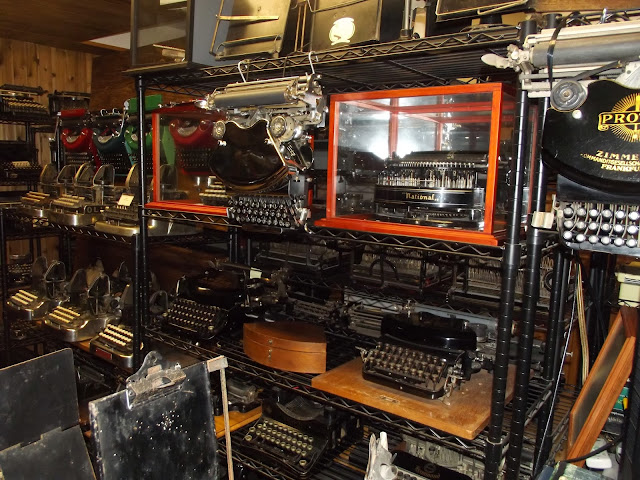 Or any typewriter for that matter 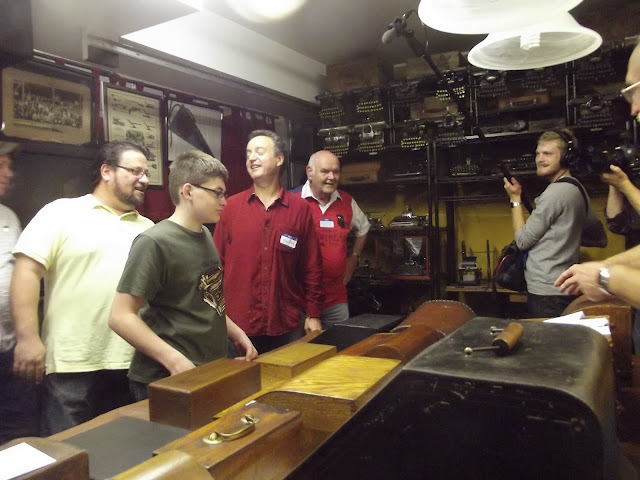 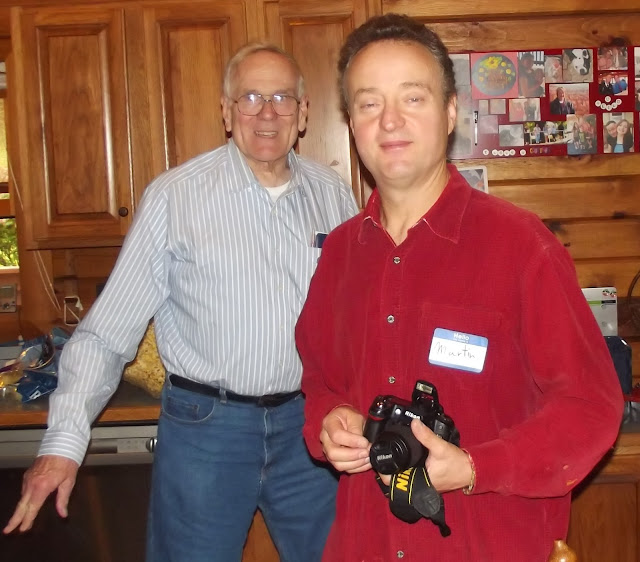 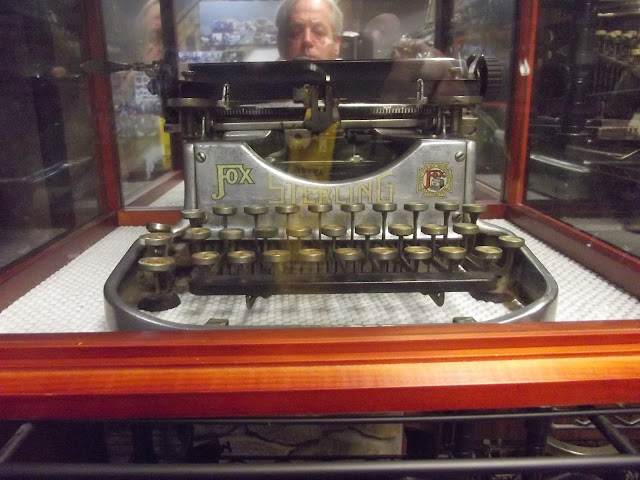 Especially at the Sholes & Glidden 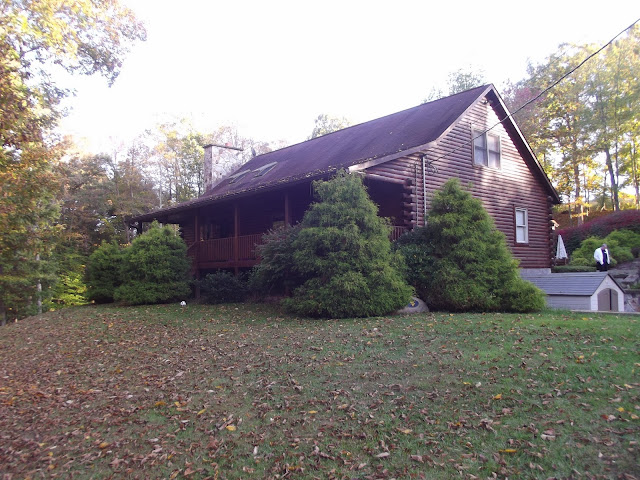 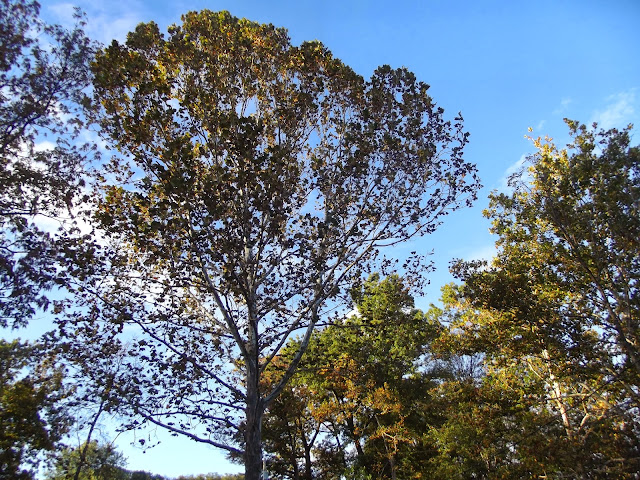 Posted by Robert Messenger at 23:27

Another great post about the meeting, and even more new photos!

Yes.. there are likely many worse places you could end up than at at permanent typewriter collectors' meeting. Luckily you've got enough photos and memories to keep it alive until we can get together again.

Thanks for the blasts from the recent past!

West Virginia is a beautiful place. I lived in the mountains of S.W. Virgina only about 30 mile from West Virginia. Did a lot of hiking in both places.

Now with all those typewriters there I would move to W. VA if I could.

Thanks for all the great photos.