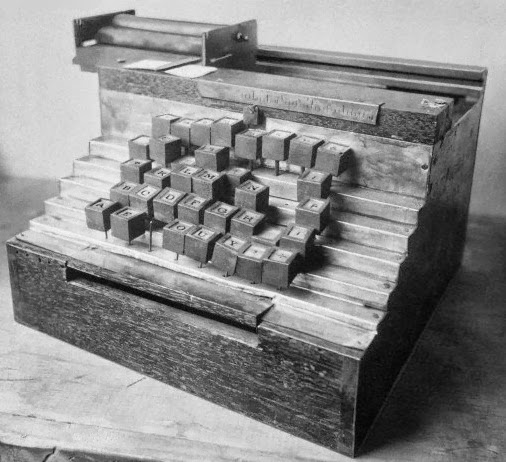 I wasn't aware of this typewriter until I came across this image today. There is no indication of where or when Philip Gendreau took the photograph, but my gut feeling is the typewriter is not in the Smithsonian.
We do know that this same image was used in Ernst Martin's 1949 history of the typewriter, in a one-line reference to Allen's typewriter. But Martin makes the mistake of dating the machine to 1867: 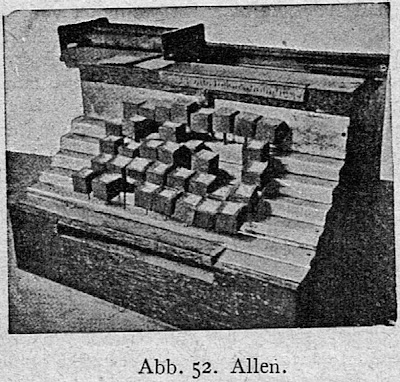 I would assume this is the prototype model which accompanied Robert Thomas Pritchard Allen's application to the United States Patent Office in Washington for a patent for an "Improvement in Type-Writers" in April 1876. The patent was issued on Boxing Day 1876, exactly eight months later. The title of the patent, using as it does the words "improvement" and "type-writer", would suggest Allen was aware of the Sholes & Glidden when he applied for the patent, and when he designed this machine. Allen had already, precisely one year earlier, patented a plunger typewriter, very much like the Hansen Writing Ball.
The caption of the undated Gendreau photo says, "Development of the Typewriter. This, while not the original typewriter, brought about the present-day physical looks of the machine heard around the world. It is R. T. P. Allen's original typewriter model of 1876. The keys are the Allen children's blocks."

Typewriter inventor Robert Thomas Pritchard Allen
Whether these were blocks belonging to Allen's own children is questionable, as he was still a young man of 23 when he applied for this patent. Admittedly, he was already a widower with a daughter (Emma) by the time he and his parents moved to farming in Bates County, Missouri, in 1880. Allen was born in Farmdale, Kentucky (just west of Lexington and not far south of Cincinnati), on May 19, 1851, and died in Dewey, Oklahoma, in July 1930, aged 79. He had taken up farming in Oklahoma in the late 1910s.
Here is what Mares says in his 1909 book about the Allen typewriter, based on what was published in Scientific American: 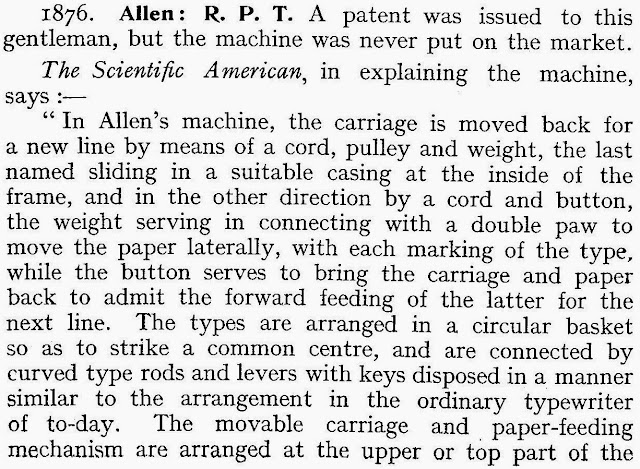 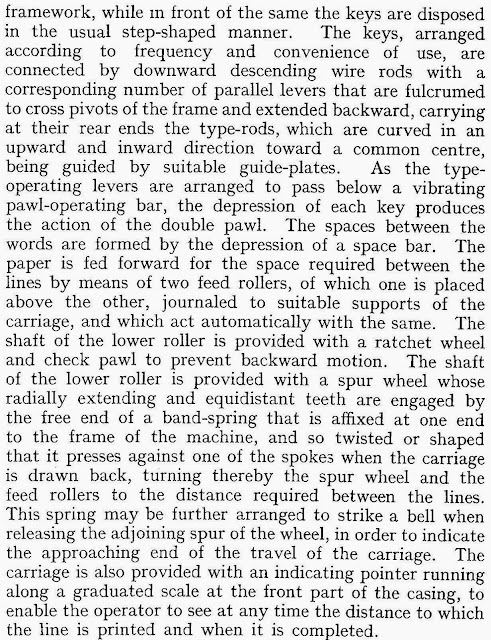 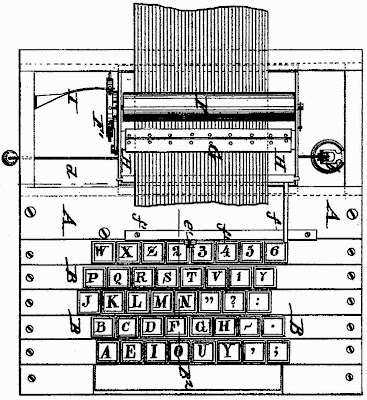 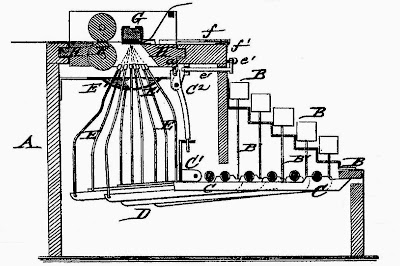 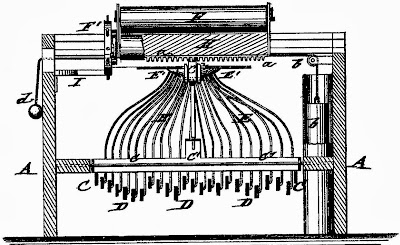 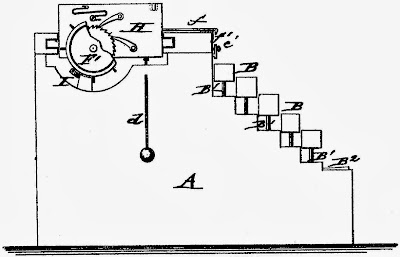 Adler makes this point in his Antique Typewriters: 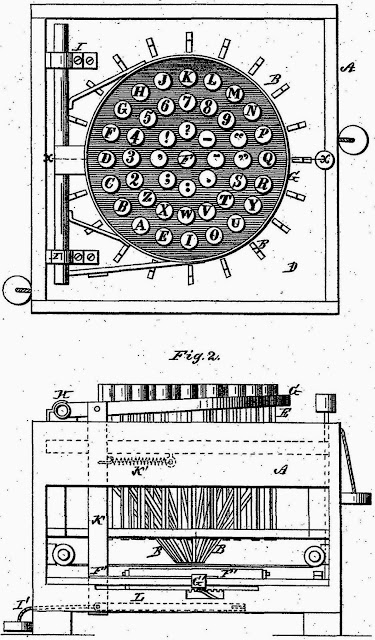 There is a HUGE amount of confusion about this typewriter inventor, because there were two R.T.P.Allens, one of them Robert Thomas Pitcairn Allen (born Baltimore 1813; died Florida 1888) and the other this gentleman, Robert Thomas Pritchard Allen. I think Pitcairn was the uncle of Pritchard. Robert Thomas Pitcairn Allen was, I believe the "Rarin' Tearin' Pitchin'" Allen who was an 1834 West Point graduate, veteran of the Seminole War and a mathematics teacher at Transylvania University, the one who established the Kentucky Military Academy in 1845 and married President Andrew Jackson's niece. This academy was very close to where the typewriter inventor was born and grew up. I myself made the mistake of confusing the two in my post in Allen's 1875 plunger typewriter in early January of this year. I am still not 100 per cent certain I have the Pitcairn and the Pritchard the right way around, as nearly every website referring to the military man has an each-way bet on this, and ancestry.com also has it listed both ways.

The other R.T.P.Allen, the military man

Posted by Robert Messenger at 17:12