Life of a Typewriter Technician - by Michael Klein (Part III)

PART III
I have previously related how I got into the typewriter industry, as a young, wet-behind-the-ears school-leaver, being offered a job with a local office equipment supplier. He was an agent for Facit and Olympia typewriters, as well as dabbling in adding machines, stationery, filing cabinets and all things to do with offices.
On the typewriter side, as well as the preferred brands we were selling new, I got to work on every imaginable brand of machine, either as they were traded in or if they were part of an existing lot that we took on under service contract.

One of our biggest contracts was for a firm called Ericsson, a huge Swedish telecommunications company which happened to have a large manufacturing plant in Melbourne, making telephone exchanges. Being a Swedish company, it naturally had Facit typewriters throughout the plant (hundreds of them in fact). Remember, these were the days pre-computer, during which every document had to be manually typed out on a typewriter, usually by a skilled operator, namely a typist.
Because typewriters were a mechanical device, and prone to breakdown and maladjustments if not regularly serviced, it made a lot of sense for these larger organisations to buy a service contract from organisations such as ourselves. We would charge so much per machine, per annum, and it was incumbent upon us to perform regular maintenance so that the machine would perform to the customer’s satisfaction.
Because the machines were heavily used (especially in the manufacturing environment on the factory floor), about every six months was the frequency with which we would need to visit each machine. 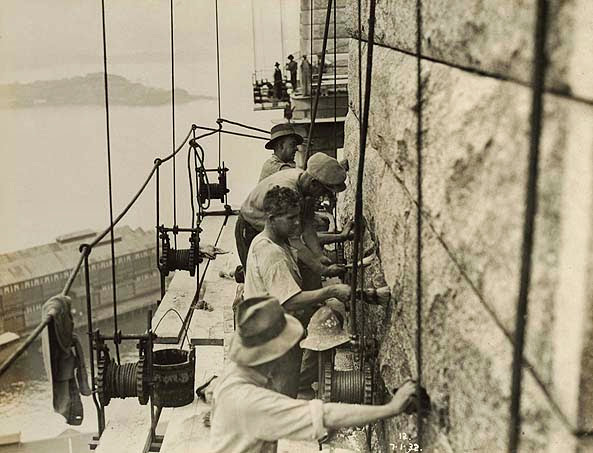 If you can imagine a site of many hundreds of machines, and each machine taking 15 minutes to service properly, the maths comes out to having to be constantly onsite just to keep up with it. And like painting the Sydney Harbour Bridge, just when you get through them all, you have to start all over again.
Here was I, an inexperienced young lad, thrust into “purgatory” on my first week, having to service all of these machines in a somewhat daunting factory situation. But after a few weeks of it, I got to know where all the machines were and got to know the names and locations throughout the plant of many of the typists.
It was a huge life experience. It was here that I got a sense of the pecking order and how working environments link together. There were definite class distinctions between the workers on the assembly line, the research labs, the general office and all the way up to the corporate offices.
In fact, that Ericsson plant was like a microcosm of a city - it even had its own canteen, shops, a bank and post office. It was such a big plant, for the first few weeks I was constantly getting lost in its offices, corridors, storerooms and the labyrinth of assembly lines on the factory floor.
I was thrust into this environment as a very shy and inexperienced young lad, but one eager to succeed in my new career. 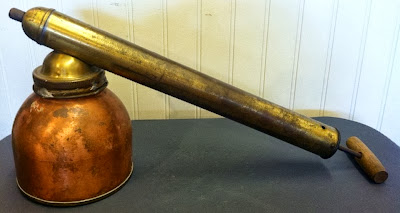 There was a tool that was part of the tool kit given to me by my employer - I called it the “blower”, but there is probably a more technically-correct name for it. Anyway, it is a brass cylinder with a handle that moves a piston inside it and a nozzle at one end. In fact, the whole contraption is not unlike the pump that comes on one of those old-fashioned fly sprays that you pump and an atomiser device sprays the insecticide. 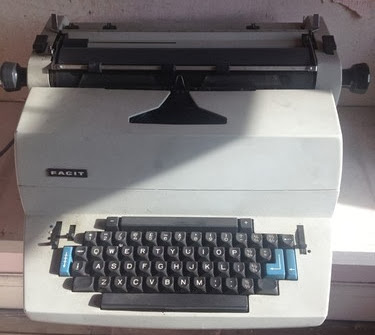 Well, try to picture said shy mechanic at a huge organisation such as Ericsson, on his first week, just finding his way in the typewriter trade … I take the carriage off an 1820 Facit electric typewriter, and under it is a mass of dirt, dust, fluff, Wite-Out (remember that white paint used to correct mistakes?) and other oil-caked dirt in the works of this typewriter. 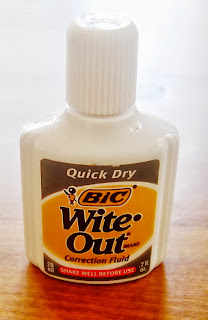 Out comes the trusty “blower” tool, and with a dozen or so well directed pumps of compressed air at the typewriter, all the dirt is blown clean out of the machine, and I can get to oiling and adjusting it. I’m feeling pretty pleased with myself, as I go about my work in such an obviously skillful manner.
The job done, I put the covers back on the machine, put my tools away and … shock, horror! There is a terrible mess from all the dust blown out on to all the papers on the secretary's desk. An attempt at cleaning up the mess only causes streaks of fingerprints all over her beautiful typing work.
I must have been the talk of all the typists throughout that organisation,  as the clumsy young fool who messed up Miss Jones’ work. Oh the shame of it all for such a shy young lad! 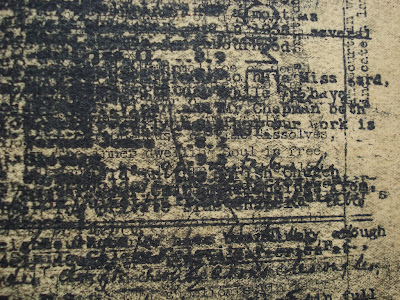