A reader asked this afternoon about manuals for Nakajima manual portable typewriters. She wrote, "I just found a Nakajima Model 800 Typewriter, and would love to be using it but have never worked a typewriter. Do you know if there are any online manuals for it?"
I had a look on the Internet and couldn't find any. But I was able to quickly lay my hands on a couple of the Nakajima manuals I have here, and have scanned them in. I don't appear to have one specifically for the Model 800, but since the mechanics of all Nakajima portable typewriters are virtually identical, these manuals should suffice. The fundamental switches (line spacing etc) are in the same places. Noticeable differences with the Model 800 is that it has an extra touch control/tension switch above the colour selector, as well as an automatic spacer on the left of the spacebar. As soon as I get a chance (post-US trip) I will try my hand at putting these on Ted Munk's Typewriter Database.
These manuals don't go into a lot of detail - they're very basic, to say the least. But they're a start, and should certainly help an absolute beginner, such as this reader.
The first one covers just about every Nakajima-made Triumph-Adler, Royal and Imperial, as well as such Nakajima models as KMart, Chevron, Pinnock, Craftamatic and Craftamatic-Pinnock, Majitouch, Pentagon and Swintec. There may well be many others.
I believe the second of these manuals may be for what is most commonly known as a Chevron, but was also marketed as an ALL. 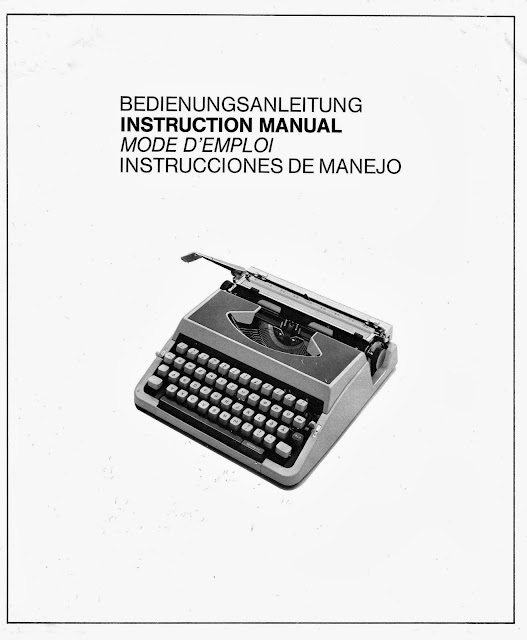 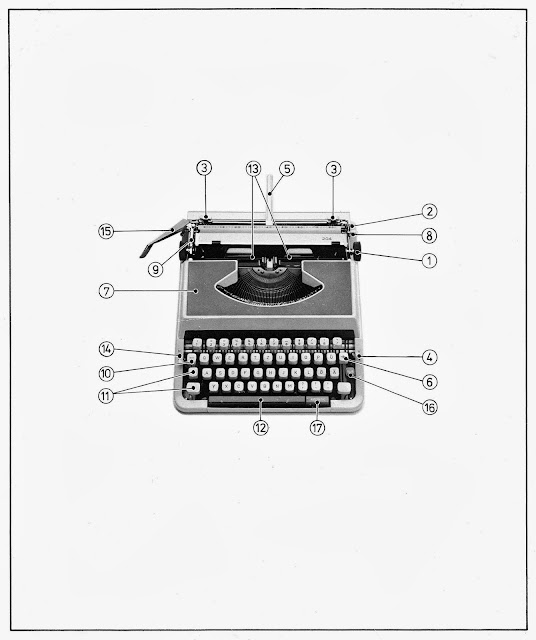 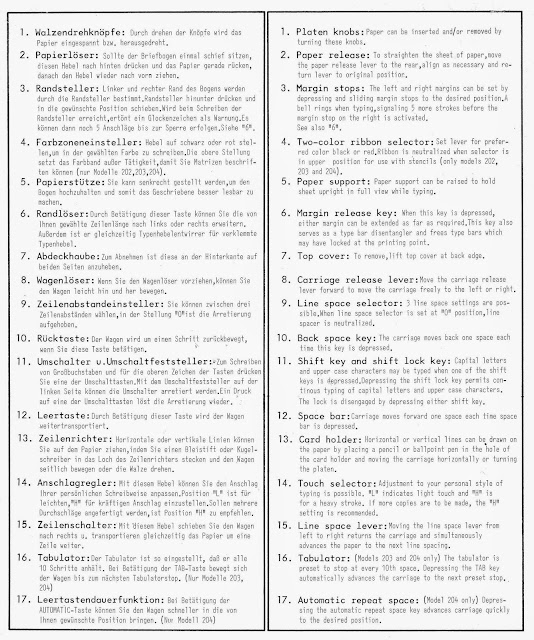 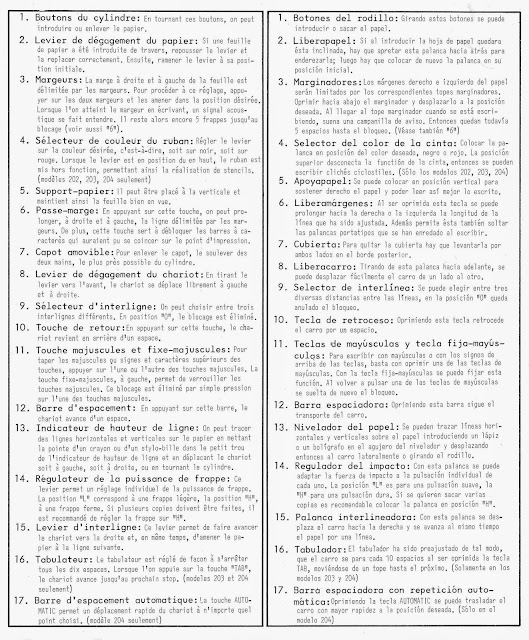 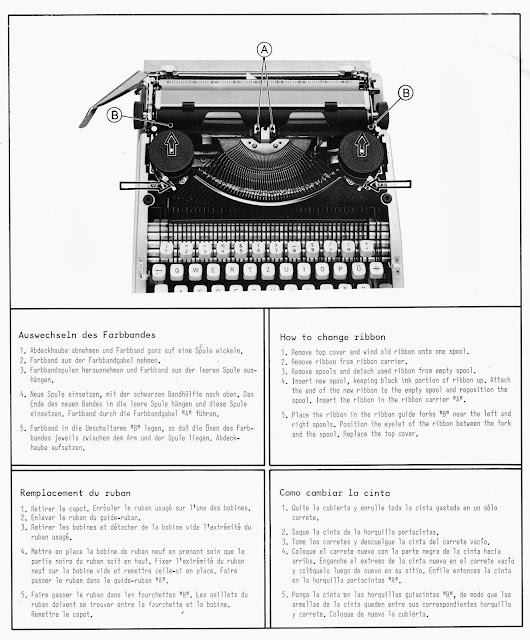 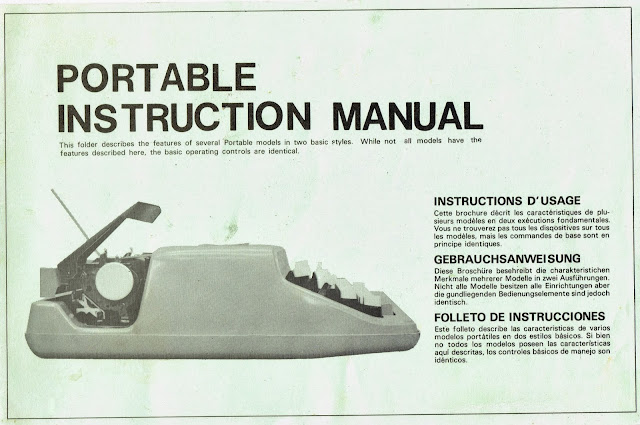 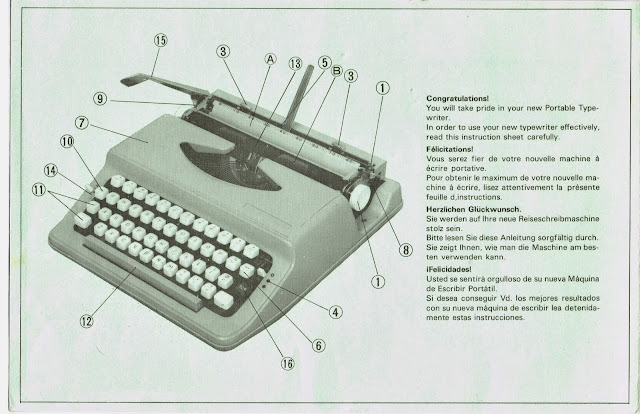 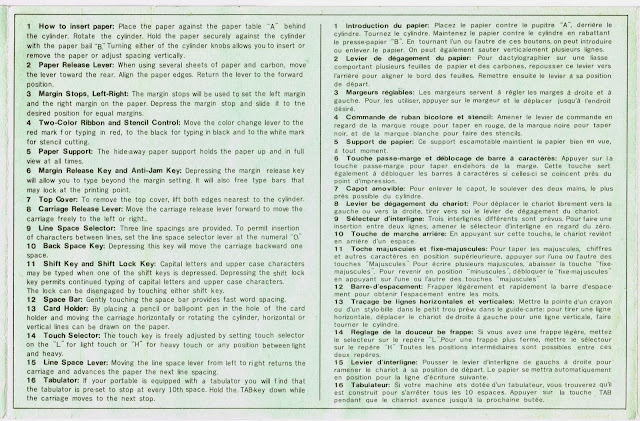 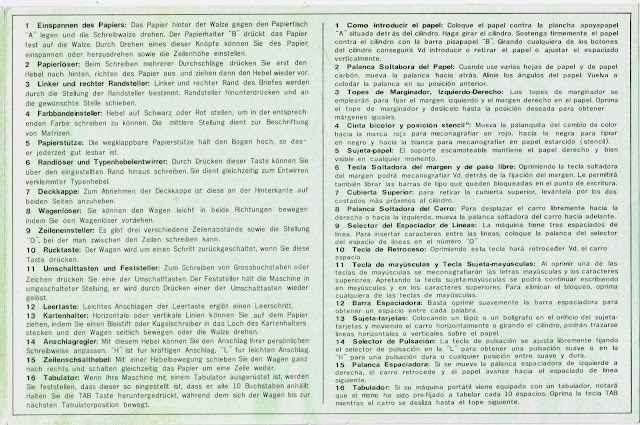 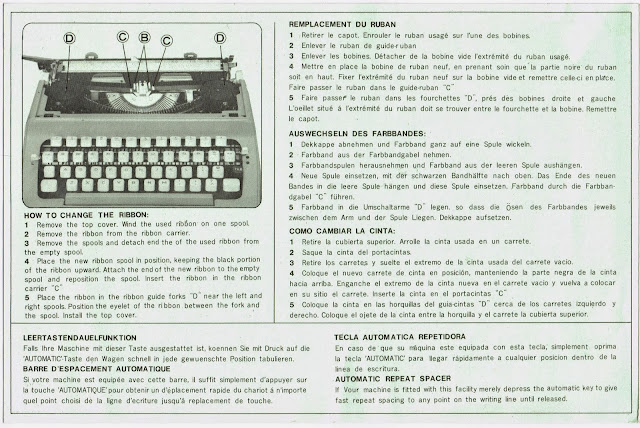 Posted by Robert Messenger at 17:13

Another one of your pages I have book marked for future reference. The only Nakajima rebranded typewriter I owned was the Olympia B12.

Thanks for posting the manuals.

Great, I'll add it to my collection on the Classic Typewriter Page.

That second manual is essentially the same as provided with the Grant's 737, which has the Grant's labeling added but is otherwise identical. Glad to see you were able to help out!

Could you please tell me precisely what ribbon goes with my "Pentagon" vintage typewriter?
Many thanks Edward

I am assuming you are referring to a Nakajima typewriter, which is hardly vintage. If it is a Nakajima, a Malaysian-made Fullmark Universal ribbon will be fine.

I have a collection of Arabic typewriters, would you be interested in buying them?
Peace