On This Day in Typewriter History: A Blue* From The Bolt

PART 152
*Blue: Australian slang word for an argument or for a mistake. 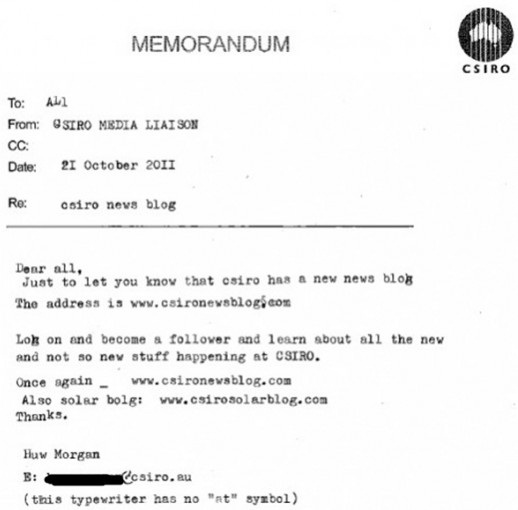 My original reply to this was so expletive riddled, that I had to start again.

You missed comment on how he got his television show, through Gina Rindheart (Australian mining magnate, for those who don't know - and I intentionally miss-spelled the last name).

Anyway. I find it amazingly absurd to read that Bolt was ripping into someone over a typewriter! The (expletive laden insult removed) is the poster child for the 'lets return to the 50s' mob.

It also further highlights how incredibly narrow minded he is. The reason he probably never liked writing on a typewriter, was because he can't write for s**t, and he needed something to correct his spelling so that he never had to go back and re-read what he said... Which would usually make any sane man question the cr*p that he just wrote.

I meant to add: "Bolt and his followers ripping into"

I found this HIGHLY amusing!

I never heard of Bolt, although of course we have rightwing nitwits in the US. I assume this letter is either a spoof or a clever attention-getter. And it certainly has gotten attention.

If you want your communication to be noticed -- typewrite it!