On This Day in Typewriter History: Mullaney and the Chinese Typewriter 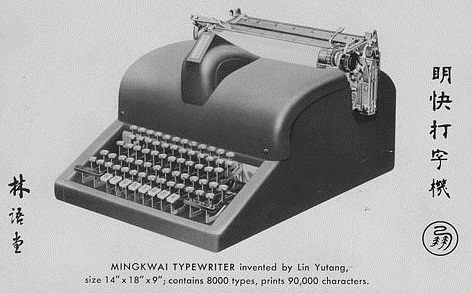 Today (October 19) at New York University Thomas S. Mullaney will be giving one of his talks on Chinese typewriters. 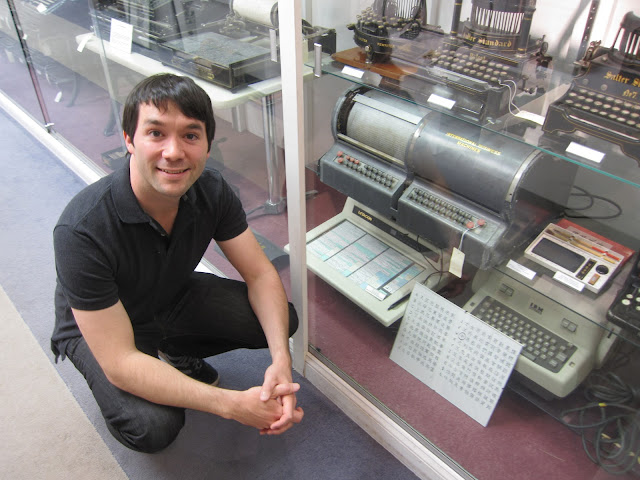 Tom Mullaney, a graduate of Columbia, is assistant professor of Modern Chinese History at Stanford University.
He working on a global history of China’s 19th and 20th century development of a character-based information infrastructure, examining everything from the development of Chinese telegraph codes, typewriting and character retrieval systems to shorthand, Braille and modern computing 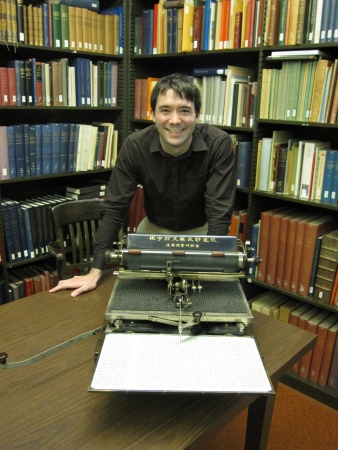 Among conference and invited papers he has, or will, deliver are The Semi-Colonial Semi-Colon: The Discourse and Practice of Punctuation and Symbolic Notation in Republican China (Princeton on a date yet to be confirmed), Incompatible with Modernity: The Chinese Typewriter in the Western Imagination (American Historical Association annual meeting this year), Splitting the Chinese Atom: Lin Yutang, the MingKwai Typewriter, and the Crisis of Information in 20th Century China (City University of Hong Kong last December). 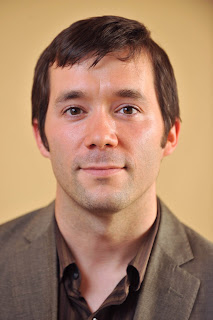 Also in December, Mullaney delivered a lecture on his Chinese typewriter project as part of the “Google Tech Talk” series. It’s here: 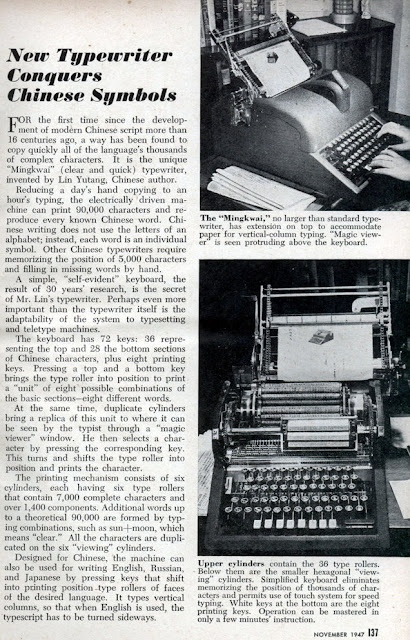 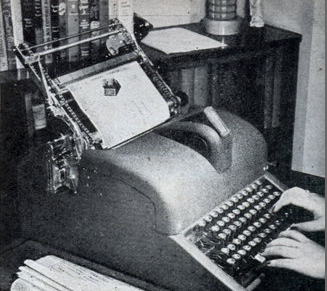 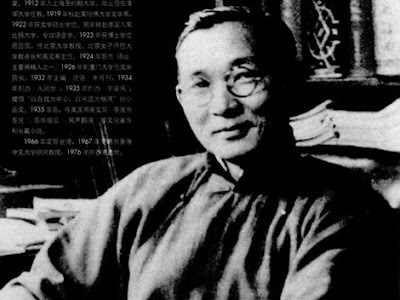 Chinese typewriter inventor Lin Yutang (October 10, 1895 – March 26, 1976) was one of the most influential writers of his generation, and his compilations and translations of classic Chinese texts into English were bestsellers in the West.

Posted by Robert Messenger at 00:19

Lin Yutang is a fantastic writer. I'd forgotten he'd invented the Mingkwai typewriter. That's really startling that it can type 90,000 characters. For example, my very large 'Mathews' Chinese-English Dictionary' contains 7773 characters and there's nothing I've looked up that I haven't found yet, so Lin is really catering there for some quite obscure characters.