On This Day in Typewriter History: A Good Case for Corona, Underwood 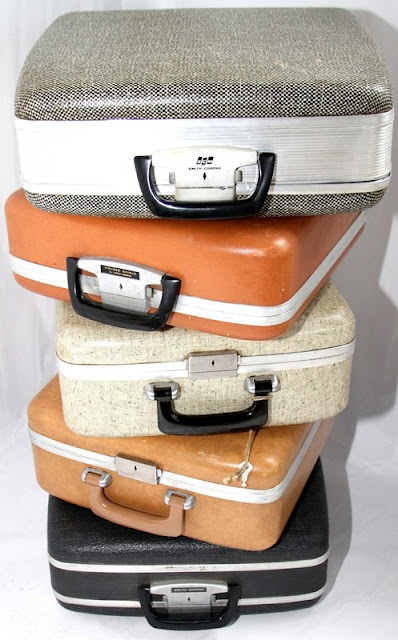 PART 137
Occasionally Typospherians comment that it’s nice for them to know who designed the particular devices they like on their typewriters – the Dowd-Hart “Magic Margin”, for example, and Joe Barkdoll’s paper support on the post-war Smith-Coronas. 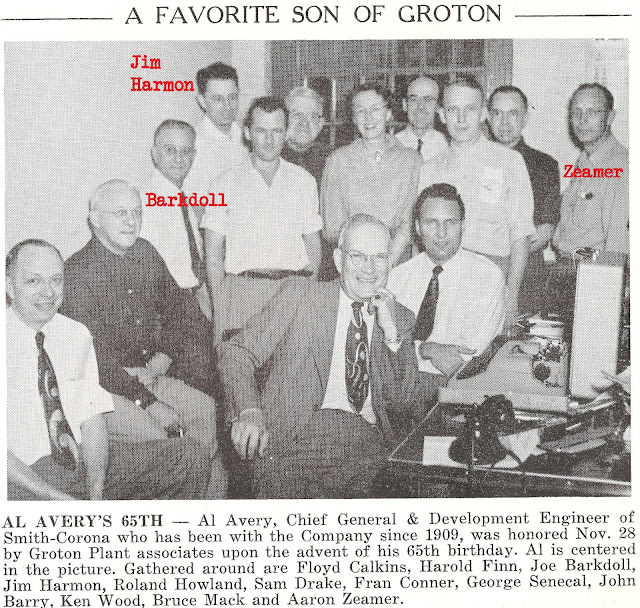 Corona's design team in November 1953
One design I really like for carrying typewriters is the sturdy, secure yet lightweight case for these Smith-Corona Series 5 machines. It was designed by Aaron Charles Zeamer and James Edwin Harmon for Smith-Corona. 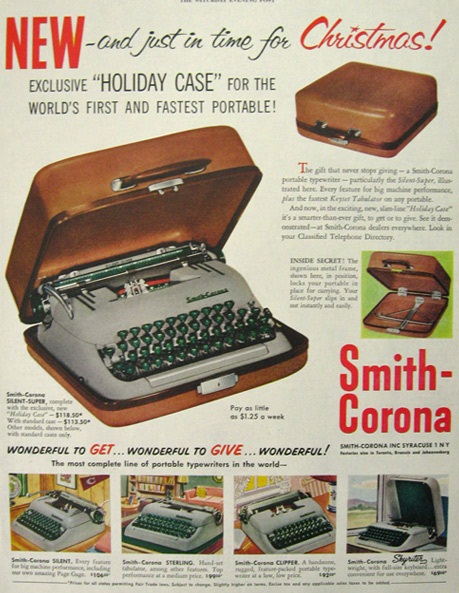 Aaron Zeamer (born Lancaster, Pennsylvania, June 15, 1915, died Bradenton, Florida, aged 91, September 5, 2006) and Jim Harmon (born 1908) worked for Smith-Corona in Groton much of their lives. Harmon was the son of Edwin Leander Harmon (1879-1945), who was a key designer for the Corona 4. In the 1940s, Edwin was typewriter inspector and Jim a typewriter assembler at Corona in Groton. 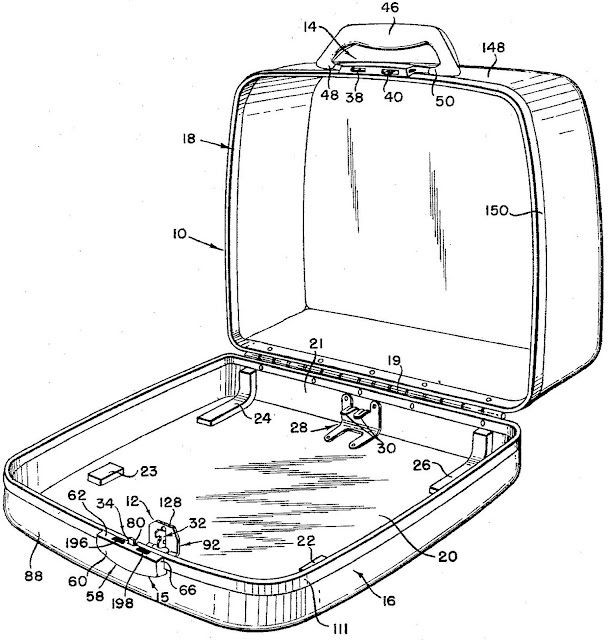 A competitor with the Corona 4 was the Underwood 4s of the early 30s and 40s, which also had fine, sturdy, secure cases. Indeed, Zeamer and Harmon referenced William Albert Dobson’s Underwood case design, which was patented on this day (October 4) in 1932, 80 years ago today. I posted on Dobson’s Underwood portable designs here. 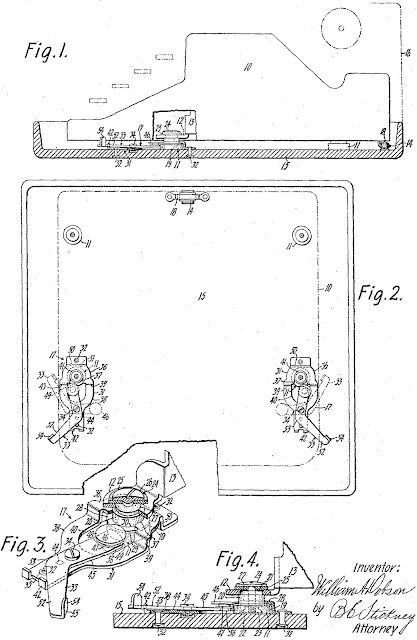 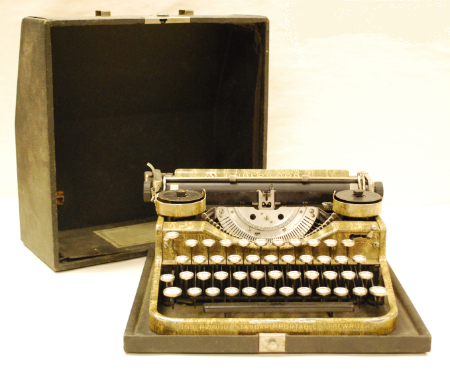 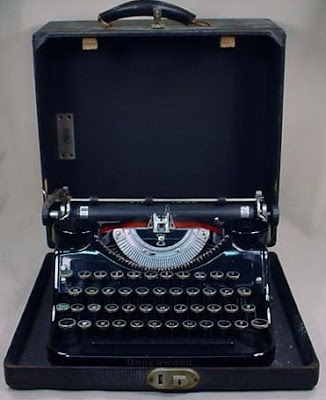 Posted by Robert Messenger at 00:00

Robert, it was interesting to see this mention of SCM cases, which I've always admired. They are the most functional, durable and sleek cases in my opinion.

I actually enjoy LOOKING at my 1956 Smith-Corona Silent Super case, in that beige/orange color -- it appear to be one of those "holiday cases" in the ad.

I have had a chance to see one of those black and white checkered SCM cases in your picture, and it was really really neat! I was not particularly interested in the typewriter inside (for the price they wanted, I imagine...) but I was still smitten with that case.

Cases are neat in their own way. SCM and some of the old Royal and Underwood are the nicest and then come the more leather kind. In use though I like the compactness and great functionality of the Hermes 3000 and Smith-Corona Skyriter lid cases. I find them much nicer for portable typing and they take much less room.