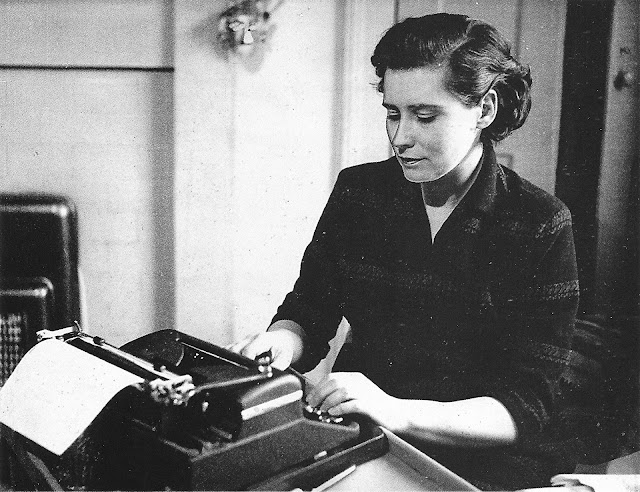 Given that Nobel Prize-winning British author Doris Lessing is, like so many of the high priests and priestesses of the Typosphere, both a cat lover and a typewriter lover, I couldn’t resist celebrating her 93rd birthday today. 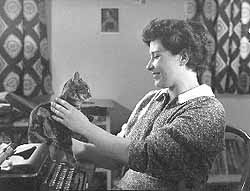 'In her home in north London, where Yamyam the middle-aged cat
is her constant companion, Lessing will most likely have been
sitting at her typewriter when hearing the news of the Nobel Prize.'
In fact, Lessing was out shopping for groceries when the news came through. She returned home to find reporters had converged on her front gate. Lessing simply said, "Oh, Christ!" and plonked herself down on her front doorstep. 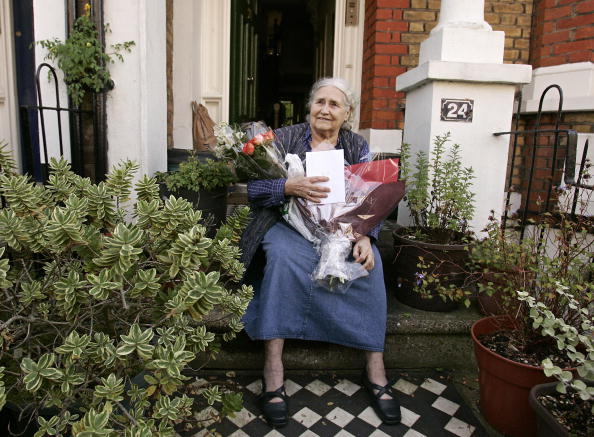 On this day (October 21) in 1919, Lessing was born Doris May Tayler in Kermanshah, in what was then known as Persia (now Iran). Her father, a British army captain, had taken up a position as clerk in the Imperial Bank of Persia. 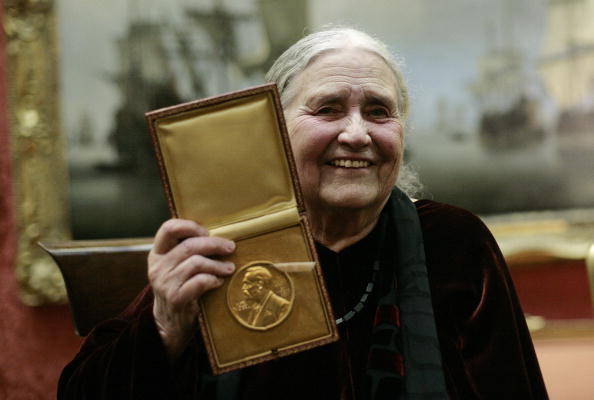 Lessing won the 2007 Nobel Prize for Literature, being described as “that epicist of the female experience who with scepticism, fire and visionary power has subjected a divided civilisation to scrutiny”. 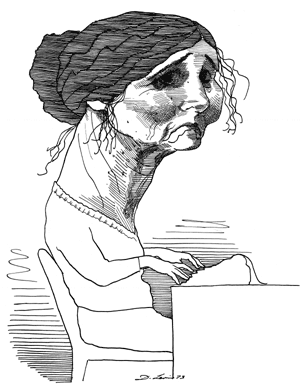 Lessing was once described as a “sturdy typewriter specialist” who believes “the internet has seduced a whole generation into inanities", She is, in other words, a woman after my own heart. 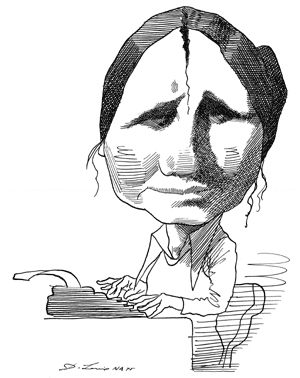 The caricatures, by David Levine,
are from The New York Review of Books in the early to mid-1970s
I can’t vouch for today, but in an interview published in The Progressive in June 1999, Lessing was said to be “still writing on a manual typewriter - though not, of course, on the same machine she used for her first novel, The Grass Is Singing (1950). 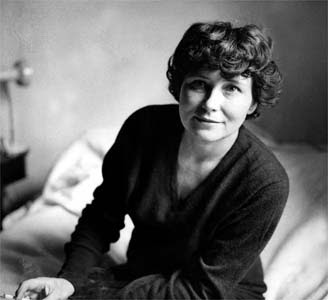 "No typewriter could have survived the relentless pounding necessary to produce the 40 or so internationally acclaimed books that have appeared over the past 50 years, including The Golden Notebook (1962), a strange and beautiful novel that is often called ‘a bible for feminists’, though the label distresses Lessing herself.” 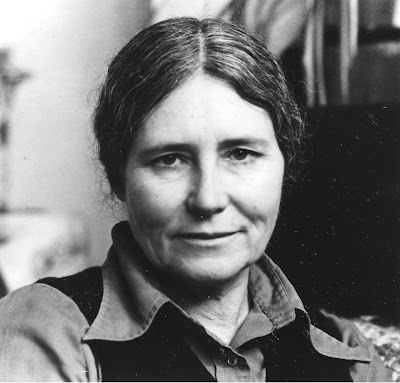 “It's an extraordinary literary achievement by anyone's standards ... but perhaps especially so since Lessing is a high school dropout who has never received a degree in higher education, except honorary ones from places like Harvard.”
'Whether a short story or a novel, Ms Lessing
composed directly on a typewriter, but did make
extensive holograph corrections.
Some of the corrections take the form of added
sections which she paper-clipped to the typescript,
usually as an overlay to the original passage.'
Also a poet, playwright, librettist, biographer and short story writer, Lessing’s novels also include the sequence of five novels collectively called Children of Violence (1952–69), The Good Terrorist (1985) and five novels collectively known as Canopus in Argos: Archives (1979–1983).
'Doris Lessing dropped out of an all-girls high school in Salisbury
when she was 14 ...  and she moved away from home at the age of 15 ...
to work as a nursemaid, a telephone operator and clerk.
She continued to read and write, and at the age of 17 she tried to write a novel:
“my first novel, on the mountain of a typewriter sent all the way from Johannesburg”.'
Lessing was the 11th woman and at 87 the oldest person to receive the Nobel Prize in Literature. In 2008, The Times ranked her fifth on a list of “The 50 greatest British writers since 1945”. Lessing, left, as a young girl growing up in Rhodesia
In 1925 the Tayler family moved to the then British colony of Southern Rhodesia (now Zimbabwe). Lessing was educated at the Dominican Convent High School, an all-girls school in Salisbury (now Harare).
Because of her campaigning against nuclear arms and South African apartheid, Lessing was banned from that country and from Rhodesia for many years. 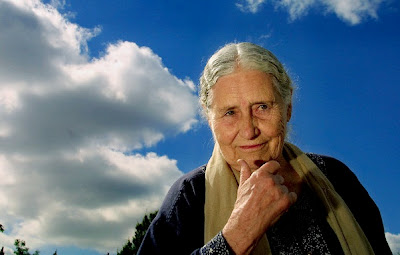 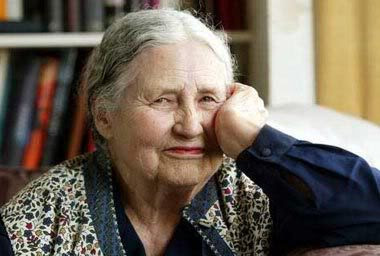 Posted by Robert Messenger at 10:38

Man...her face holding up the Nobel Prize... That is absolutely priceless! A lifetime of work finally culminating in probably the greatest achievement someone can be honored with. Good for her!

Fascinating post! A woman after my own heart, as well.

Lessing's visage reminds me a lot of another grande dame -- but of the theatre -- Ruth Gordon (RIP).

Very nice photos of this admirable woman. I would rise to salute her, but I've got a cat on my lap.