PART 143
On this day (October 11) in 1904, Charles De Los Rice was issued with a patent for building the supports for wide-carriage Underwoods. In his patent application, Rice said his objective was “to provide a simple and efficient construction for supporting extra-wide carriages.” 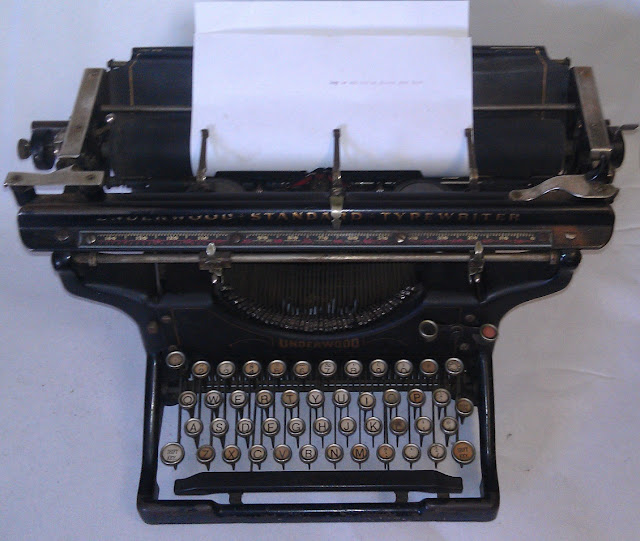 At this time, Underwood started bringing out versions of its Underwood No 3 standard model with 18-inch, 20-inch and 26-inch carriages. The No 3 was also produced with 11-inch, 12-inch, 14-inch and 16-inch carriages, starting in 1900. This range of Underwood No 3s continued until 1931. About four million No 3s were made in that period. 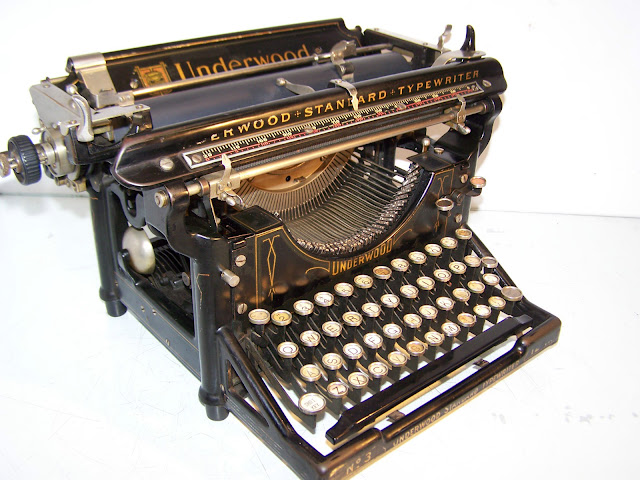 De Los Rice had an extensive career in designing, particularly with typewriters and bicycles, and especially when it came to anything tubular (platens, feed rollers, tyres, frame tubes, you name it). 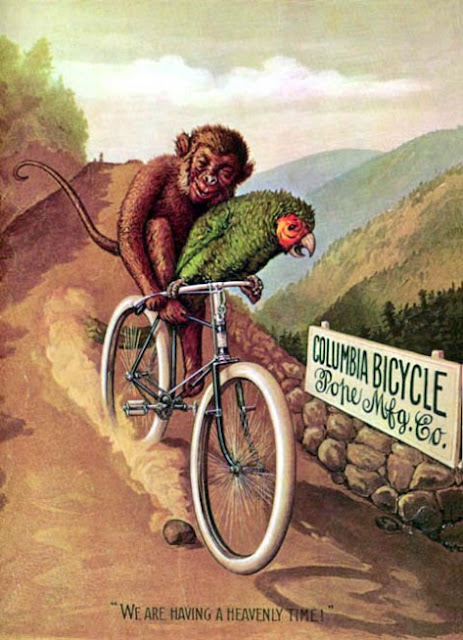 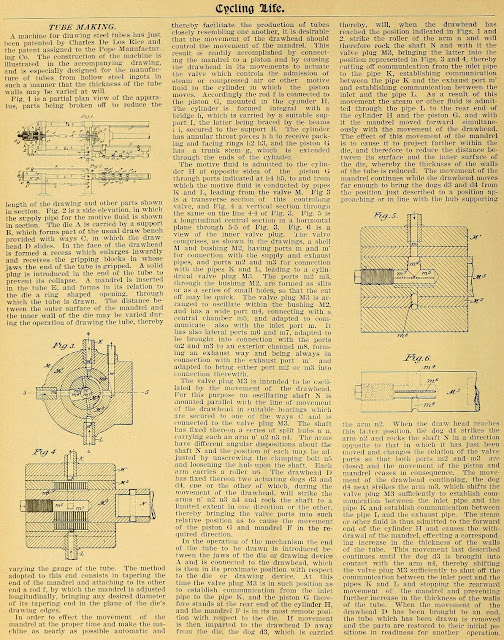 It is also American writer Elmore Leonard's 87th birthday today. He was born in New Orleans on October 11, 1925. Two of his best-known works became two of my favourite movies, Get Shorty and Jackie Brown (written as Rum Punch). Leonard's short stories also include some that became films, such as 3:10 to Yuma, as well as the current TV series on FX, Justified. 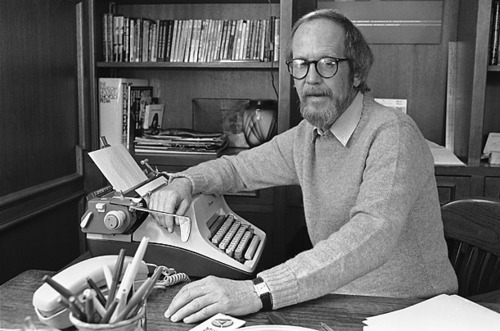 Posted by Robert Messenger at 23:27

Hi. I have an underwood with a 26" carriage and last patent date of 1917. I can't find the serial number anywhere tho. Can you tell me the exact spot of the serial number? Thanks. David potonian@gmail.com