On This Day in Typewriter History: Noiseless at Olivetti, on the Continental 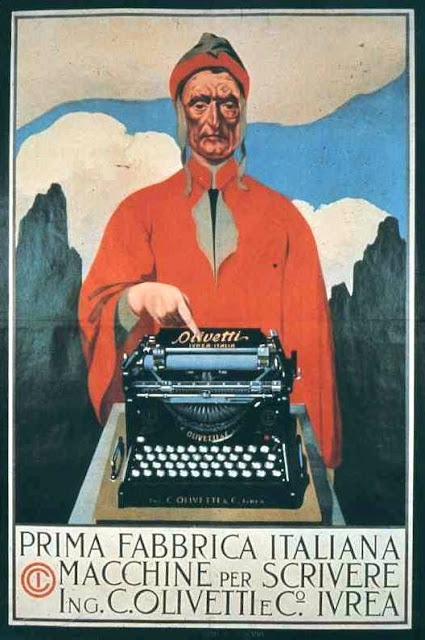 Here?: Was Camillo Olivetti's forward-moving platen idea
ever tried on an Olivetti typewriter?
PART 136
While George Gould Going was perfecting the noiseless typewriter for Remington Rand (see), across the Atlantic other methods were being conceived and tested in efforts to attain the same goal. 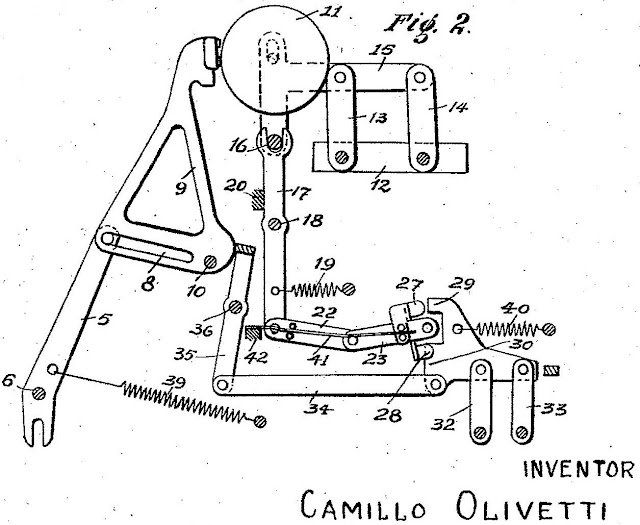 Camillo's creation
Among those toiling away at this challenge was none other than the Olivetti founder himself, the then 67-year-old Camillo Olivetti. On this day (October 3) in 1935, Olivetti applied for a US patent for a noiseless typewriter. His patent had been issued in Italy on October 27,1934.
Camillo wrote of his design, “It is well known that one of the greatest difficulties usually met in the construction of noiseless typewriters lies in the necessity of giving a marked rigidity to the movable parts which actuate the type levers, in order not to lose in the elastic deformation of these parts a considerable amount of the power available for the writing operation, thus lowering the efficiency of the typewriter. My invention involves a new principle, whereby, at the moment of printing, the paper-carrying platen is advanced and pressed against the type. The platen is advanced to the position in which a print is made by means of a kinematic mechanism, so designed that, when the key on the keyboard is pressed, the speed of the type lever will be gradually reduced to zero and the type will be held firmly against the moving platen until the print is accomplished.” A novel idea indeed! 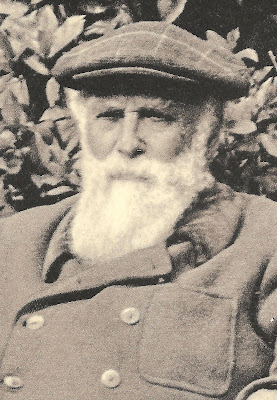 Camillo Olivetti
Camillo resigned as Olivetti president in 1938 “though still actively following its programs and development”. He died in 1943. 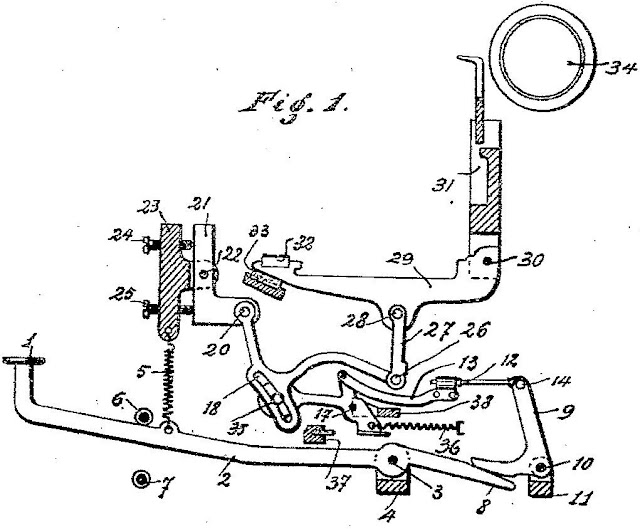 Olivetti original: Modigliana's design
With his noiseless design, Camillo was following on from work done earlier at Ivrea by Gino Modigliani.
Modigliani filed a US patent application on September 30, 1931 (it was granted on January 22, 1935) for a noiseless typewriter which he had patented in Italy on June 25, 1931.
Modigliani wrote, “[The object of] This invention is … instead of impressing a great speed to the type-bar-lever so that the type strikes the paper with force acting in the way of a minute hammer, said type-bar-lever, after having covered a part of its swing, from the position of rest, at a high velocity, slows down rapidly towards the end of said swing, coming in contact with the paper at a very limited speed and consequently without a blow, obtaining subsequently the impression by pressing strongly the types upon the paper. In such a way percussion is replaced by pressure, avoiding the noise of the blow of the type against the cylinder on which the paper is wound and thus securing a silent operation of the typewriter.”
Because of the way in which Modigliani opened his specifications, describing “a new arrangement of levers obtaining a visible print”, it has been incorrectly assumed on some Italian history sites that in 1935 he designed for Olivetti “a typewriter that makes visible the text as it is written.” Of course, Olivetti had been making visible writing machines since 1908, and Oliver and Wagner 15 years before that. The Wanderer way: Schüler's method
While these designs were emerging from Olivetti’s Ivrea factory, in Germany Hugo Schüler was working toward the same objective for Wanderer-Werke (makers of the Continental typewriter) in Chemnitz, Germany.
On this day (October 3) in 1933, Schüler applied for a US patent for his noiseless typewriter.  Schüler wrote: 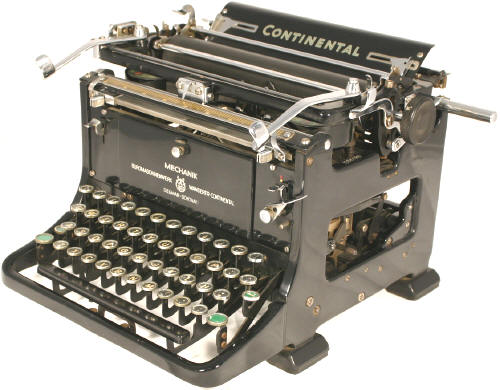 Wanderer first made this model Continental in 1935. This machine is from Wim Van Rompuy's collection. See Wim's page on this Continental here.
“This invention relates to a noiseless typewriter whereof the types are relieved of key action at the printing point. In typewriters of this type there is provided between the key actuated drive rods and the intermediate rods, driving the type carrier bars, no constant fixed connection. When the drive rod is arrested by a stop, the intermediate rod is released and continues to move until the types reach printing position. In these machines means are provided for exactly adjusting the elevation and the force of the type impact for each separate type carrier bar. The primary object of the invention is to provide, in addition to the adjustability of the type drive mechanism whereby the position of the parts and the force of the impact in printing can be varied, a further adjustment by means of which the normal or rest position alone of the members can be influenced.”
Posted by Robert Messenger at 22:50

I find this quite fascinating. I had never heard of an Olivetti noiseless design before, and my guess is that there were no serious attempts at producing such a product (cost? design fault?)