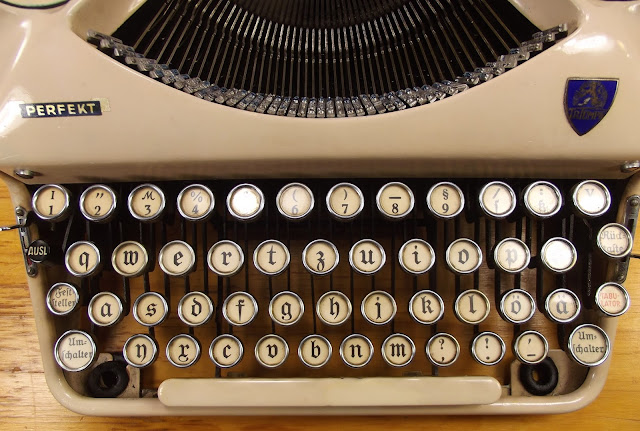 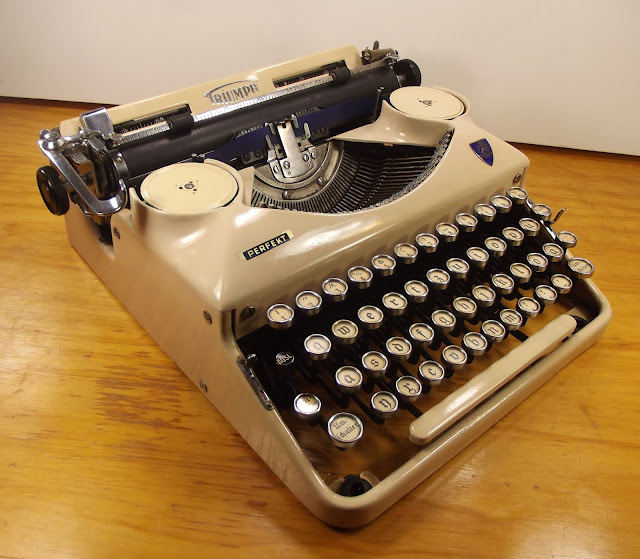 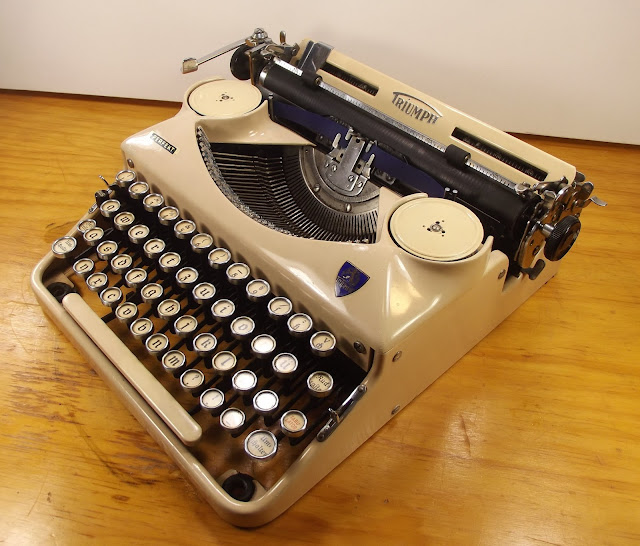 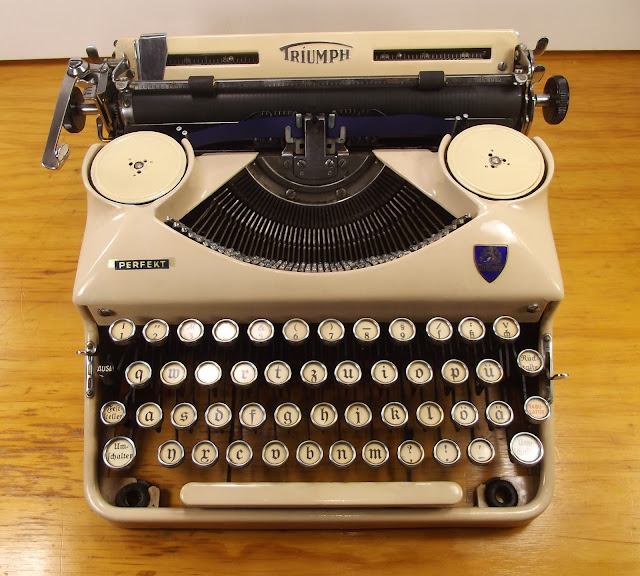 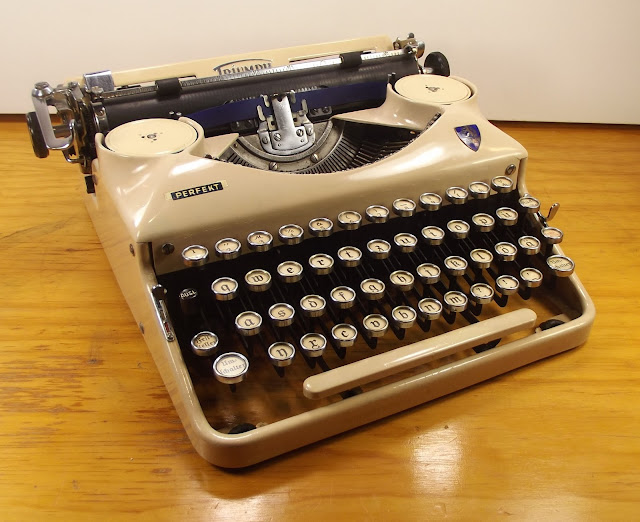 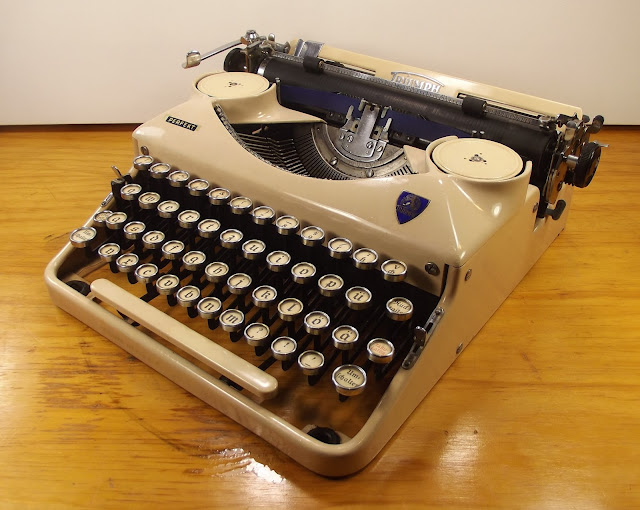 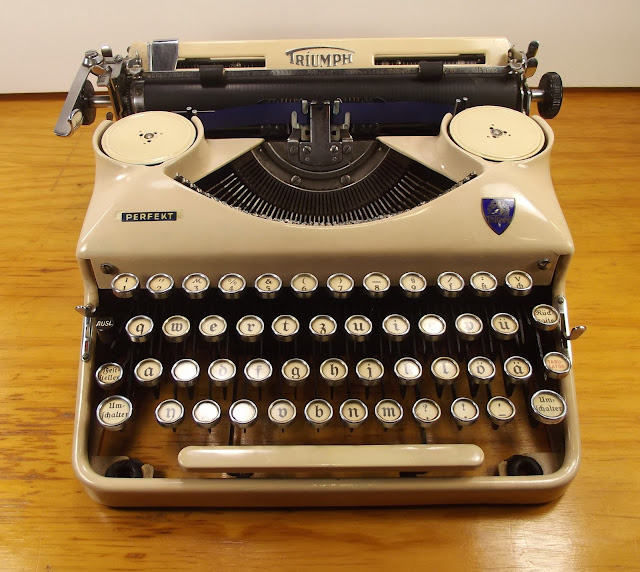 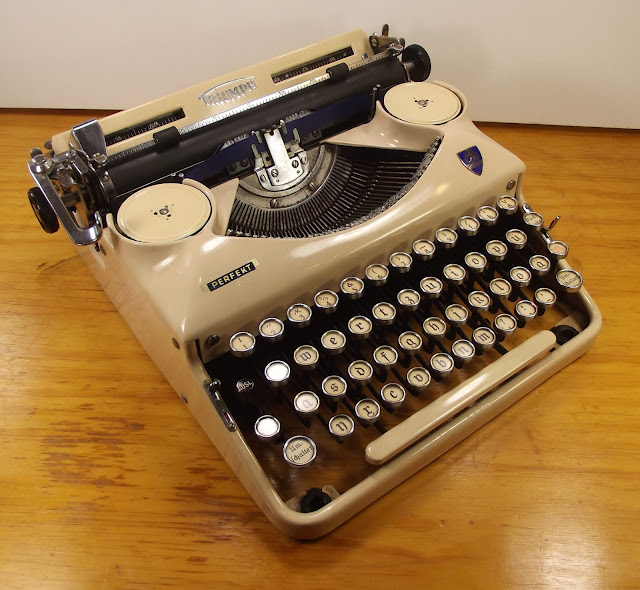 The word Fraktur derives from the past participle fractus ("broken") of the Latin frangere ("to break"), the same root as the English word 'fracture'. Besides the 26 letters of the Latin alphabet, Fraktur includes the ß, vowels with umlauts, and the ſ (long s). The first Fraktur typeface was designed when Holy Roman Emperor Maximilian I (1493–1519) established a series of books and had a new typeface created, designed by Hieronymus Andreae. Fraktur quickly overtook the earlier Schwabacher and Textualis typefaces in popularity, and a wide variety of Fraktur fonts were carved. It became common in the German-speaking world and areas under German influence (Scandinavia, the Baltic states, Central Europe). Typesetting in Fraktur was still very common in the early 20th century in all German-speaking countries and areas, as well as in Norway, Estonia, and Latvia, and was still used to a very small extent in Sweden, Finland and Denmark, while other countries typeset in Antiqua.  On January 3, 1941, Martin Bormann issued a circular to all public offices which declared Fraktur (and its corollary, the Sütterlin-based handwriting) to be Judenlettern (Jewish letters) and prohibited their further use. It has been speculated by German historian Albert Kapr that the régime had realised that Fraktur would inhibit communication in the territories occupied during World War II.
Posted by Robert Messenger at 18:35

There were generations of Germans (and others, such as Danes) who were used to reading Fraktur. I can handle it, but it still slows me down significantly.

Nice machine! At first glance, I thought for sure I was looking at an Erika 5.

Wow!! It looks stunning! :) And the blue ribbon makes it pop!

These Triumph machines are quite beautiful. I don't care much for the Fraktur typeface though, for reasons that you have stated above. But that is certainly a gorgeous machine.

What a fantastic machine, and the typeface is gorgeous! See, one can learn something new every day visiting your blog; here I thought this Gothic typeface was pretty much standard German in origin, but didn't know about the, shall we say, peculiar order by which it fell in desuse. But I had an inkling it dated from before the War.

I don't have much problems reading the lowercase text... the uppercase characters, though, are a tad too ornamental and can really slow me down.

The color of that lovely machine comes across on my screen as looking like my coffee when I get just the right amount of cream in it. Lovely matching ribbon spools, as well! Clearly it would have been used by German spies in Great Britain during the war, whose all caps messages would befuddle any attempt at interpretation. ;)

Ah, Fraktur. I have lusted after a machine with Fraktur for the longest time. They always end up costing far too much, though. I can say, though, if I were to come across an Olympia in Fraktur I might just HAVE to purchase it.

Congrats on the awesome machine and thanks for sharing the typecast. Really neat, man.

My grandma was born and raised in Austria (to be more precise, born in the Austro-Hungarian Monarchy) and she learned German as her mother tounge. Back then they used some pretty gothic script for handwriting. She even showed me how to write those beautiful letters. Unfortunately I was little back then so I don't know where could I have that alphabet and I can't ask her anymore.
For this reason, and because these typesets are beautiful, I always love to see when a font like this appears somewhere.

Rob, you've snagged yourself a beauty! In my opinion, the machine more beautiful than the typeface - which is a rare thing for me.
Congrats! ;)

Any chance for the serial number?