Typospherians: The Next Generation - WordPlay in Cincinnati 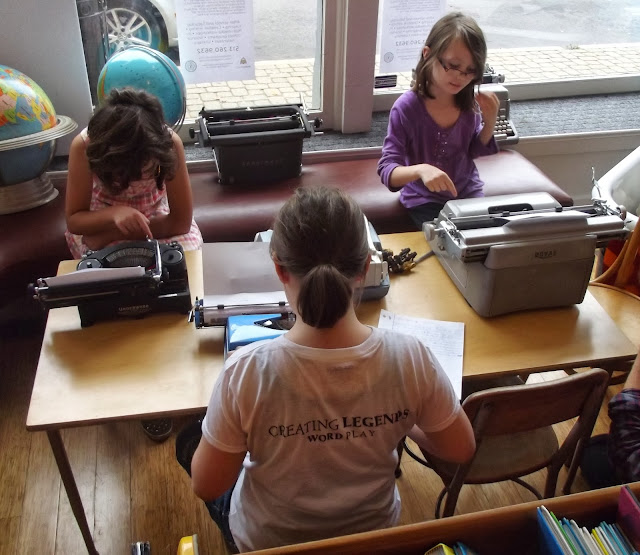 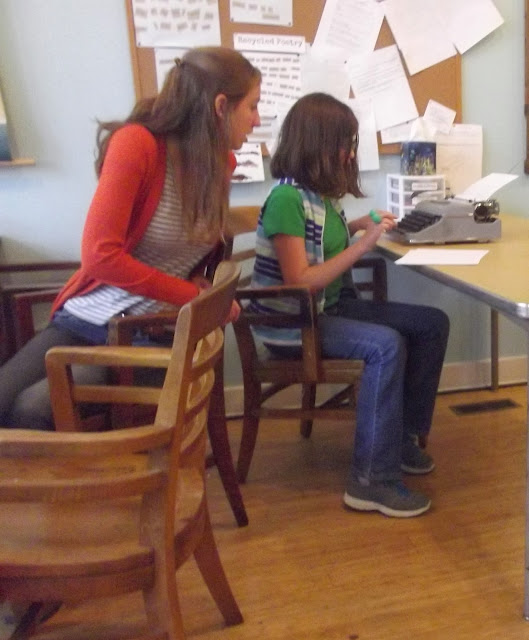 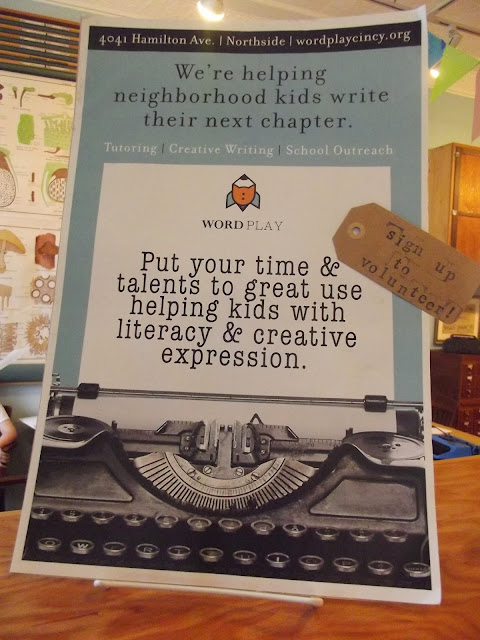 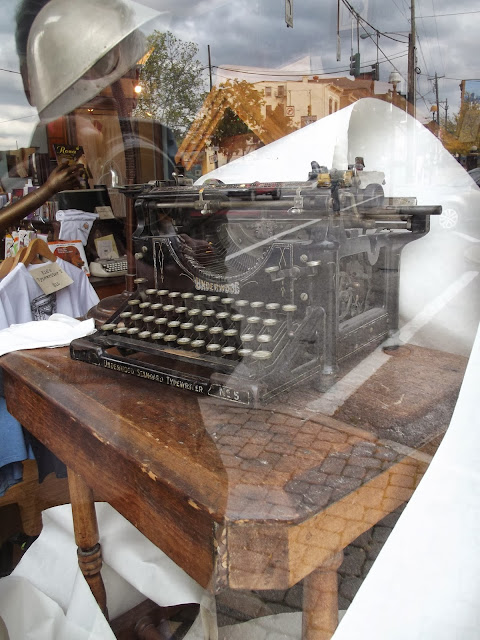 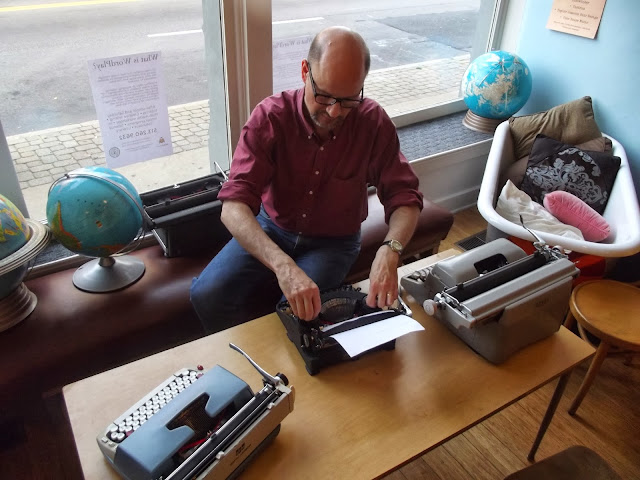 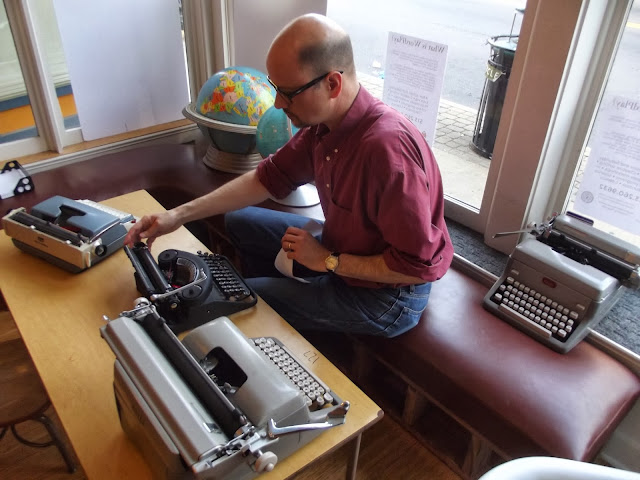 His role is ongoing, and on Tuesday he was called over there to fix a few of the typewriters being used by these young people, add some to those he has already made ready for sale (with all proceeds going to WordPlay), pick up some machines donated to the cause in the past week or so (which he will clean up and service, making them ready for sale) and pick up machines brought in to be serviced by him (again, with all proceeds going to WordPlay) . 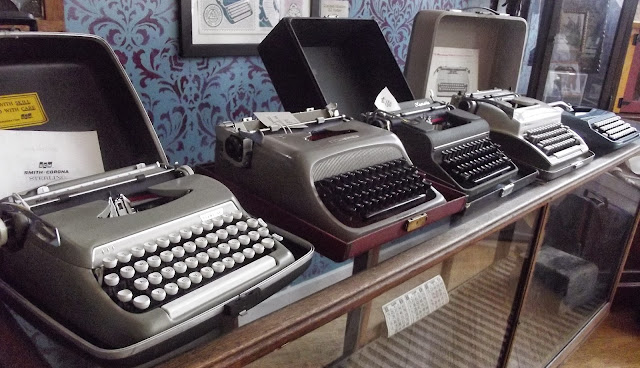 Above and below, some of the typewriters for sale. 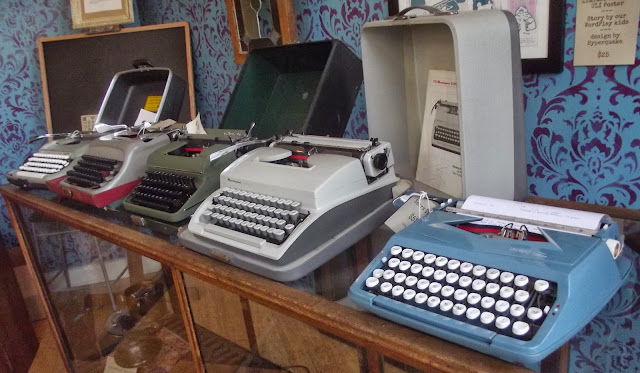 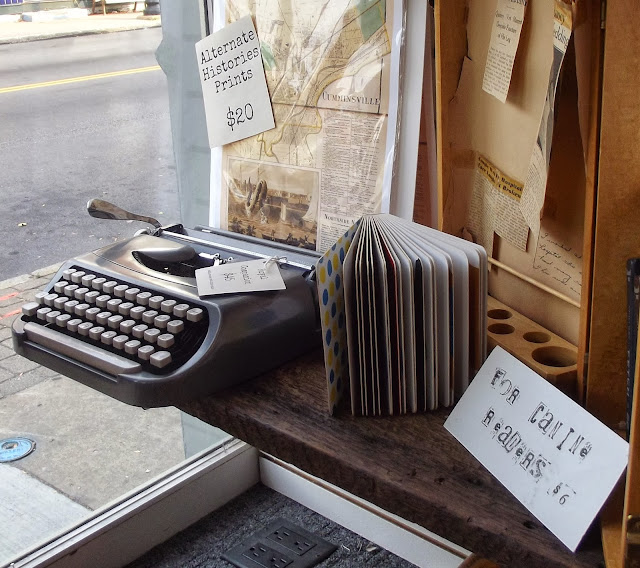 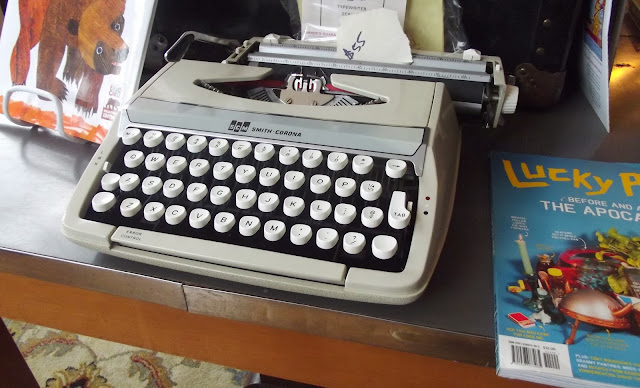 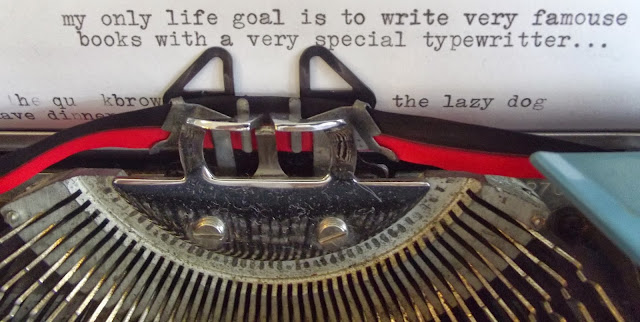 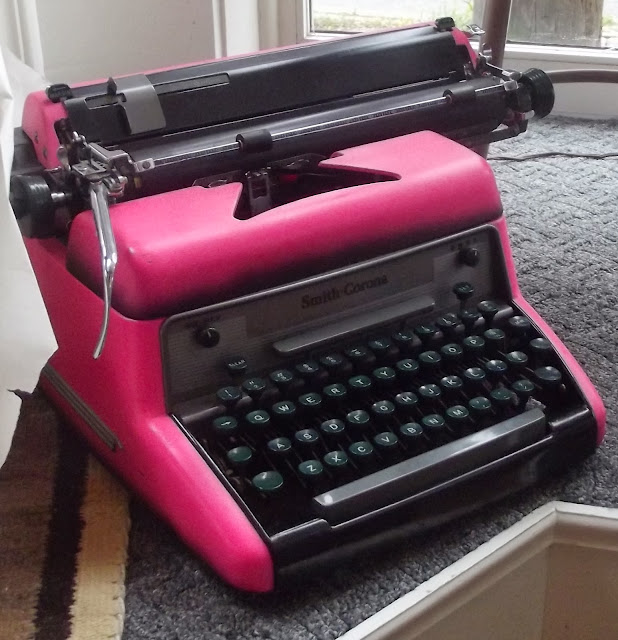 Having donated ribbons and one typewriter to WordPlay, the last thing I expected to be doing was to be leaving there on Tuesday with two further additions to my collection - especially since I now have to get them back to Australia. Happily, Richard volunteered to ship one back (it is already on its way, thanks to Richard's prompt action), while I will bring the other home with me tomorrow. One is a magnificent green Olympia SM1 and the other is a beautiful little brown Royal Companion. Both had been donated to WordPlay and after Richard had serviced them, they were put on sale for $US100 each. 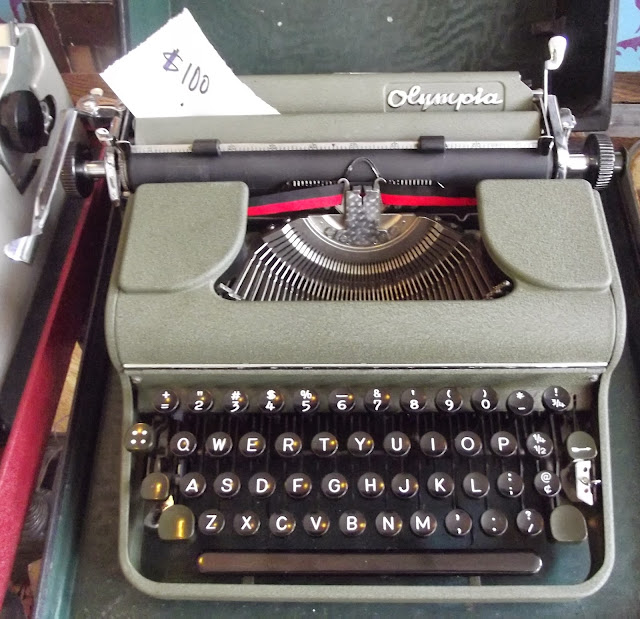 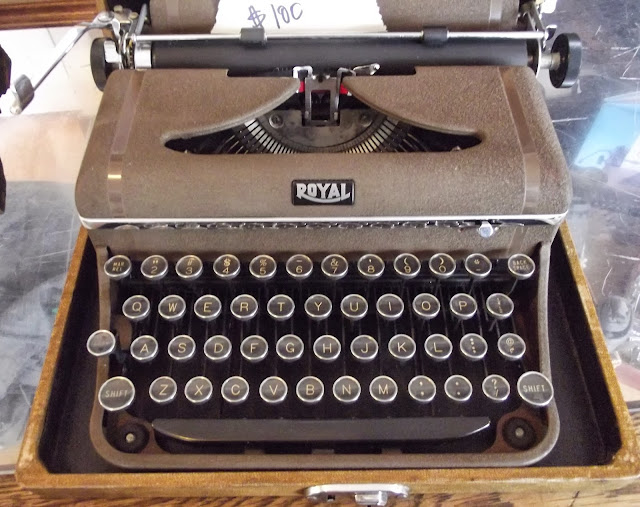 The typewriter I had donated to WordPlay was one I won in a late auction on Sunday, at the end of the sixth annual Herman Price Typewriter Collectors' Gathering at the Chestnut Ridge Typewriter Museum in Fairmont, West Virginia. Martin Rice had put his fawn and brown Underwood De Luxe Quiet Tab up for sale - the one he had blogged about, having fixed its left platen knob with the use of a milk bottle top, a dime, a spring and a pin. 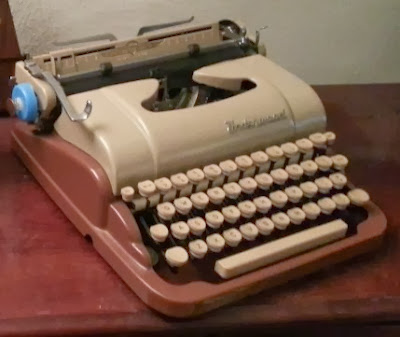 Thankfully, Richard recently took delivery of several drawers of typewriter parts, and having looked through these in Richard's shed the other night, we feel confident we can find proper replacement parts. The Underwood only cost me $30 in Martin's auction. 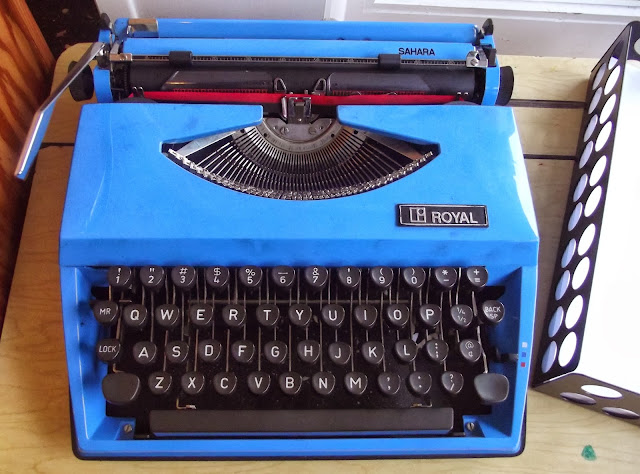 Typewriters in use at WordPlay: A big thank you to Natalie Tan for this lovely blue Royal Sahara. 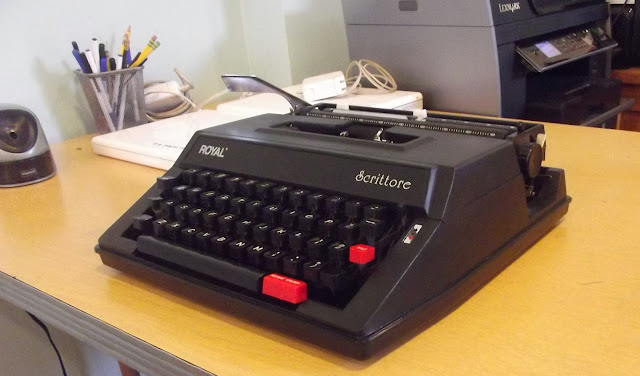 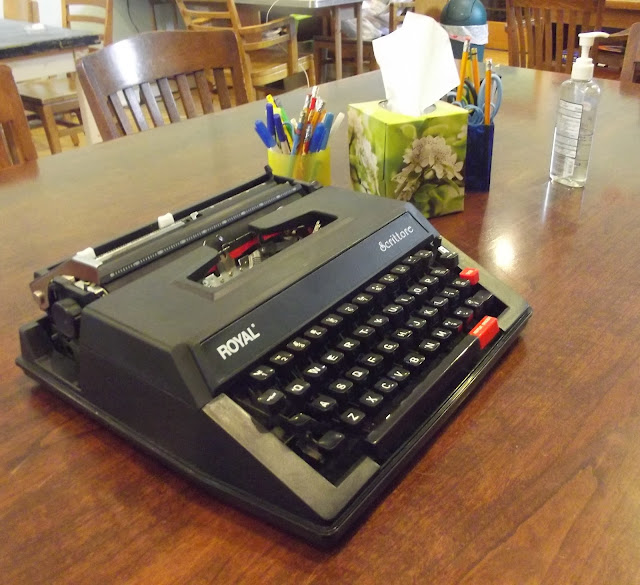 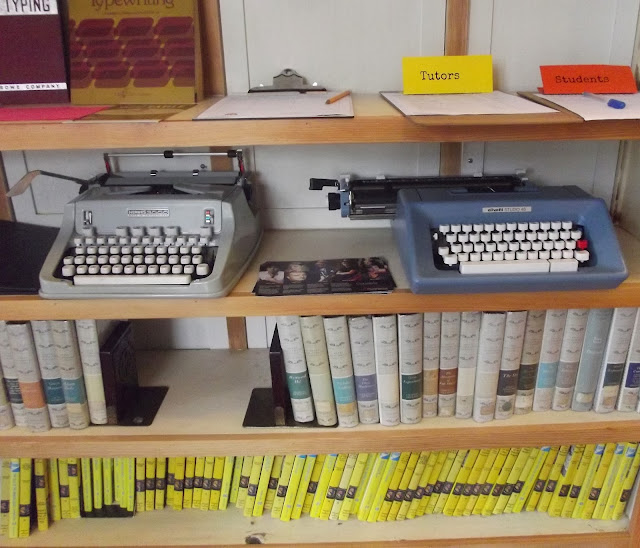 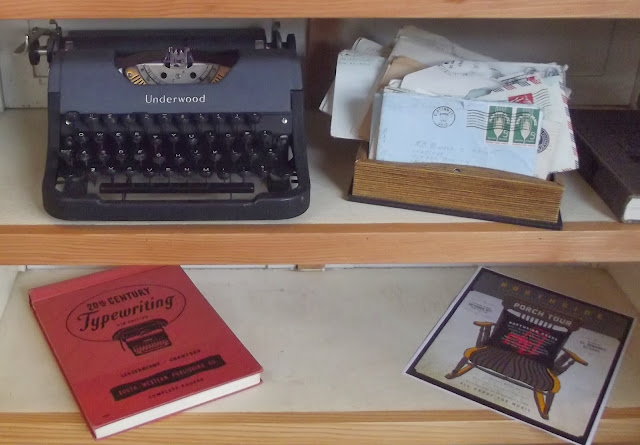 In a comment to last night's post on the Chestnut Ridge meeting, Ted Munk asked about the soundman seen in one of my shots. Yes, there is another typewriter film being made. Doug Nichol came to West Virginia and gathered a great deal of material, interviewing many of those taking part. He then came back to Cincinnati and filmed Richard at his office at Xavier University and at WordPlay. I know few details at this stage - I'm not aware of a working title or of an anticipated release date. However, I can say there will be some emphasis on the Typewriter Insurgency. What started out as a project centred around Berkeley in California is now taking on a much more national flavour, if not an international one. The early indications are that this will be one great movie! 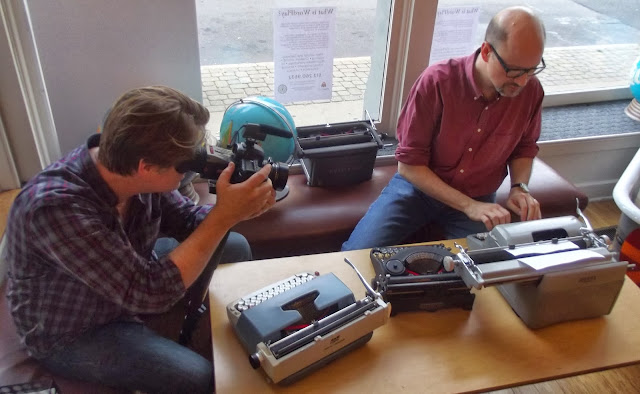 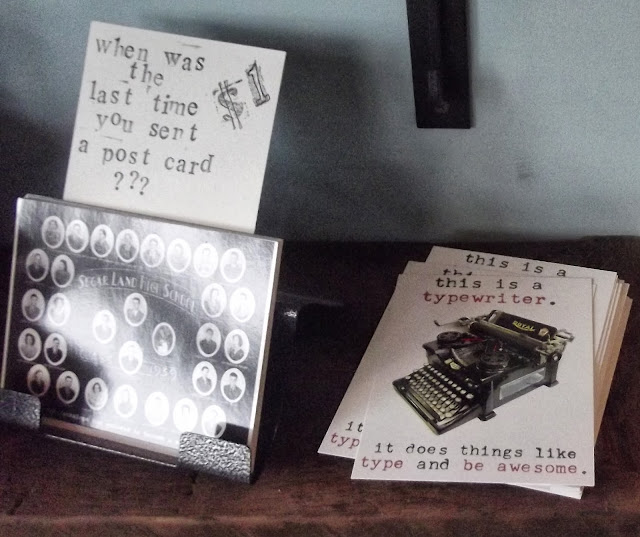 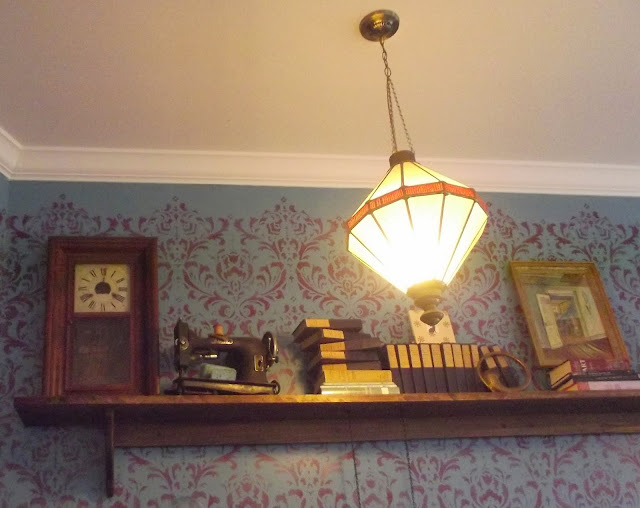 Posted by Robert Messenger at 13:19

I still really want to go here. Great taste on the two you picked up! I am all about the 40s Royals and that Olympia looks really cool.

Nice to glimpse an Olivetti 46 lurking on a shelf, and I'm sure the books below would be up my street too.

Congratulations on the SM1.

They sure have some nice typewriters there.

It is great to get another look into the world of WordPlay. And milk bottle top or not I very much like the look of that Underwood.