How 'Typewriter Topics' Gave James B. Hammond the Kiss of Death 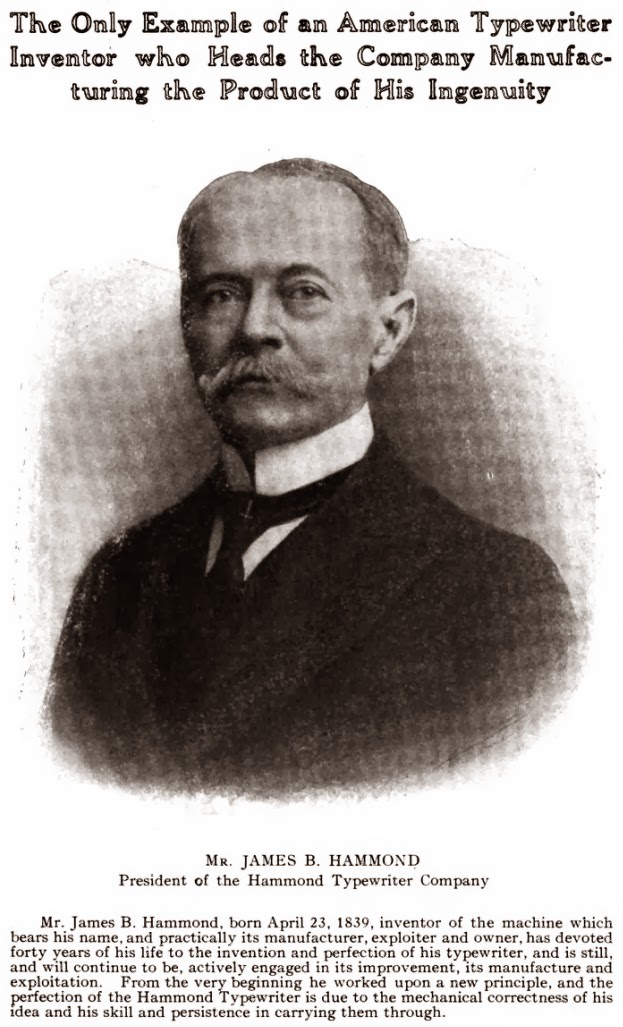 Typewriter Topics made this comment in its September 1910 issue. Its claim was soon disputed: 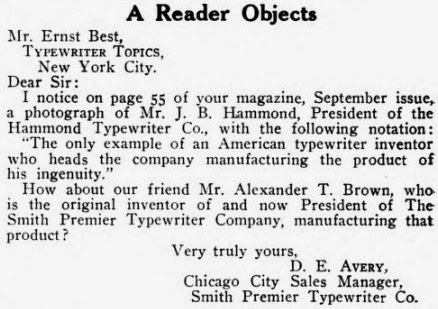 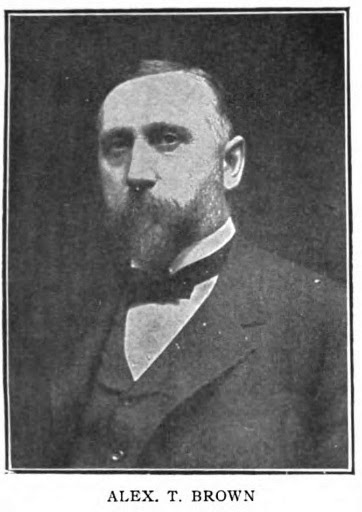 As well, Brown outlived Hammond by 16 years and four days. Brown died, aged 74, on January 31, 1929.
Within 28 months of Typewriter Topics making its declaration about Hammond, the colourful inventor was dead, aged 73. He died suddenly on January 27, 1913, on board his luxurious air-conditioned 95-foot petrol-powered yacht, Lounger II, at St Augustine, Florida.

A PDF of this article, which appeared in The New York Times on June 25, 1911, can be downloaded here. In brief, it tell us:
His pets were a canary he rescued from a vacant flat, where it had been left abandoned, and his then two-year-old Boston bull terrier called Pinkey.
He owned five cars and two yachts (his first, Lounger I, he had for 25 years).
He lived on the fourth floor of an apartment building on Upper Broadway.
He went almost daily to the Hammond typewriter factory at the foot of East Sixty-Ninth Street.
When he was incarcerated in 1907 (see below) he was taken "forcibly" from his room in the Cumberland Hotel. He does not mention his siblings in this article.
The inspiration for his typewriter came from the machine built by Samuel Ward Francis in 1857: 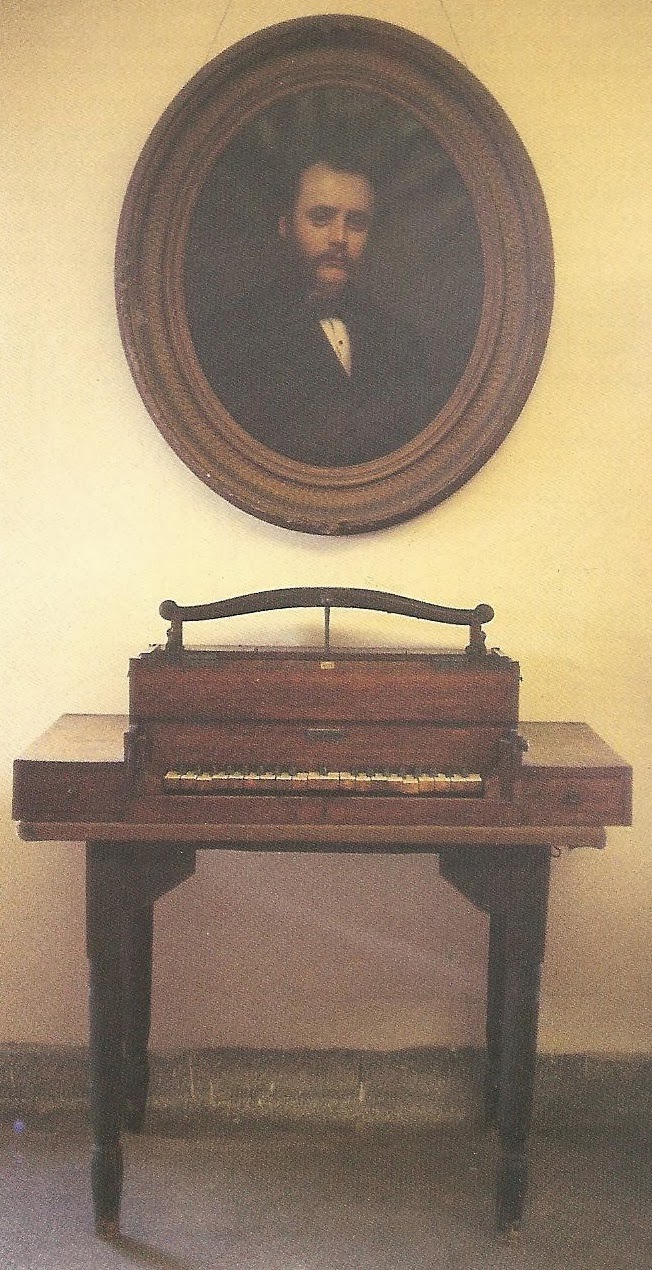 Hammond gave his workers one extra week's pay four times each year, plus a turkey at Thanksgiving. A Panhard
The yacht, valued at $35,000, carried Hammond's Panhard automobile with it, and also had a laboratory and aquarium.
Hammond had set out in July 1911, soon after Lounger II was completed, on a round-the-world cruise, declaring he intended to live until he was 100. 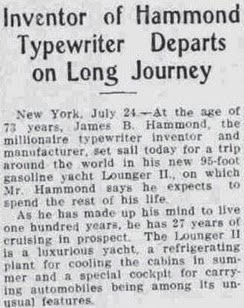 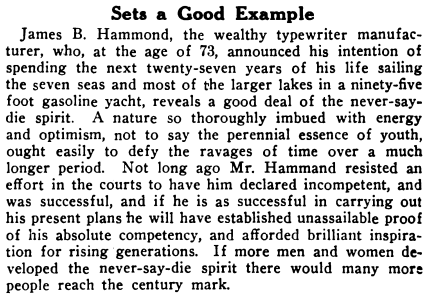 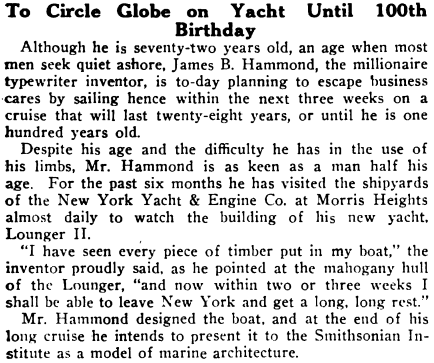 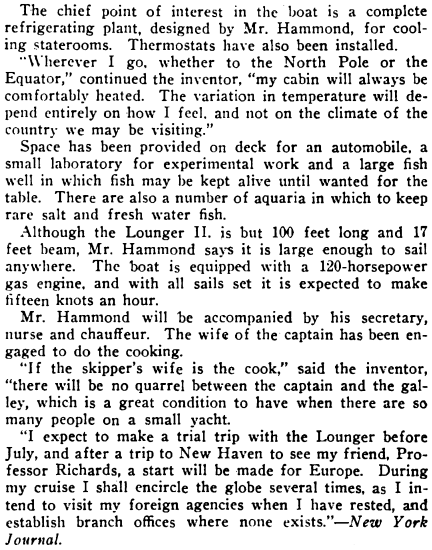 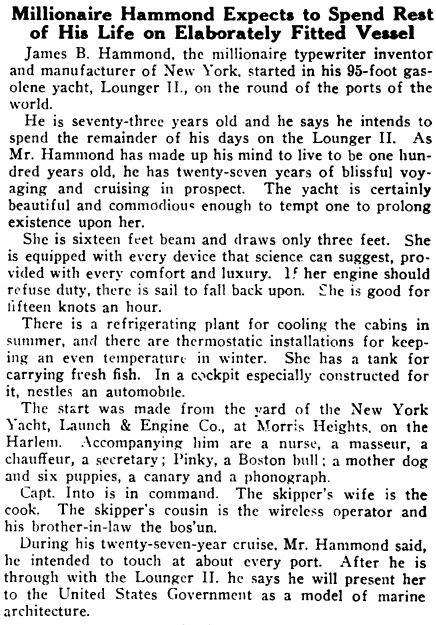 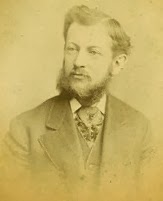 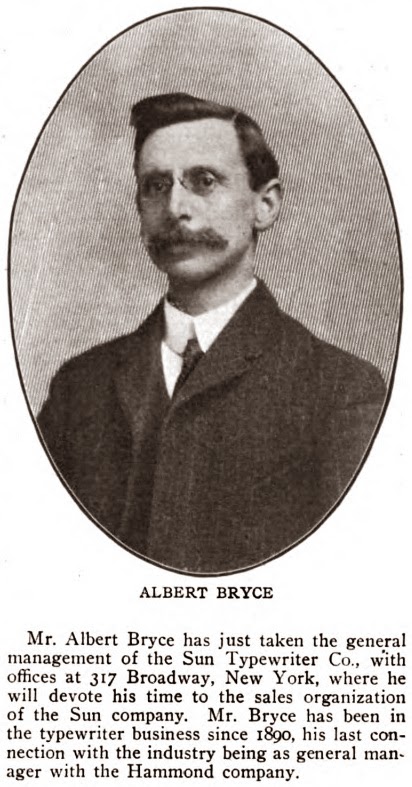 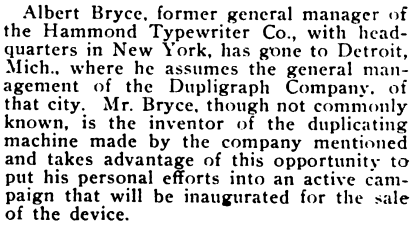 Hammond was released from a private sanitarium, where he had been sent for observation from the Bellevue Hospital, on September 21 that year. 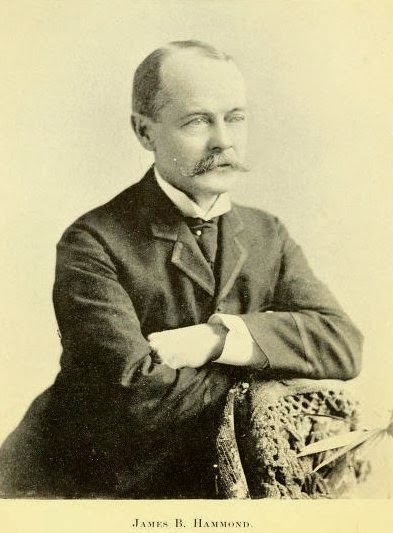 In 1908, believing he was dying, Hammond gave his workers 520 shares of Hammond stock. Finding he wasn't dying, he successfully took legal action to restrain the employees from off-loading the stock, which had been distributed during his absence in Europe. 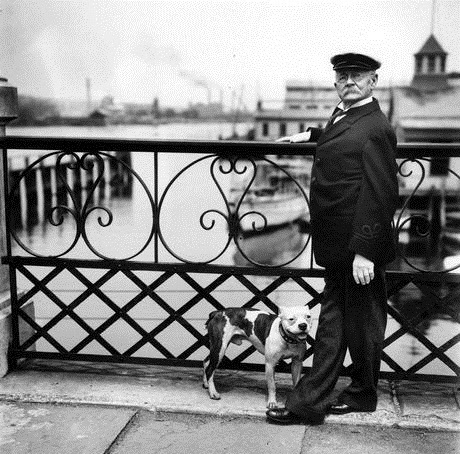 Typewriter Topics' coverage of Hammond's last months makes great reading. The saga actually started in 1909, when Hammond lost a yacht (Lounger I) and an auto: 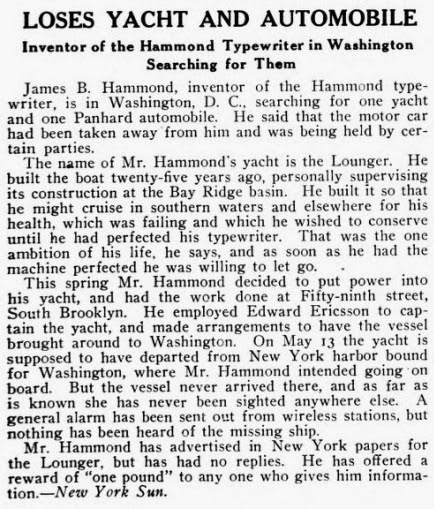 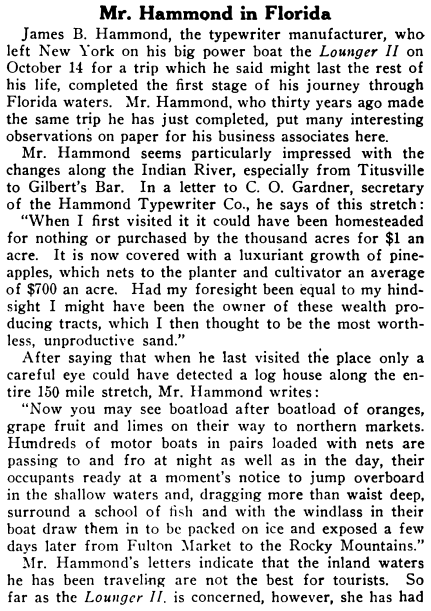 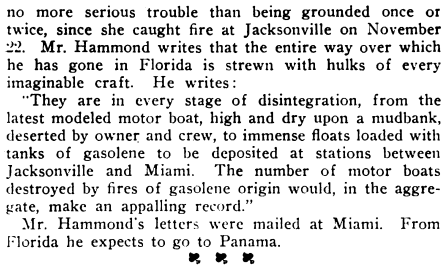 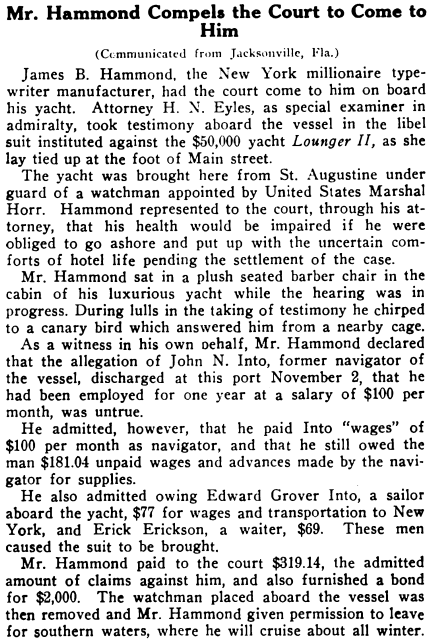 And shortly after that he was dead. 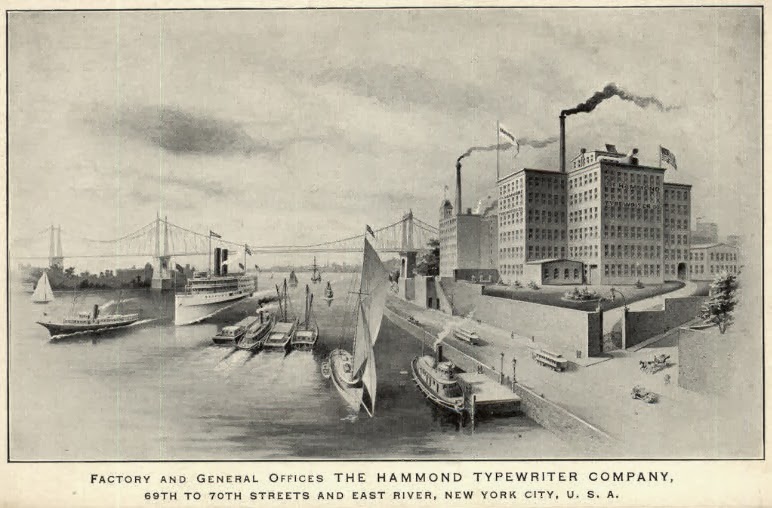 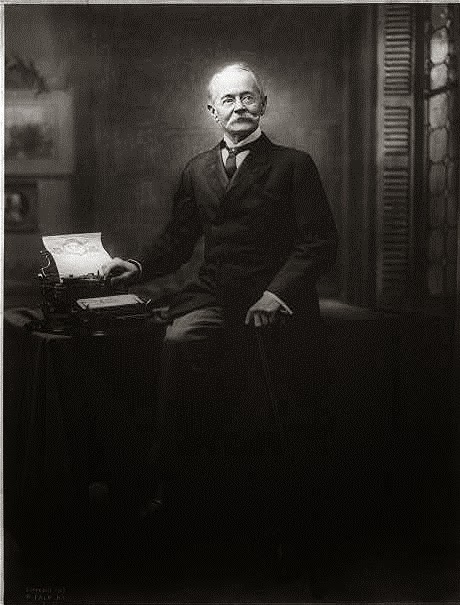 Hammond might not have made it "all 'round the world", but his typewriter did: 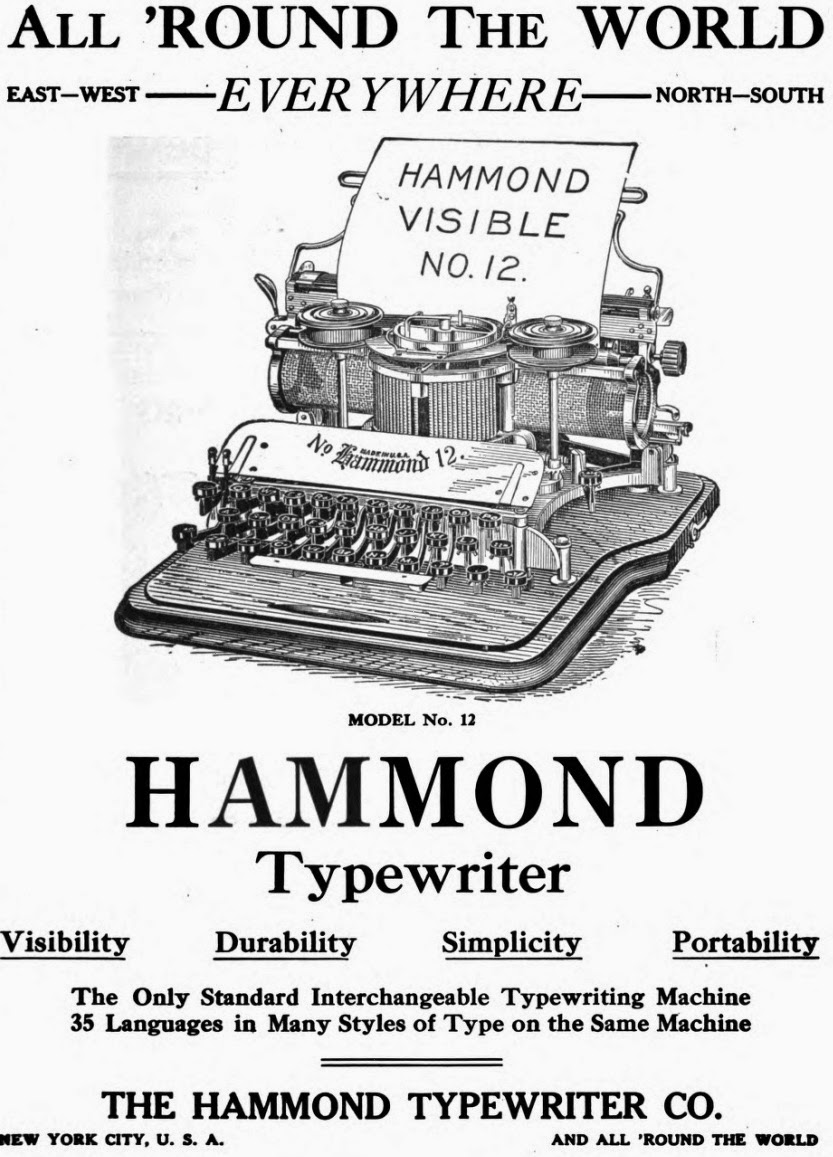 Posted by Robert Messenger at 23:31

I wish Hammond had lived to 100, but he certainly lived in style, with ingenuity, imagination, and kindness. One of my typewriter history heroes.

Quite a cosmopolitan, our Mr. Hammond. Like a character out of Melville's The Confidence-Man. Very enjoyable reading. Thanks.

All the great information and all I want is a running Panhard. First one I know of and it is such a wonderful looking car.

I think it is a fitting reflection of Mr. Hammond.