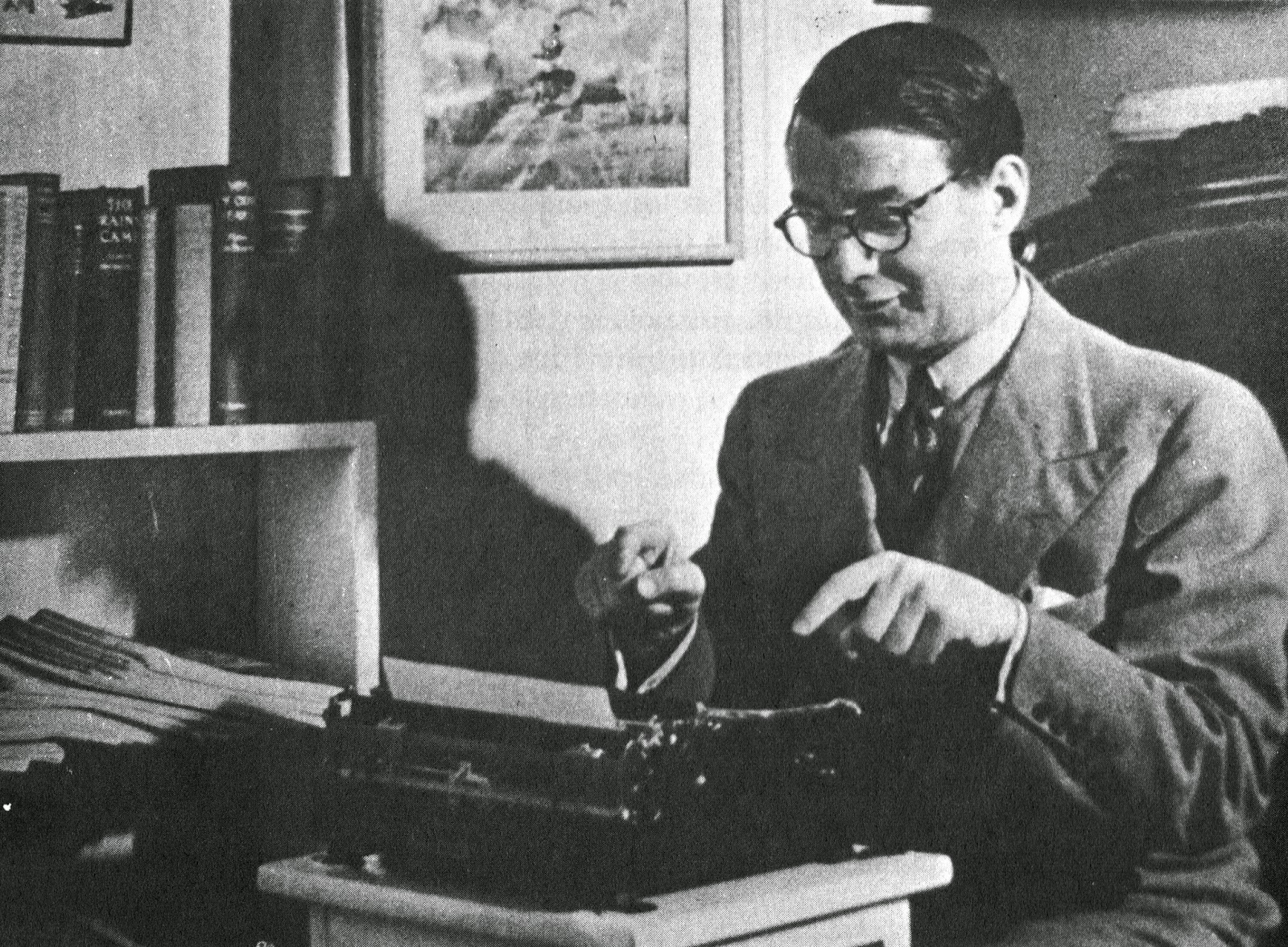 Ginger Meggs is arguably Australia's most famous cartoon character. Nowadays our youngsters must rely on American creators for their cartoon heroes, such as Homer Simpson. Ginger Meggs was entirely home-ground, though his fame (and beaming freckled face and burning red hair) did spread to the US. 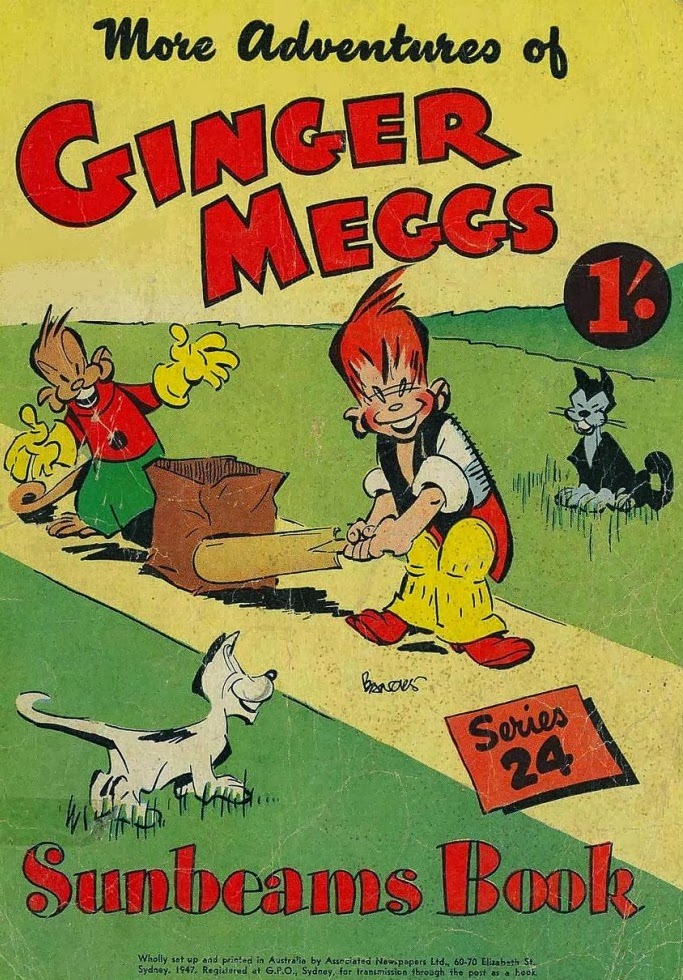 Ginger Meggs was created in 1921 by James Charles "Jimmy" Bancks (seen above at his typewriter). 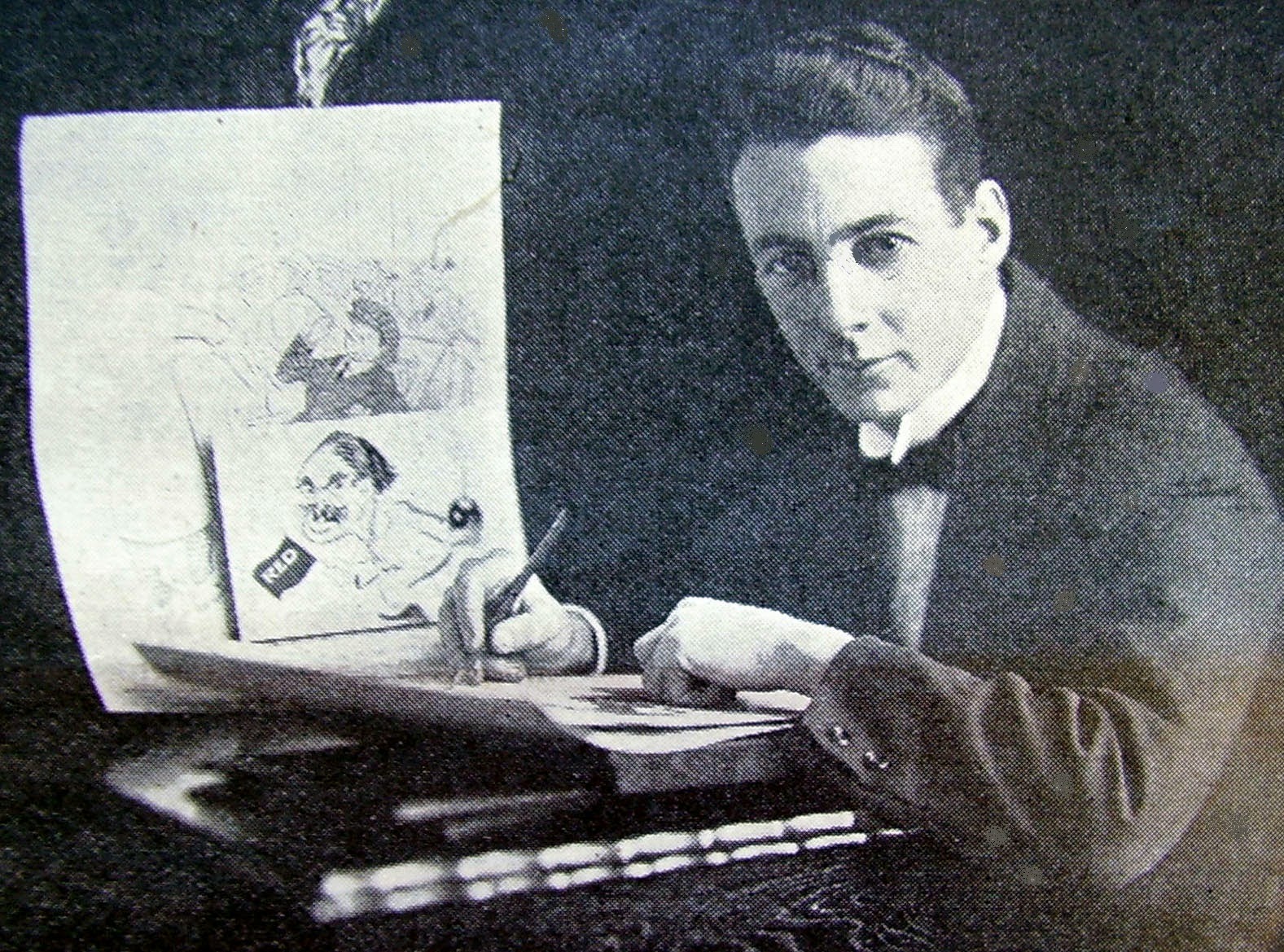 Bancks was born at Enmore, Sydney, on May 10, 1889, the son of John Spencer Bancks, an Irish railway-porter. Brought up at Hornsby in a family he remembered as a "living comic strip", Bancks left school at 14, worked as a wool clerk, office-boy and lift-driver, and practised drawing in his spare time. In 1911 his first cartoons were published in the Comic Australian and, from 1914, in the Bulletin. 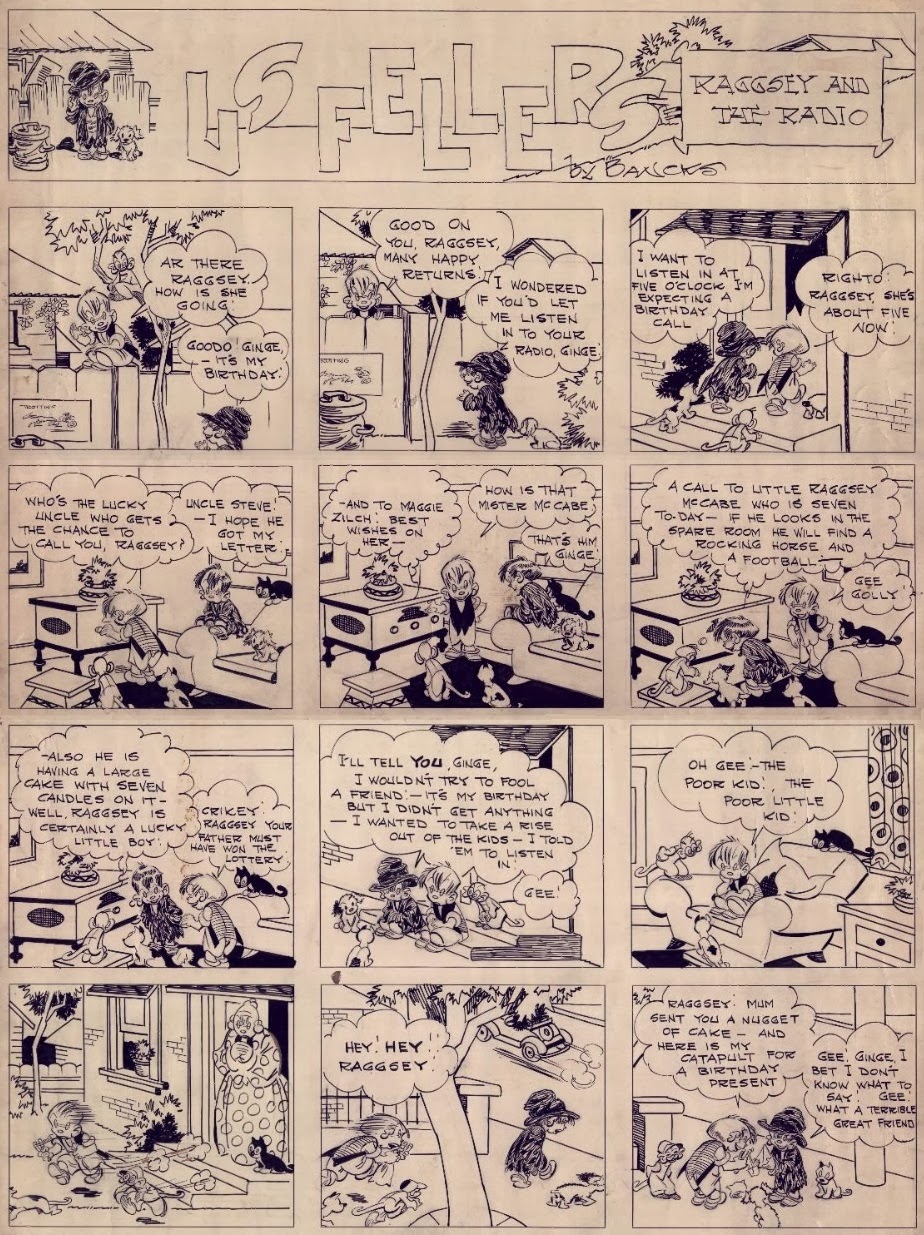 In November 1921 Bancks began drawing "Us Fellers" for the Sunday issue of the Sydney Sun. One of the minor characters in the first issue was Ginger Smith, a small red-headed boy in a black waistcoat. By the time he became Ginger Meggs in April 1922 he had a muff-wearing girl-friend, Minnie Peters, a rival for her affections in Eddie Coogan, and had gathered about him a gang of mates, including Benny and "Ocker" (Oscar Stevens). For the next 30 years, weekly in the Sunday Sun and also from 1924 in the Sunbeams Book, Adventures of Ginger Meggs, he experienced under Bancks the joys and tribulations of urban life: the joys of cricket and football, wangling ice-creams out of Italian shopkeepers, and toughening up curly-headed "sooks" named Cuthbert and Clarence: the tribulations of brushes with the law over broken windows, with the bully Tiger Kelly against whom the only defence was a rotten tomato or a catapult, with his largely unsympathetic parents and with school-teachers.
Throughout his adventures Ginger remained sturdily optimistic, self-confident, cunning and quick-thinking; part larrikin, part battler, part philosopher and part humorist, he became Australia's most famous boy. His 25th birthday was celebrated in the wards of children's hospital in several States.

In the late 1920s Bancks penetrated the overseas syndication market; by the time "Us Fellers" changed its Sunday Sun title to "Ginger Meggs" in November 1939, the strip had reached audiences in England and the United States as well as throughout Australia, and had been translated into French and Spanish for readers of La Presse in Montreal and El Muno in Buenos Aires.
On visits overseas Bancks met fellow cartoonists, including Walt Disney; in 1948 Ginger appeared on American television. Plans to introduce the strip into Europe were largely thwarted by the outbreak of World War II, but it reached the Pacific via Guinea Gold, issued by the Australian Army (and featured in posts on this blog).
Bancks also wrote for newspapers.
Bancks died suddenly of coronary vascular disease at Point Piper on July 1, 1952. He was survived by his second wife Patricia, née Quinan, whom he had married at Yuma, Arizona, in 1938. 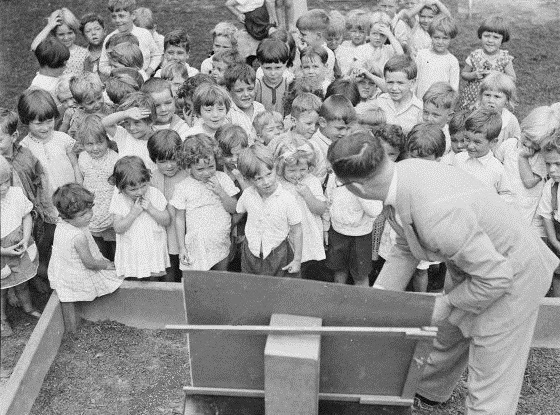 Bancks went to the "horse's mouth" for ideas and inspiration. He is seen here working with kids at the Golden Fleece Kindergarten in Sydney in March 1932. 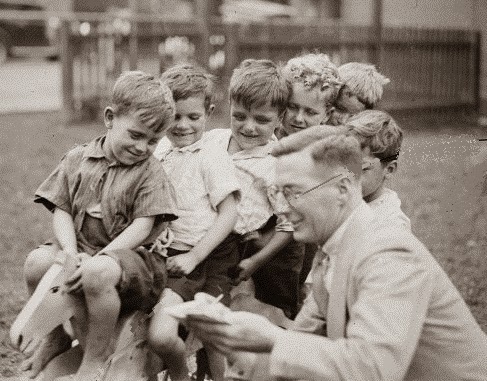 It is at least possible that the popularity of Ginger Meggs entrenched nicknames like "Ginger" and "Ocker" within Australian English, and consolidated schoolboy attitudes towards the gang, the "opposite sex", and such figures of authority as parents, policemen and schoolteachers.
The term "Ocker" is now used both as a noun and adjective for an Australian who speaks and acts in an uncultured manner, using a broad Australian accent (or "Strine"). The typical Ocker is "usually found in a blue singlet and rubber thongs [flip-flops] with a tinnie [beer can] in his hand propping up a bar". Richard Neville defined Ockerism as being "about conviviality: comradeship with a touch of good-hearted sexism". It is mostly fairly neutral, even affectionate - although it can be used in a pejorative sense, especially by Australians who consider themselves cultured or enlightened. These people are generally considered to be wowsers [a person who seeks to deprive others of behaviour deemed to be immoral or "sinful"]. 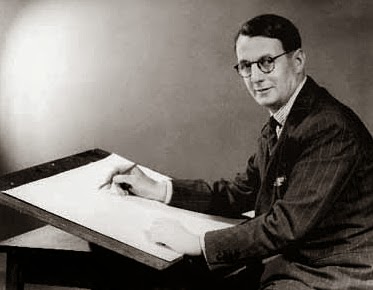 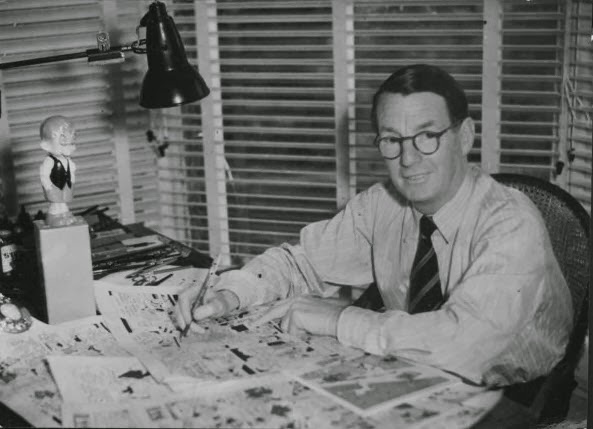 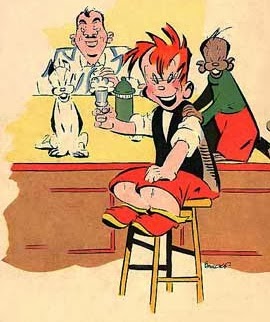 Posted by Robert Messenger at 18:24

I enjoyed this blog immensely. Particularlyreading that the genesis for ockeismr was theGingerMeggs strip.
Can you tell me where the RichardNeville quote comes from?
With many thanks
Dasha Ross
e: rossdasha@gmail.com