The Australian Capital Territory's population of Typospherians will be temporarily cut in half tomorrow when young blogger Jasper Lindell ("DHIATENSOR") sets off from Canberra for Freiberg in Germany.
Jasper will be away for two months on a student exchange trip. He will be celebrating his 16th birthday in Germany.
Jasper's parents put on a farewell event for friends and well-wishers at his home this evening and it was a chance for me to see Jasper's typewriter collection and the very impressive set-up in his "Typospherian's office". 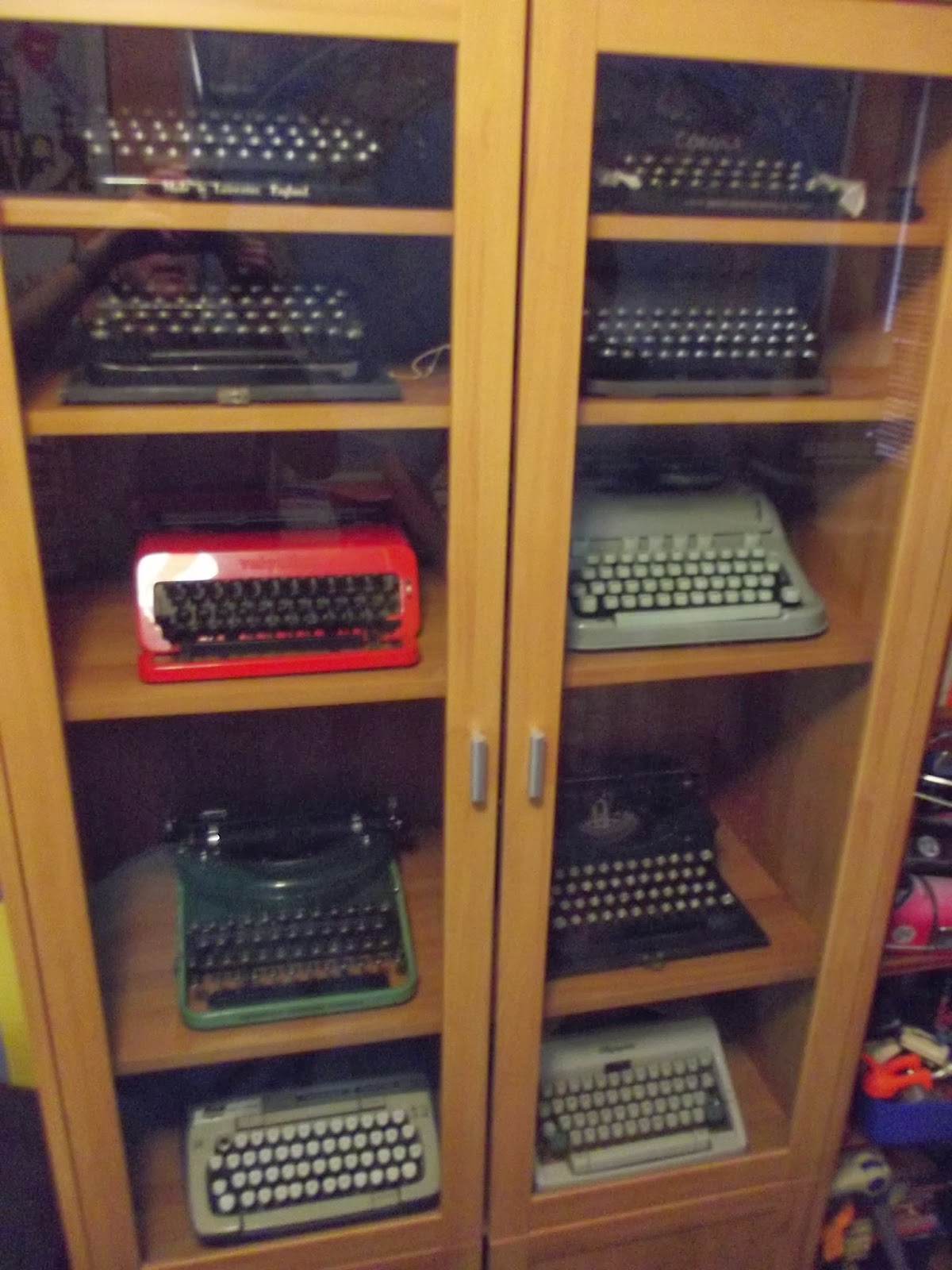 Some of Jasper's prized possessions 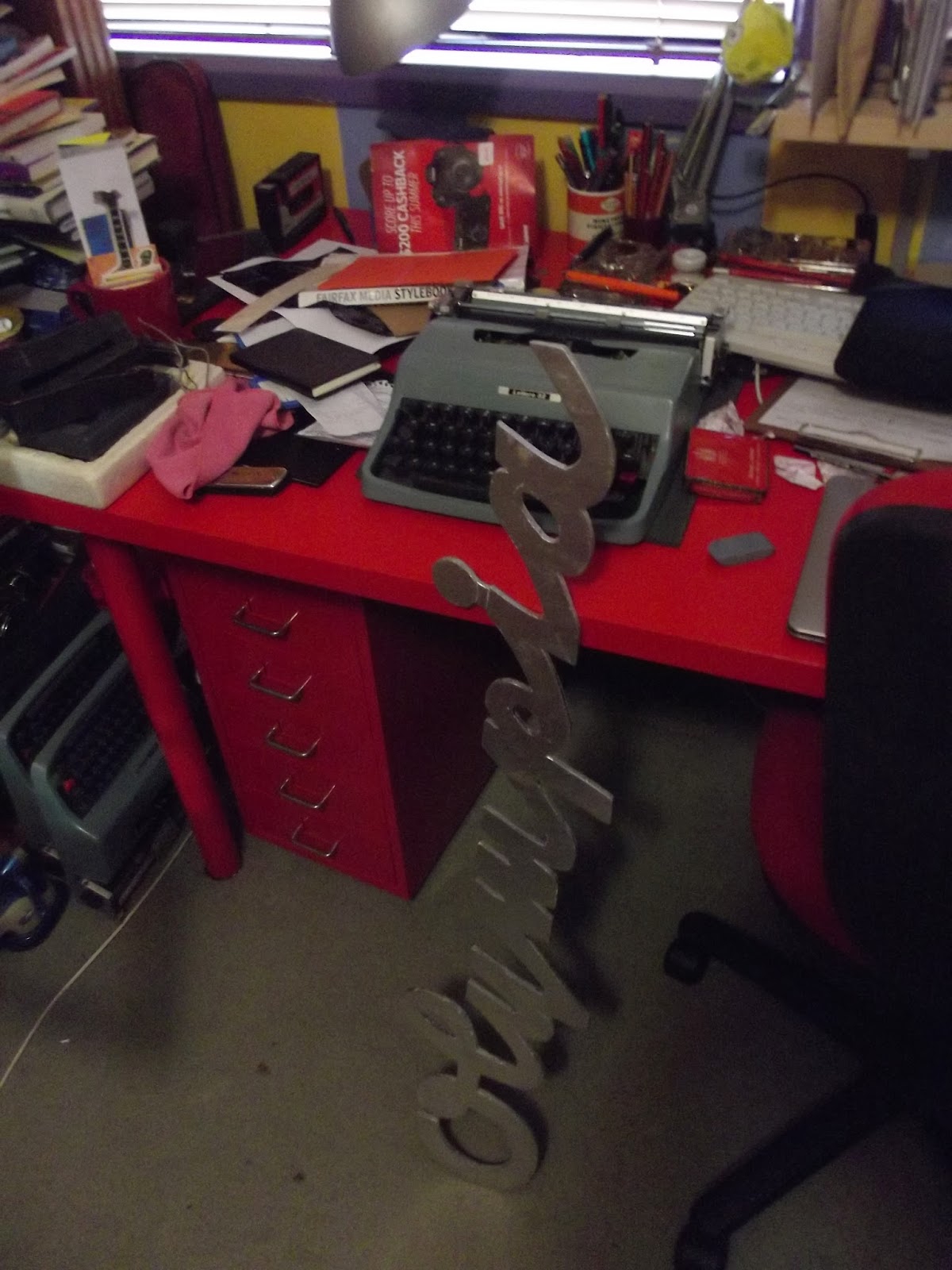 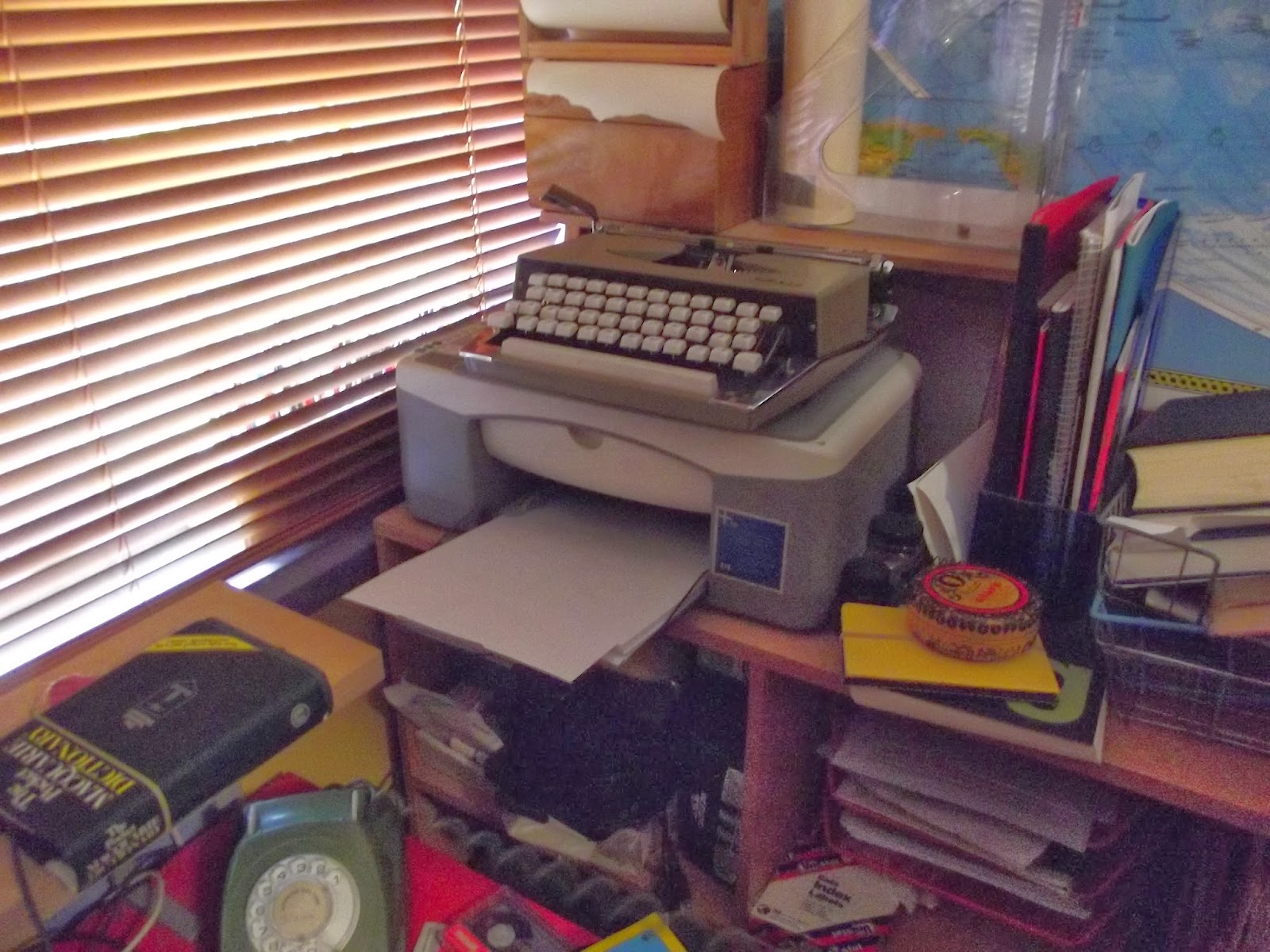 The Nippo P-200 I gave to Jasper after our Type-In here a few weeks ago.
My going-away gift was a T-shirt inviting Jasper's German hosts to offer him some additions to his collection. 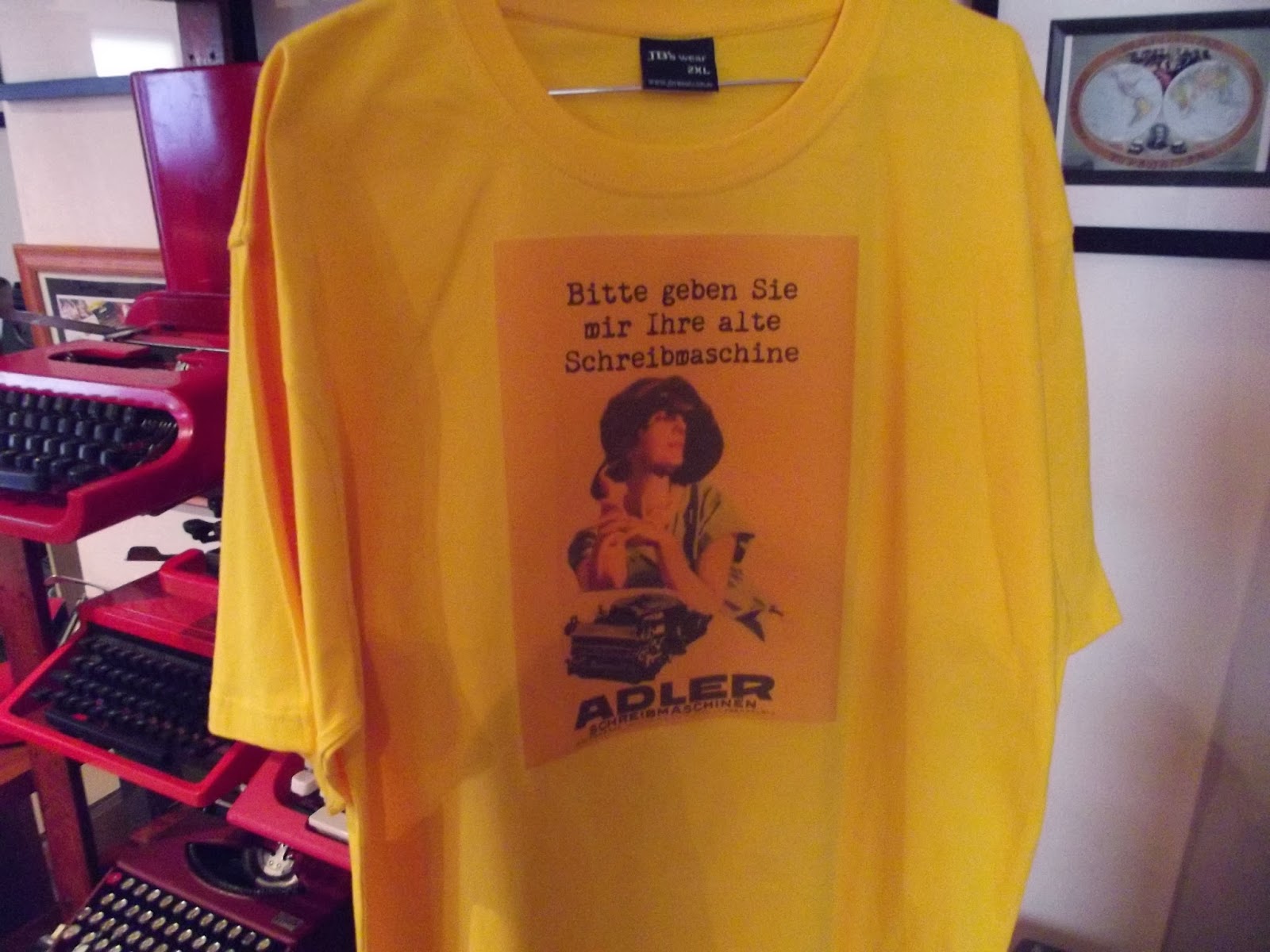 Outside, as Canberra's second heat wave of the year (it's rare that we even get one!) allowed some respite from the 100 plus temperatures of earlier in the day, Jasper's dad John treated us to delicious pizzas baked in his backyard pizza oven.
While the pizzas were baking, I sneaked inside to get some photos of Jasper's own slice of typewriter heaven: 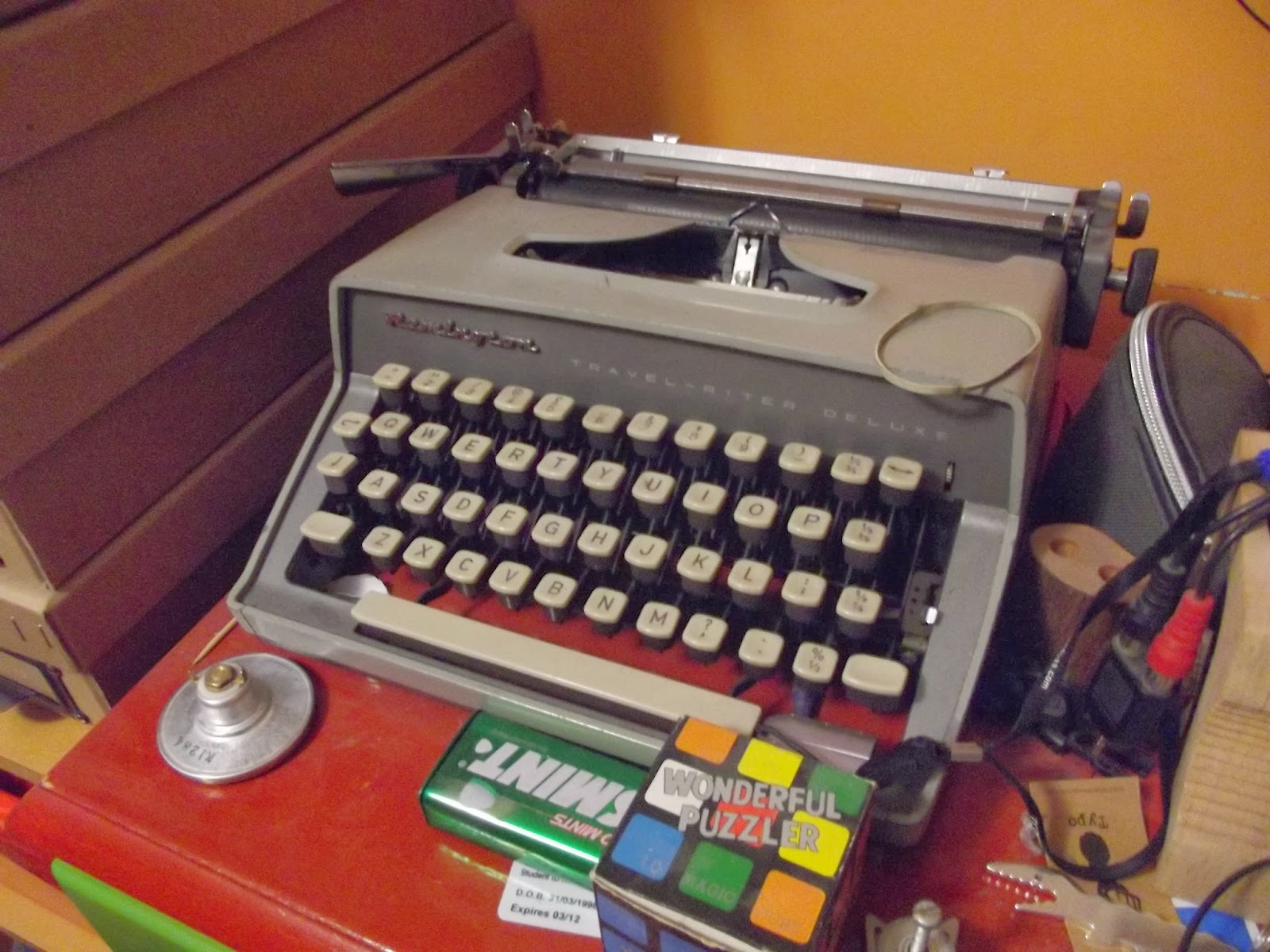 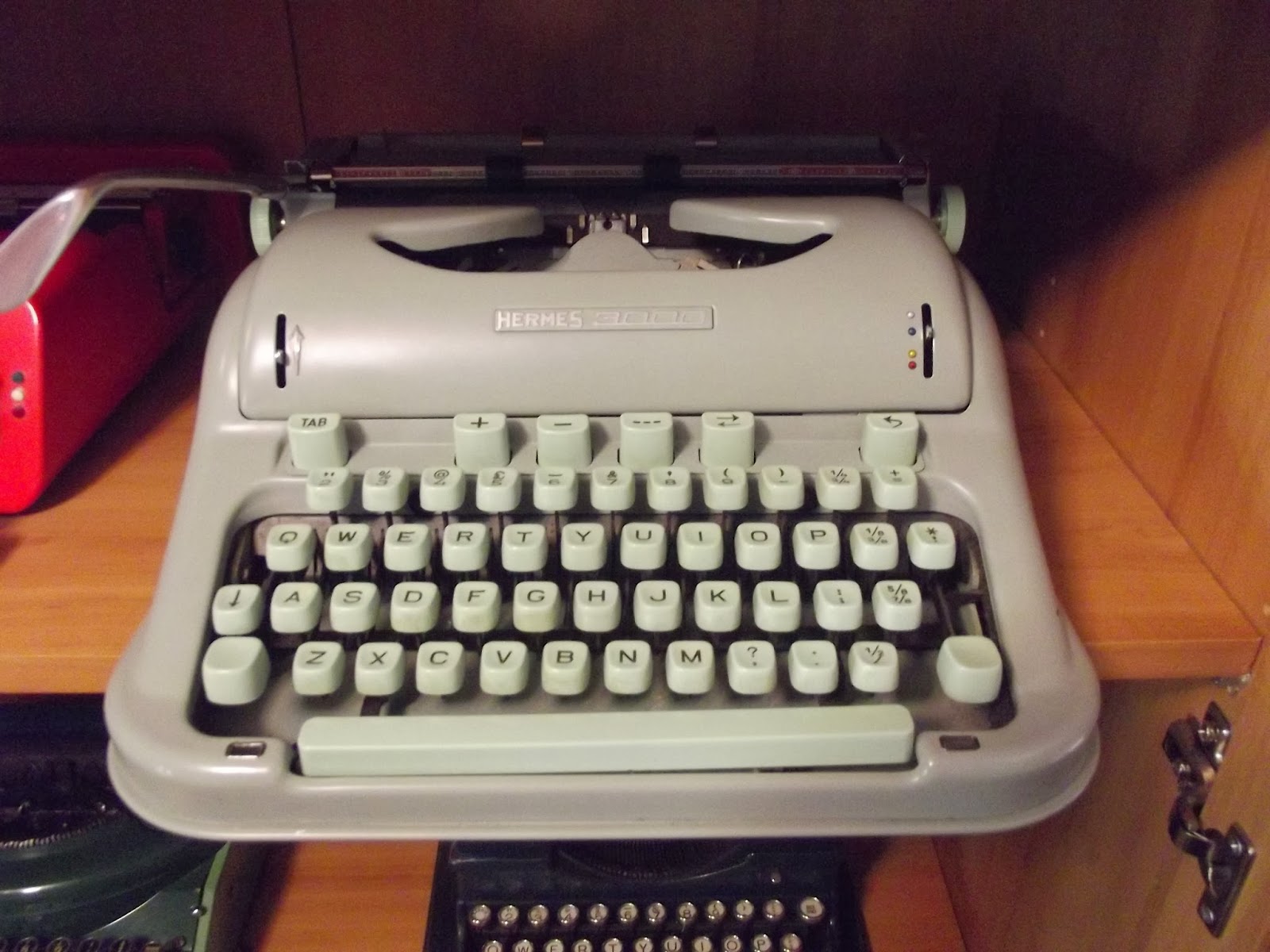 Jasper put together this very fine Hermes 3000 from two or three spare parts machines I gave him. He's done an excellent job with it. 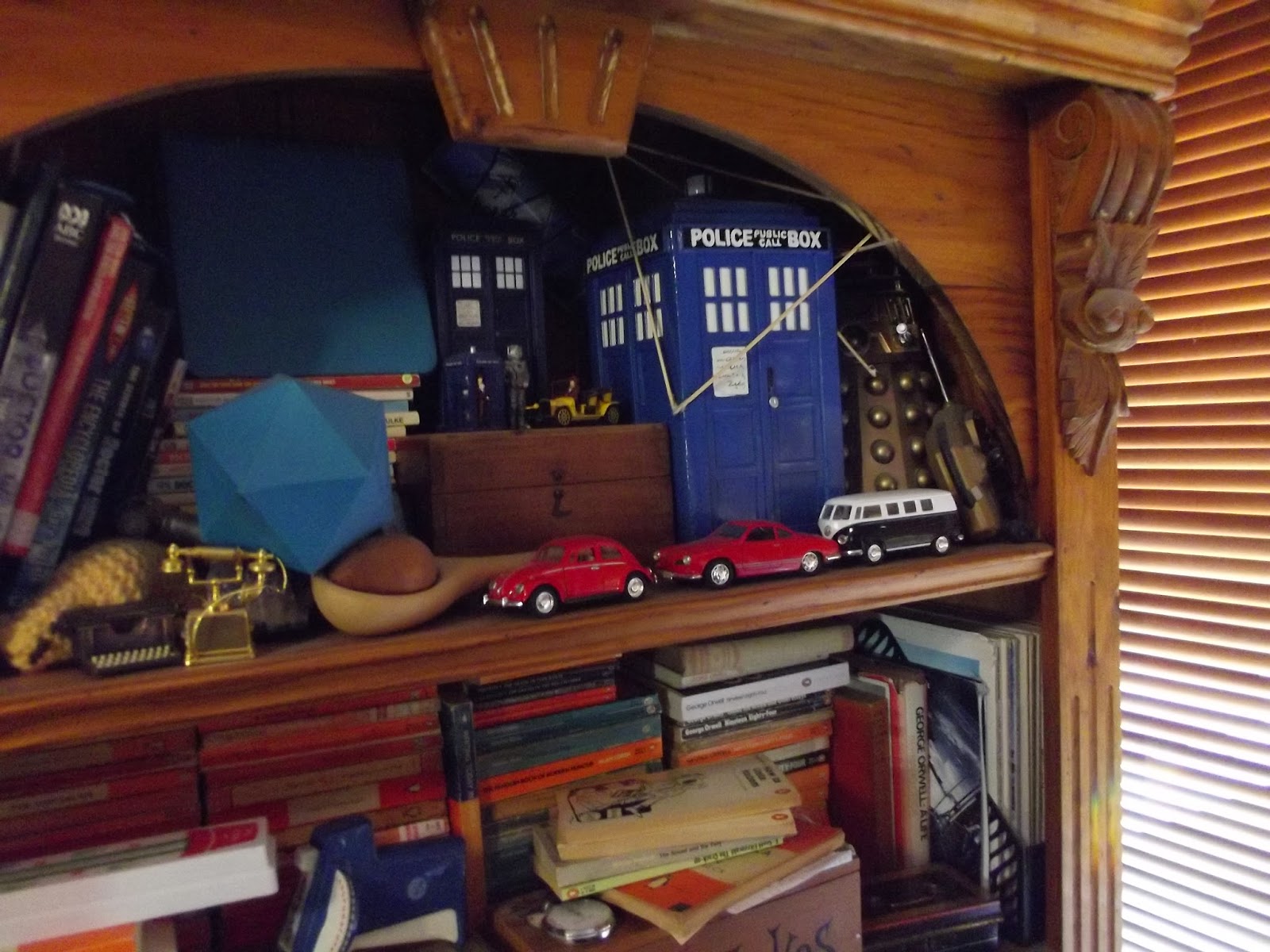 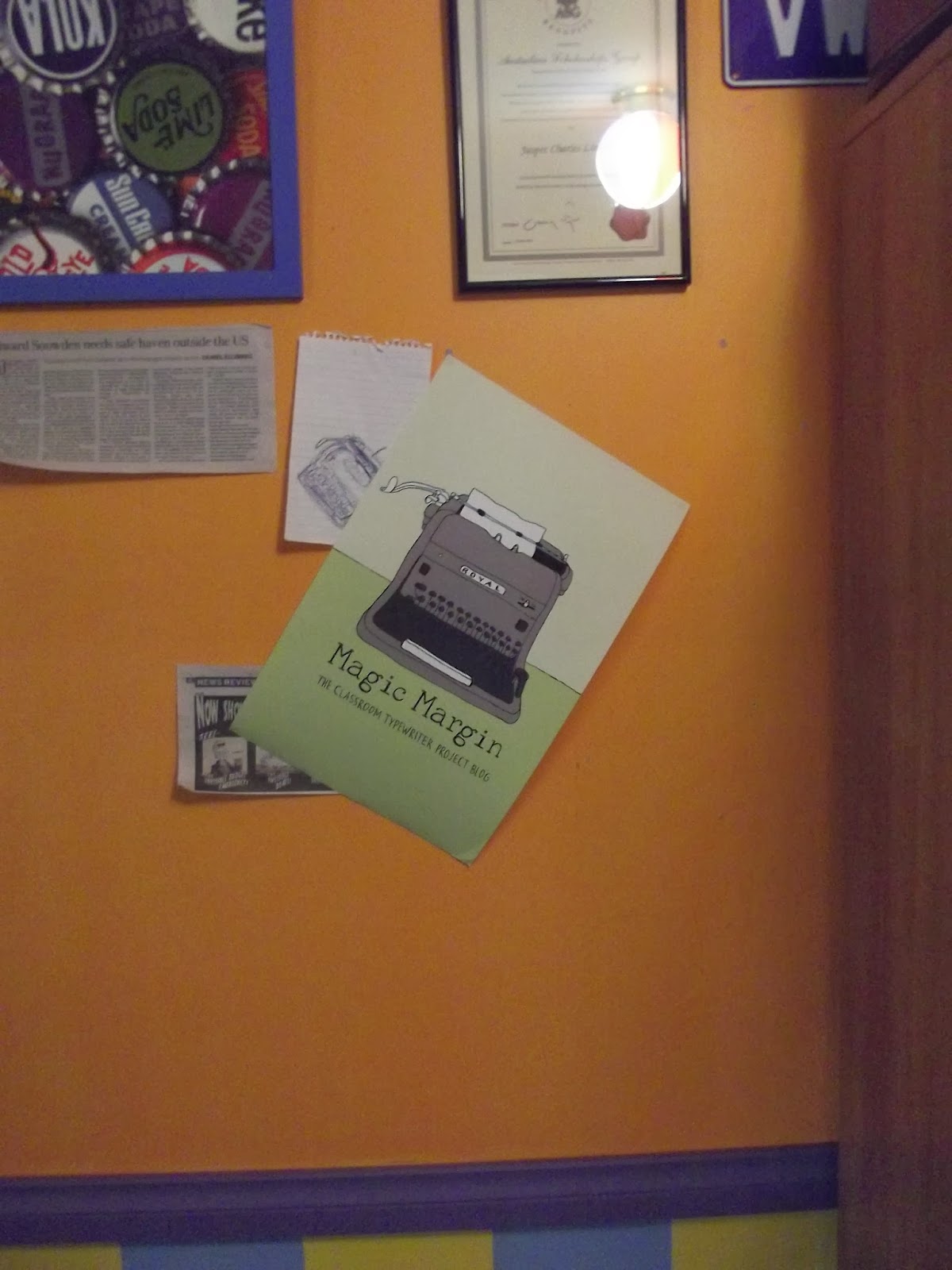 A "hi" to Ryan Adney in far-off Arizona. 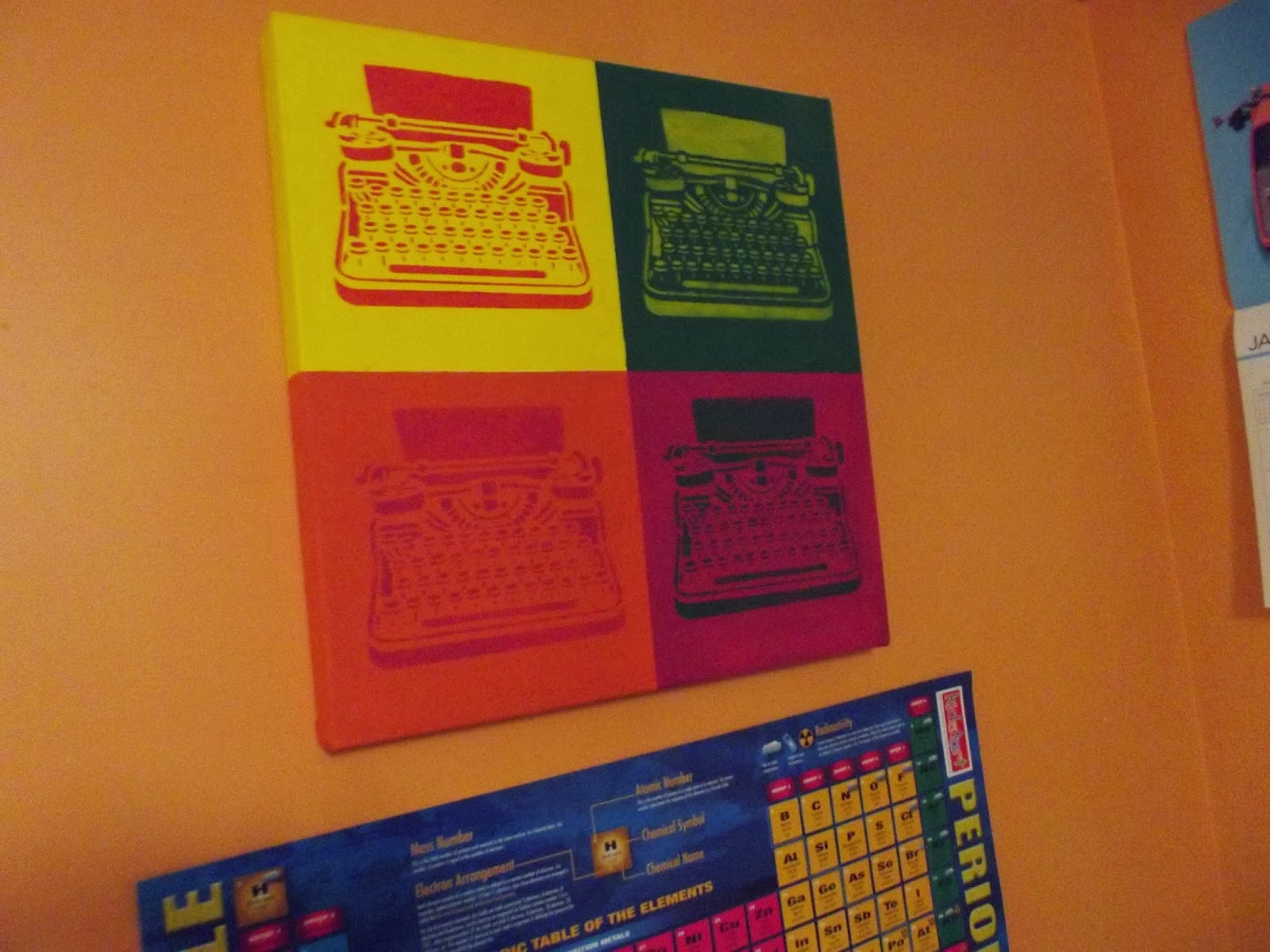 Jasper's mum made this fantastic wall plaque herself. 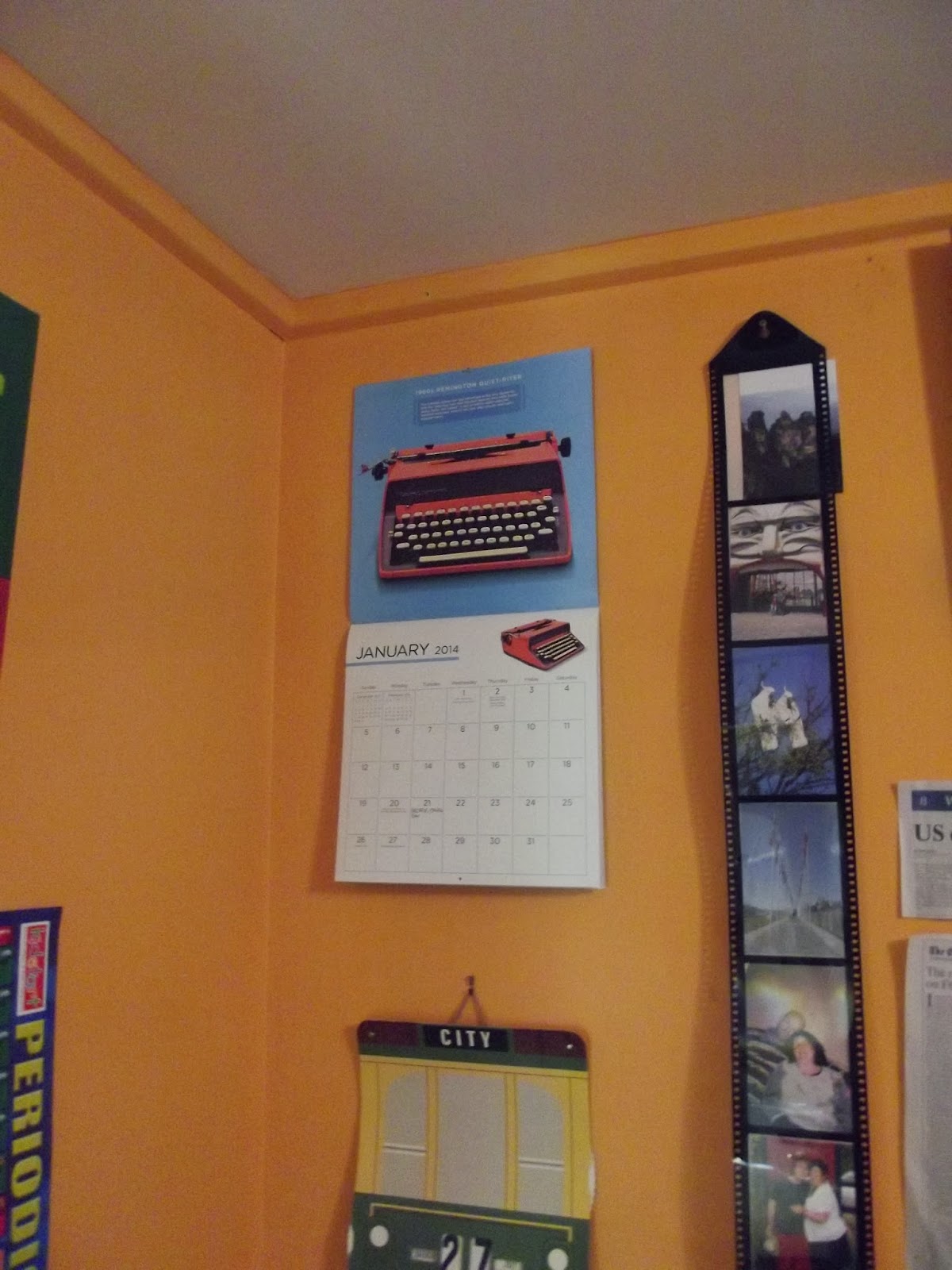 The talk of the night was how Jasper was going to get typewriters back from Germany. Freiberg is close (18 miles) to two great old typewriter cities, Dresden and Chemnitz, so the chances of Jasper finding some treasures over there would seem to be good.
Freiberg is a university and mining town in Saxony, the administrative centre of the Mittelsachsen district. Its historic town centre has been placed under heritage conservation and is a chosen site for the proposed UNESCO World Heritage Site known as the Ore Mountain Mining Region. 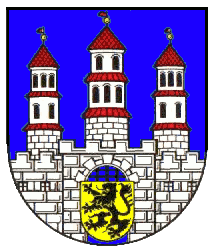 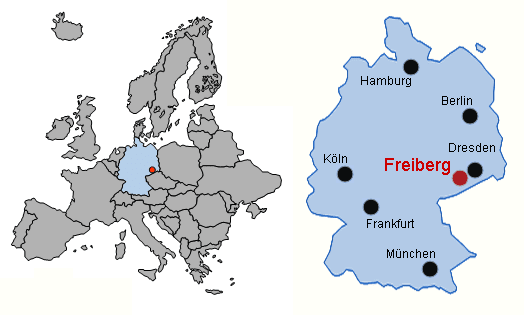 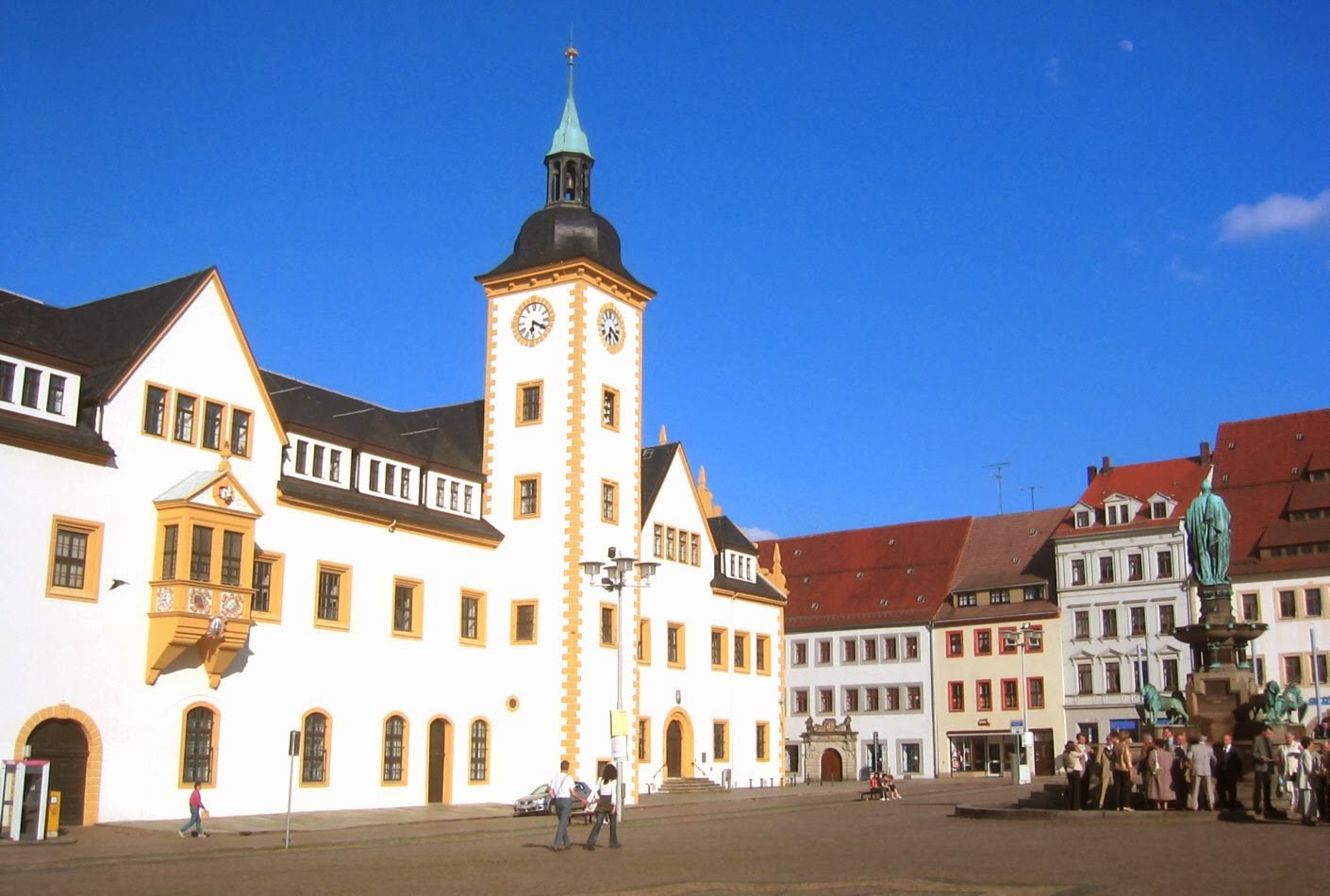 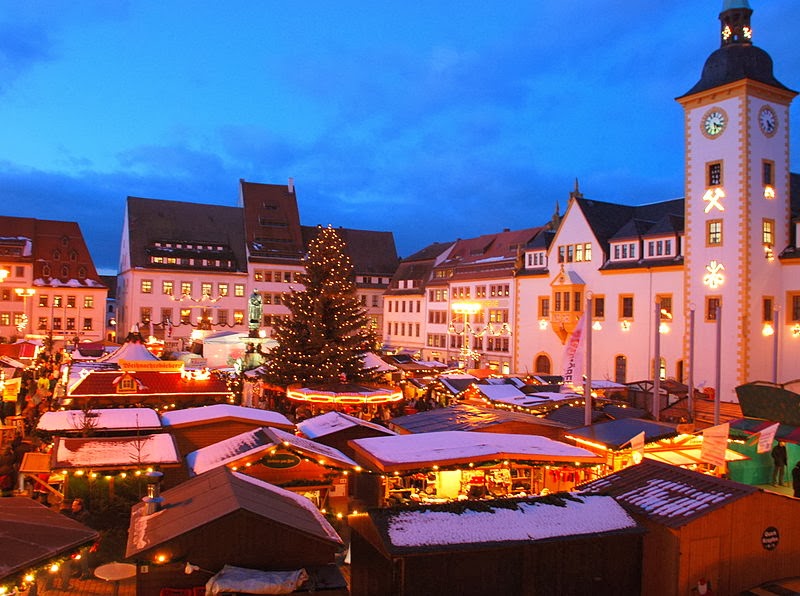 Posted by Robert Messenger at 22:04

Indeed, a very nice "slice of typewriter heaven" including what looks like one of Rob's spoons!

All the best to Jasper for his upcoming adventure. And a suggestion he get a promise from his mom that she won't give in to the urge to tidy his room while he's gone! I love the happy and creative clutter - looks just like my office in its normal state.

I am impressed with Jasper's parents -- their skills and their support for his hobby.

Oh no! I've been exposed as a messy desk person!

Thank you Robert for coming last night and thank you very much for the T-shirt. I'll keep you posted on its success rate.

Tony, unfortunately my parents don't see it as "happy and creative" clutter. They just see it as sans-adjective clutter. But I don't think they'll come in and "tidy up", at least I hope they don't.

Richard, I'm impressed with them too. All three of us have the collecting gene, so perhaps there is some sympathy involved?

That is an excellent display case! Reminds me a little of the ones Herman Price has. I have found that displays deep enough for typewriters are hard to come by.

Jasper: Have fun in Germany! I'm sure you'll find something awesome. If I were you I'd be on the hunt for a Kolibri.