A lot of half-forgotten typewriter ephemera has been unearthed as the Australian Typewriter Museum continues to undergo an upheaval and things stored away for months and even years are rediscovered. Aren't I having fun finding all this stuff again?
TYPEWRITER LABEL: 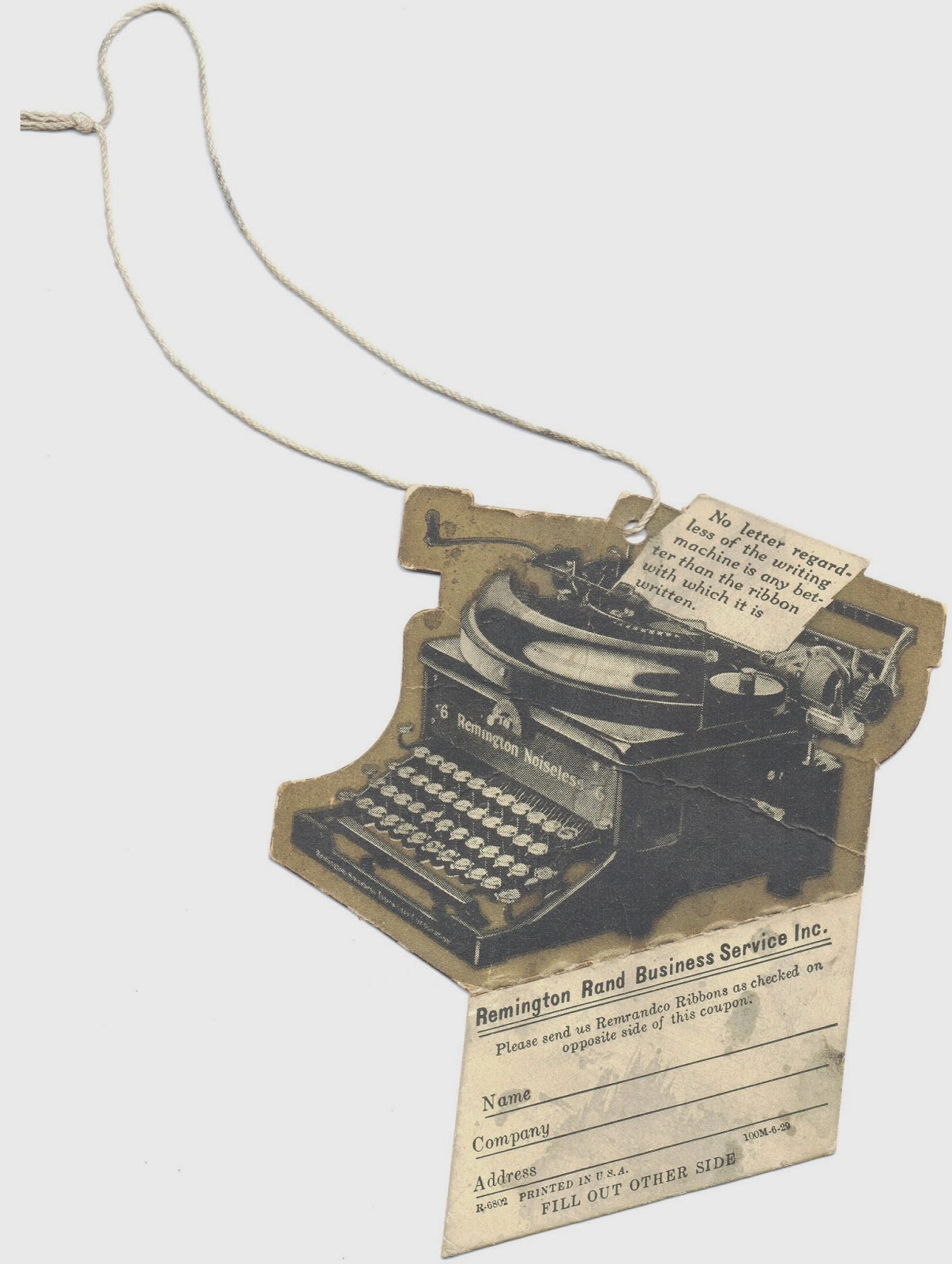 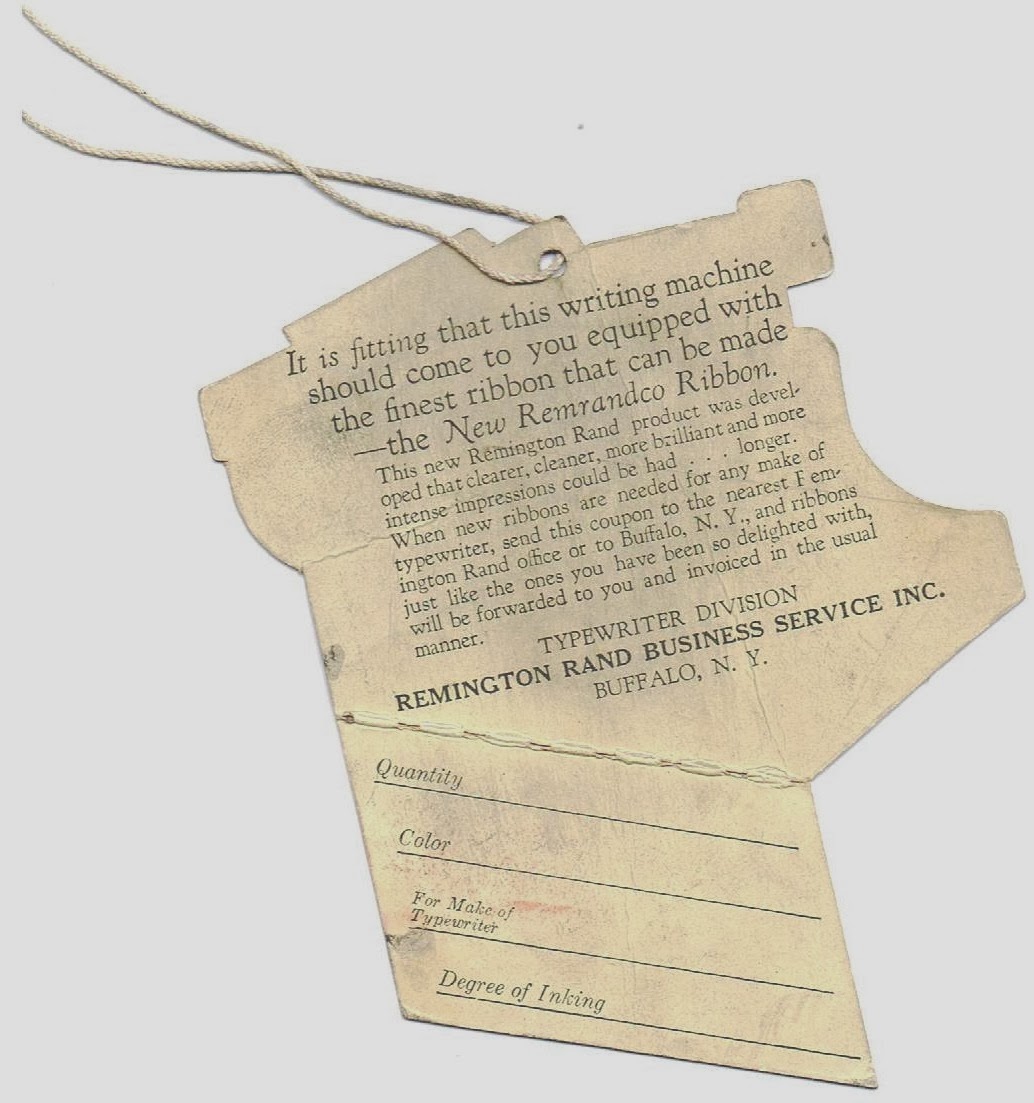 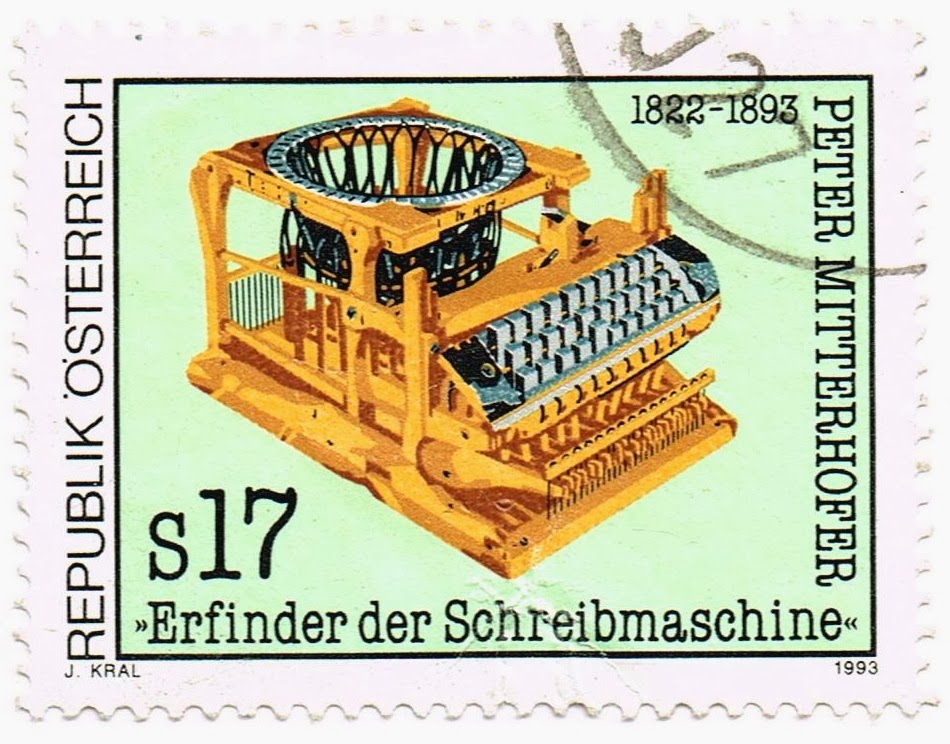 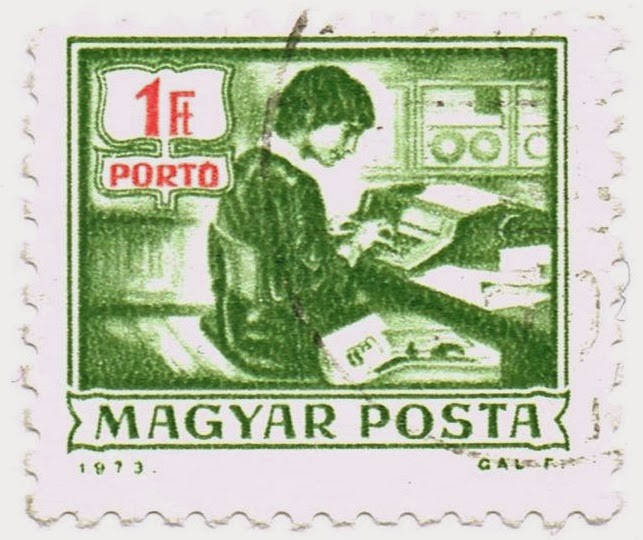 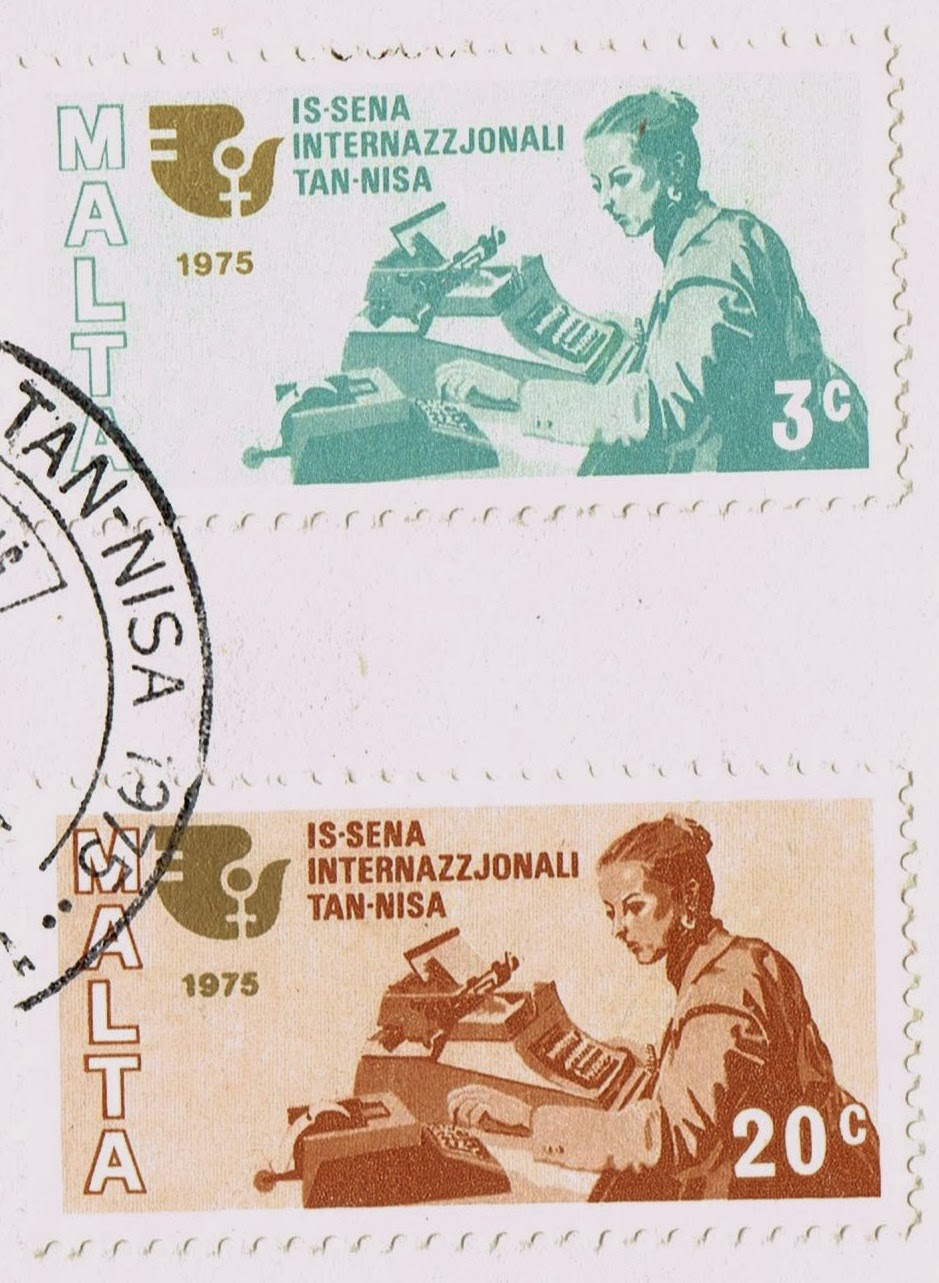 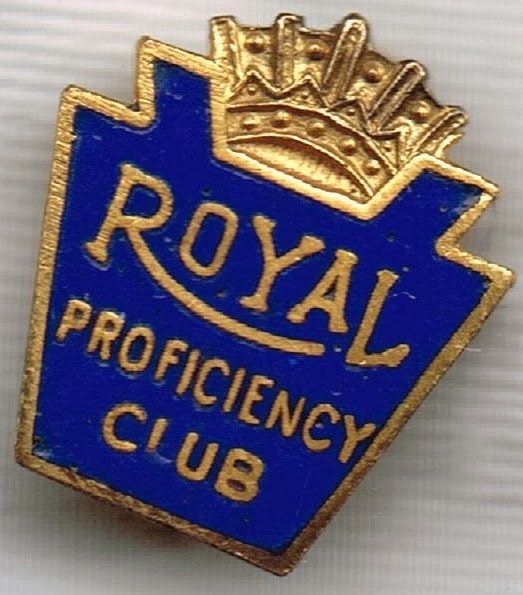 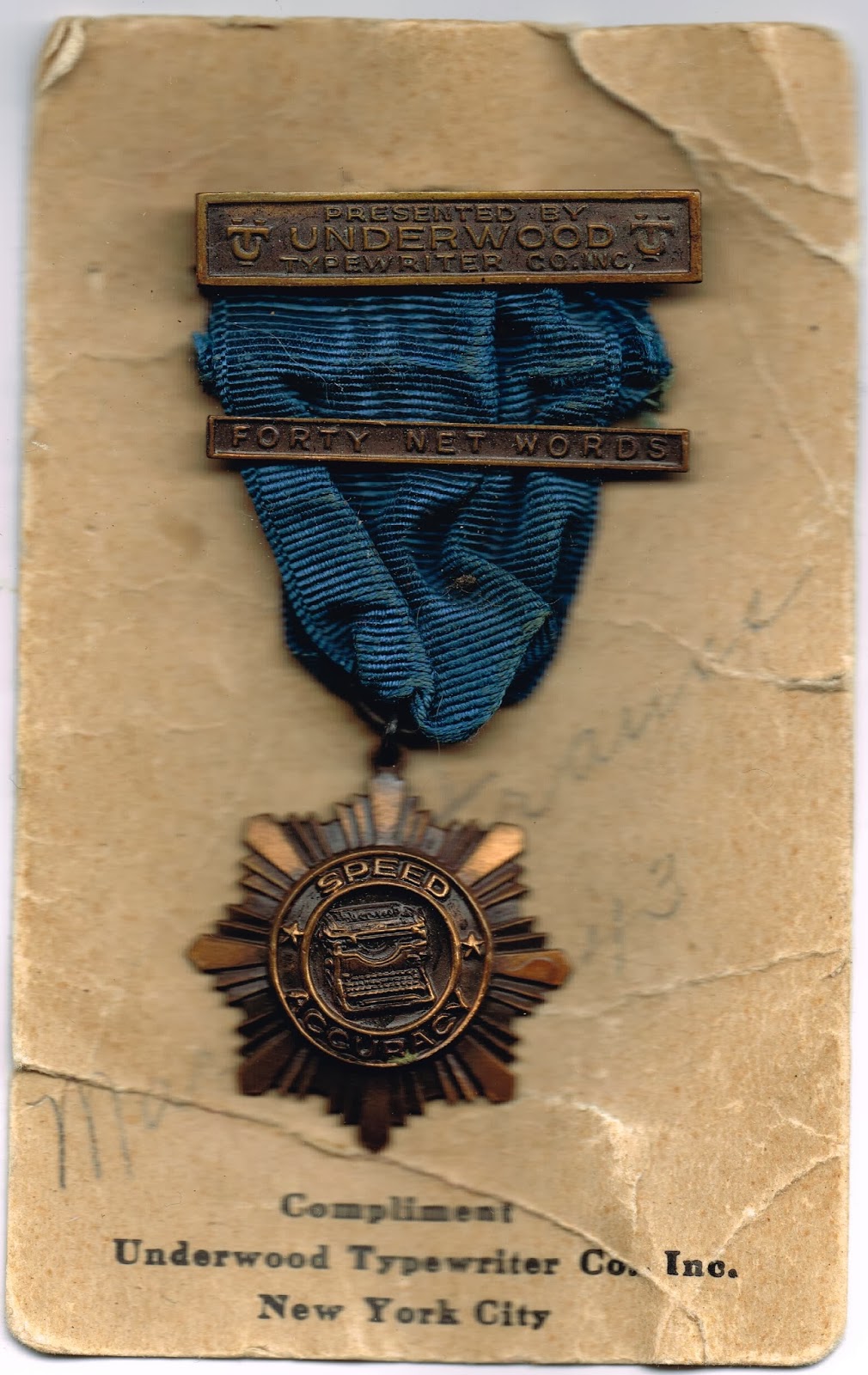 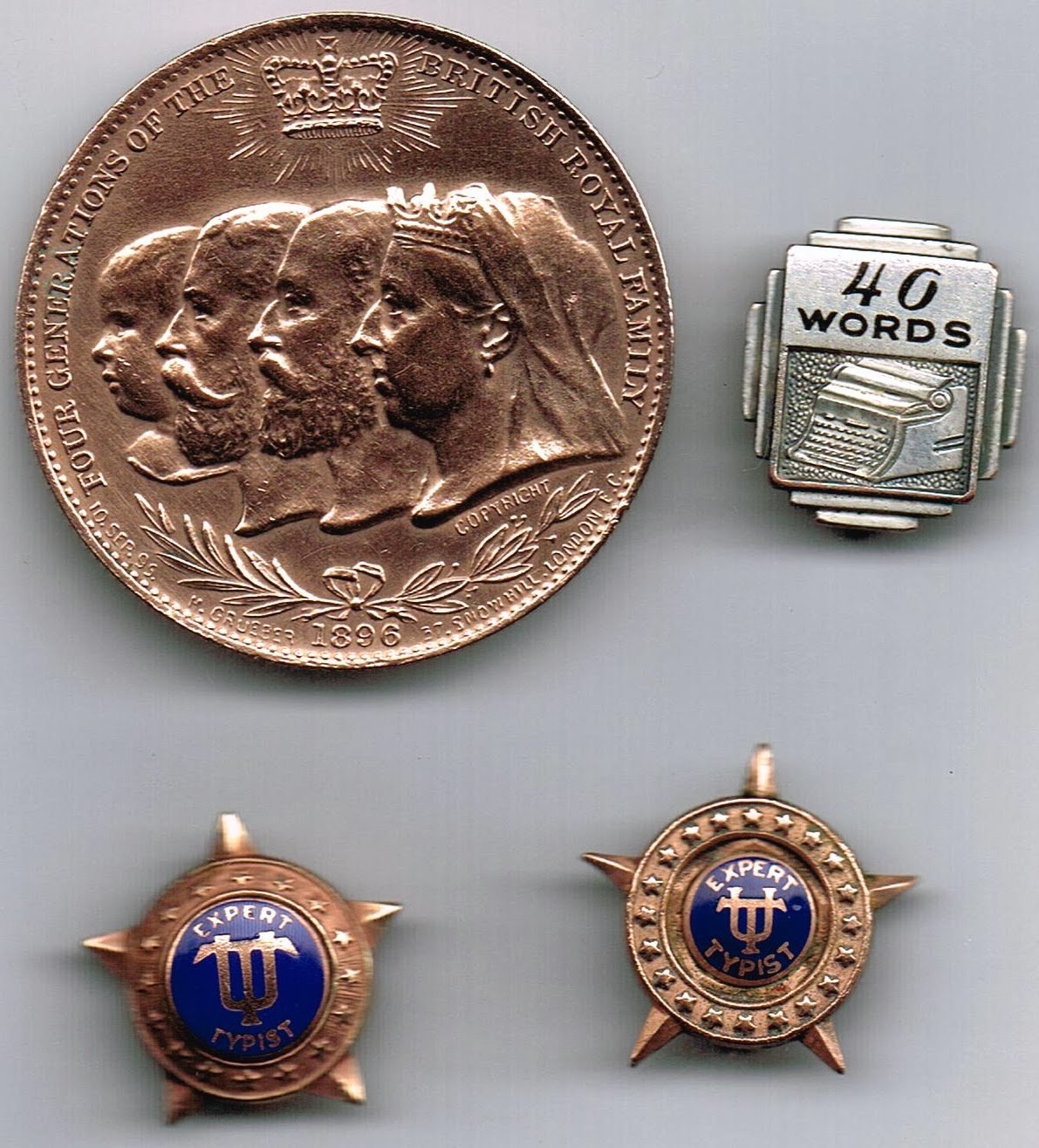 Quite why Remington was marking four generations of British Royals in 1896 I do not know, but William James Richardson had secured British Royal typewriter patronage for Bar-Lock during Queen Victoria's reign and subsequently (after Richardson sold out to the Jardines in Nottingham in 1925) Royal patronage went to Imperial. 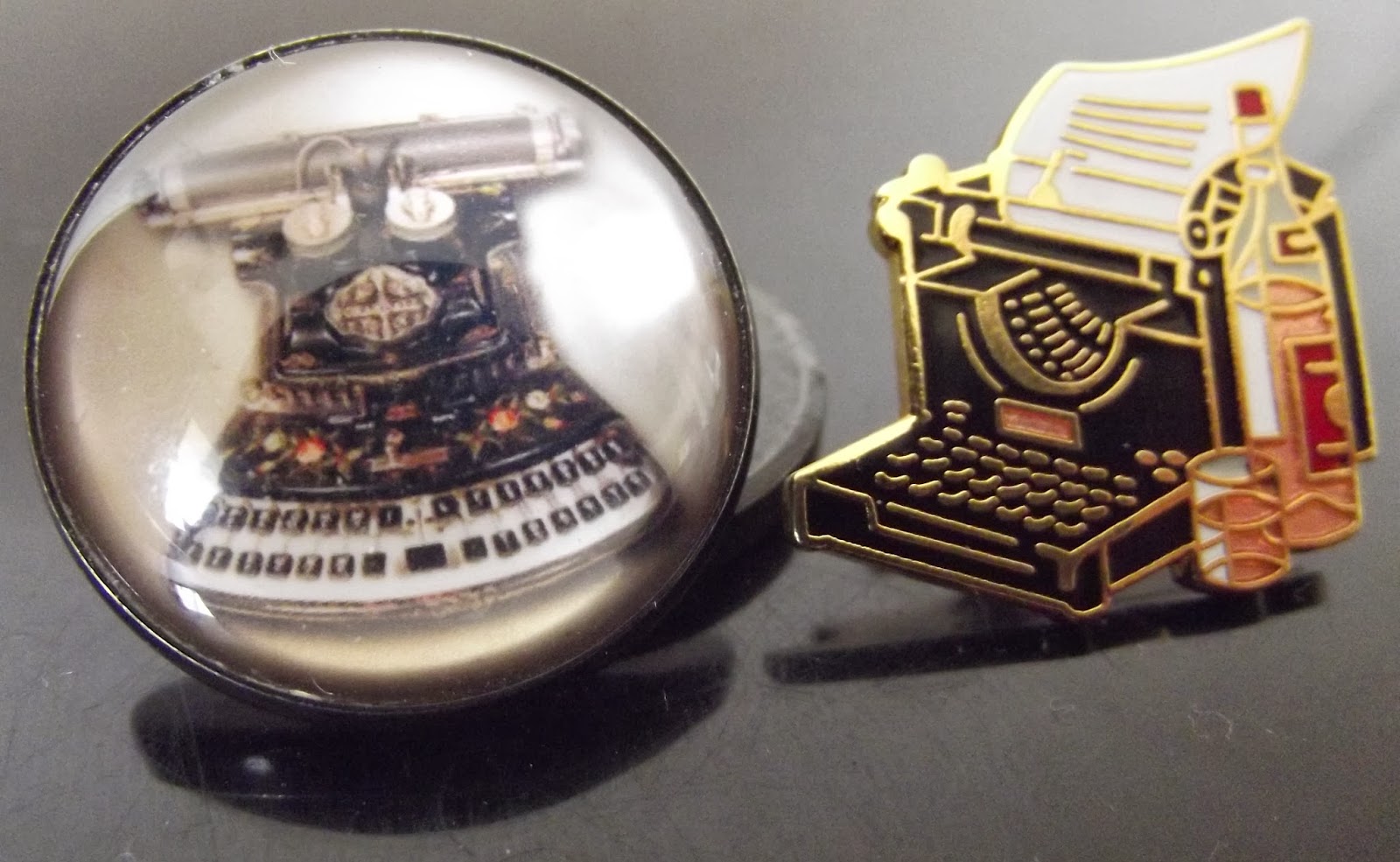 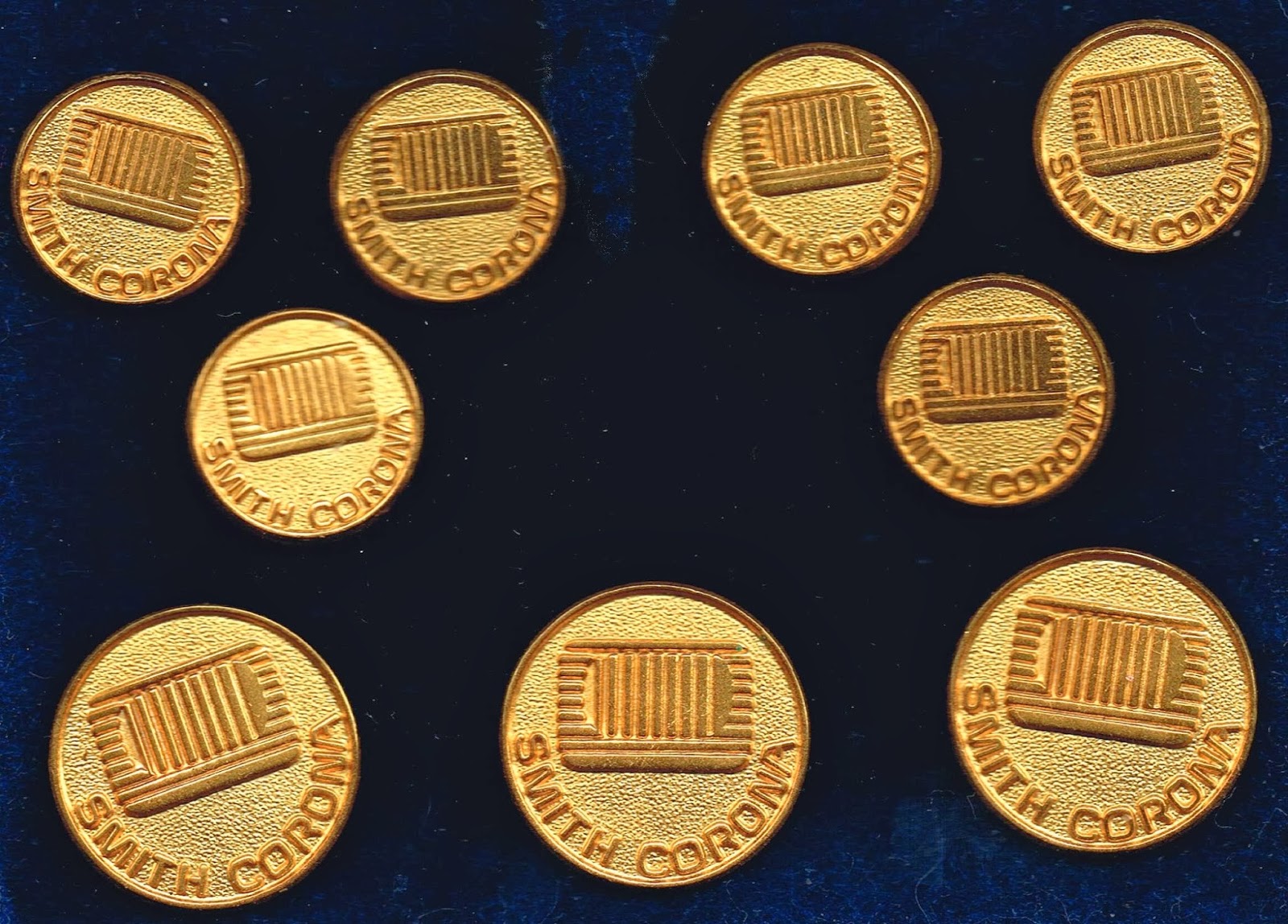 A full set of Smith-Corona blazer jacket and sleeve buttons from Ben Silver of Charleston and London. Maybe they would look nice on my blue velour Cincinnati "pimp jacket"? 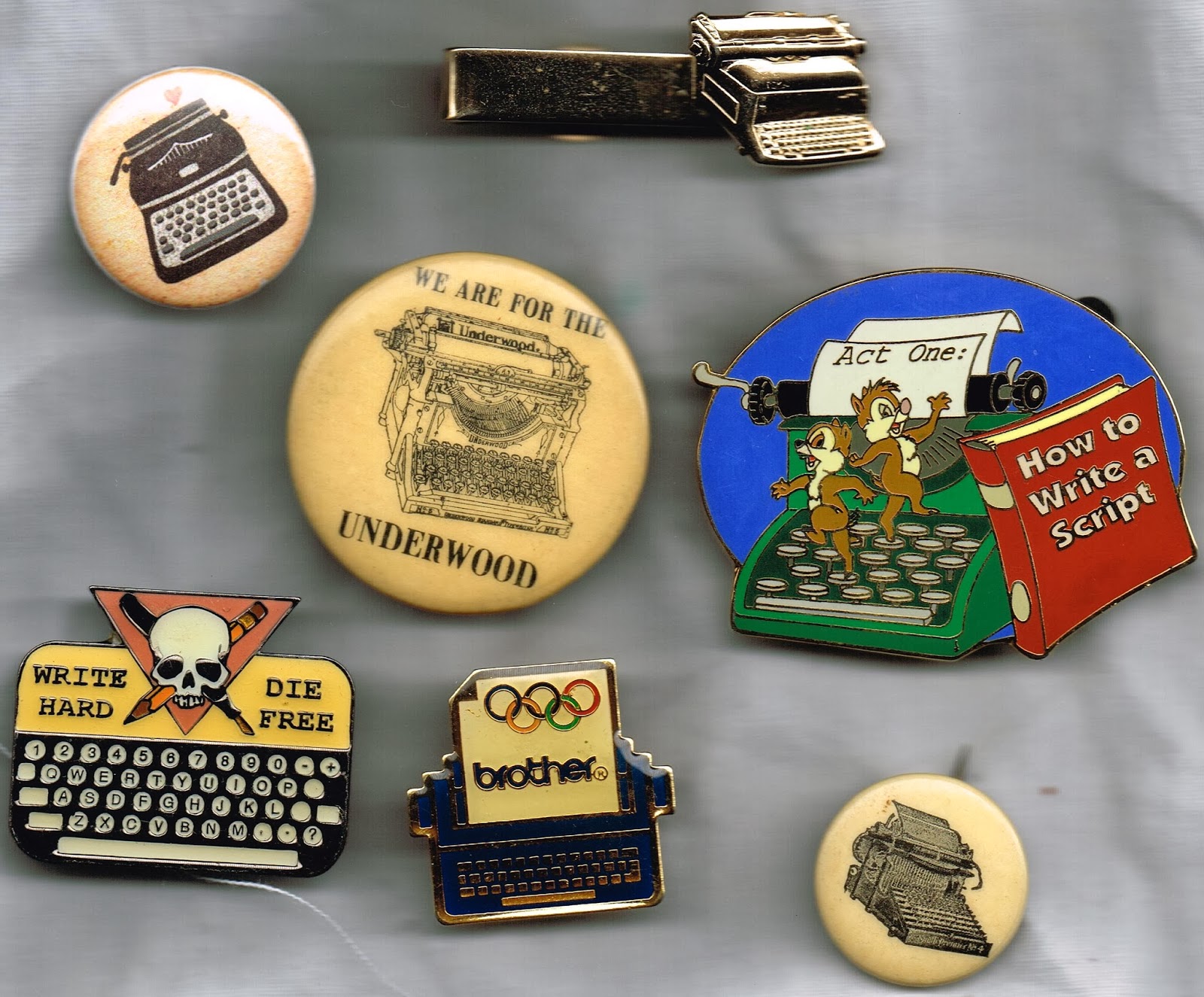 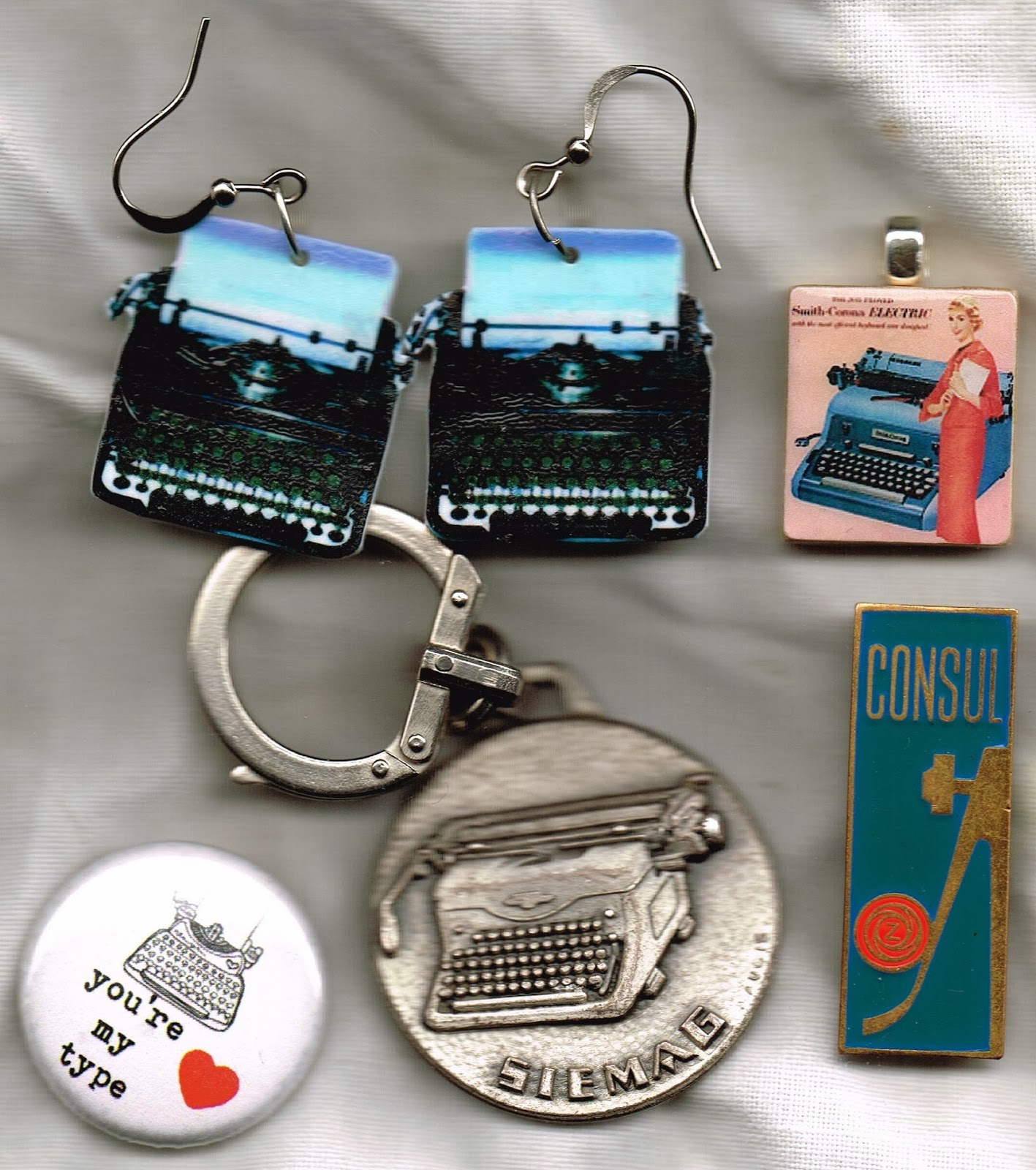 The keyring comes from a typewriter dealer in Algiers. 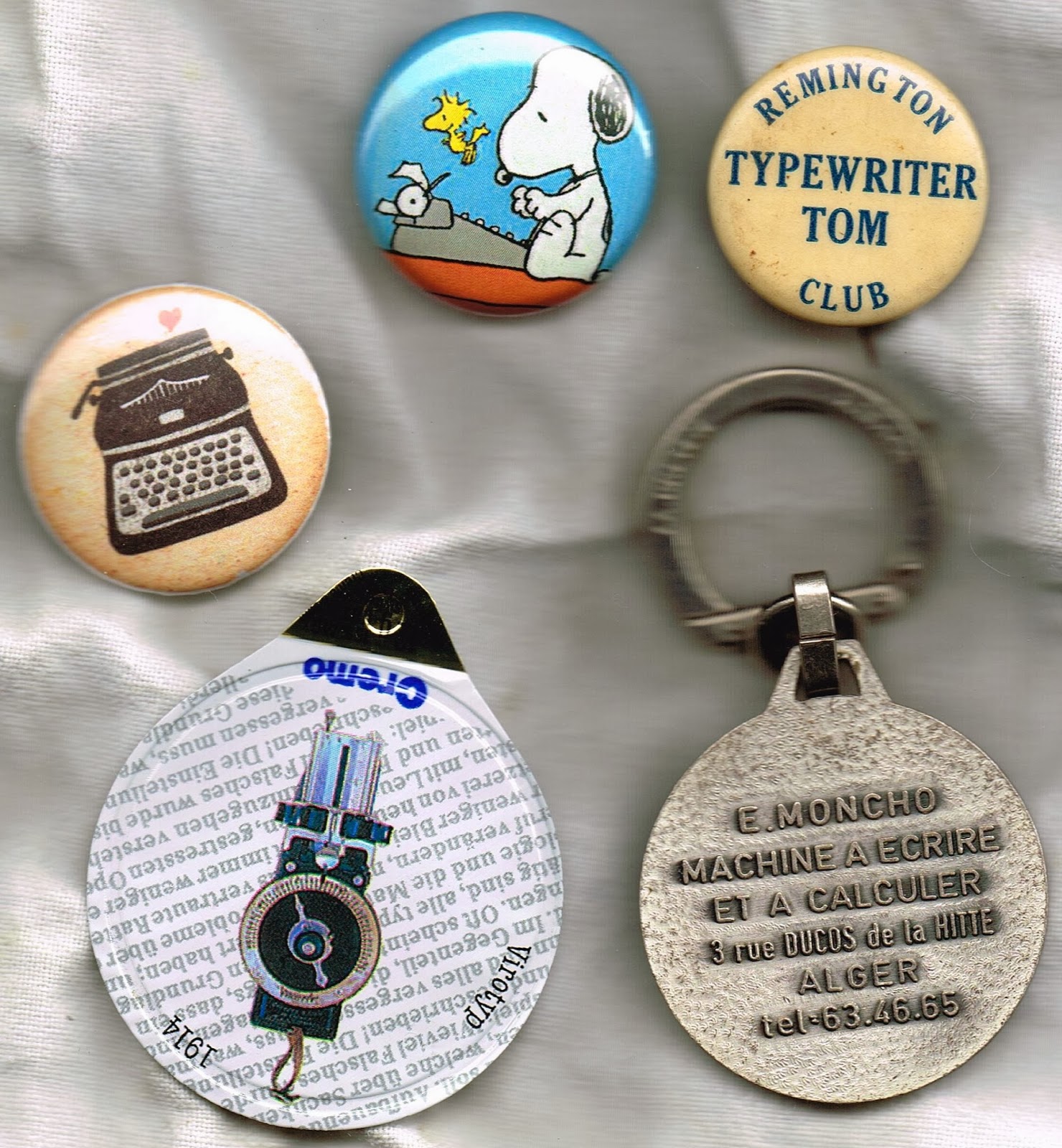 When I posted on typewriter creamer caps and cigar bands a month ago, I was aware there were only 19 creamer caps and thus one was obviously missing. But find it back then I could not. Now that I have come across the 20th in my frenetic diggings, I have included it here.
LETTER OPENER: 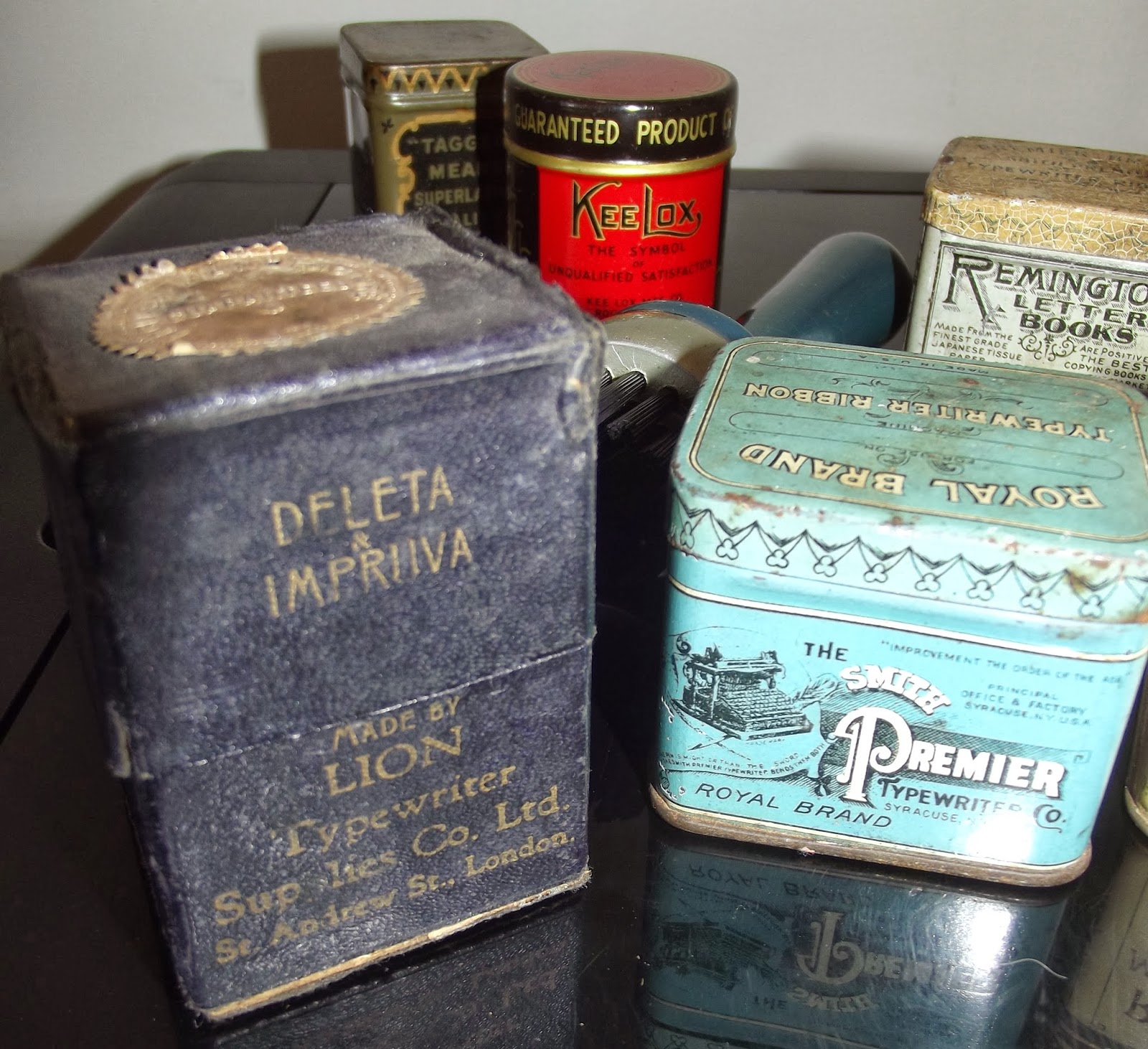 The box at the front left contains two bottles, one of "Deleta" and the other of "Impruva". I wonder if "Deleta" was an early form of "white-out" or "liquid paper", from one of which a mother of one of The Monkees made a sizeable fortune in the 50s? A cursory check on the Internet doesn't give me any clues. The box says it should be brushed on "matter requiring deleting". It is "extremely volatile" and is a "solvent of "Rubbasten" [ink?]."Impruva" is for "improving a badly cut stencil".
Smith Premier's Royal brand ribbon is "not affected by the atmosphere" and "warranted not to smut" [jolly good, don't want to write not smut!]. The cream tin behind it is for Smith Premier "Premier Brand" ribbon, obviously made in the days of the Union Trust. "Remington Letter Books" are made from Japanese tissue paper. .
I suspect the Keelox can contained not ribbon but round erasers. 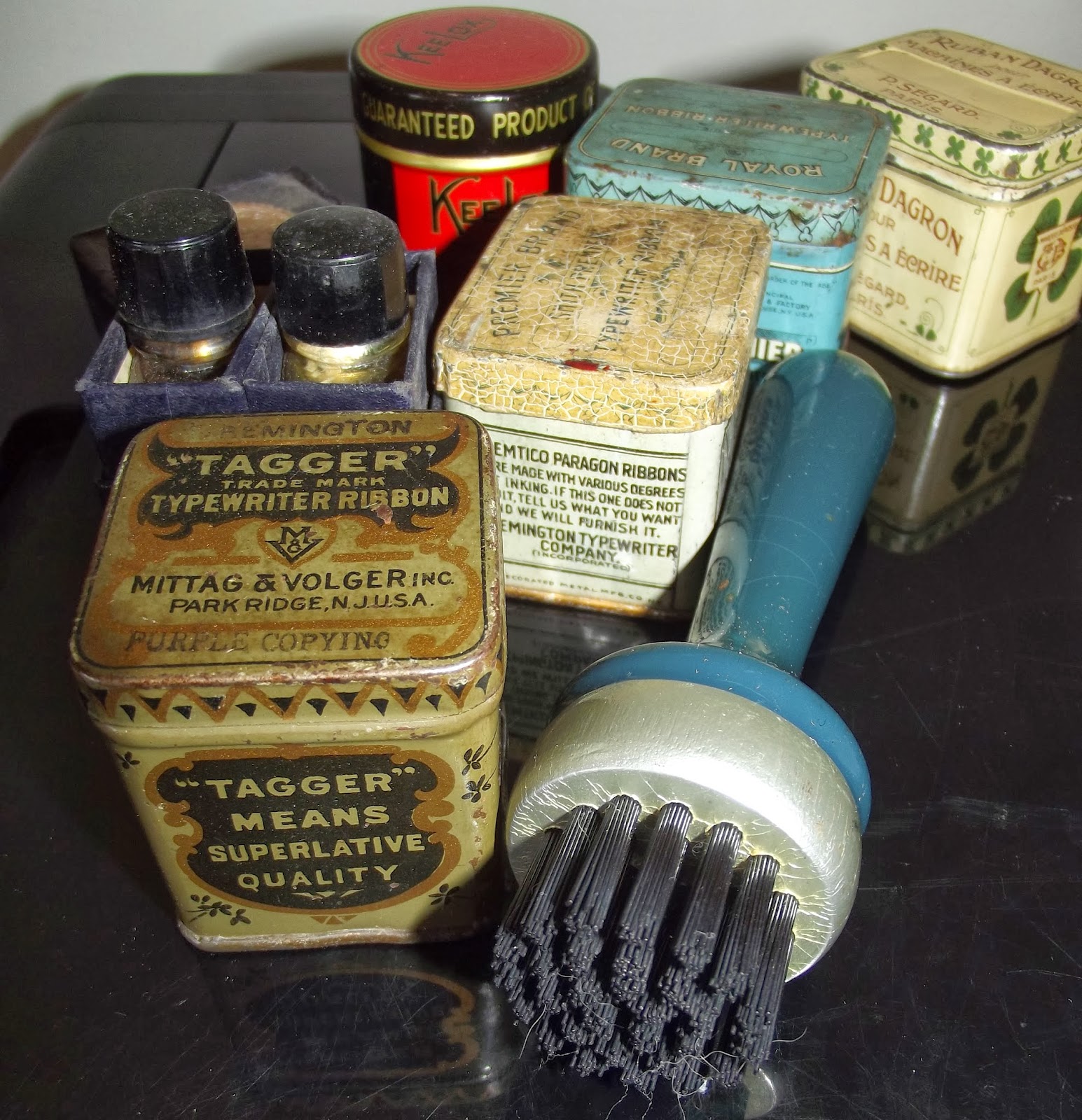 The "Ruban Dagron" (ribbon named after René Dagron?) comes from P.Ségard of Paris. The "Tagger" ribbon from Park Ridge, New Jersey, was "noted for being non-filling, non-drying and absolutely indelible". The ribbon was for a Remington and "purple coping".
Front right is a "Speed-O-Print" "Typewriter Type Cleaning Brush", "brass wire centre surrounded by Chinese bristles" for use on Royals, L.C.Smiths and late model Woodstocks.

The can below contains "L.C.S & Bros Typewriter Oil" - "Will not gum". It is a "Perfect Pocket Oiler". Just what you needed, right? 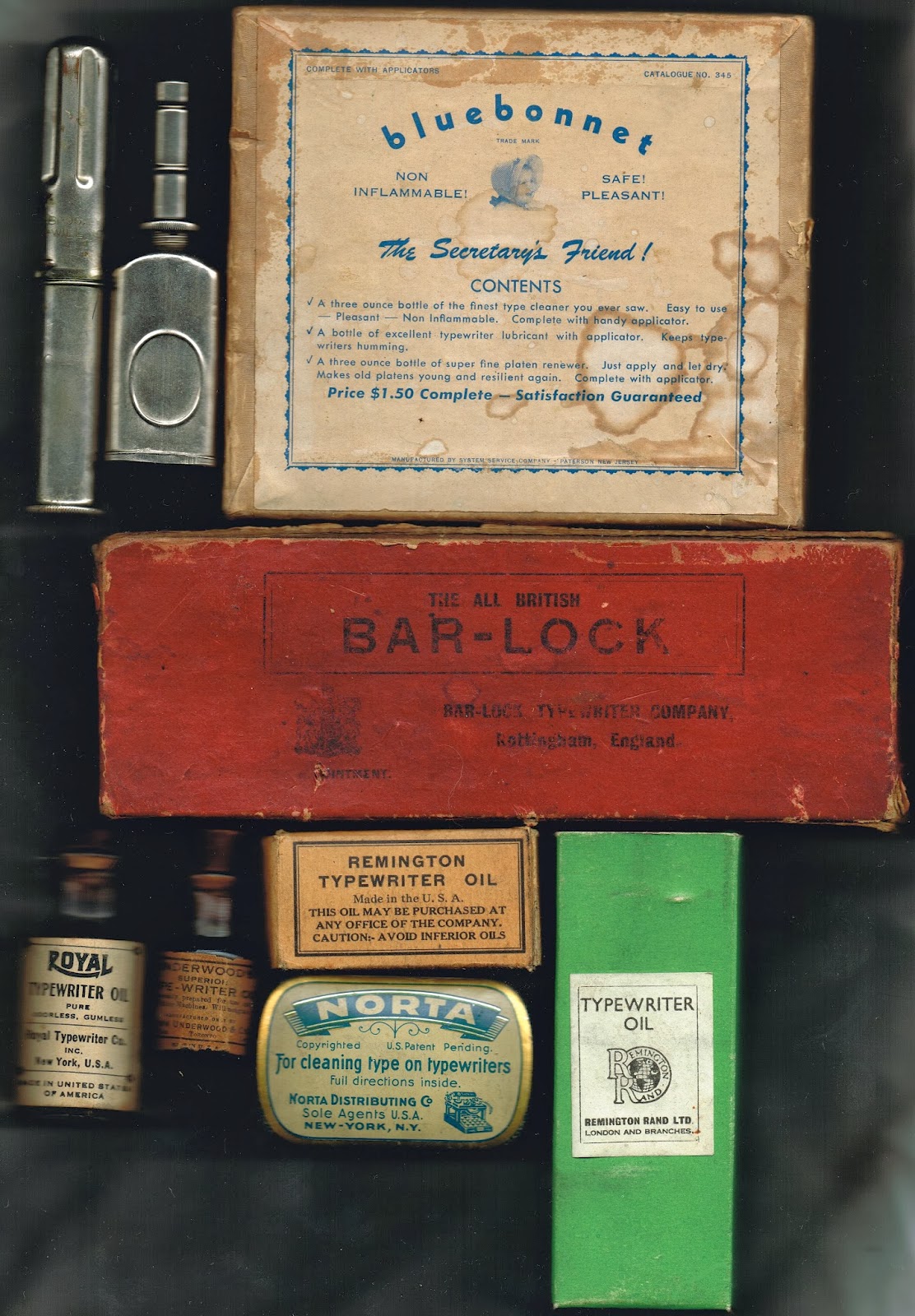 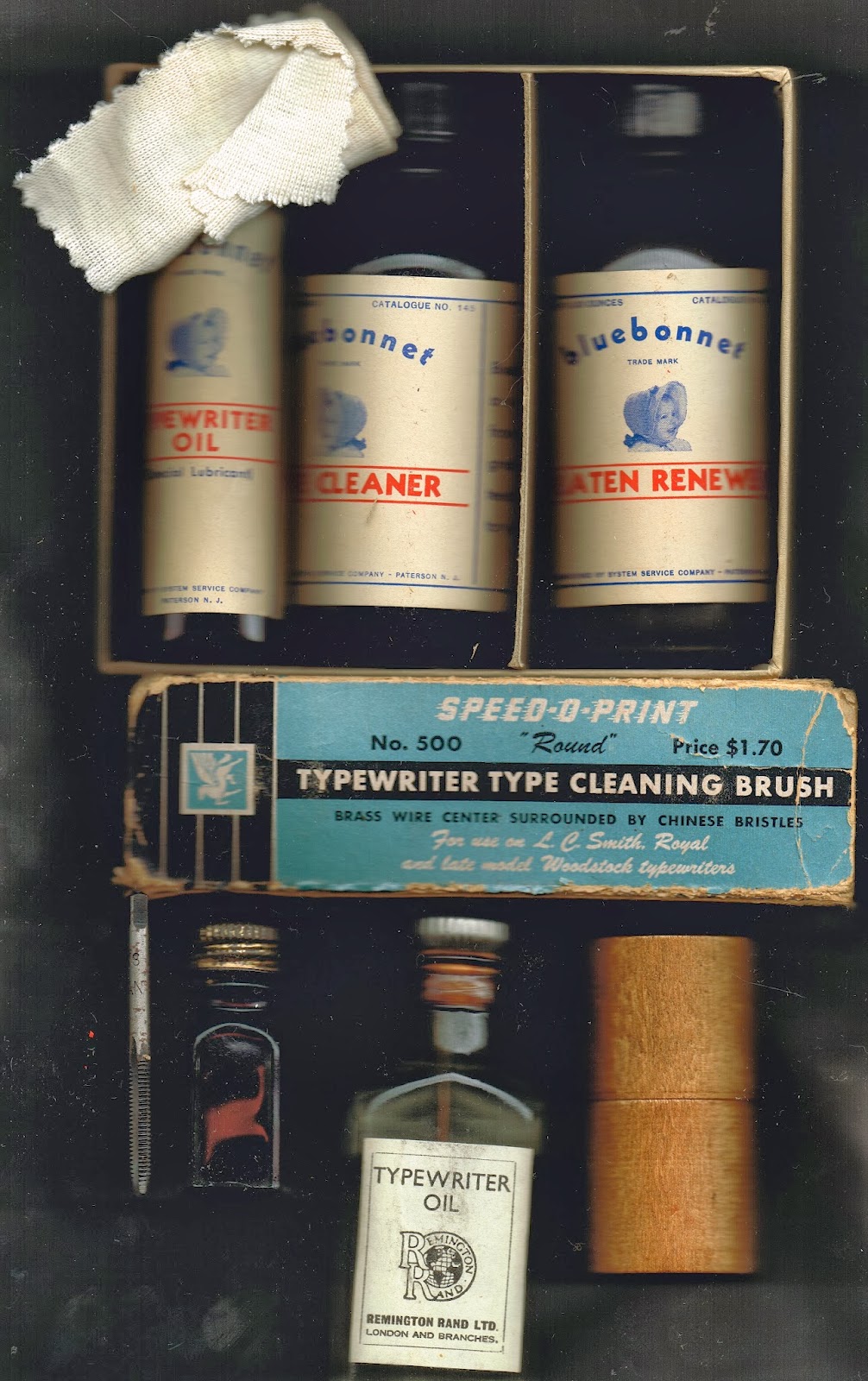 The Bar-Lock box of tools, brush and oil also included the very strange looking instrument (bit?) bottom left. I wonder what it is for?
TYPEWRITER STUBBY HOLDER (From Cambodia): 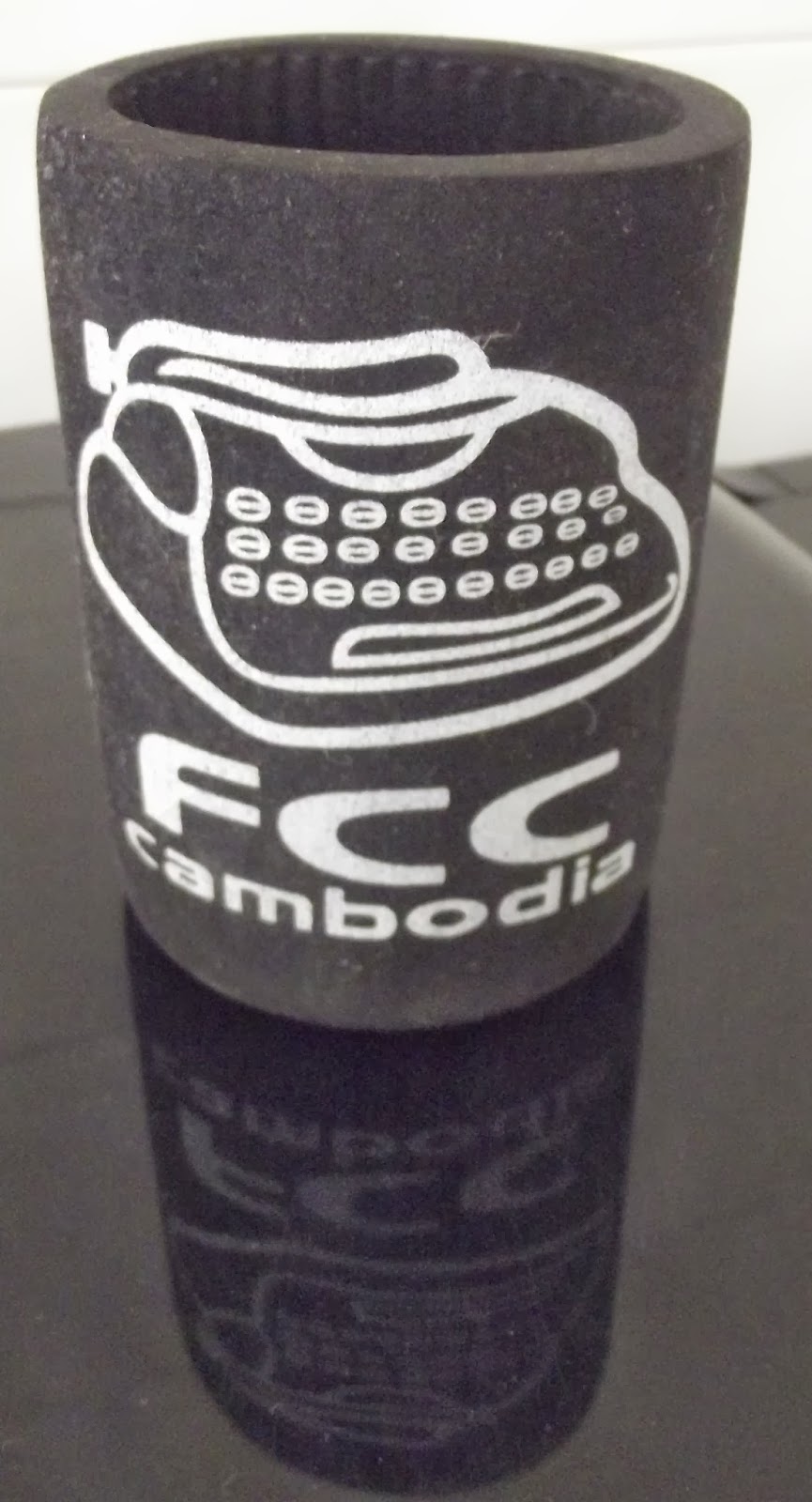 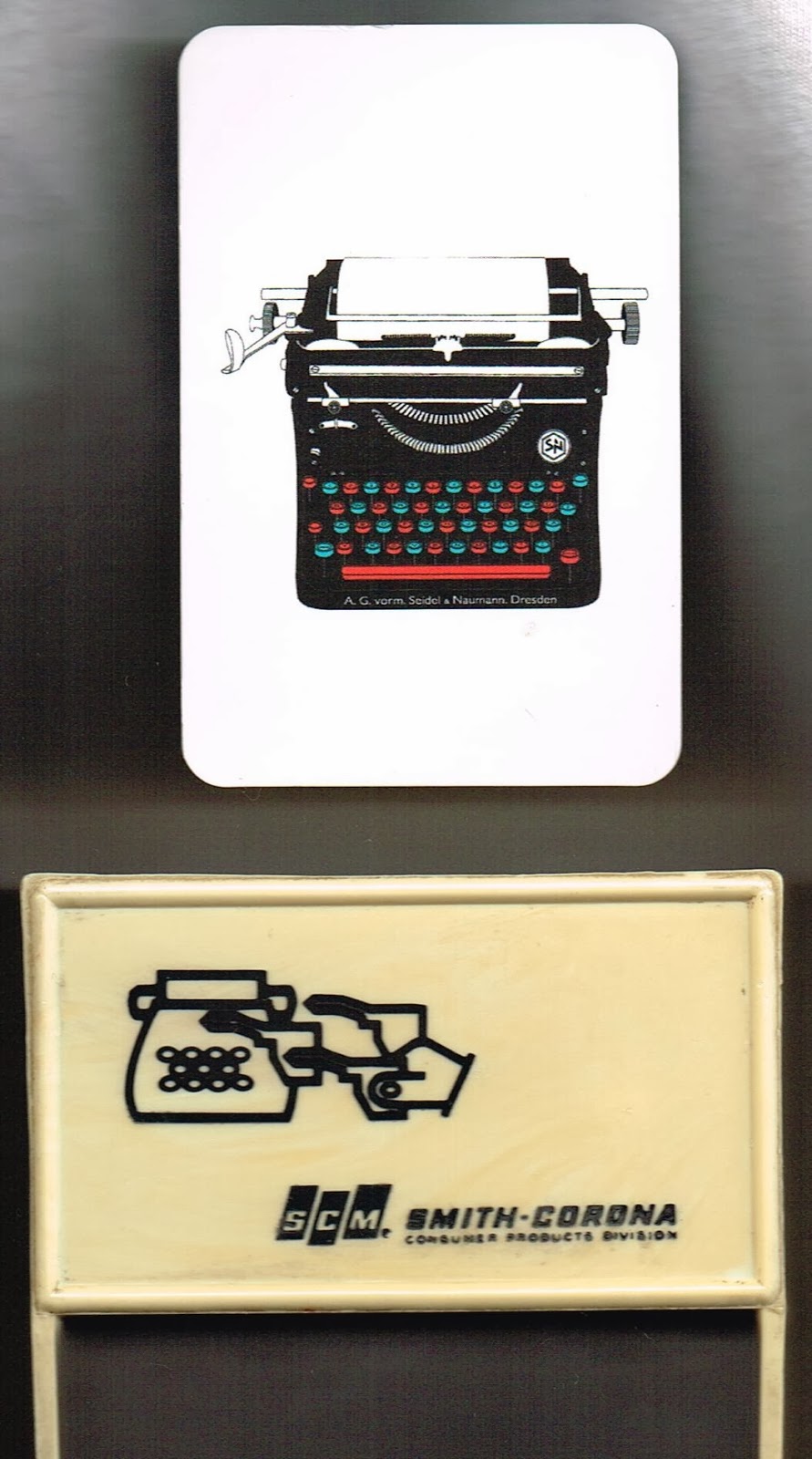 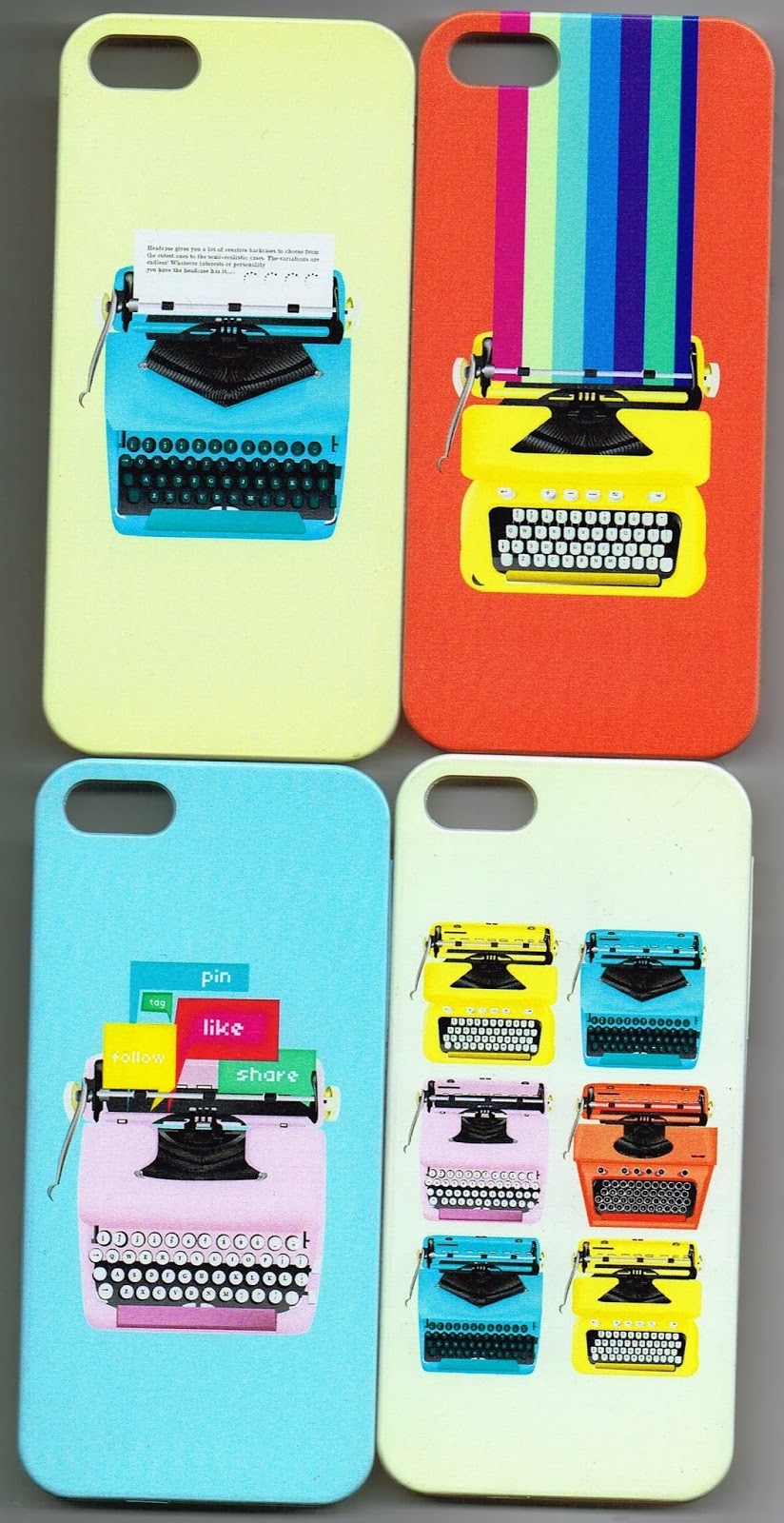 Posted by Robert Messenger at 18:07

Great stuff from a wide range of periods and purposes.

The pin showing a typewriter and a liquor bottle is a funny one. Perpetuating stereotypes about typewriter users! I think I need a drink.

Typewriter tins are fantastic, but I'm even more in love with these big tins and oil bottles!