The Czech Optima Typewriter, a Consul in Disguise 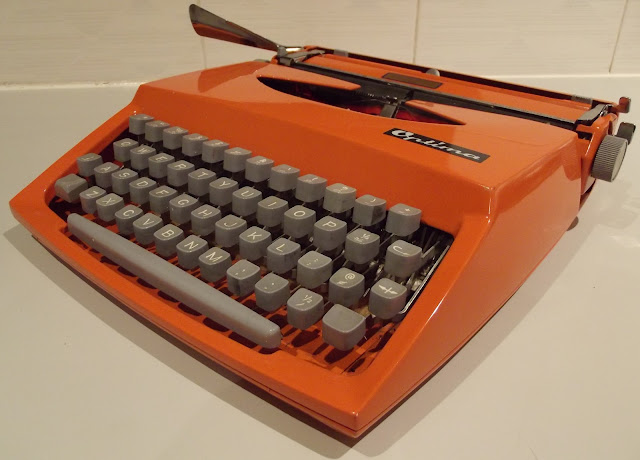 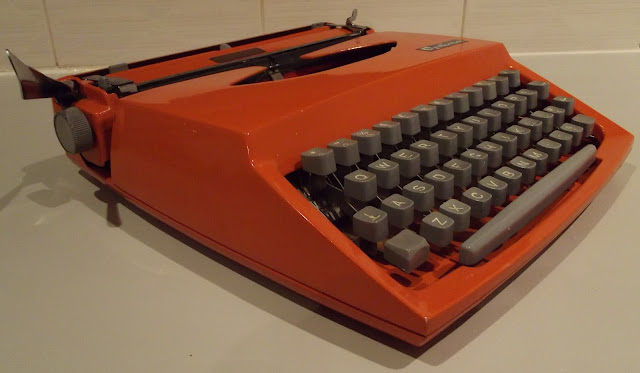 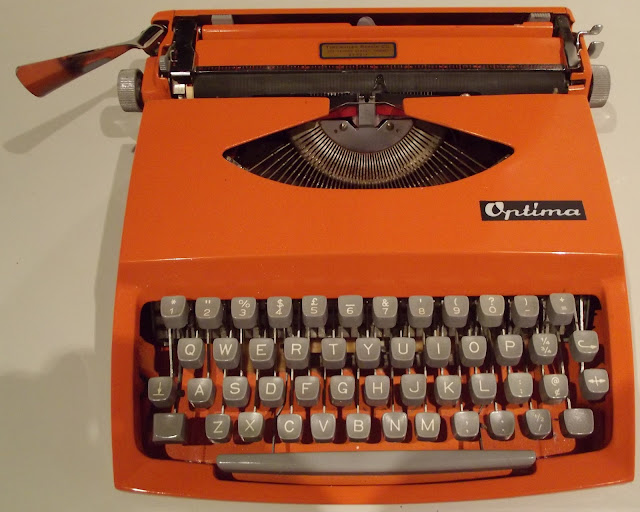 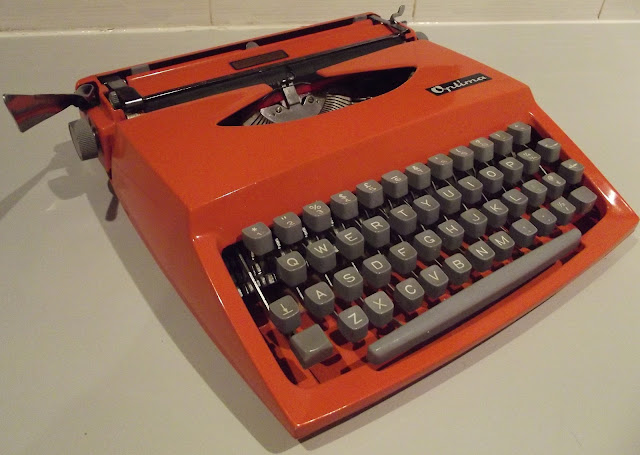 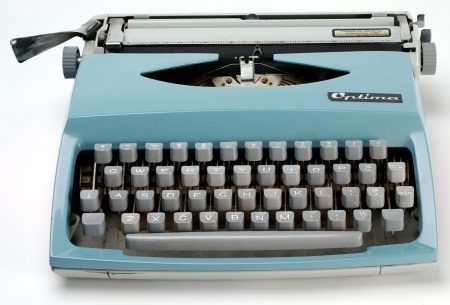 Patrick White's Optima at the New South Wales State Library. I think one can make out the name "Optima" fairly clearly. White (1912-1990) won the 1975 Nobel Prize for Literature. 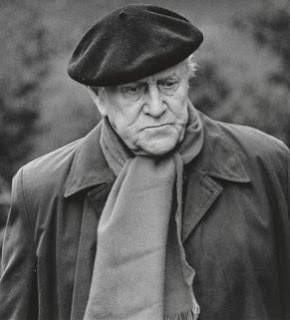 Below, the Optima-Consul on White's desk 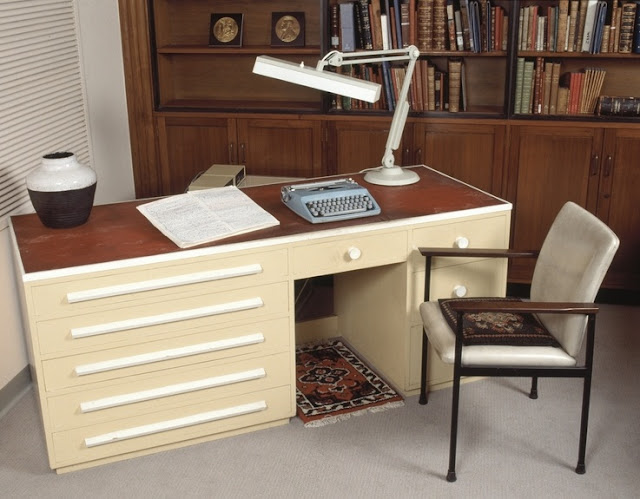 Patrick White's desk was built in 1947 by cabinet-maker Kenneth John Jackson of Jim Jackson and Sons, 45 Victoria Road, Parramatta, Sydney. Jackson followed the design of the desk from a Francis Bacon sketch which White supplied. 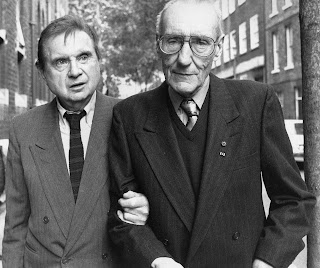 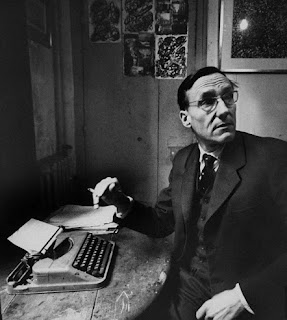 Burroughs with a Hermes Baby and Bacon sketches,
but no Bacon desk
"When White set up flat in London in 1938, he had a friend, the then little-known painter Francis Bacon, design a desk that was the last gasp in modernity - sleek, long lines ... When [White] and Mr Lascaris moved back to Australia ... he left the desk behind"
So White got Jackson to make him another one. A "blue" at the Mitchell Library

Posted by Robert Messenger at 00:34

I always learn something from your blog. Francis Bacon designed furniture?!

You've got to wonder about the eyesight (or dyslexia) of the curators who called White's machine an Olivetti.