Life With The Olivettis: Inside a Typewriter Empire 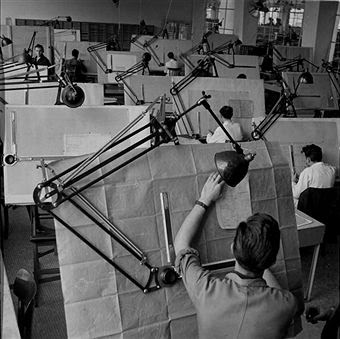 Here is the drafting room at the Olivetti typewriter plant at Ivrea in Italy in August 1947. 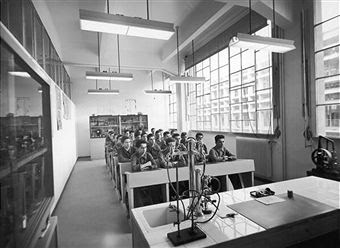 In 1955, apprentice typewriter mechanics sit in a classroom at the Ivrea factory. 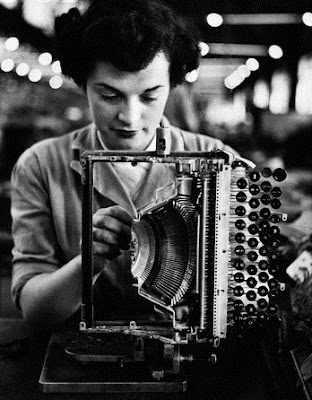 Also in 1955, Una Cochrone, of Airdrie, assembles a typewriter in the British Olivetti plant on Glasgow's Queenslie Industrial Estate. 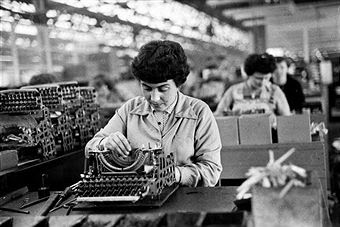 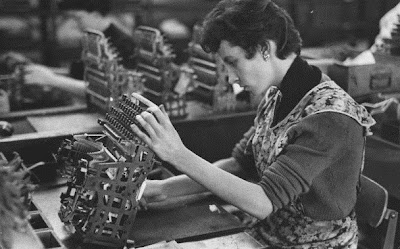 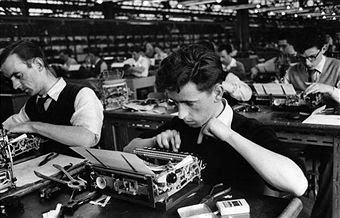 The factory was described as “highly modernised and makes machines primarily for export to Australia, New Zealand and Africa”. 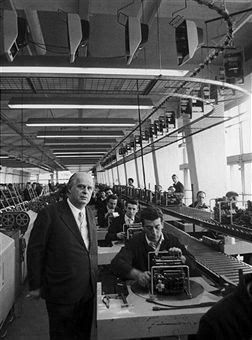 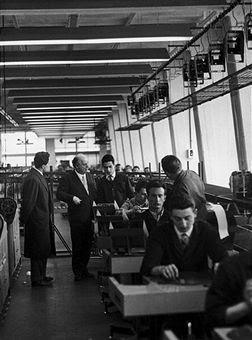 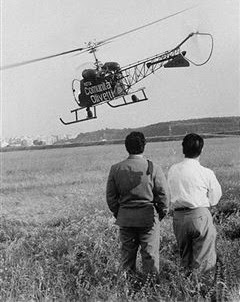 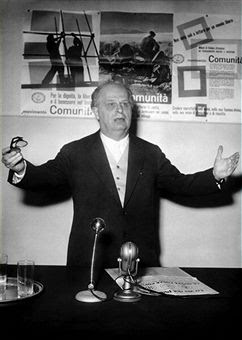 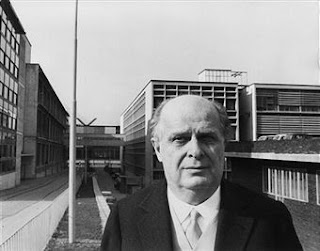 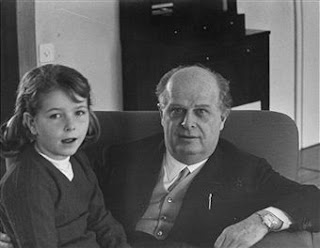 Adriano Olivetti was kept busy outside the Ivrea factory, as he was campaigning for his newly-formed comunità (“Community”) political party.  The party’s platform reflected Adriano’s “enlightened approach to employment and concern for his workers”. 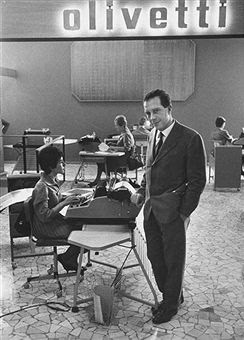 After Adriano's sudden death, Roberto Olivetti represented the company at the 1960 Milan Trade Fair.
Below, the massive typewriter factory in Ivrea: 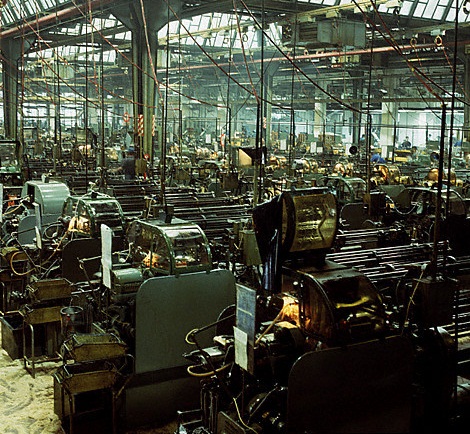 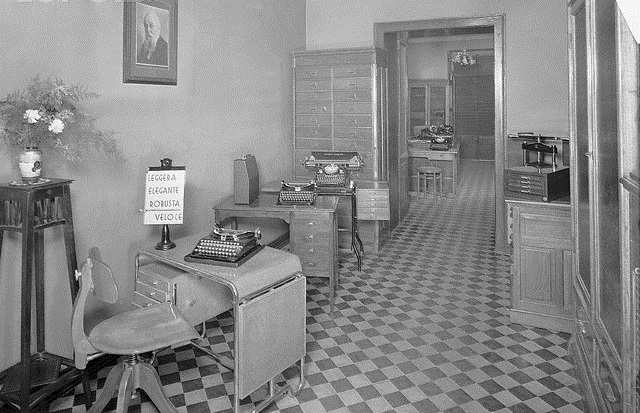 Above, back in 1938, here is a typewriter display in an Italian Olivetti showroom.
Posted by Robert Messenger at 23:11

Thank you for another wonderful story. I have no idea where you get all this information and beautiful photographs but I can't wait to read them. Count me amoung the many Olivetti fans!

Wow, I love the furniture in that 1938 picture.

From all I've read it seems that Olivetti was a very forward-thinking company, particularly in its concern for its workers' mental and physical health.

This is fantastic, many thanks for sharing this with us. I've been looking for material on Olivetti so this is just perfect.

Especially like the little screwpress in the corner of the last picture.

Very wonderful post. It would be nice to be a time traveller and go back and visit some of those places. I like the furniture also. Olivetti must have built neat huge buildings wherever they located.