Back in the late 1950s, an Australian journalist, John O'Grady, decided to pretend to be an Italian sports writer called Nino Culotta who had immigrated to Australia with his Olivetti Lettera 22, to live in Sydney and acclimatise, to learn our lingo and our customs. It's one of the funniest books I've ever read. It's called They're A Weird Mob. And we are ...
On the weekend there was another flurry of unusual typewriter buying activity on Australian eBay. Yet again, I was left scratching my head. One thing I do know: typewriter prices have skyrocketed in this country. How long will it last? Will they keep climbing? Surely not. Although, it has to be said, the small group of eBayers outlaying these extraordinary sums for typewriters are, in the main, "newbies", apparent eBay newcomers all with records of less than 10 feedbacks. Maybe a new breed of typewriter collectors has emerged!
This Czech Consul sold for $202.50! 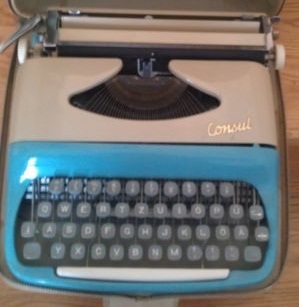 Days earlier, I had bought the very same model, as a Hanimex, for $9.99. This is what it looked like on eBay and below it is what it looks like now, five minutes after arriving in my house. Tell me where the difference of $192 lies? In the name?: 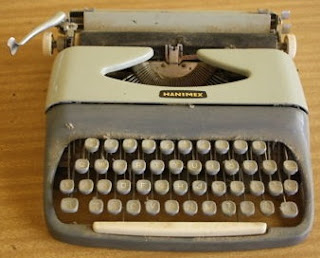 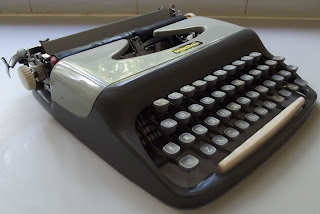 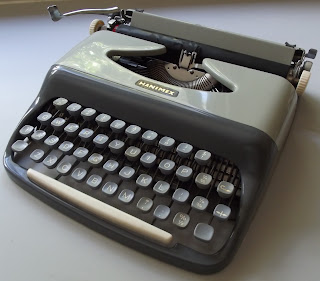 While on Czech typewriters, this Norwood cost me 99 cents. The seller wouldn't accept a cent more for it: 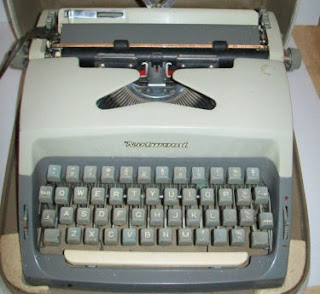 Last week I mentioned some inordinate prices paid for orange Adler Contessas - Adwoa agreed with me that they're not much chop. Anyway, based on what had happened with the previous two, this seller might have expected more than $65, but it was passed in. Maybe if the seller had held the camera a little steadier, it might have sold: 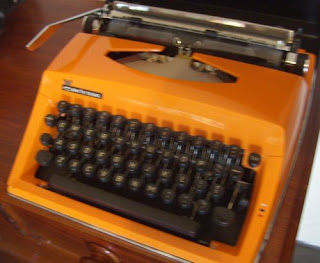 But the recent high prices seem to have filled some typewriter sellers with undue optimism. This Nakajima Adler (or is it Silver-Seiko?) is listed for $145 or buy it now at $300: 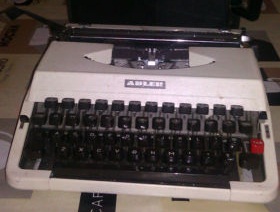 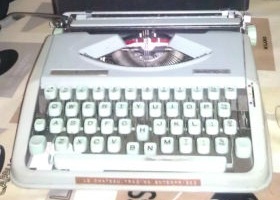 Someone listed a Smith-Corona Silent for $250 or buy it now for $1000, but it quickly disappeared. I wonder if a sale was negotiated? 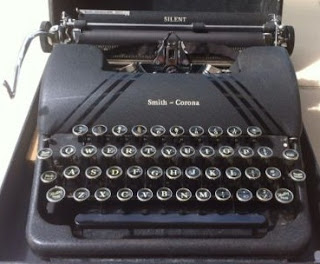 One seller offered a salmon-coloured Lettera 22 for $39.99, quickly withdrew it and re-listed it with an extra digit: $139.99. It didn't sell. The rusted Remington I mentioned last week, with $45 on it, also promptly disappeared. The Royal Junior I bid on a few days ago failed to sell with a $180 buy it now tag.
Taking of pink, I've decided to call this colour "puce". This sold for $142: 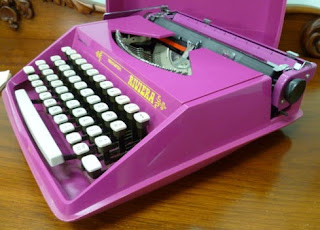 An Arabic keyboard "Continental" - I can't recognise the make, but I think it might be a Brother - sold for $25: 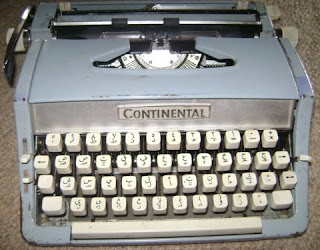 While on foreign keyboards, a truly remarkable $122.50 was paid for this Maritsa 12 (Mopuuo) with a Russian keyboard: 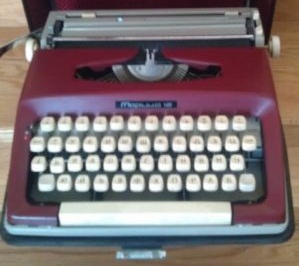 And an even more remarkable $132.50 was paid for this Maritsa 11 - it would have more value if it was labelled a Maritsa! 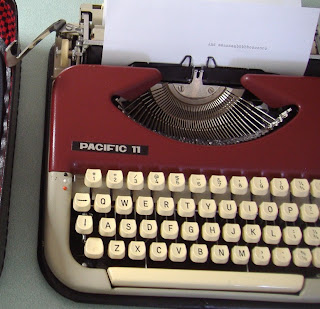 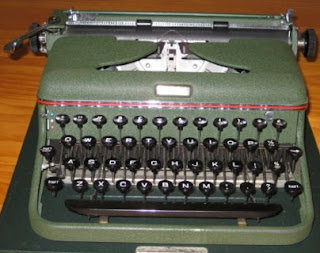 This Imperial standard sold for a healthy $100, which will please Richard Amery: 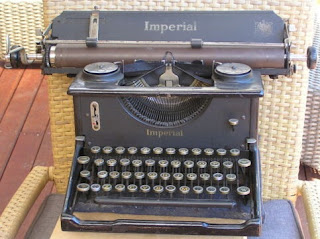 And Derrick Brown's Remington 5 sold for $306.
But the buy of the week - and I'm deep green with envy - was definitely a Klein Torpedo. It went for $250.30 the day after I'd featured Torpedos like this one, which was originally sold in Copenhagen (Richard Polt has the same model in his collection): 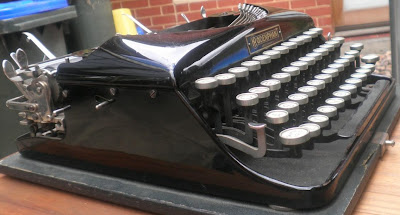 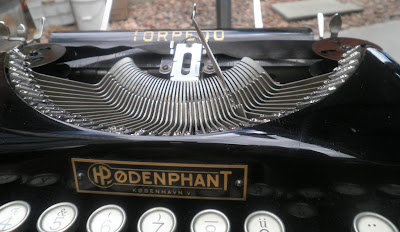 Posted by Robert Messenger at 15:49

That's a very fine Torpedo! The paintwork has been nicely preserved.

And I think the "Pacific" Maritsa would have fared even better if labelled Princess!

It is a bit alarming how quickly typewriter prices are rising in Australia... the first Consul you pictured, with the two-tone color, is rather common on eBay Germany for a few euros, German keyboard and all. At least for now...

Well, I just visited the site of a young typewriter collector who's priced his machines mostly for $25 to $50.

I promptly em'd him and said, "Young man, double all your prices immediately, although I would like to buy two machines first--if you like!"

I am the buyer of the two toned consul mentioned and was amused by your blog about my weekend purchase enought to want to respond.

I'll be honest... I paid that much for this model because I liked the styling. I have been looking for a portable typewriter with similar styling for on eBay and vintage shops in melbourne and can only usually find the common olivettis. I think I can also probably help you put with wondering why the prices of typerwriters have gone up... Because of their popularity in use at weddings. I am getting married soon and have seen a lot of them in vintage/rustic weddings being used or guests to type wishes. When I started looking around 6 mths ago my local lost and found shop had heaps... Next time i went in they had 2-3, last time none.

I do believe I def paid for the look of the typewriter - I am at peacr with that, and had planned on using the typewriter at home for display and use on craft projects rather than my wedding. High price paid but I am happy with it....I am not a collector so this will be my one and only.

Thank you for those comments, most enlightening about weddings ... I have mentioned this trend in the past on this blog. In fact, I gave an orange Adler Contessa to a workmate who was getting married - she wanted to type invitations with it. Interesting development ... Best wishes for your upcoming wedding on this, St Valentine's Day 2012!

A trendsetting friend of mine had typewriters on every table at her wedding back in the mid-'90s. Now it's become a popular form of guestbook on every continent, it would seem!

Thanks for these ebay wrap ups! I've bid on a handful of these items, but it is interesting to see your analysis of how these sales are progressing. Something I never see elsewhere.

Thanks! It really is interesting

Thanks Scott. Some of the time I am secretly lamenting lost opportunities. Most of the time I am genuinely alarmed by the way prices have got out of control, even by unsuspected forces such as weddings. But I console myself that as values go up, so does the overall value of my collection. Not that I would sell any typewriters, but it's nice to know it's increasing in worth by the day!