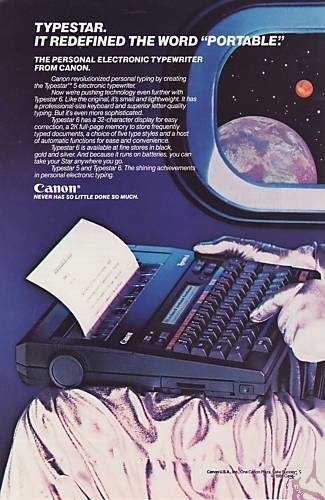 This futuristic Canon Typestar ad, with its boast about re-defining "portable" for typewriters, coupled with Richard Polt's post about the pocket typewriter, got me thinking about the Standard Folding Typewriter. 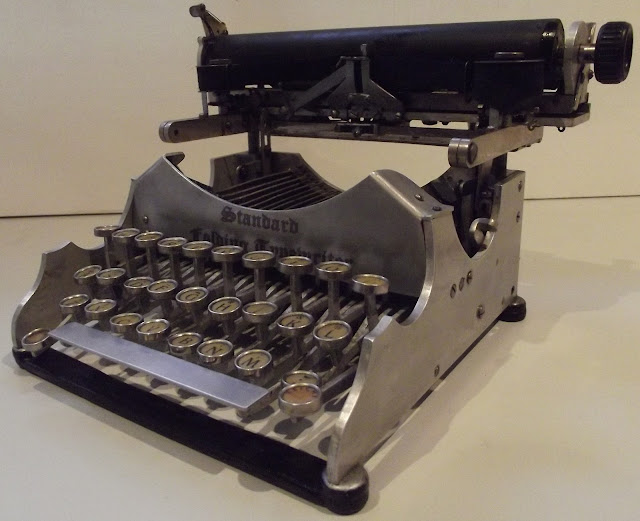 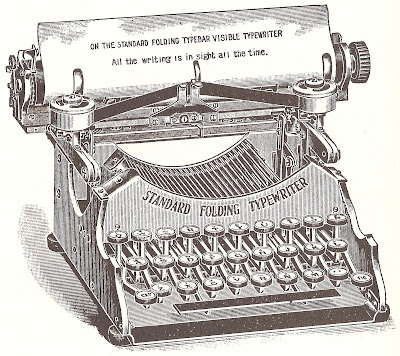 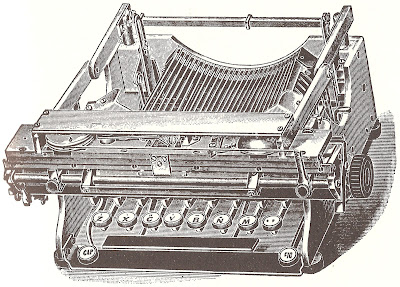 The Standard Folding was invented by Franklin Sebastian Rose, of Newark. He applied for the patent 109 years ago last week, and it was issued on March 8, 1904, 13 months later. 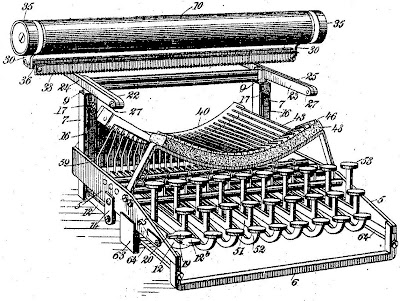 It was Rose who first defined "portable" in typewriters.

His aluminium machine weighed just 6lb, and its folding carriage made it far more portable than any other typewriter to that time. The Blickensderfer 5 of 1893 weighed about the same, but was carried in a heavy box. 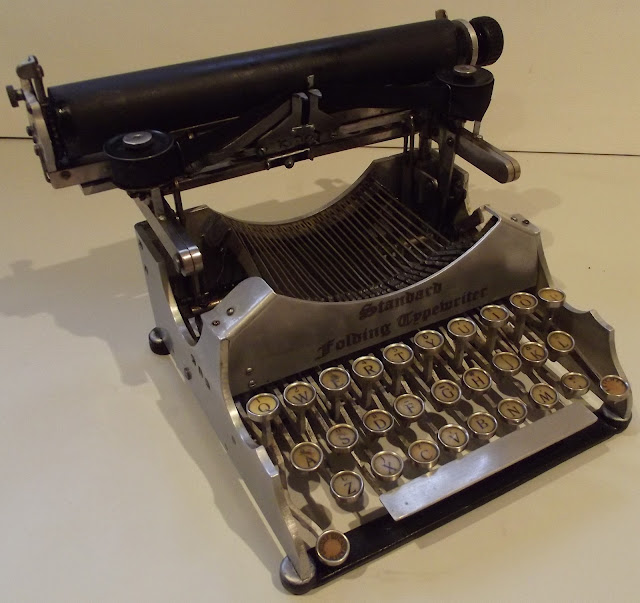 Until this post, very little has been known about Rose's life. He was born in Cobleskill, New York, on June 16, 1856, the son of a farmer, Anson Rose, and his wife Catharine Shank [Schenck](the daughter of Sebastian Schenck and Maria Shaver Schenck). Frank worked on his father's farm and on July 25, 1877, married Catherine Marcley (born February 5, 1856; died July 29, 1942). On August 1, 1878, they had a son, George Francis Rose. By the turn of the century Frank Rose had moved into the city and was describing himself as a "model maker". 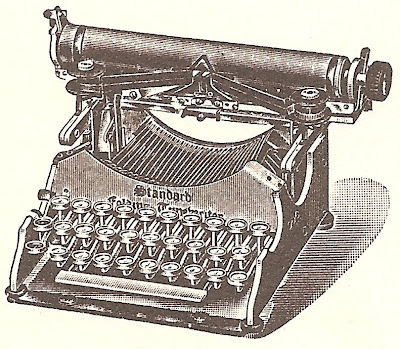 By the time he took out his patents in 1904, both in the US and Canada, he was just Frank S. Rose. 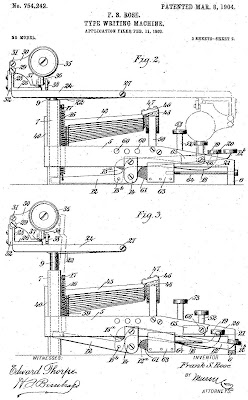 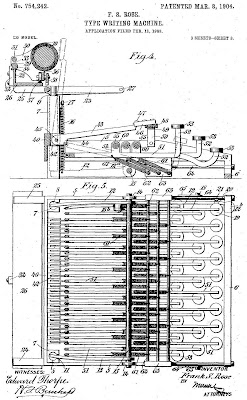 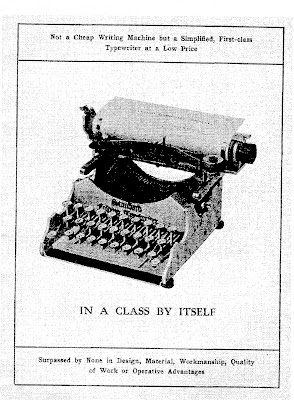 Anyway, getting back to the Canon Typestar ad making me think about the Standard Folding. I decided to put the two machines together to see how Canon's ad held up. 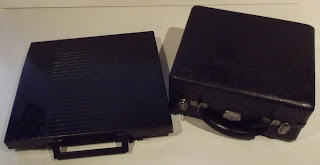 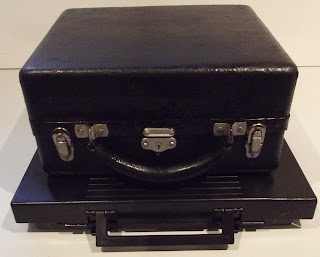 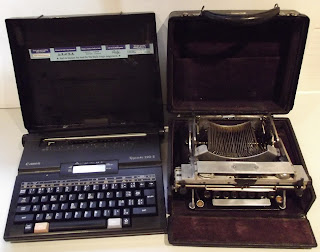 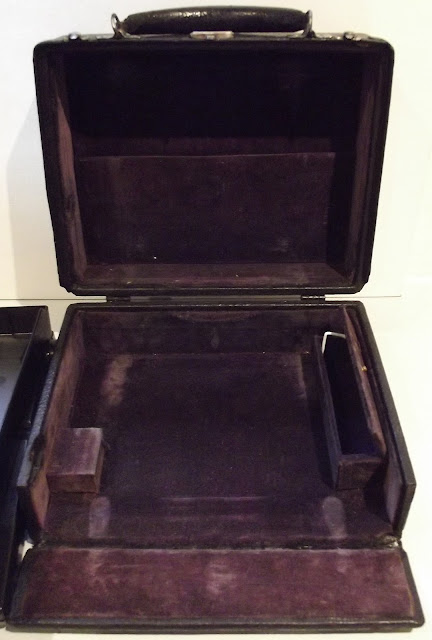 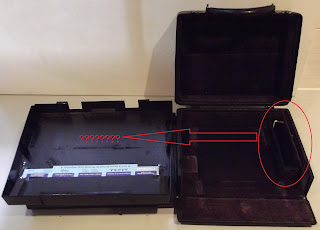 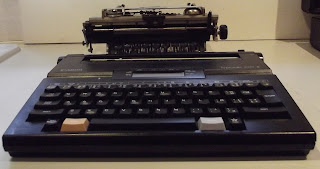 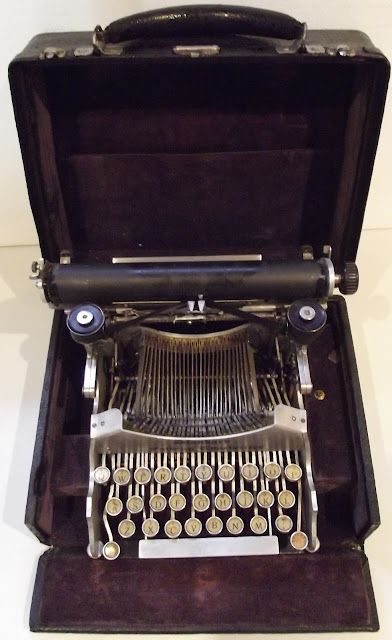 Here's the crunch though: I can take the Standard Folding almost anywhere on earth (like Jack London did) and type with it for a almost infinite period of time, limited only by how much paper and how many ribbons I have with me.

The Canon Typestar, powered by electricity, is only as portable as the nearest power-point; powered by battery, it might last a week or two? 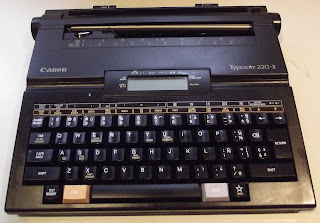 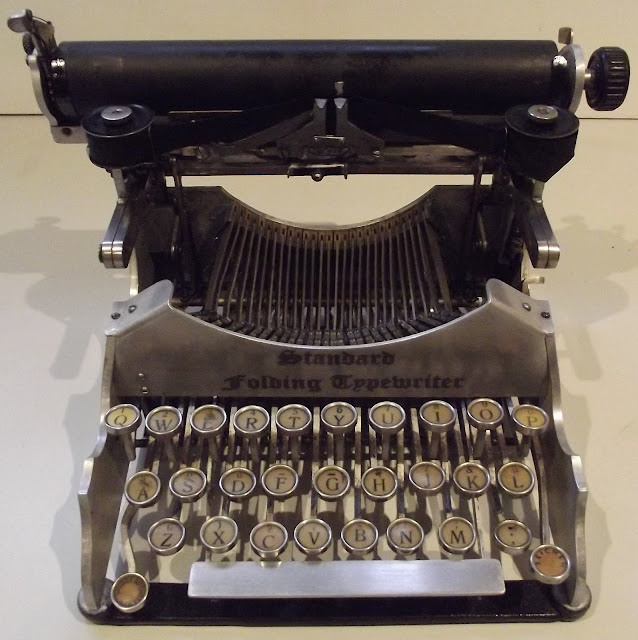 So how do we define "portable"? I say the Standard Folding way, and Canon's claim to have "re-defined" it is a load of old bunkum. 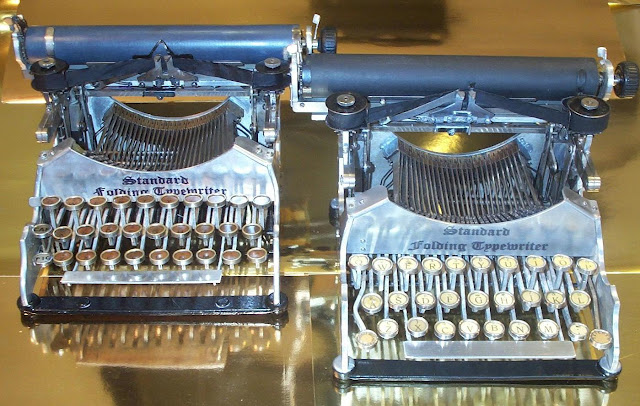 And, let's remember, the Canon came on to the market almost 90 years after the Standard Folding. Progress? Modern technology? Give me a break! 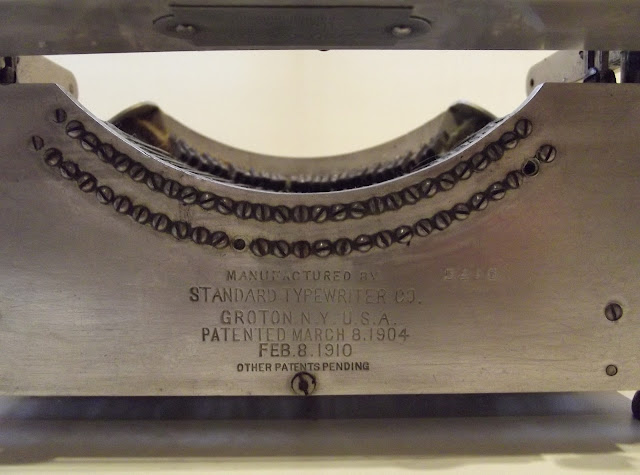 It may be of particular interest to Georg Sommeregger that this particular model Standard Folding was sold by the Rex company in Vienna: 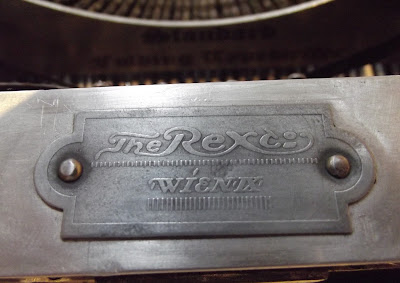 The Canon electronic typewriter was patented in the US on January 19, 1993, and in Japan in April 1991. It was designed by one of the company's most prolific all-round designers, Hidero Matsumoto, of Yokohama, for Canon Kabushiki Kaisha of Tokyo. 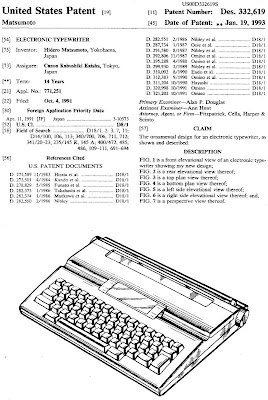 But when I roll my sleeves up and go out into the back garden to type, what will I take?: 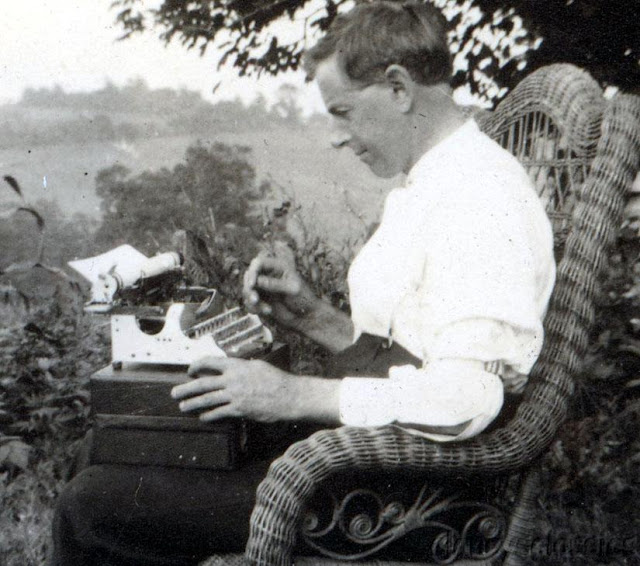 A real portable, as originally defined and designated by Frank Sullivan Rose!
Posted by Robert Messenger at 00:14

Robert, I think that the photo of Rose is a post-mortem photo. The clock, the woman's black scarf, the slightly awkward pose. These types of photos were immensely common.

He does look quite dead in that picture.

I own a Canon Typestar 220. It's large character repertoire, customizable keyboard, and preview screen capable of displaying an entire line of text are definitely killer features that compare favorably to many other typewriters!