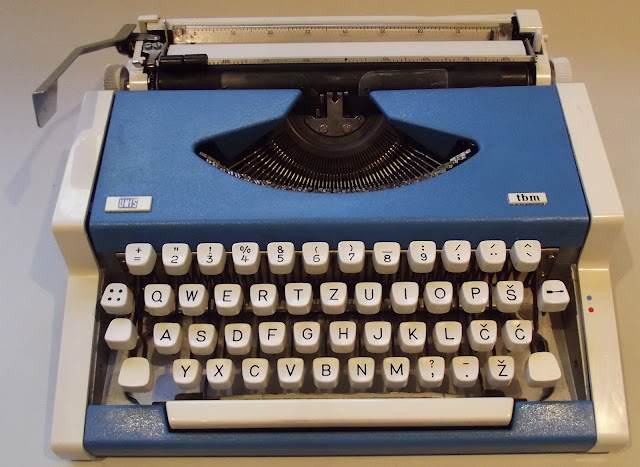 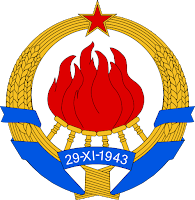 OK, so this UNIS tbm is not a Yugoslavian-designed typewriter. It was actually designed for Olympia Werke in Wilhelmshaven, West Germany, in 1969, by Alfons Boothby and Georges Joseph. 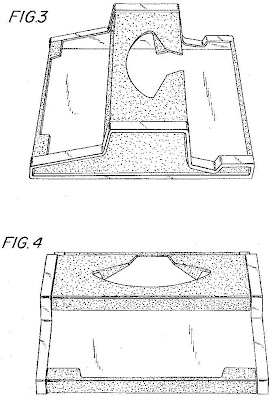 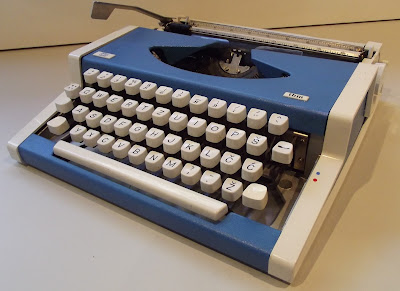 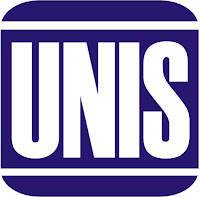 But this version of the Olympia Traveller de Luxe was made in Yugoslavia, by Udružena Metalna Industrija Sarajevo (UNIS, or United Metal Industries in Croatian) of Sarajevo at its tvornica biro mašina (tbm, office machine factory) in Bugojno (below). 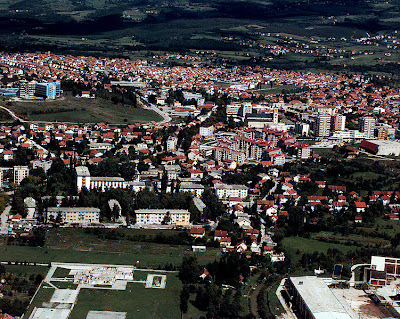 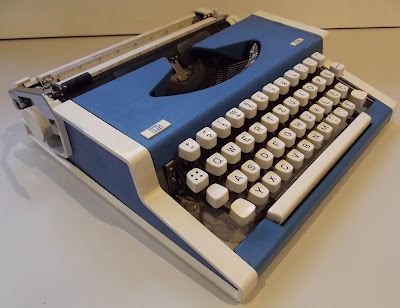 And it does have what Wilf Beeching in Century of the Typewriter calls a "Yugoslavia 2" keyboard: 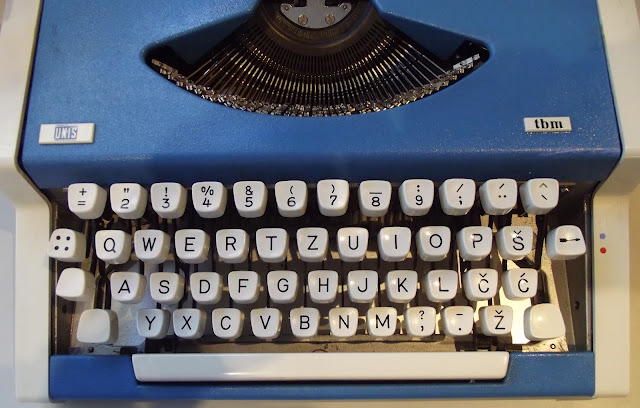 UNIS, which started to produce these machines in 1971, also made Olympia Traveller de Luxes in a range of colours for Olympia, while for a time the model was simultaneously being manufactured in West Germany. 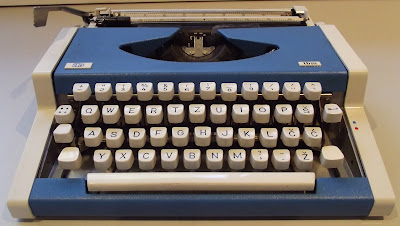 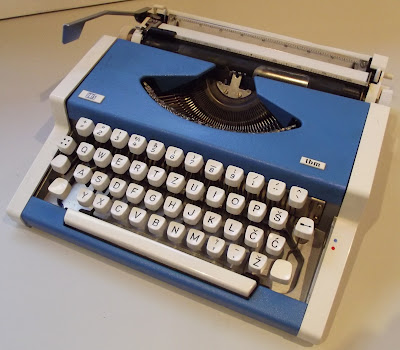 Bugojno, once a major industrial centre, is 81 miles north-west of Sarajevo, in central Bosnia and Herzegovina on the river Vrbas. Production of the UNIS tbm and Yugoslavian OTDL continued at least until the late 1980s. 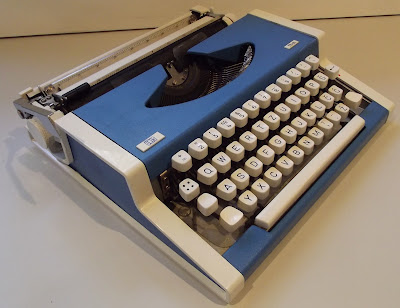 Boothby and Joseph were issued with a US patent for their design in March 1971. It had been patented in Germany in April 1969. It was influenced by Carl Sundberg's design of the Remington Monarch and one of Karl Tillman Baughman's designs (see Sear's "Throwback" portable typewriter post on this blog).
Olivetti later acquired this design and adapted it to make its Tropical and Roma portable typewriters in Brazil. 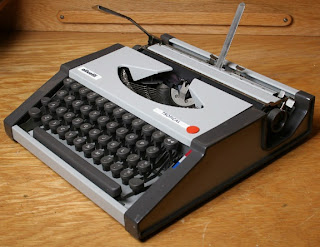 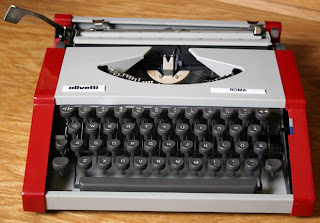 The same original casing design was used for the Olympiette 2 and 3, which were made by Nakajima in Japan with different mechanism. 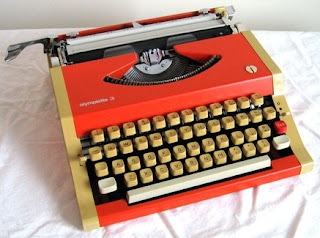 Strictly speaking, Yugoslavia was not an Iron Curtain country at the time these typewriters were made. 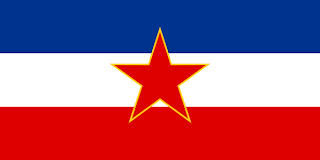 The Socialist Federal Republic of Yugoslavia existed from the abolition of the Yugoslav monarchy until it was dissolved in 1992 amid the Yugoslav Wars. It was a socialist state and a federation made up of six socialist republics: Bosnia and Herzegovina, Croatia, Macedonia, Montenegro, Serbia, and Slovenia. Serbia, in addition, included two autonomous provinces of Vojvodina and Kosovo and Metohia. Initially siding with the Eastern bloc under the leadership of Josip Broz Tito at the beginning of the Cold War, Yugoslavia pursued a policy of neutrality after the Tito-Stalin split of 1948, and became one of the founding members of the Non-Aligned Movement. 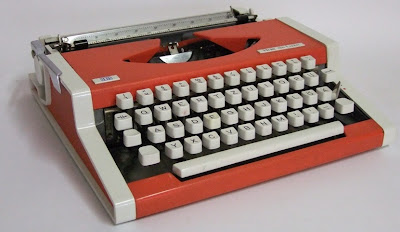 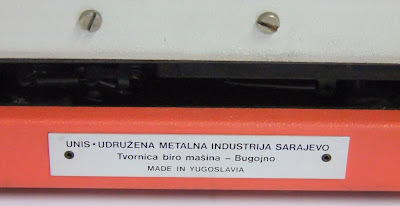 I must confess I want this particular model a bit heavy on the keys, but still OK to type with: 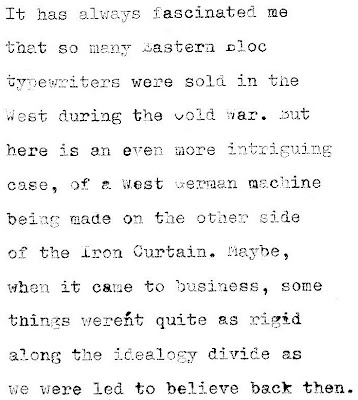 What do you know about the "Bulgarian Typewriters Works" where my Omega 1300F was made?

Thank you for this post, I was looking for more information about this model. It was very popular in former Yugoslavia. Most of the time it was sold under UNIS logo, but sometimes was also available with Olympia (latter AEG Olympia logo).
There were two different versions of this model. UNIS TBM didn't have ribbon color selector, but UNIS TBM deluxe did have it. Also, TBM was always white, TBM DE LUXE was offered in different colors. Initially, TBM DE LUXE was sold with a faux leather case.
Re keyboard, earlier models didn't have Croatian or Serbian letter Đ. Latter models had slightly modified keyboard with that letter.
Yugoslavia was a communist country but not a part of Eastern bloc. It was very often used to avoid trade restrictions in trade with other communist countries.

Regarding the heavy keys on this typewriter:
lift the front cover with logo, as if you are to change the ribbon. You will see on the left, near the "+/=" key, a shiny little chromed lever - that is the impression regulator. When you pull it up it types lightly. Closer to bottom, it will type heavily.

Regarding the heavy keys on this typewriter:
lift the front cover with logo, as if you are to change the ribbon. You will see on the left, near the "+/=" key, a shiny little chromed lever - that is the impression regulator. When you pull it up it types lightly. Closer to bottom, it will type heavily.

Now you can have the font of this typewriter on your computer:
http://www.1001fonts.com/esat-hoxha-nrml-font.html

Now you can have this typewriter font on your computer:

I recently bought a nice orange UNIS tbm de luxe. It seems that UNIS produced also for the German market, because my keyboard shows the "ß" and Umlauts, and instead of using the uppercase O as ZERO they have an own key: a zero with a little stroke on the upper right side (looks a bit like 0´ or a Q upside down). As I am not a collector, but started to be interested in mechanical typewriters (I also bought a Robotron Cella) I am really surprised how different even these machines are.
And thanks to Anonymous for explaining the heavy keys!
Michael

Hi! This is a really informative and an amazing post! I recently purchased a UNIS - tbm BISER 35 typewriter, but am unable to trace its origin and its place/year of manufacture. Any information on how to determine the same would be highly appreciated! :)

Hi! This post is really interesting and informative for people who have little understanding of typewriters, as me. I recently purchased a UNIS - tbm BISER 35 typewriter, but am unable to determine its place/year of manufacture. I would be grateful if you could provide any information on the said model, or the manner in which I could determine the said details regarding my typewriter.

For Shivans:
It is the same story as with the TBM model featured in article, but with a little twist. The UNIS company had the second line of typewriter production - they manufactured some Olivetti models under the licence. Your example is Yugoslav made Olivetti Lettera 35 and regarding the age, I would bet my money on mid to late 1980s.
P.S.
"Biser" in Bosnian means "pearl".