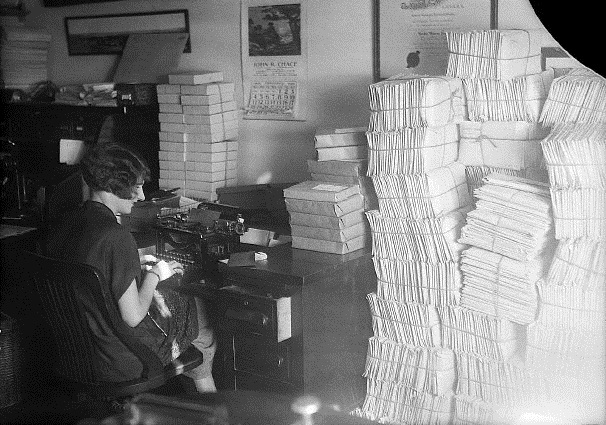 A typist working for Californian congressman Arthur Monroe Free in Washington DC in January 1925 writes the representative’s correspondence amid stacks of typewritten documents.

The points made by Bill M, notagain and myself in earlier posts regarding typewriting secretaries and their command of the English language were compounded here in Canberra, Australia’s capital city, yesterday. 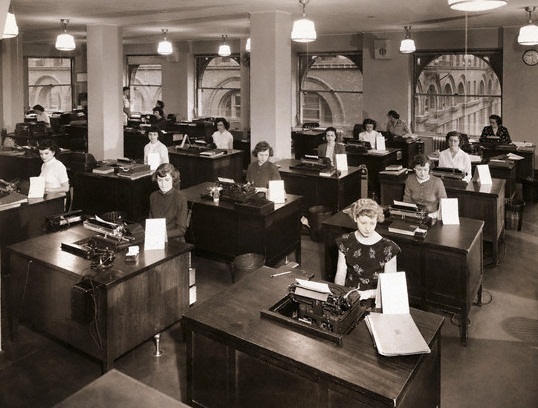 A Senate Estimates hearing here was told that the Department of Families, Housing, Community Services and Indigenous Affairs is paying $55,000 of taxpayers’ money to outside consultants to teach government officials the “arcane skill of writing like a bureaucrat”.
This money from the public purse is going to a management firm called the Interaction Consulting Group to run workshops on the “unique style needed for written briefs and letters to and for the minister”. 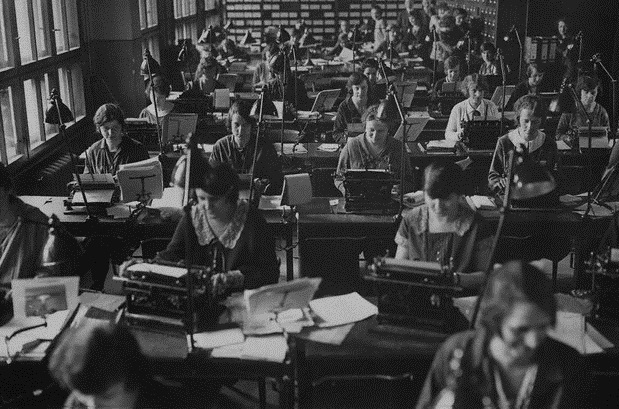 The Australian Government could save a lot taxpayers’ money if it supplied these bureaucrats with typewriters and threw away their computers and Word programs.
On a typewriter, there is an automatic need to exercise one’s brain. The typing process needs to be very precise and considered. Writing is by necessity concise. For one thing, there can be no cutting and pasting of slabs of gobbledegook. For another, there is no sneaking across to a thesaurus site to steal a 10-letter word when the four-letter one the writer has in mind will do just as well, if not better (Except, perhaps, it will make the writer seem more learned than he or she really is). 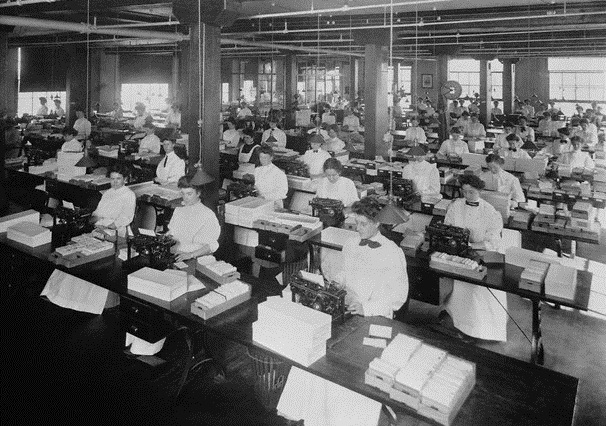 An official from this Australian Government department, Julia Burns, told the senate hearing that said dozens of university-educated, mostly junior departmental bureaucrats – and possibly more senior officials who had been recruited from outside the public service – were taking part in classes.
“It’s … very specific ... how to write in a concise way for ministerial briefs etc, so even people who are well-educated may just need to learn the ways of the public service, frankly,” she said. 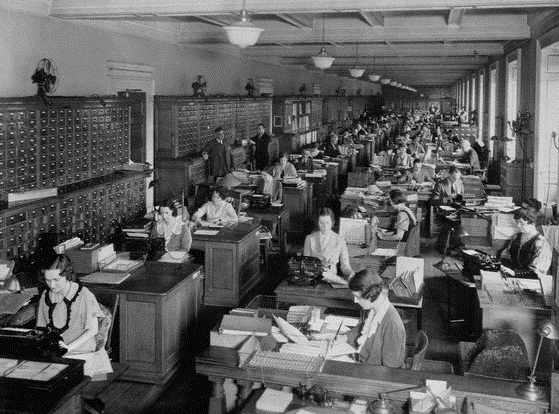 Department head Finn Pratt said: “This is very much a core skill of the public service and it’s one which we constantly have to ensure we are doing as well as possible. It is very, very important that we write as well as possible for ministers.” 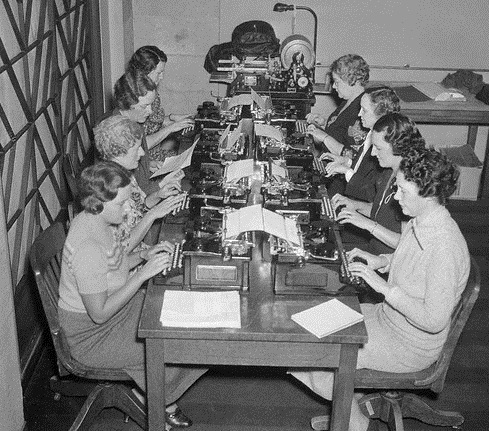 Liberal senator Mitch Fifield said after the hearing that concise writing ought to be a skill officials could learn on the job.
“With over 3000 public servants in FaHCSIA, is there no one who can pass down the knowledge of how to write a letter? Why they would need additional training in such a key competency is beyond me.
“I think most Australians would be very surprised to hear that their taxpayer dollars are being spent on teaching bureaucrats skills that they should already be across.” 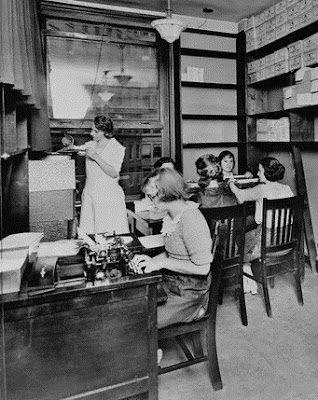 Posted by Robert Messenger at 10:59

Very impressive photos! As always a very nice post. Thank you. That stack of papers in the first one and the beautiful typing desks are super. The typing pools remind me of the typing pool at the hospital where I first worked when I was out of college. Now all of that is replaced by a PC on everyone's desk and I imagine no more secretarial pools.

I feel sorry for the women in these gigantic rooms full of clacking and dinging. It would drive me mad!

[PS: I hate the new captcha system on Blogger!]

Thanks Bill.
Hi Richard. What's a captcha system? Should I be warned about something?