It has been another interesting month for typewriter sales on Australian eBay, with prices fairly consistently high, but again some utterly unfathomable sales.
Perhaps the most astonishing of these was the sale of two orange Adler Contessas, one for a staggering $355 on January 17 and the other for $204.49 four days later. 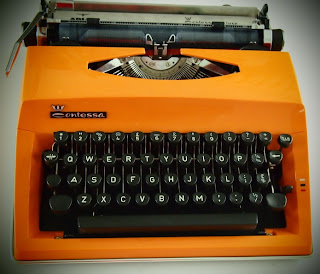 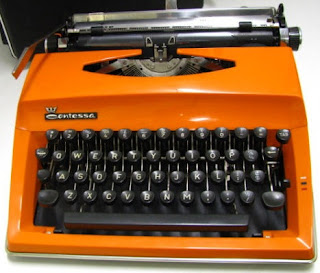 While that was going on, a lovely plain white Adler Junior 12 was passed in once at 99 cents on the 16th and is well on the way to doing the same thing again later today. 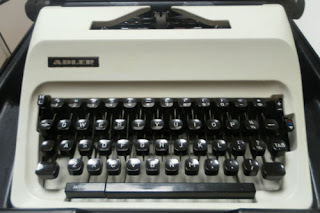 Having used both models, I can vouchsafe that the semi-portable is a vastly superior typer. Indeed, those orange Contessas are the sort of machine I used to give away, if any happened to be bespoiling my shed.
It would seem the major difference here is the colour – so orange somehow makes it a better buy? You know, you could easily slip the front off the Junior and repaint it orange; it'd be a far better deal all-round.
As for the key words in the item description: "Atomic" and "Funky" ...
I have a fair idea what is meant by “Funky” in terms of a typewriter – but “Atomic”? Please explain, in the words of Pauline Hanson. I am befuddled and confused. An “atomic” typewriter? If there were such a thing, Will Davis would be all over it like a rash! He'd have dissected it inside and out ...
Please forward any funny exclamations for "atomic typewriter" - I'd love to see them. 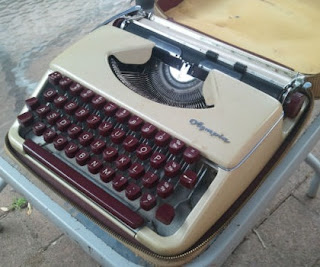 “Funky” might have helped this lovely little Olympia Splendid with burgundy keys, which was passed in for a very low $20. Five days earlier, a green Olympia Traveller deLuxe sold for $134.60! 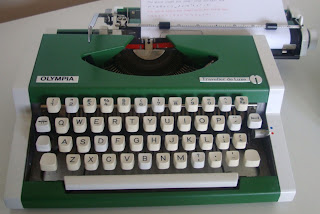 But “Funky” somehow did get a run with a Maritsa 11, relabelled for Australian consumption as a Pacific. It sold for a very healthy $95. 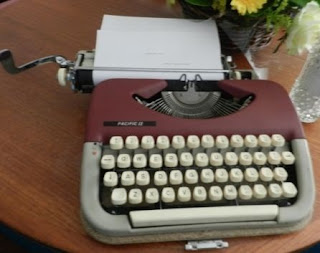 And bright colours served Olivettis well, with a red Dora selling for an amazing $122.50, a salmon Lettera 22 for $152.50 (I have quite a few of these, maybe I should start selling some?) and a Valentine going for a “bargain” buy-it-now price of $250. 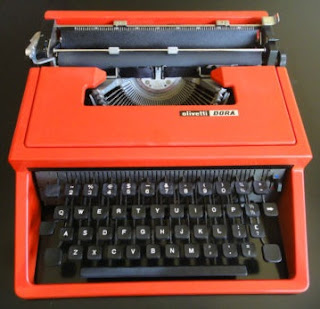 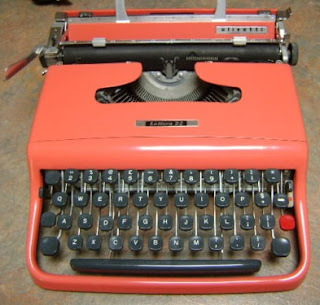 An orange Japanese Royal sold for a hugely inflated $152.50 – I hope my own family didn’t pay anything like that for my Christmas gift! 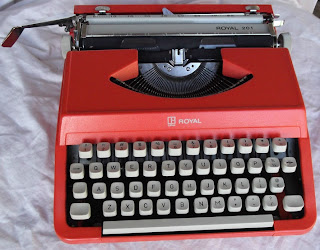 Old typewriters in very questionable condition fetched good prices, with an Erika 5 speckled with rust going for $124.60, and these three Remingtons selling for $139, $104 and $51 respectively (the bottom one, arguably the best looking of the three, went for the lowest price!). The prices differed markedly, but I can’t see that much difference between these machines in such ordinary condition: 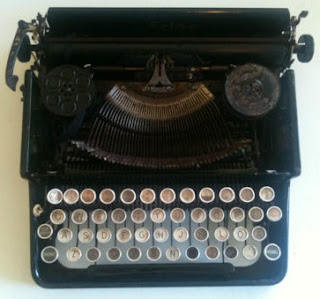 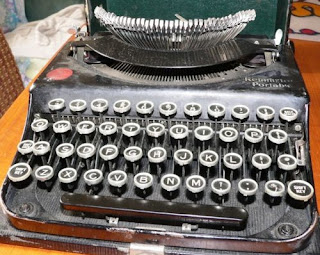 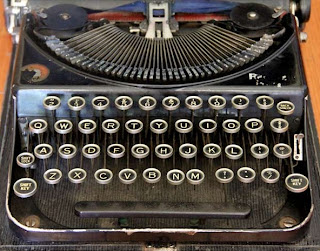 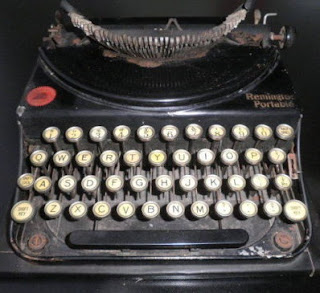 For me, the “one that got away” was this Royal Standard, which sold for a reasonable $120 and came with these old ribbons. 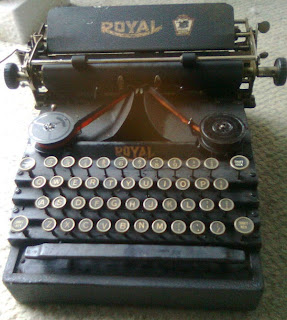 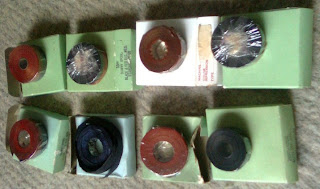 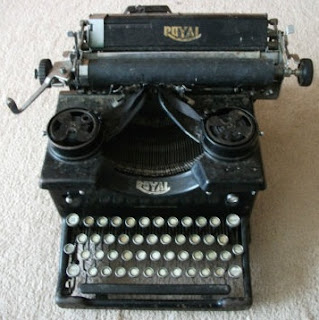 But Derrick Brown, who always presents his machines so well, sold this Royal portable for $306. Presentation does pay! (Though so does funky, atomic and orange.) If Derrick was to paint these machines orange (sacrilege!) and call them funky or atomic, he’d probably get $1000! Spurn the thought ... 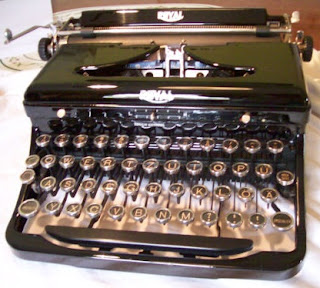 Now here's a real tester: Can anyone out there tell me what this was-for-sale (though not in Australia, I hasten to add) typewriter is called (and the answer's not a Blick!): 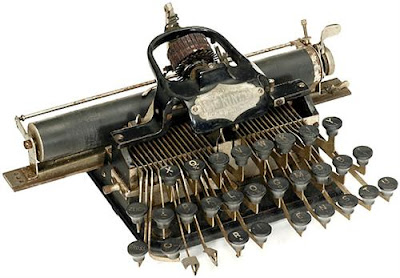 PS: I once gave away one of those orange Contessa to a young lady who wanted to write her wedding invitations with it. A few days later she asked me to tell her where the "return button" was.

Posted by Robert Messenger at 11:40

eBay sellers love to bandy about mid-century terms such as "space age", "Panton", "atomic", "modern" etc. in their descriptions of items from that era. In their minds (and therefore, transferred to the minds of the buyers), this creates a certain "cachet", and adds immeasurably to the asking price.

It is rather like gated communities here in the USA whose names include "Pointe" rather than "Point". It's a snob thing which makes the residents feel "exclusive". The "E" at the end adds several hundreds of thousands of dollars MORE to the perceived "value" of the residence.

Sorry about all the quotation marks. But it seemed fitting.

Thanks, Cameron: Yes, I totally agree - although "panton" is new to me. It's a bit like "vintage typewriter shoppe" for a typewriter shop which sells old typewriters. At high prices!

Robert, you hit the nail on the head! It is precisely like "vintage typewriter shoppe".

Thanks for this round-up; I have not watched the auctions on eBay Australia for a while, but it is interesting to watch the trends! I too had an orange Contessa that I despised and quickly sold off... at least my orange Hermes Baby looks nice, takes only half the space, and does not rattle quite so much.

I think the name "atpmic" was to be applied to the color, ie "atomic orange"; there is a Crayola crayon by the name of "atomic tangerine" which looks remarkably similar.

Hi, Just wondering what sort of ribbon the Olympia Spledid takes? Is it the square-ish cartridge, or the round spools? Thanks

Hi Awesomeness. The Splendid uses an ordinary typewriter ribbon. I have only ever seen one manual portable that used a cartridge, and that was a much later model Olivetti.