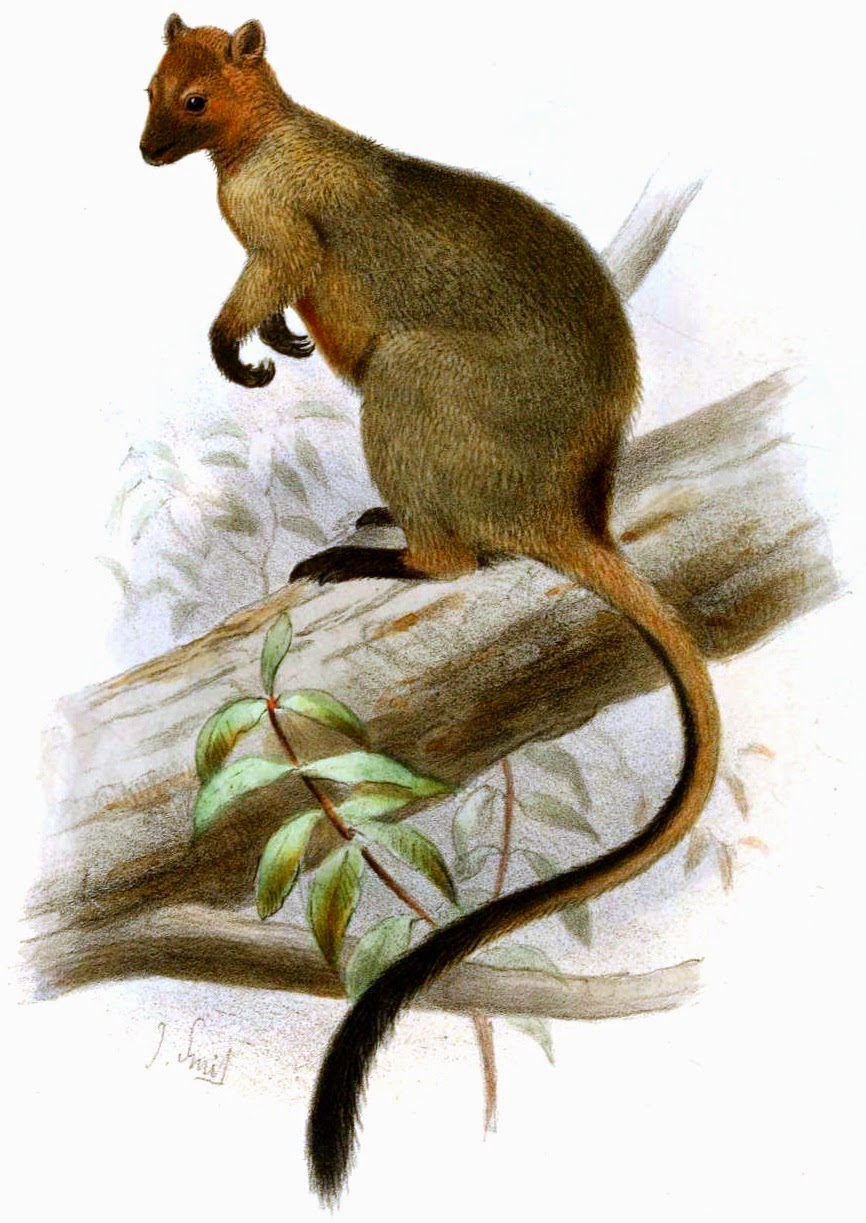 Bennett's tree-kangaroos are very small by comparison with terrestrial kangaroos. A large red kangaroo can stand as tall as Richard Polt (6ft 7in) and weigh 200lbs. Male Bennett's tree-kangaroos weigh no more than 30lbs. But they are very agile, able to leap 30ft down to another branch, and have been known to drop as far as 59ft to the ground without injury.
The Bennett's tree-kangaroo (Dendrolagus bennettianus) was first described in 1887 by Charles Walter de Vis (1829-1915), clergyman and zoologist who in January 1882 was appointed curator of the Queensland Museum. De Vis named the kangaroo in honour of George Bennett of the Australian Museum in Sydney. 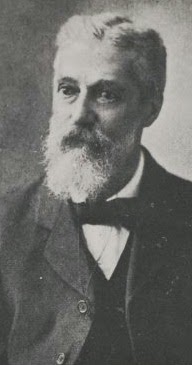 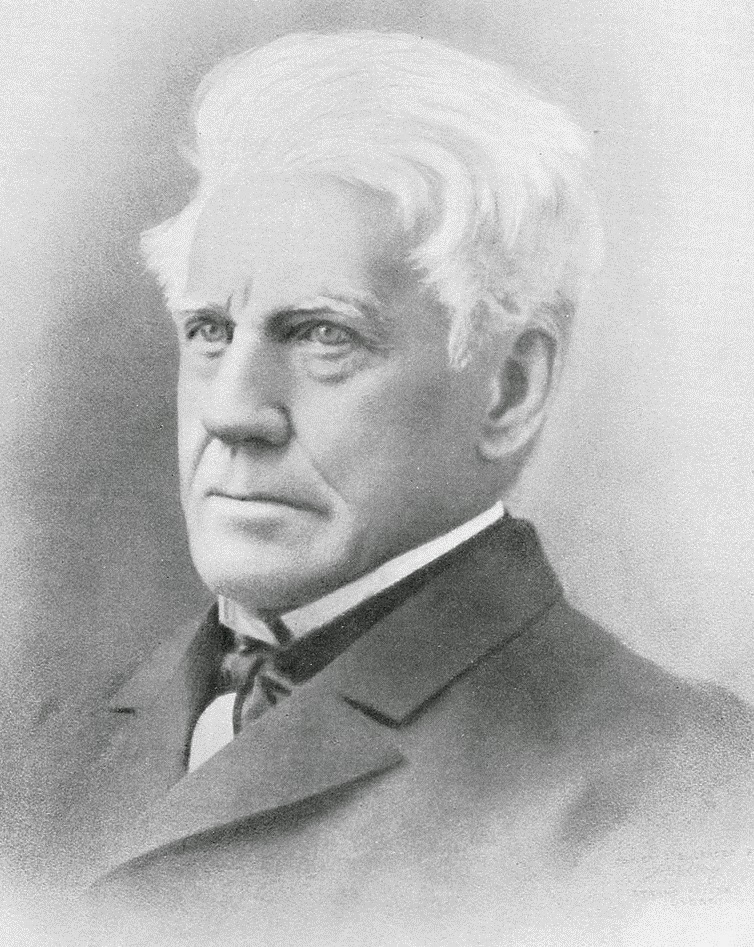 George Bennett
George Bennett (1804-1893) was an English-born Australian physician and naturalist. Lured Down Under by the structure and relations of the mammary glands of the Ornithorhynchus anatinus (platypus), Bennett settled in Australia in 1836 and acted as honorary secretary of the Australian Museum, which had just been established. Bennett is commemorated by the scientific names of the dwarf cassowary (Casuarius bennettii) and Bennett's tree-kangaroo. 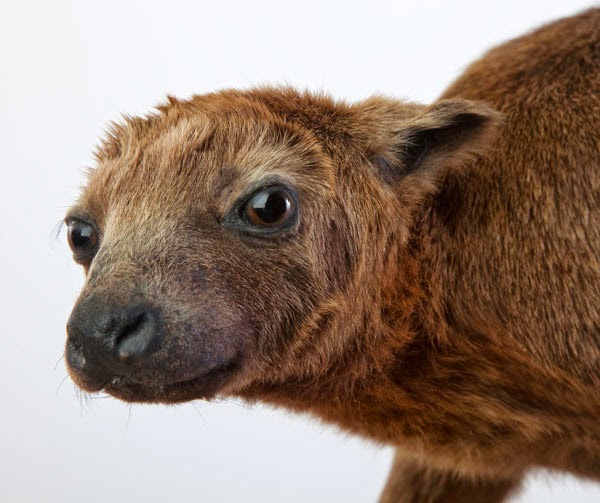 This very elusive (or "cryptic") tree-kangaroo is found in both mountain and lowland tropical rainforests south of Cooktown in Queensland to just north of the Daintree River. It is also occasionally found in sclerophyll woodlands. It lives almost completely on the leaves of a wide range of rainforest trees, notably the Umbrella tree, vines, ferns and various wild fruits. Now that it is rarely hunted by Aborigines, its main predators are pythons and the dingo and most of its range is now protected under World Heritage legislation. It is thought to be the closest tree-kangaroo to the ancestral form. 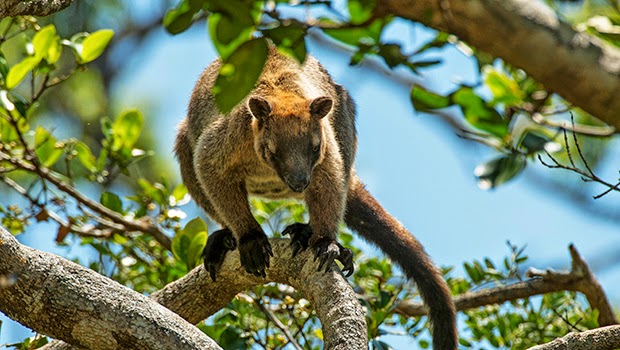 I'm feeling a bit like an ancestral tree-kangaroo right now as I try to fathom out the true history of the Bennett typewriter. Can anyone explain to me why, in almost every US advertisement for the Bennett, the words "Bennett Typewriter Company" are preceded by a different set of letters? So far I've found BF, BE, BZ, HI, HH, HG, DG, WK, QC, QD, PM, QH, MC, JM and even CSK, and I feel I'm only just scratching the surface. Is it advertising code, perhaps? Has anyone else ever noticed this? I'm utterly confused.
What I can say is that the inventor, machinist Charles Almon Bennett (born Illinois, August 1847) claimed a Civil War pension (he'd served under the alias of John R. Smith) in 1912 and was well dead by 1918. He had also long since handed over the rights to his design, even before its predecessor, the Junior, was produced in 1907. 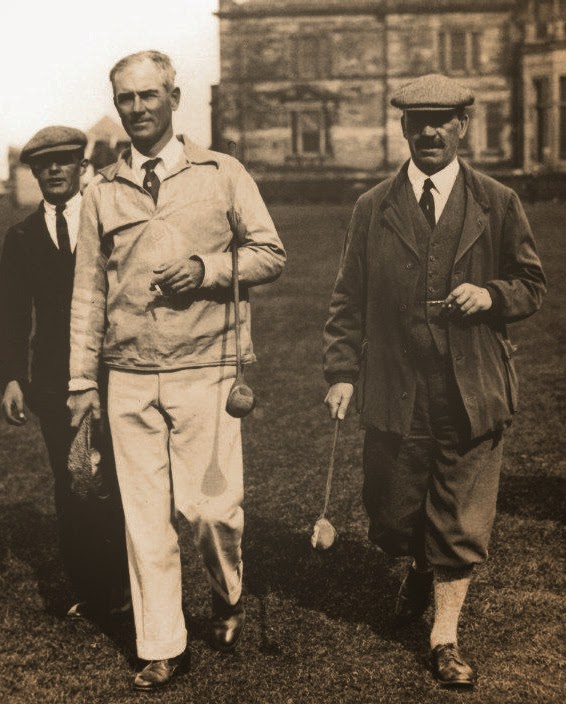 Bennett maker: Max Howell Behr, left
The Bennett was manufactured by Elliott-Fisher in Harrisburg, Pennsylvania. The man most responsible for its production and worldwide sales was Max Howell Behr (1884-1955), the famous golfer, Southern California golf course designer and editor of Golf Magazine. Behr, born in Brooklyn, was the son of industrial magnate Herman Behr, an abrasives manufacturer and president of the Herman Behr Company. At the time the Junior typewriter was invented, Max Behr was a near neighbour of Charles Bennett, living with his family in Morris, New Jersey. After graduating from Yale in 1905, in early October 1910 Behr went to work as a director of Elliott-Fisher, and was given charge of the Bennett. 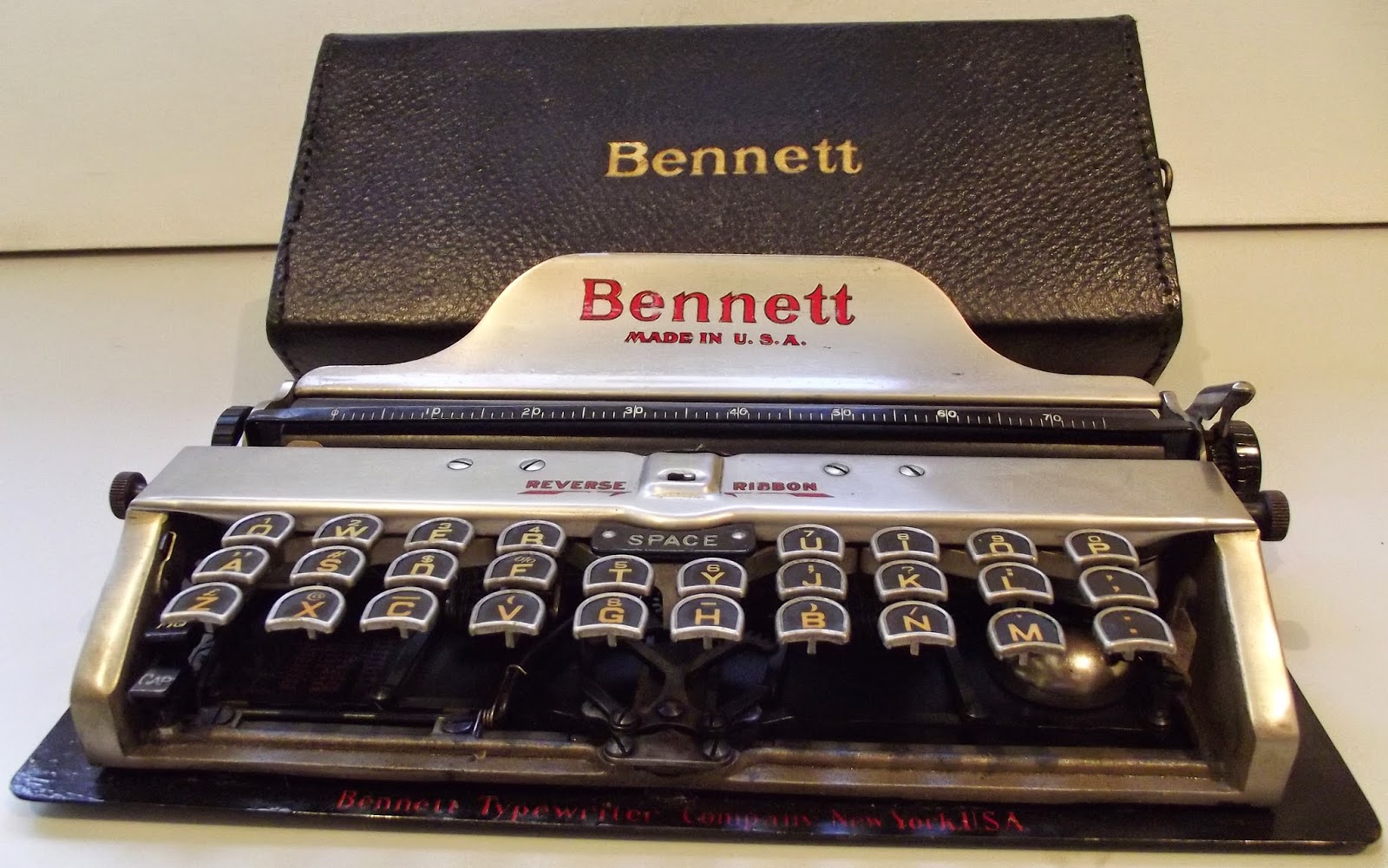 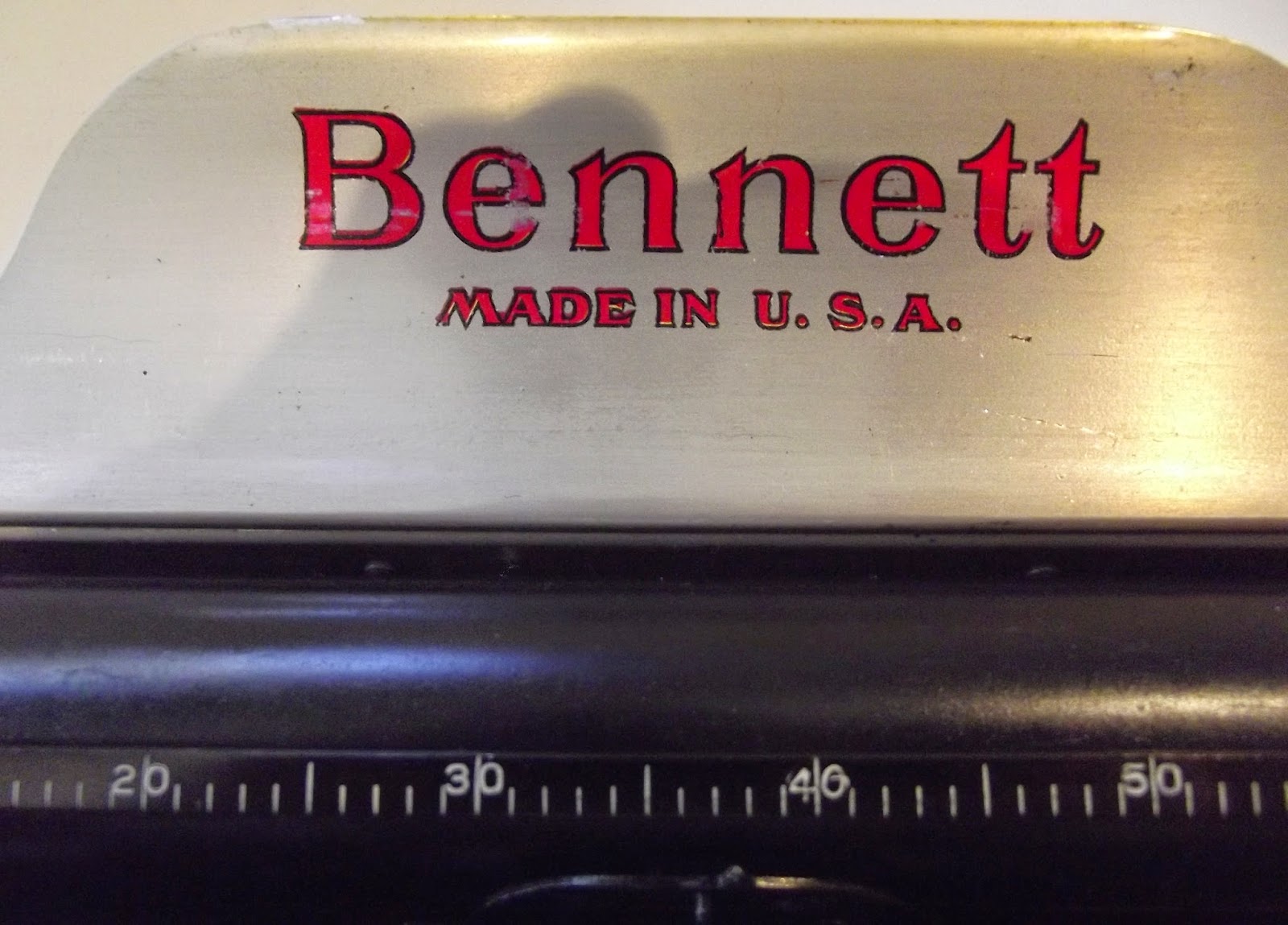 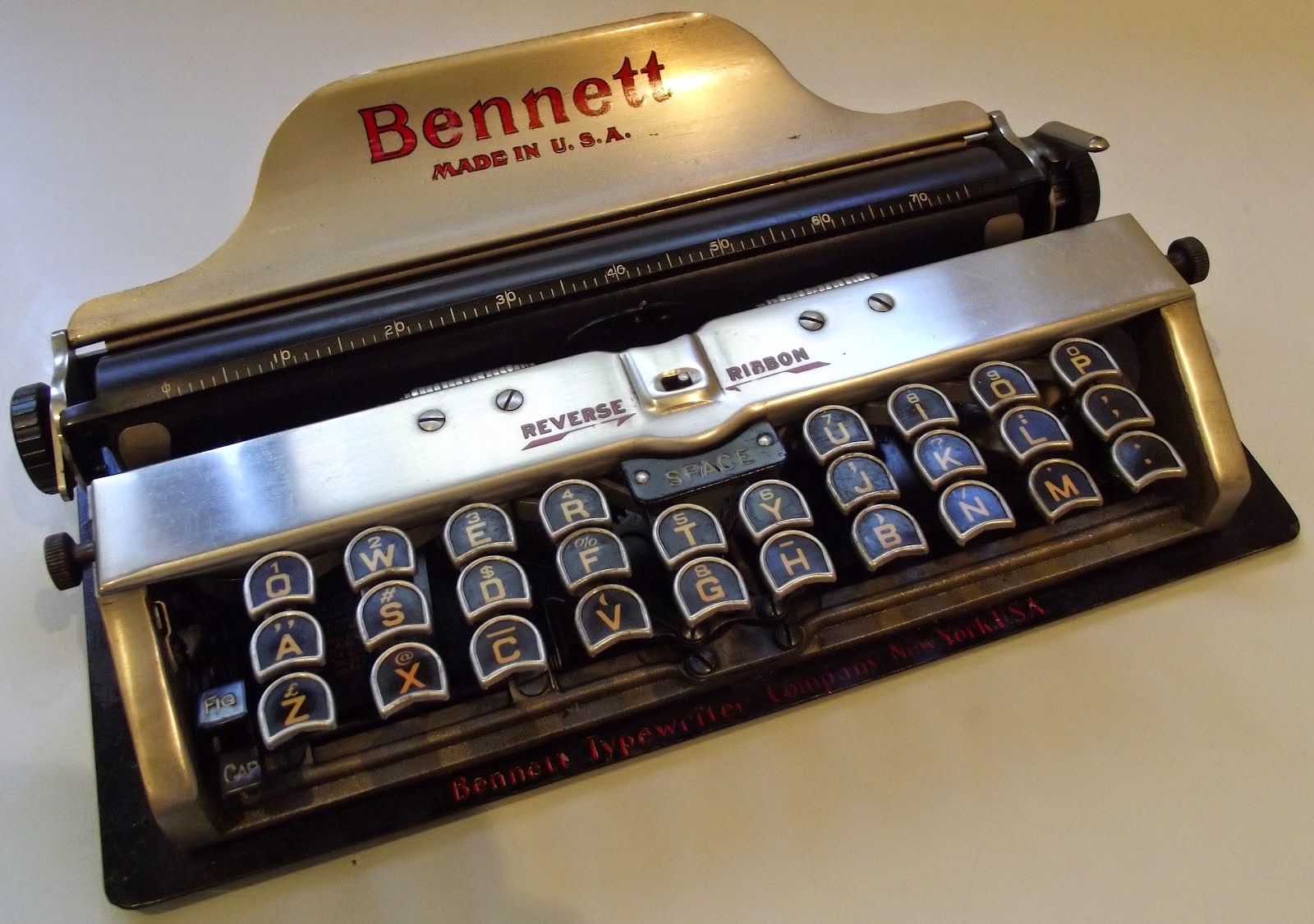 A quarter of a century after De Vis first described the Bennett's tree-kangaroo, in 1912, Bennett typewriters were introduced to the Australian mainland. They had first appeared in this country two years earlier - in, of all places, Emu Bay, not the one on Kangaroo Island, but the one that is now Burnie in Tasmania. 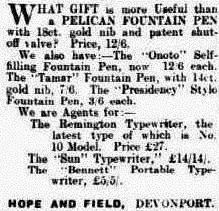 Emu Bay Times, 1910
Bennett typewriters are very small by any typewriter standards. They were described in this country as a "hip pocket typewriter". 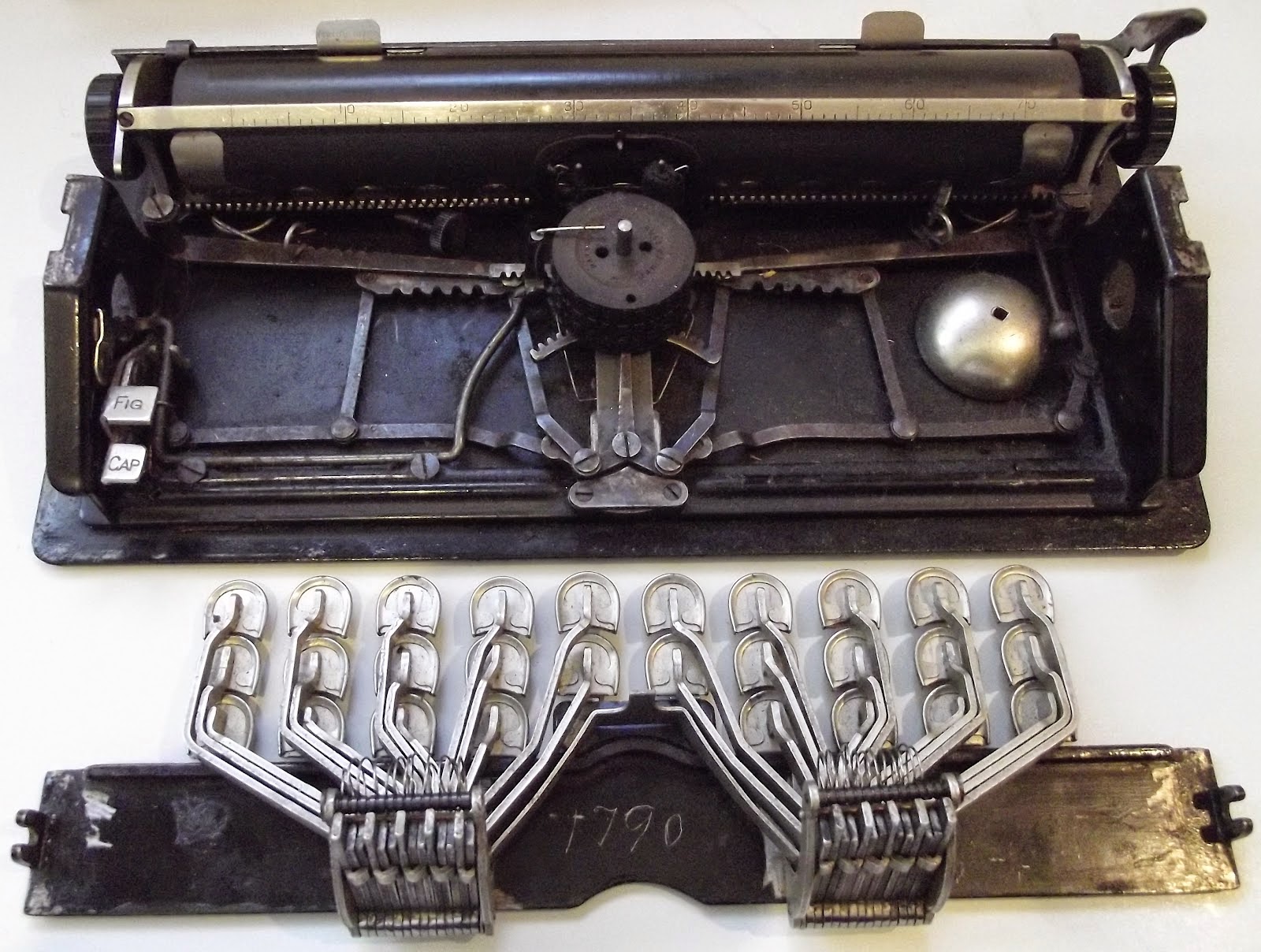 On the mainland, the Bennett was first offered across the country through Anthony Hordern & Sons, the largest department store in Sydney (also once the largest department store in the world). The business was originally established by a free immigrant from Staffordshire, England, Anthony Hordern (1788-1869), in 1823, as a drapery shop. Hordern went on to operate one of the largest mail order businesses in Australia, offering, among many other things, the Bennett typewriter. 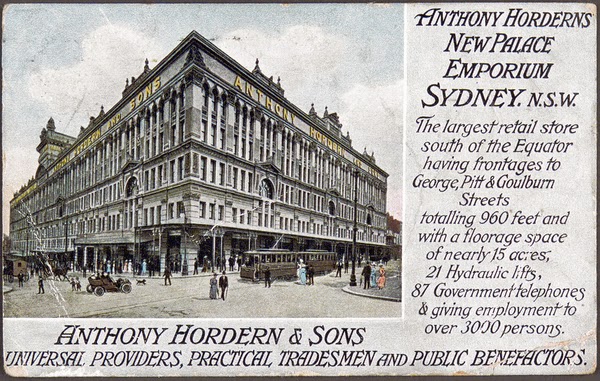 The business remained in family hands for a century, and a huge six-storey building was opened by them in 1905, called The Palace Emporium, the main entrance being completely fitted out in imported Italian marble. The massive store was located on the corner of George, Pitt and Goulburn streets in downtown Sydney. One of their advertising slogans was that they sold "anything from a needle to an anchor". 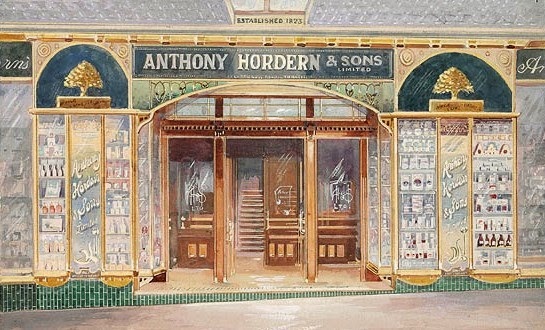 In 1912, the year it introduced the Bennett typewriter to mainland Australia, the business was sold to a private limited liability company with Samuel Hordern Jr as governing director. In April 1926 the mostly family-owned business was sold to a public company set up for the purpose for £2.9 million, the highest sum paid for an Australian business to that date. 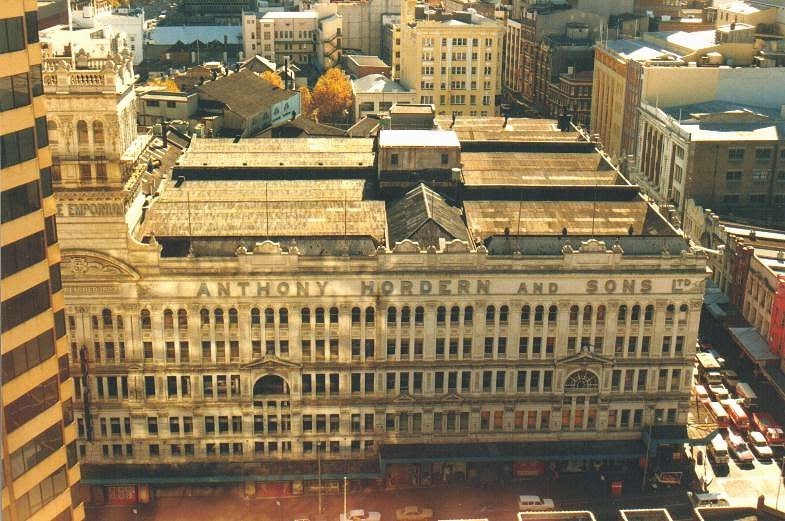 (In 1952 Hordern also introduced the Torpedo portable typewriter to Australia, as the Blue Bird). 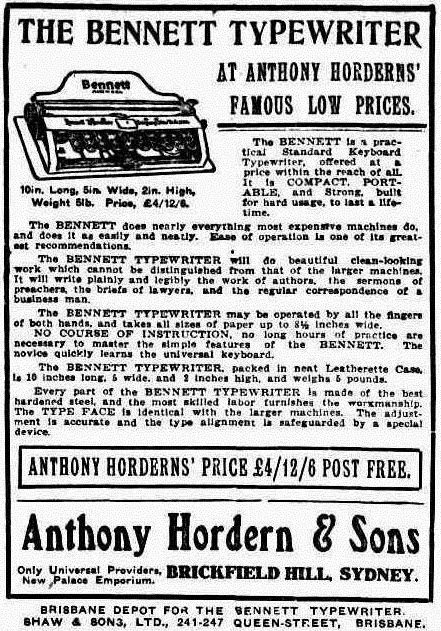 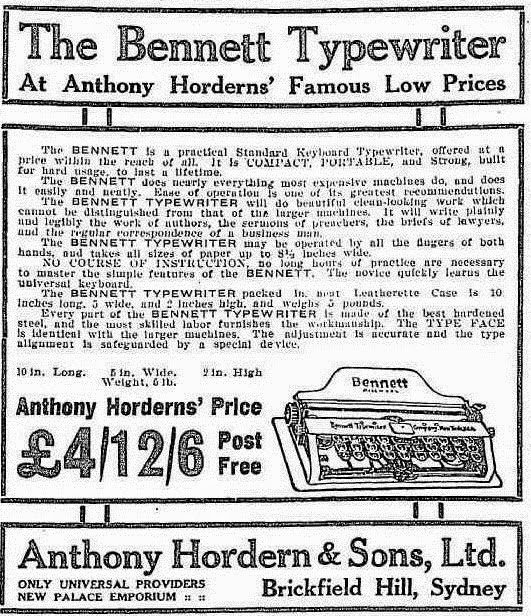 Between 1912-13, 103 Hordern display advertisements appeared for the Bennett typewriter in newspapers around Australia. Then the advertising abruptly stopped.
One of the more interesting aspects of the advertising is that it was targeted at people living in far-flung, isolated areas of the country - places where one would have been far more likely to see a Bennett's tree-kangaroo. Bennett typewriter adverts mainly appeared in publications such as the Stock and Station Journal and the Wool and Stock Journal.
Across "the ditch" in New Zealand, Bennett typewriters were also seen as a "rural device": 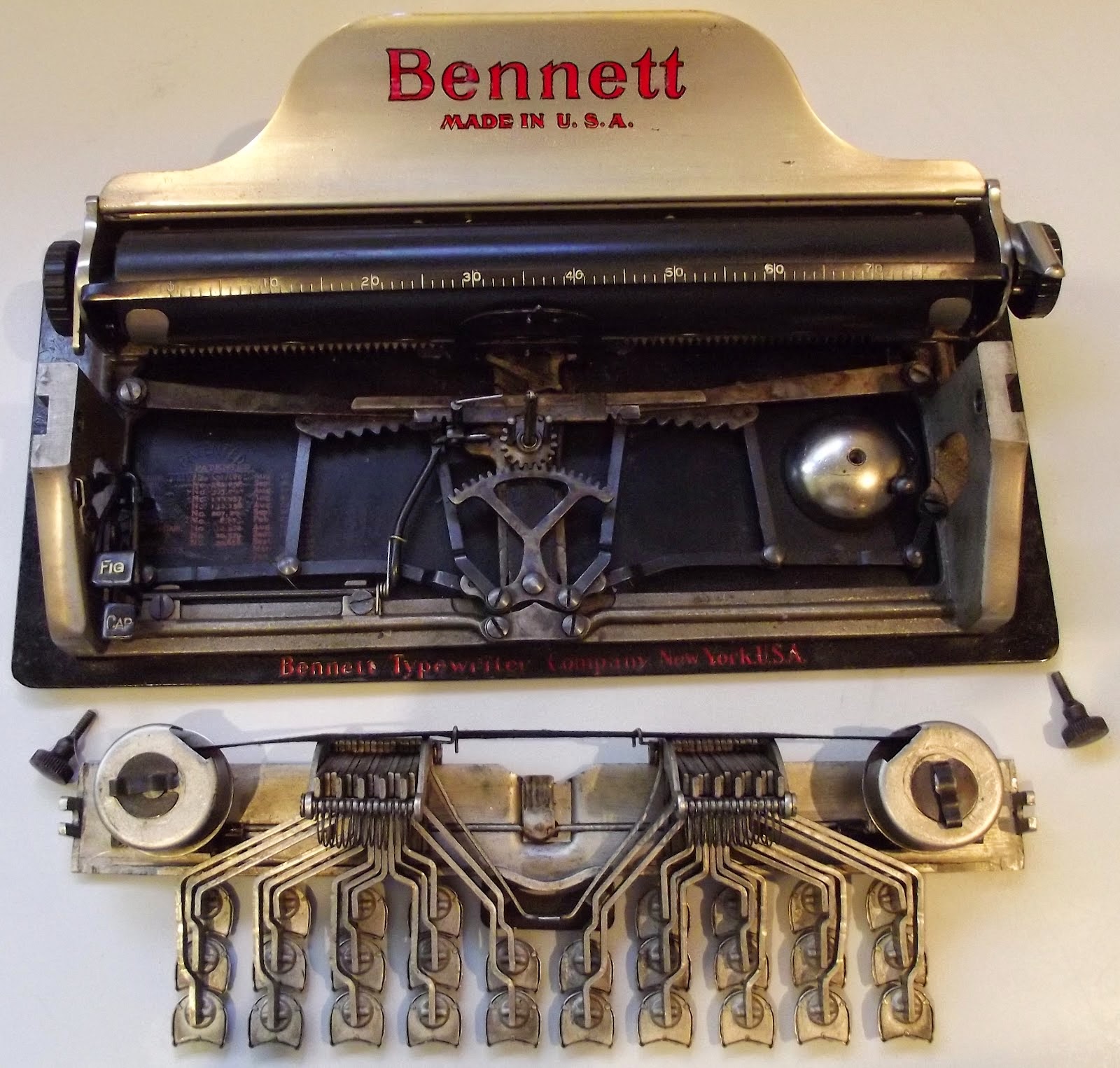 The Bennett typewriter was certainly prized in Australia, especially by people called Bennet:

Posted by Robert Messenger at 15:58

Leave it to oz.typewriter to find connections between tree kangaroos (a species I'd never heard of) and hip-pocket typewriters. Well done. (Roos must carry their Bennetts in their pouches, right?)