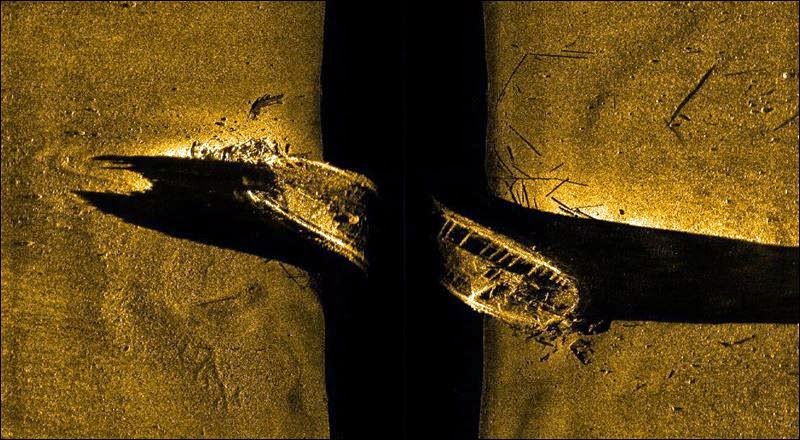 A side-scan sonar image of a Franklin expedition ship on the sea floor in northern Canada.
Ottawa, Today (September 10, 2014): Canadian explorers have found the wreck of one of two ships lost in the 1845 Franklin expedition to Canada's Northwest Passage, solving an enduring historical mystery and bolstering Canada's claim to the key Arctic trade route. 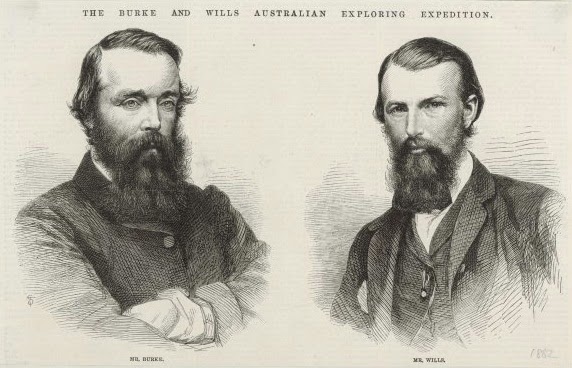 One of the last things, if not the last thing that William John Wills, of Burke and Wills fame, wrote, the day before he died at the Breerily Waterhole on Cooper’s Creek on June 28, 1861*, was a letter to his father, also William Wills, who was then living in Melbourne.
The letter opened:
Cooper's Creek,
27 June 1861
My Dear Father,
These are probably the last lines you will ever get from me. We are on the point of starvation not so much from absolute want of food, but from the want of nutriment in what we can get.
Our position, although more provoking, is probably not near so disagreeable as that of poor Harry and his companions. 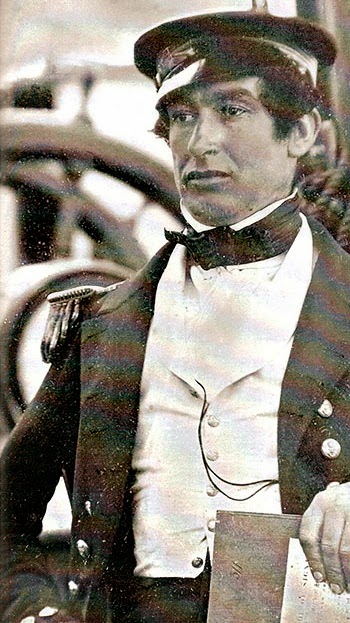 Harry Le Vesconte
The “poor Harry” to whom Wills referred was his cousin, Henry Thomas Dundas Le Vesconte, who, like Wills, was born in Devon in England, but who was almost 21 years Wills’s senior. 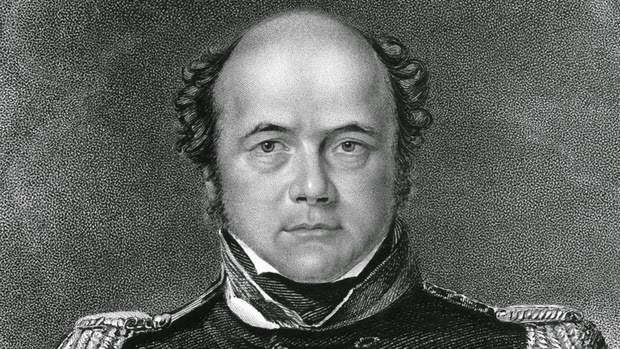 Rear-Admiral Sir John Franklin
The “disagreeable” position in which Le Vesconte and his companions had found themselves was being trapped in ice, aboard the Erebus, off King William Island in Canada, in September 1846. He died in the arctic wastes in March 1848.
Le Vesconte was second lieutenant to the Erebus under Rear-Admiral Sir John Franklin on Franklin’s ill-fated polar expedition of 1845, in which Franklin tried to chart and navigate a section of the Northwest Passage in the Canadian Arctic. Franklin and the all crew and officers of Erebus and the Terror perished. 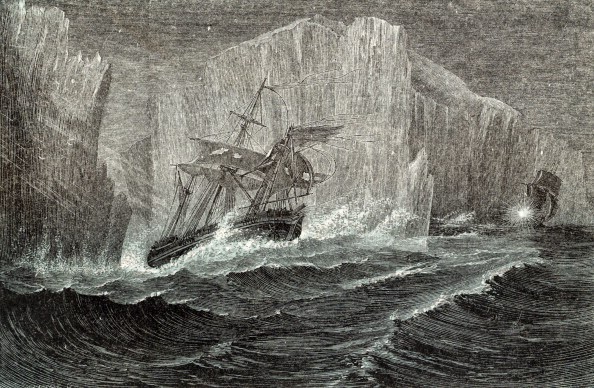 The Erebus and the Terror among icebergs. Chromoxylograph from The Polar World by G.Hartwig (London, 1874)
(This same Franklin, incidentally, was a popular lieutenant-governor of Van Diemen's Land [Tasmania] from 1836-43 and the Franklin River is named in his honour.)
Almost 13 years after Wills’s death in the Australian outback, and 26 years after the death of Wills’s cousin Le Vesconte in an Arctic wilderness, another explorer, William Ernest Powell Giles , was traversing Australia’s vast interior.
And here emerged a most remarkable coincidence which linked Wills, Le Vesconte and Giles’s fellow explorer, Alfred Gibson. 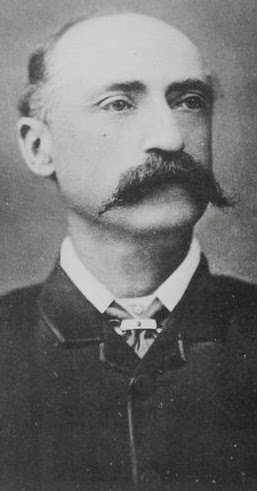 Ernest Giles
On April 21, 1874, Ernest Giles and Gibson left what Giles had called Circus Water, 10 miles east of Lake Christopher on the northern slopes of the Rawlinson Range in Western Australia. They headed west, toward a desert which would later be named by Giles after Gibson. 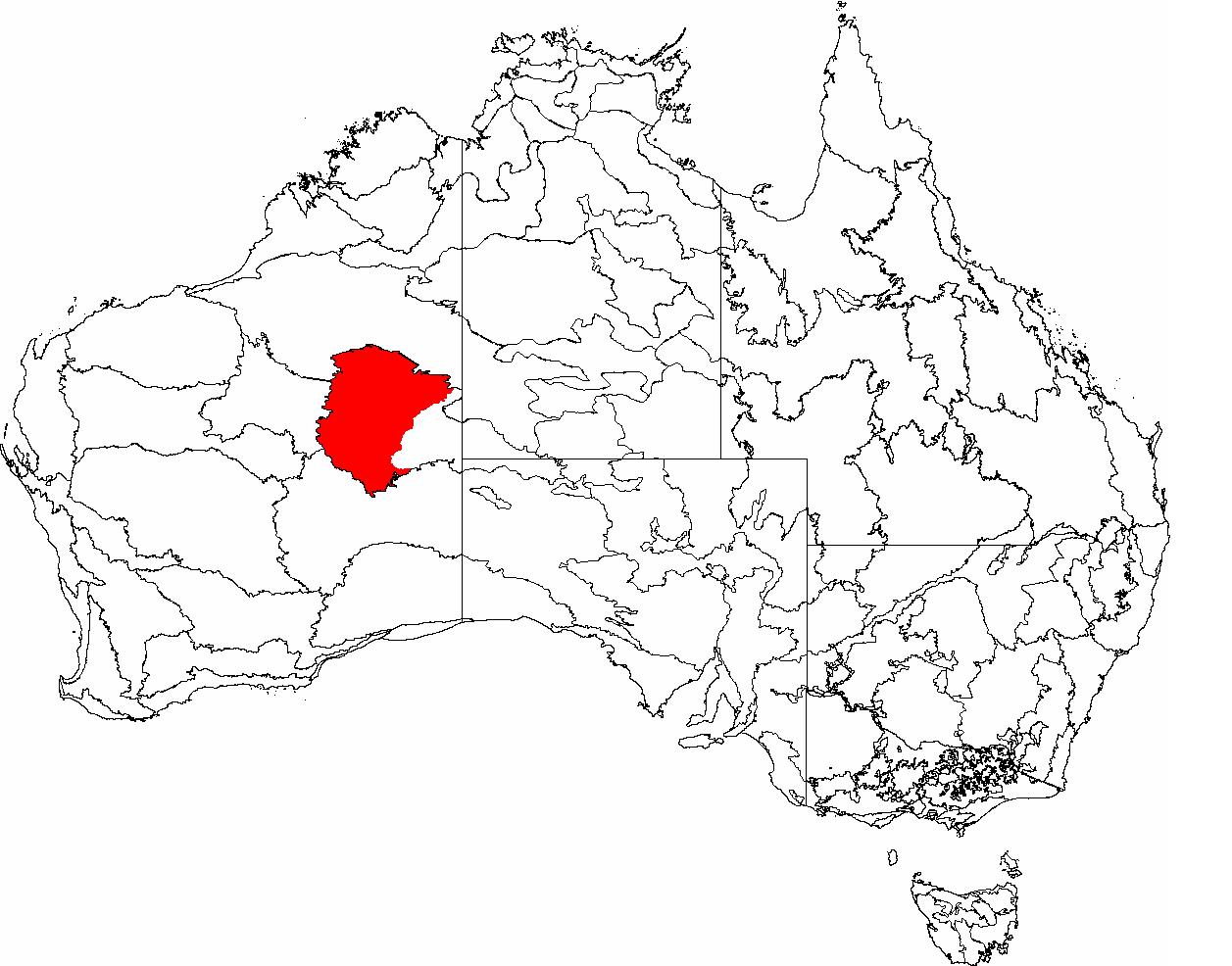 Gibson Desert
As they rode together, Giles remarked to Gibson “that the day was the [13th] anniversary of Burke and Wills's return to their depot at Cooper's Creek”. Burke and Wills had made it back from the Gulf of Carpentaria. 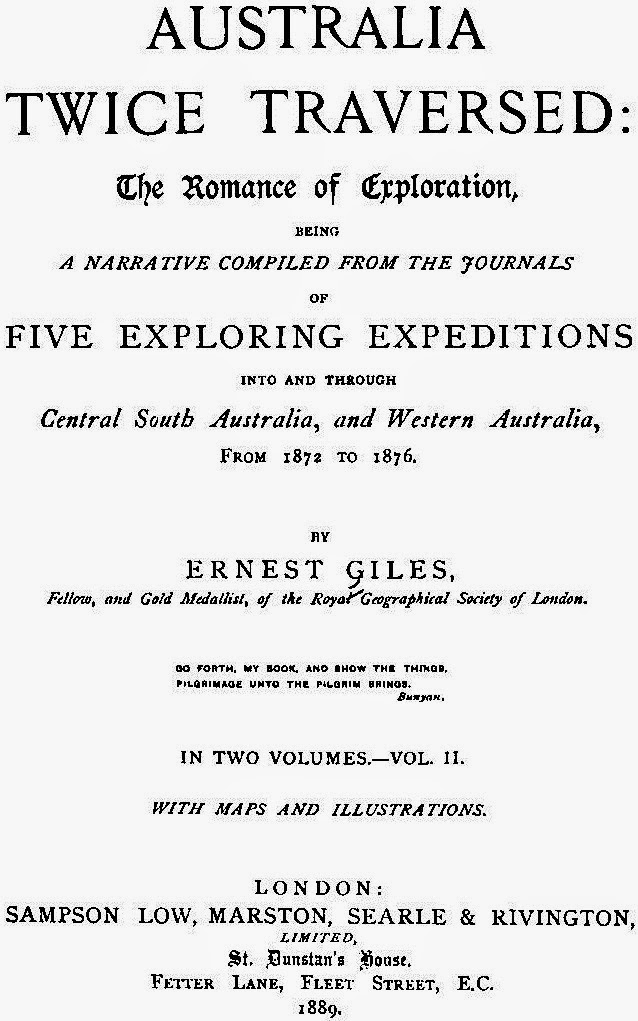 In his book Australia Twice Traversed, ironically subtitled “The Romance of Exploration”, Giles recounted his talk with Gibson. It was probably not what one might call a close conversation, as Giles made it clear that Gibson, even in the constant 100-degree heat, showed a great adversity to joining the group’s regular ablutions. Not even the ants would get close enough to nibble on him at night.
Nonetheless, wrote Giles, he “then recited to [Gibson], as he did not appear to know anything whatever about it, the hardships [Burke and Wills] endured, their desperate struggles for existence, and death there, and I casually remarked that Wills had a brother [actually a cousin] who also lost his life in the field of discovery. He had gone out with Sir John Franklin in 1845.
“Gibson then said, ‘Oh! I had a brother who died with Franklin at the North Pole, and my father had a deal of trouble to get his pay from government’.”
So William Wills had a cousin and Alfred Gibson a brother, both of whom died with Franklin, and both of whom were in their thoughts in the Australia outback a day or two before Wills and Gibson died.
Although Gibson told Giles about this at least 26 years after it had happened, and Giles regarded Gibson as “a young man” when he first met him, Gibson’s brother, William Gibson, was a 22-year-old subordinate officers' steward on the HMS Terror. 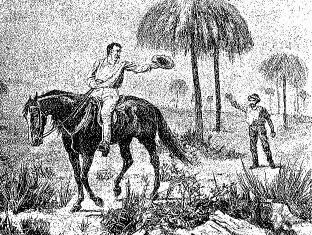 Giles bids farewell to Gibson
Giles’s recollections of his conversation with Gibson, two days before Gibson died, are revealing:
“He seemed in a very jocular vein this morning, which was not often the case, for he was usually rather sulky, sometimes for days together, and he said, ‘How is it, that in all these exploring expeditions a lot of people go and die?’ I said, ‘I don't know, Gibson, how it is, but there are many dangers in exploring, besides accidents and attacks from the natives, that may at any time cause the death of some of the people engaged in it; but I believe want of judgment, or knowledge, or courage in individuals, often brought about their deaths. Death, however, is a thing that must occur to every one sooner or later.’ To this he replied, ‘Well, I shouldn't like to die in this part of the country, anyhow’.”
Of course, Gibson did exactly that. He disappeared on horseback into his desert on April 23, 1874, and no trace of him was ever found.
*The name used by Wills himself was Cooper’s Creek. It is now called Cooper Creek. The date of Wills’ death is officially June 28, 1861, but it is now believed he may have died on June 30 or July 1. His letter to his father was brought back to Melbourne by the sole survivor of those who had reached the Gulf, John King. It ends,
“I think to live about four or five days. Spirits are excellent. Adieu, my dear Father. Love to Tom. W. J. Wills.”
Posted by Robert Messenger at 23:57