'I think that I know thoroughly every phase of life in Australia I write of; that I absorb the life of our people and country with love and an intense and intimate sympathy; I strive to express myself from those sources … My defect as a writer is probably that I am too much of the soil. But I'd rather be that and fall from universal standards than be less the medium for expression of this place and people.'
- Katharine Susannah Prichard 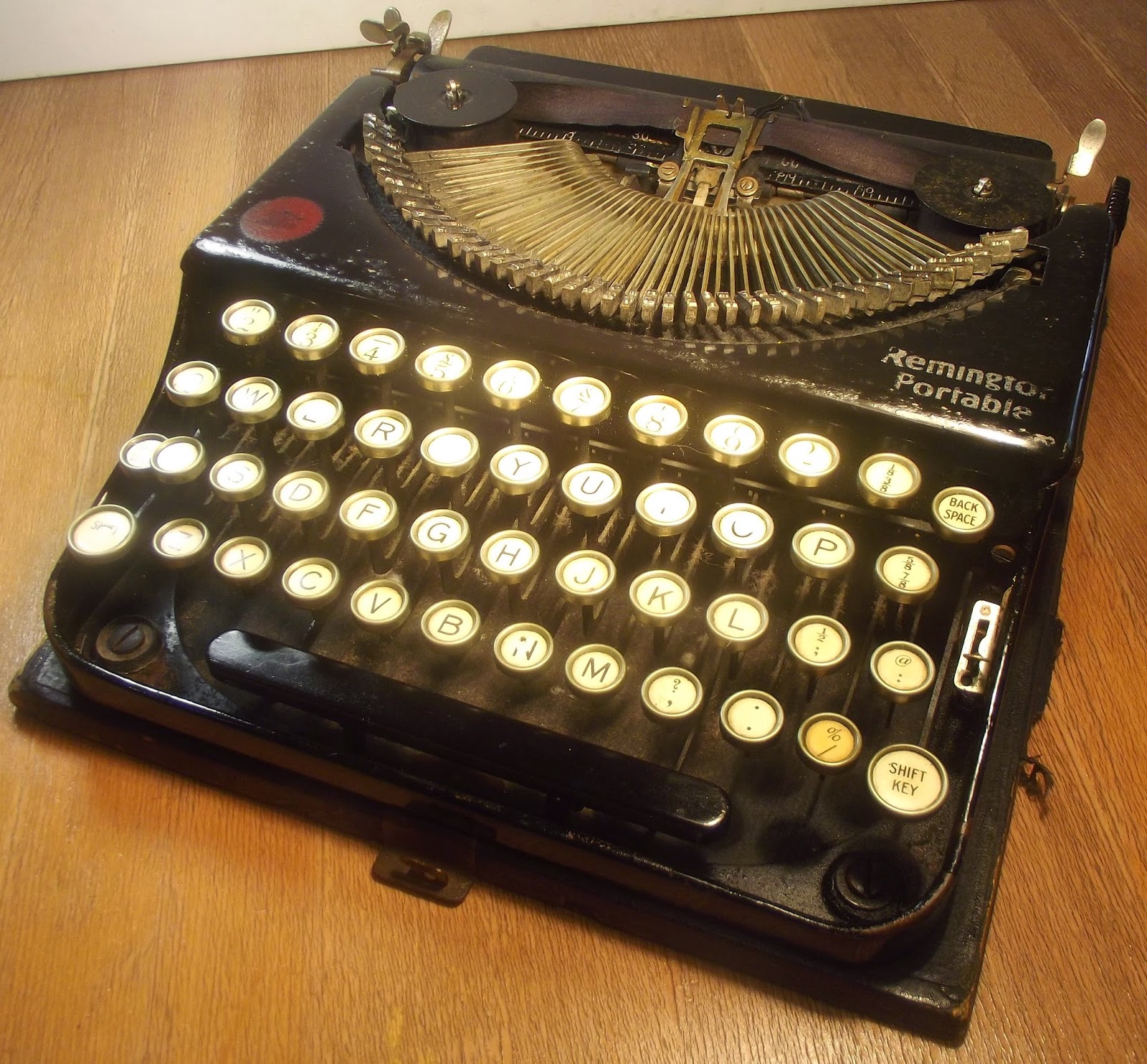 I feel deeply honoured to be the custodian, for sadly all too brief a time, of the Remington Model 1 portable typewriter upon which the great author Katharine Susannah Prichard wrote her classic Australian novels Working Bullocks and Coonardoo. In less than two weeks' time, when the Remington will be back in its permanent home in Tom Collins House, Swanbourne, Western Australia, the 45th anniversary of Prichard's death will be marked. 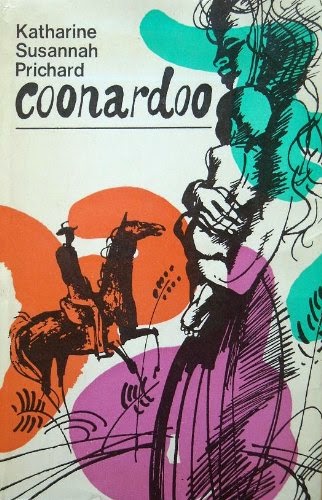 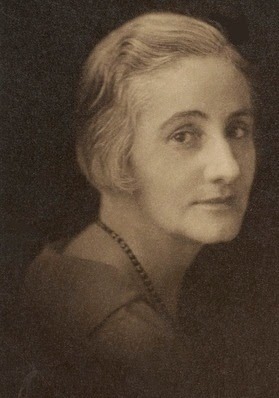 Katharine Susannah Prichard (1883-1969),
one of this country's greatest writers.
The author of 13 novels, five collections of short stories, 10 plays, two films, two volumes of verse, and with translations into 13 foreign languages and prizes for a novel, a short story and a play, Katie Prichard once confessed that she had been born "with ink in her veins". She would be delighted to know that, exactly 90 years after buying her Remington portable from Chartres in Perth, there is still some of that ink left in her typewriter's ribbon. 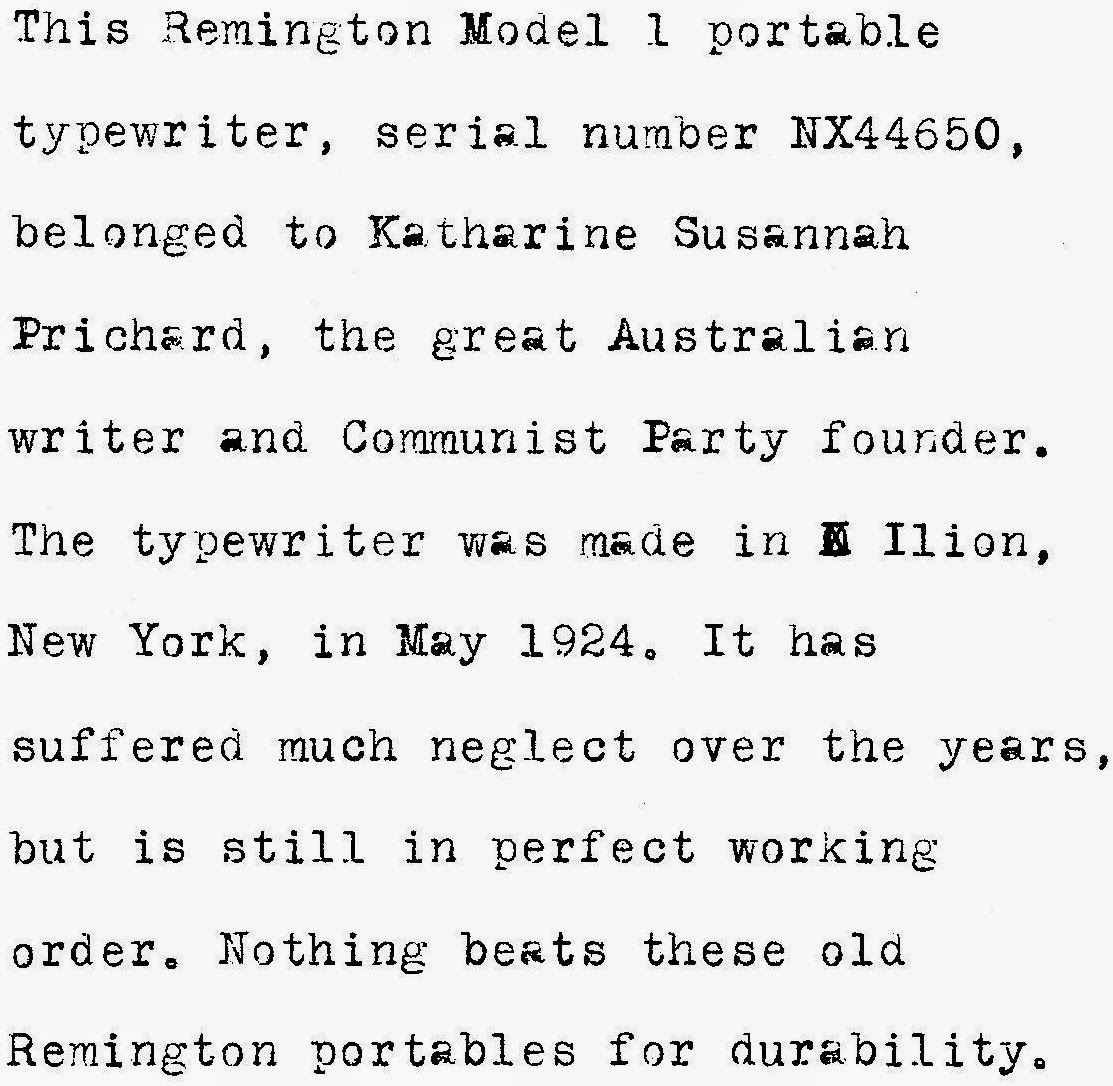 For Miles Franklin, Prichard's Working Bullocks represented "the breaking of a drought" in Australian novel writing. Now, for at least a few days, Franklin's Corona 3 portable typewriter sits just feet away from Prichard's Remington portable. What poetic justice!
Prichard's Remington portable has been entrusted to me by the Fellowship of Australian Writers (Western Australia), of which Prichard was a founder and life member. 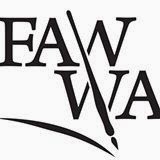 So delighted was the fellowship with the work I did in tidying up Joseph Furphy's New Franklin typewriter exactly one year ago, it has sent me Prichard's Remington. Furphy wrote his great Australian novel Such Is Life on the Franklin in 1903. The Franklin is now back in Western Australia, encased in a Perspex box and on display at Tom Collins House (see image below). 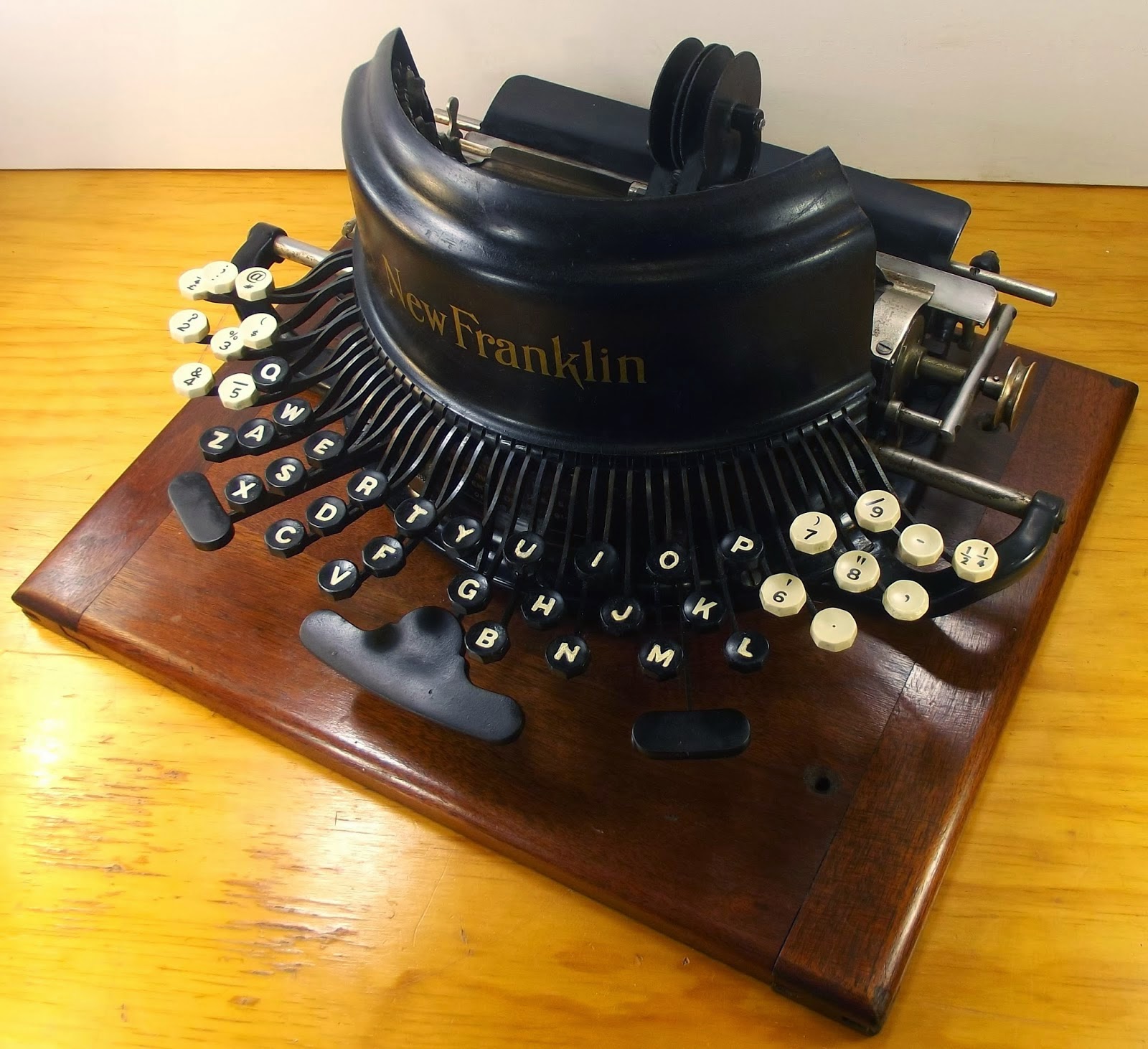 Back to my latest house guest, which, after an aborted attempt to get it to Canberra four months ago, arrived here this morning. It is in serious need of some TLC after more than 40 years of neglect. Prichard's Remington portable had been given the fellowship in 1973, just four years after her death, by her friend Annette Cameron. It was on open display, with its right side exposed to a window, hence the evident damage. Working Bullocks, which dramatised the physical and emotional traumas of timber workers in the karri country of Australia's south-west, was published in 1926. Coonardoo, a candid, sensitive and often poetic novel about a sexual relationship between a black woman and a white man, was notorious in 1928, even before it was published. Prichard submitted the manuscript under a male pseudonym ("Jim Ashburton") to the Bulletin’s £500 annual literary competition. It won equal first prize over the opposition of one of the judges, who protested that a white man could never feel any "higher emotion" than pity for an Aboriginal woman. When the Bulletin serialised the novel, in 15 weekly instalments from September 5, 1928, the magazine was inundated with so many letters of outrage that its editor refused to publish any further writing on the subject. Prichard’s hopes of publishing the book in Australia also came to nothing. George Robertson, the crusty head of Angus & Robertson, was quoted as saying that his firm had already done its "fair share of presenting to the world pictures of hardships and 'sordidity'". He knocked the novel back, although he suspected it would sell 10,000 copies, a very large number for the time. In the end, Coonardoo was published by Jonathan Cape in London and sold even more strongly than Robertson had predicted. Angus & Robertson finally bought the rights from Cape and published the book in 1954. The novel beautifully depicts the landscape as it was in the mid to late 1920s, when white settlers tried to control more of the bare plains of north-west Australia. 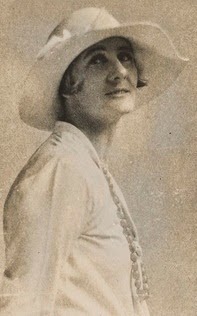 Katharine Susannah Prichard was born to the then Australian editor of the Fiji Times during a hurricane in Levuka on December 4, 1883. She spent her childhood in Launceston, Tasmania, and won a scholarship to South Melbourne College, Victoria, where her father, Tom Henry Prichard, was editor of the Melbourne Sun newspaper. Katharine worked as a governess in South Gippsland and in the far west of New South Wales, and later as a journalist for the Melbourne Herald. The New Idea had initiated her career as a journalist, publishing her prize-winning love story, "Bush Fires", on December 5, 1903, and a six-part romanticised version of her governessing experiences in May-October 1906. "You must make every word count" her editors told her. Her father suicided in 1907, but Katie, bearing a letter of introduction from family friend and former prime minister Alfred Deakin, took the editors' advice on board on an assignment to London and Paris in 1908. There she saw first-hand the misery of starving men and women, the homeless, and the desperation of the hunger marchers. This spurred her search for the way to a fairer world. "I wouldn't have the poor of London on my conscience", she wrote.
Her first novel, The Pioneers (1915), won the £250 Hodder & Stoughton All Empire Literature Prize, enabling Prichard to become Australia's first internationally recognised author. 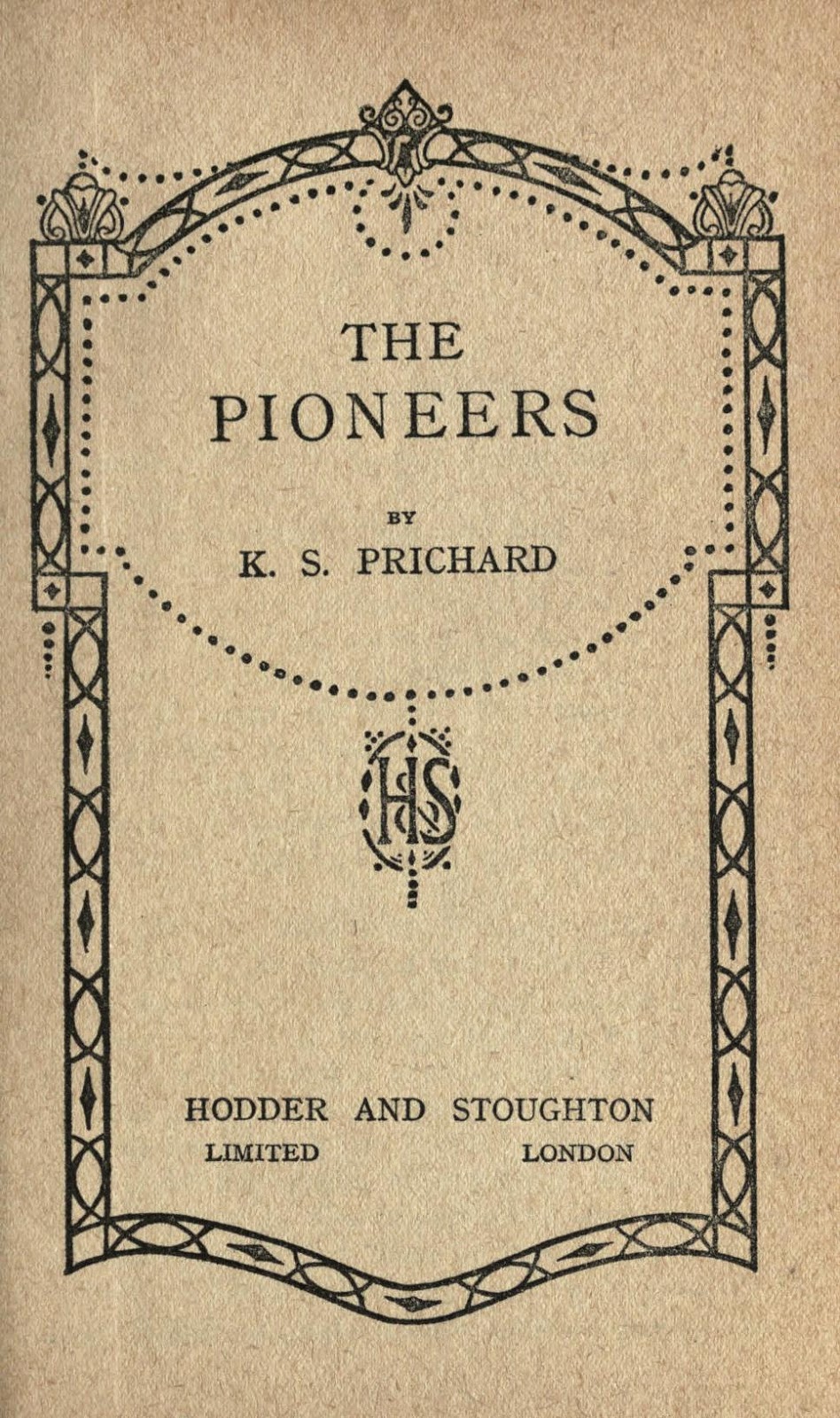 After Katharine's return to Australia, the romance Windlestraws and her first novel of a mining community, Black Opal, set among the opal miners of Lightning Ridge, were published. In 1920 Prichard moved with her husband Jim Throssell from Melbourne to Greenmount, on the Darling Ranges escarpment outside Perth, Western Australia, and lived at 11 Old York Road for much of the rest of her life. 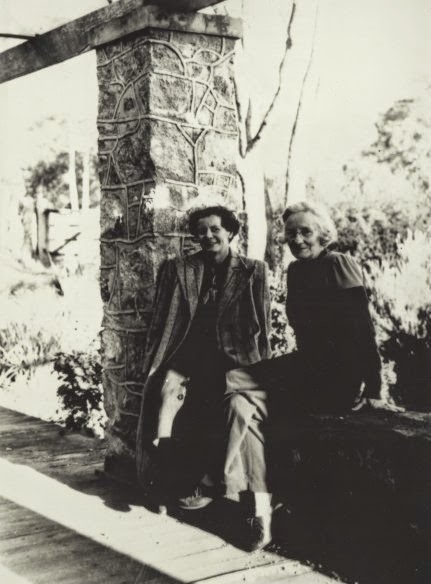 With fellow Australian author Eleanor Dark at Greenmount in 1948
She used her 1924 Remington portable typewriter to write most of her novels and stories in a self-contained weatherboard workroom near the house. The home has now become the Katharine Susannah Prichard Writers' Centre, a foundation promoting humanitarianism, the study of Prichard and encouraging writing in Western Australia. 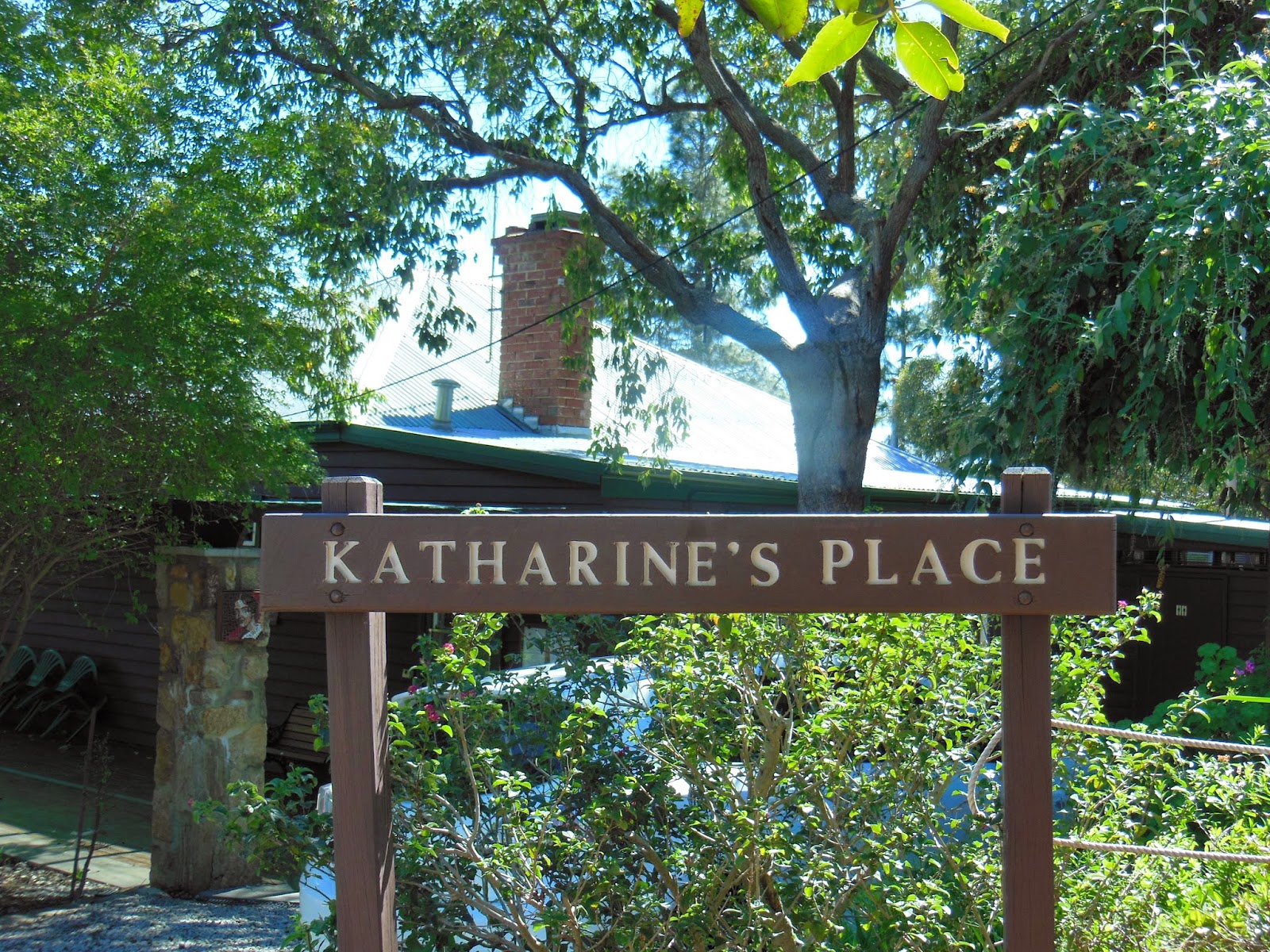 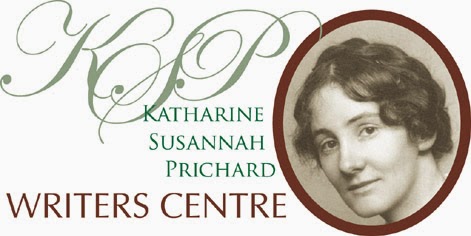 Prichard married war hero and Victoria Cross winner Hugo Vivian Hope 'Jim' Throssell (1884-1933) on January 28, 1919. They had met in London during World War I, when Jim was in a convalescent hospital for Australian soldiers. Their only son, Richard Prichard 'Ric' Throssell (1922-1999) was an Australian diplomat and author whose writings included novels, plays, film and television scripts and memoirs. His career was dogged by unproven allegations that he either leaked classified information to his mother or was a spy for the Soviet Union. 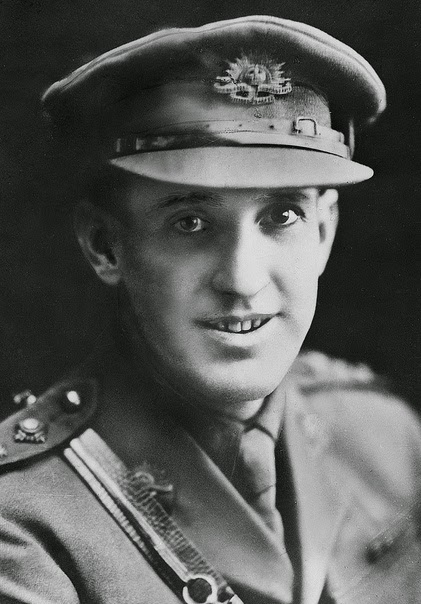 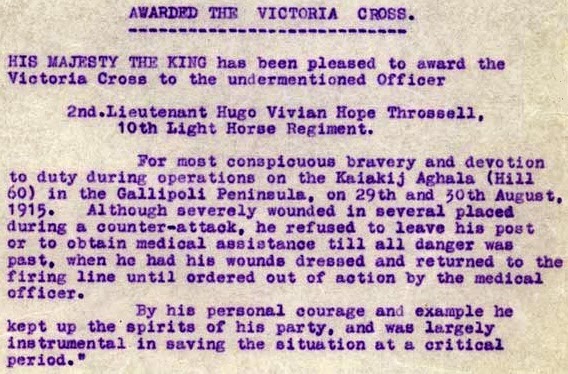 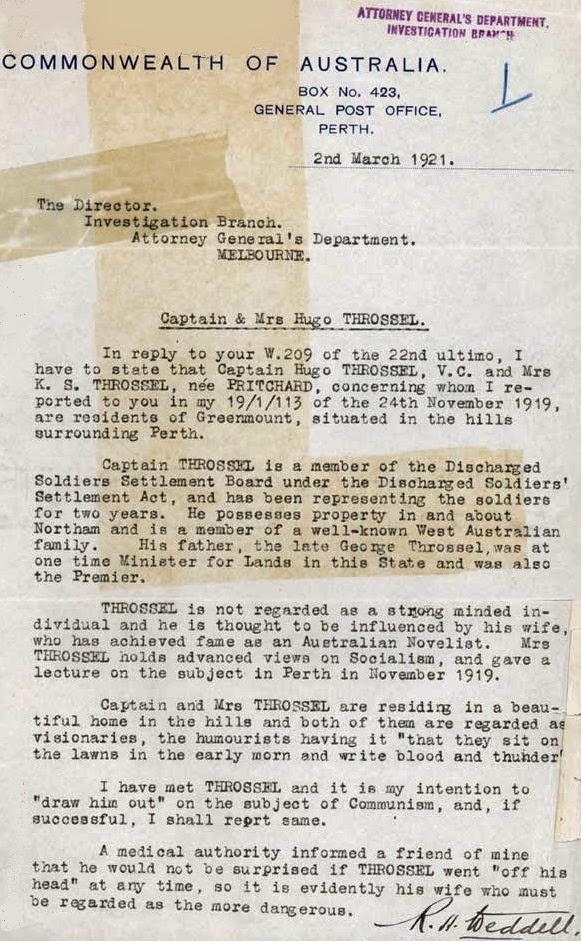 An Australian spy agency letter declaring a VC winner suffering from post-traumatic stress disorder as "not strong-minded" and Prichard as "dangerous".
Katie Prichard was a founding member of the Communist Party of Australia at the end of 1920 and remained a member for the rest of her life. She worked to organise unemployed workers and founded left-wing women's groups, and during the 1930s she campaigned in support of the Spanish Republic and other left-wing causes. While Katie was visiting the Soviet Union during the Depression in 1933, Jim Throssell, unable to find work, obsessed by overwhelming debt and a sense of failure, shot himself  (their son also later suicided). 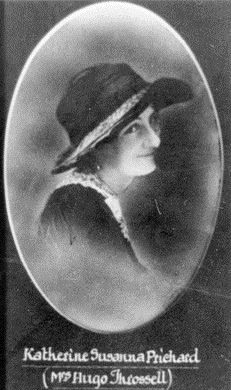 As a pamphleteer and public speaker, Prichard fearlessly and emotionally promoted the cause of peace and social justice. She was awarded the World Peace Council medal in 1959. In 1964 she wrote her autobiography, The Child of the Hurricane (having been born at the height of one in Fiji). It reflected on a lifetime of conflict, triumph, tragedy and unremitting struggle for the things she believed in, including nuclear disarmament. 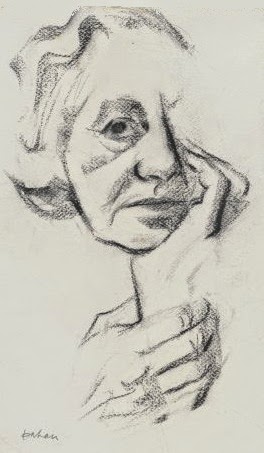 A stroke that left her unable to move her hand interrupted her last novel, Subtle Flame, dedicated to the peace movement. Prichard died at her home in Greenmount on October 2, 1969, aged 85. Her ashes were scattered on the surrounding hills. 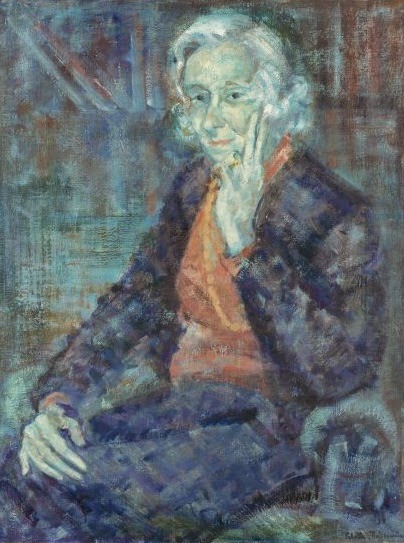 The 1996 Australian film Shine depicts the close correspondence between Prichard and Australian pianist David Helfgott (played by Geoffrey Rush). Prichard helped raise money for Helfgott, to enable him to go to London to study music. 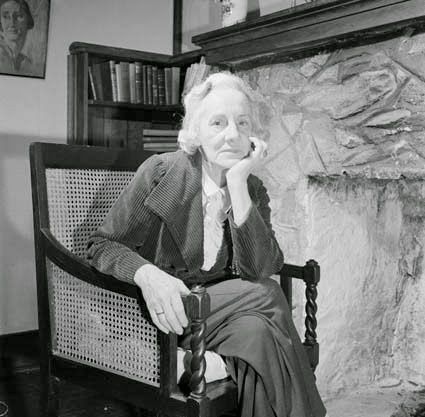 The lady who gave Prichard's Remington portable typewriter to the writers' fellowship was Annette Elizabeth Cameron, née Moore and formerly Aarons (1920-2008), a feminist and political activist. Her political interests were awakened by the Spanish Civil War, which led her to join the Anti-Fascist League and, in 1941, the Communist Party of Australia. Moving to Sydney, she worked for the party, was briefly jailed for her role in a protest supporting Indonesian independence, and developed a friendship with Prichard. Having met prominent communist Sam Aarons in Sydney, she married him and returned to Perth; they had one son, Gerald, in 1949. In the late 1950s Annette and Gerald were flown to China by the Maoist government to visit Sam, who had suffered a heart attack; The West Australian alleged that Mao Zedong was so impressed by her that he "made it clear that a place was waiting for her as his consort". Annette's interests lay in the Australian communist movement, however, and she stood as a candidate for the Senate in 1955 and 1958 and for the House of Representatives in 1966. During the 1960s she was prominent in the anti-Vietnam War movement. Sam Aarons died in 1971 and Annette married Duncan Cameron, who was also an active communist; they were leading organisers of the Vietnam War moratoriums and campaigned for Aboriginal rights.
Posted by Robert Messenger at 15:58

What an interesting woman. How neat that you were entrusted with her typewriter!

A very interesting story and a beautiful machine to boot! I'd buy one if I could find one in working order.

As a collector, I'm proud to have seven machines. But as an author, I keep wondering which one I'd prefer to appear next to my name the most often. Of course, back then, it might have been highly unlikely that a person would own more than one, for any reason.

So glad to learn more about KSP's typewriter, and that it's being restored well. I'm currently researching her life and work for my PhD.