Typing the blinkers off Sea-Blindness

"[Ray Parkin's Prisoner of War] writings have a Homeric quality, not in the sense of celebrating battlefield virtuosity, but in their poetic largeness of spirit, in their refusal to peddle shibboleths or to buckle to self-pity, and in a pervasive if discriminating generosity that recognises the maimed humanity of the Japanese captor, men like the prisoners themselves entrapped by the all-in viciousness of war."
"For a maritime nation such as Australia, truly girt by sea, the dearth of knowledge of our naval history and its contribution to nation-building, in particular in the human quotient, is disappointing. Some call it 'sea-blindness' and it is something we must all work to correct."
- Reviews of Pattie Wright's 2012 book, Ray Parkin's Odyssey 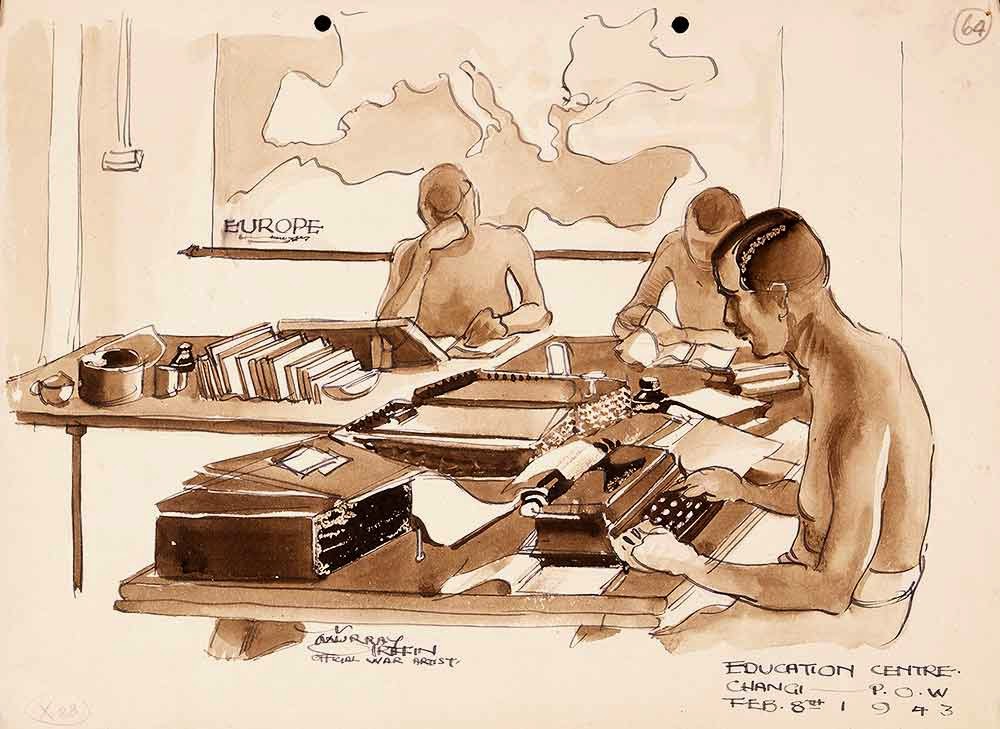 This drawing of what the prisoners termed "Changi University", by Australian official war artist Vaughan Murray Griffin, was made in the infamous Changi Prisoner of War camp in Singapore in 1943. 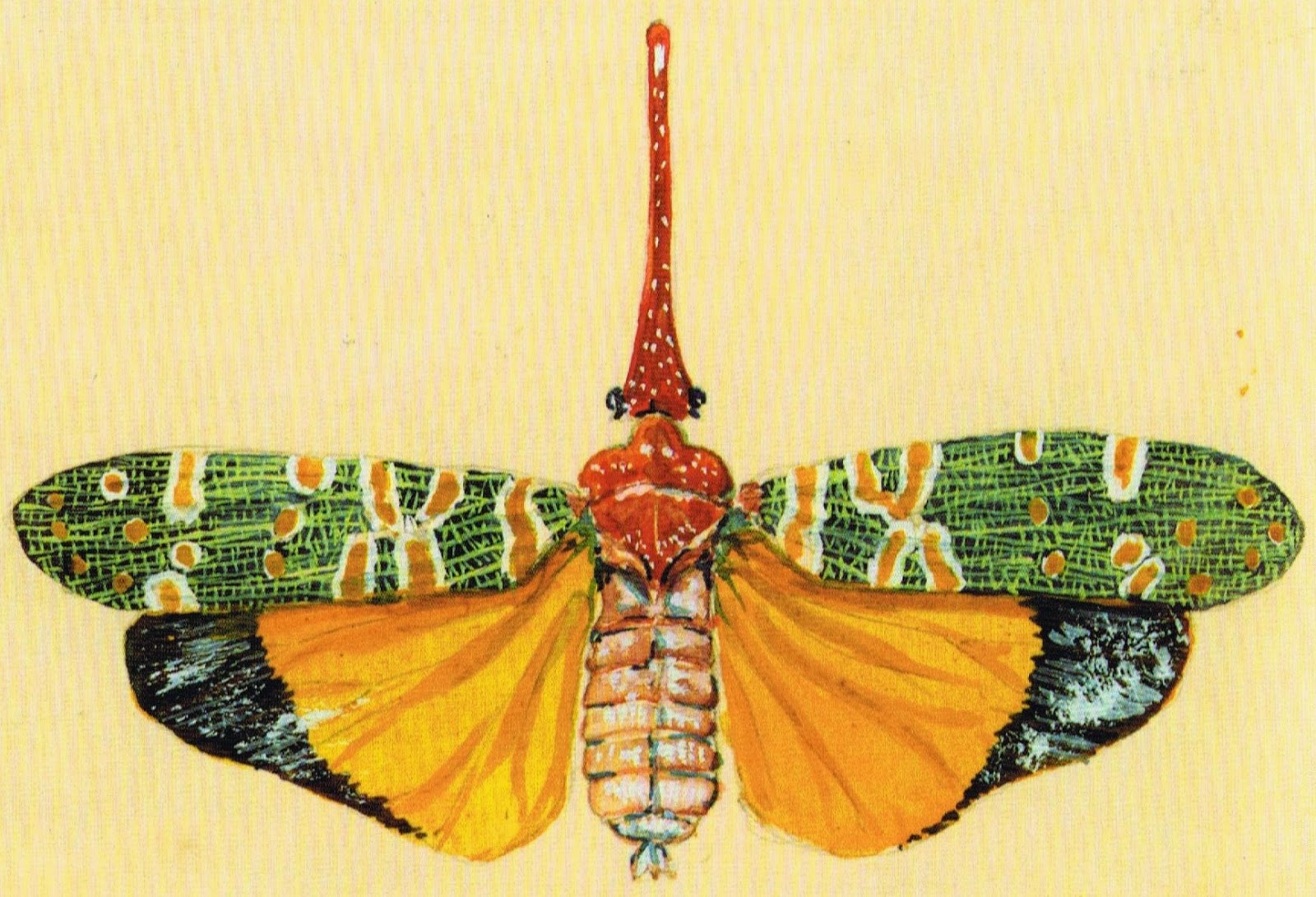 An example of the watercolour artwork of Ray Parkin, of a will-o'-the-wisp beetle given to him in 1944 by fellow prisoner of war (later Sir) Weary Dunlop. 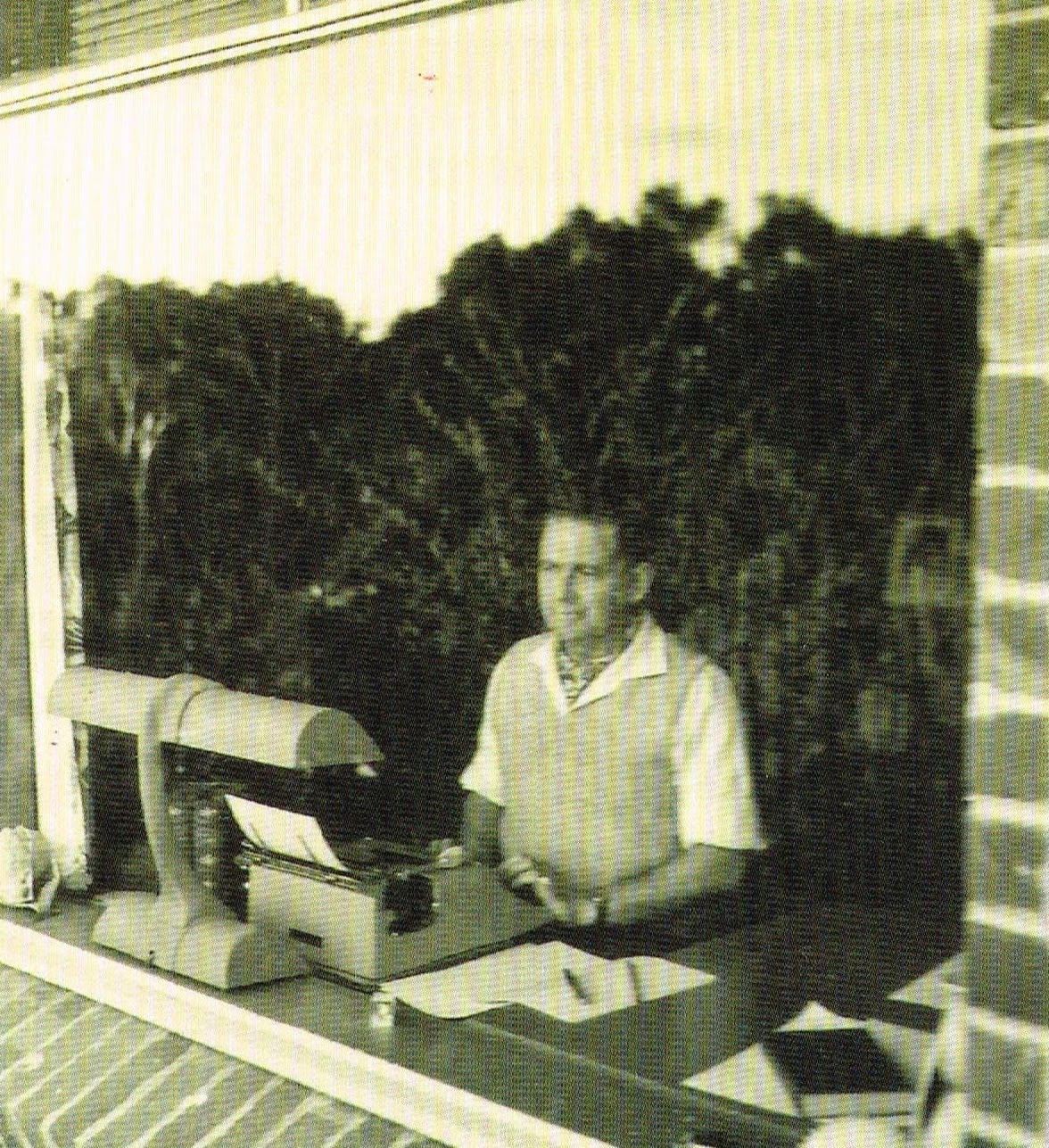 Author Ray Parkin at his Olivetti Studio typewriter at his home in Ivanhoe, Melbourne, in 1956, when he started writing his trilogy based on his prisoner of war diaries. 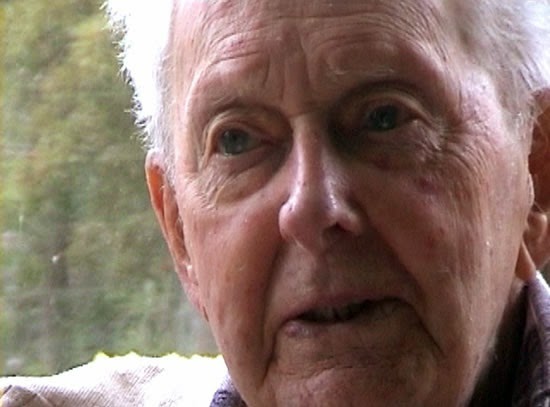 Raymond Edward Parkin was an Australian sailor, writer, artist and historian, noted for his memoirs of World War II and a major work on James Cook's Endeavour voyage. He was born in Collingwood, Melbourne, on November 6, 1910. After leaving school at 14, Parkin worked for an engraver and then joined the Royal Australian Navy in 1928 . By 1939 he was chief petty officer on board the Australian light cruiser HMAS Perth. The Perth saw duty in both the Mediterranean and South-East Asia theatres of war. Before that her sole peaceful mission was a trip to New York to represent Australia at the 1939 World's Fair.
Parkin survived the sinking of Perth in the Sunda Straits off Java in March 1942 and spent 11 hours in the water. Washed ashore on a small island, he and nine others tried to make it back to Australia in a lifeboat called Anzac. However, after 16 days at sea they became prisoners of war at Tjilatjap. Parkin was imprisoned in Bandoeng camp and worked on the infamous Thai-Burma Railway. In March 1944 he was shipped to Japan and became a labourer in an underground coalmine near Ohama. 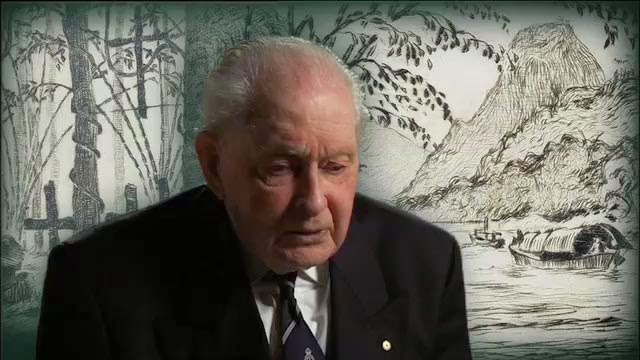 A video interview with Parkin about working on the Thai-Burma railway and Hellfire Pass can be seen here.
During his imprisonment Parkin became a close friend of fellow prisoners (later Sir) Ernest Edward "Weary" Dunlop, the Australian surgeon renowned for his leadership of prisoners, and (later Sir) Laurens Jan van der Post, an Afrikaner author, farmer, war hero, political adviser to British heads of government, educator, journalist, humanitarian, philosopher, explorer and conservationist. When Parkin was shipped to Japan, Dunlop kept Parkin's collection of drawings and diary notes in a false bottom of his operating table. 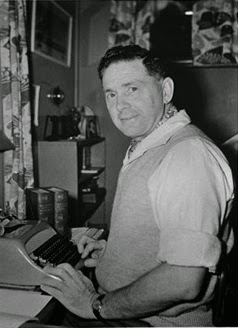 Parkin at his Olivetti Studio typewriter
Van der Post encouraged Parkin to write and introduced him to Hogarth Press, established by Leonard and Virginia Woolf. Hogarth published Parkin's war trilogy, Out of the Smoke (1960), Into the Smother (1963) and The Sword and the Blossom (1968).

In 1997 Parkin published in two volumes a book about Cook’s 1770 voyage : H.M. Bark Endeavour: Her Place in Australian History. Parkin started researching the voyage in December 1967 after coming across an inaccurate picture of the ship while looking for a representation upon which to base a Christmas card. The research took 13 years, and it then took another 17 years to find a publisher. But finally Parkin's work restored the reputation of Sydney Parkinson, a draftsman on the voyage. Received wisdom had been that Parkinson had taken artistic license, since his drawings seemed inexact and differed from Admiralty plans. 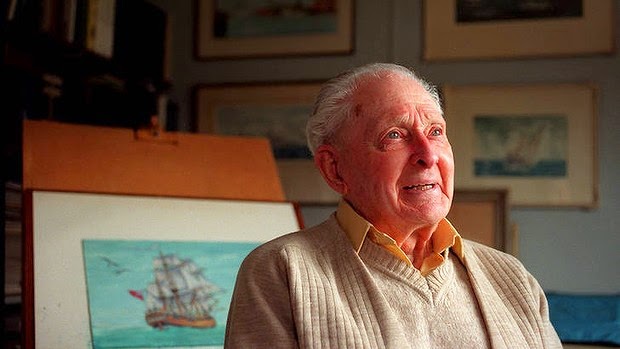 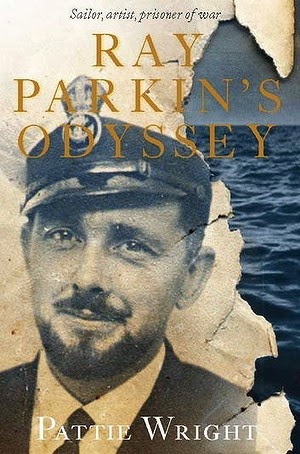 Thank you for the site that fully describes the difficult time so many went through and so many didn't survive.
I'm proud that my dad was able to paint to keep sane and retain these images now on www.changipowart.com