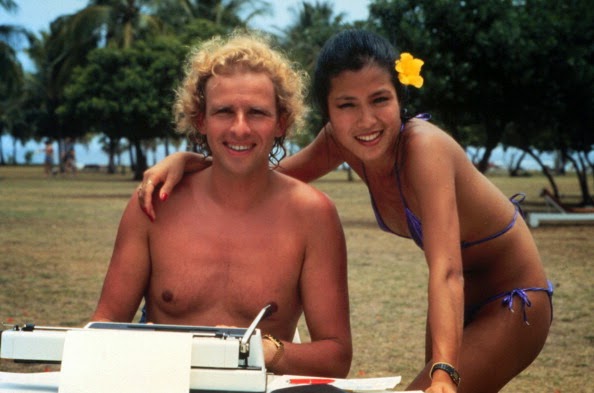 Across the Tasman in good ol' conservative New Zealand, a technology magazine is in hot water today for promoting its wares with bikini-clad lasses at an expo in Auckland. God forbid that any of our 'technology' magazines, ETCetera, The Typewriter Exchange and Historische Bürowelt, should ever be so shallow and insensitive! But is such a sales push no more than just good, clean fun? 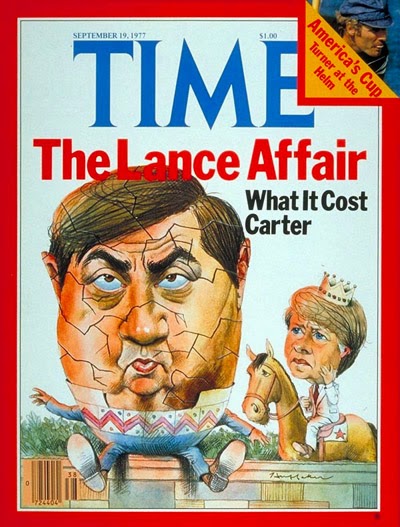 I guess we should have put that question to Bert Lance before he fell off the perch last year. Lance was the American businessman who served as director of the Office of Management and Budget under US President Jimmy Carter in 1977, and is credited with coining the phrase, "If it ain't broke, don't fix it". Lance was quoted saying it in the May 1977 issue of the magazine Nation's Business.
The expression "If it ain't broke, don't fix it" came to mind on Friday when I received the latest edition of ETCetera magazine, now edited by Ed Neuert. 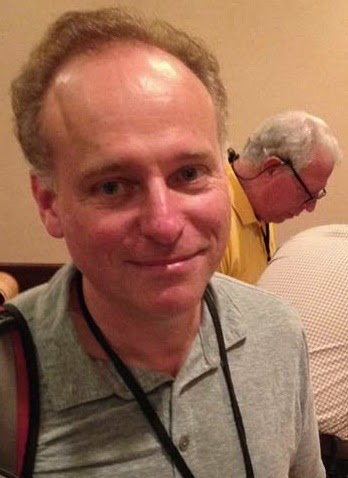 Ed Neuert and, behind him long-time ETCetera contributor Peter Weil, at the Milwaukee convention last month.
Photo by Richard Polt.
In the past year or so, there has been a lot of healthy and welcome discussion among subscribers about future directions ETCetera might take, starting with questions asked by Jos Legrand about a possible "generation gap" between some of today's typewriter collectors, and ETCetera's non-appeal to current non-subscribers. That exchange involved such things as online developments, notably the emergence of the Typosphere.
Call me a blinkered anti-activist, a fence-sitter or a Humpty Dumpty if you will, but my first reaction upon reading the latest ETCetera was Bert Lance's phrase. To be blunt, I can't for the life of me see that there's anything "broke" about ETCetera. 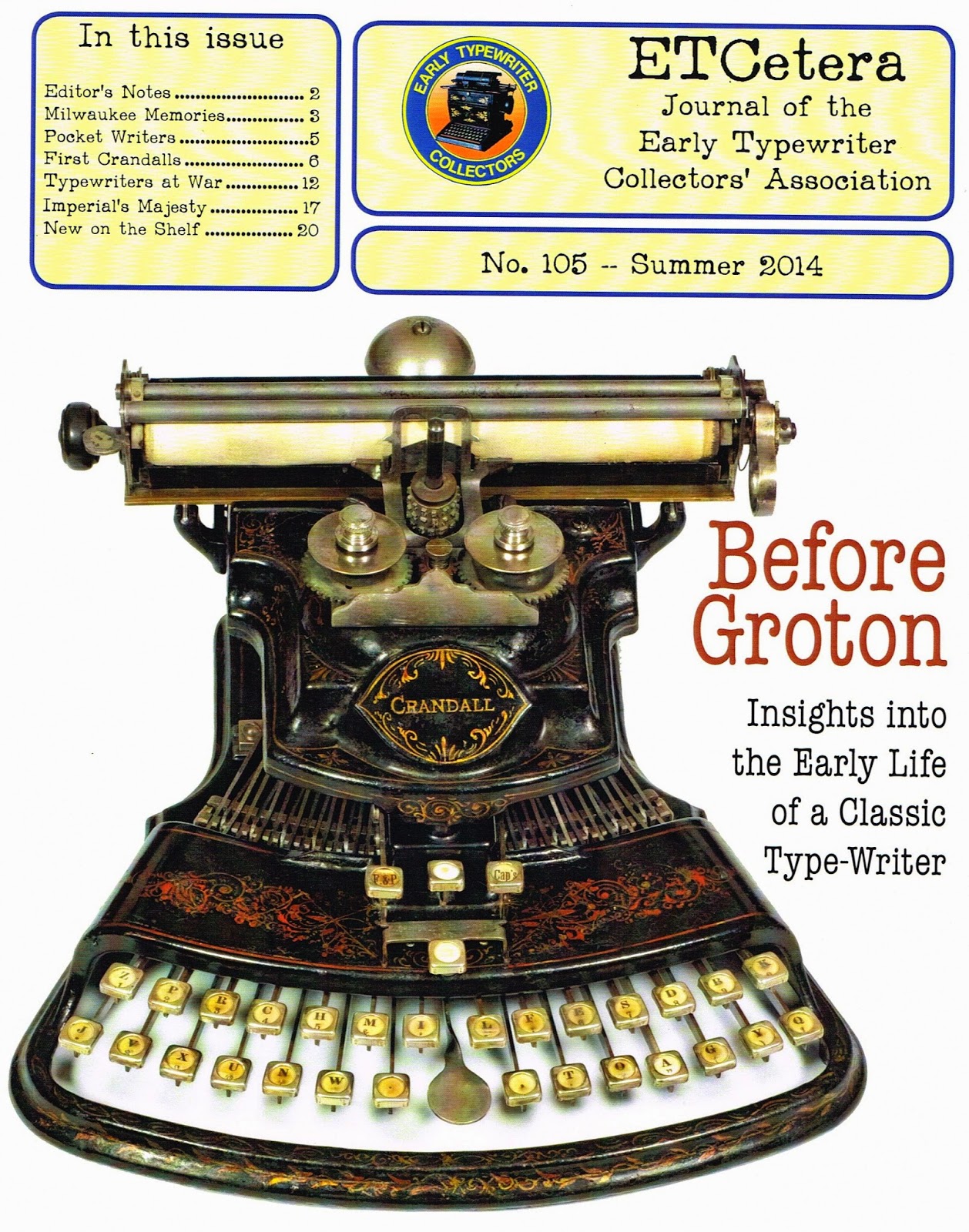 I love ETCetera. I always have. I love the way it looks and what it contains, and, frankly, I wouldn't change its basic format for quids. But then, maybe I'm a voice in the wilderness on this. Should ETCetera be actively seeking an upsurge in subscriptions? From what I can gather, it's doing pretty well as it stands, and at this time there appears to be no immediate threat to its future. On the other hand, I'm no Time Lord or soothsayer, so I guess it is possible I'm being overly optimistic, or unduly confident. 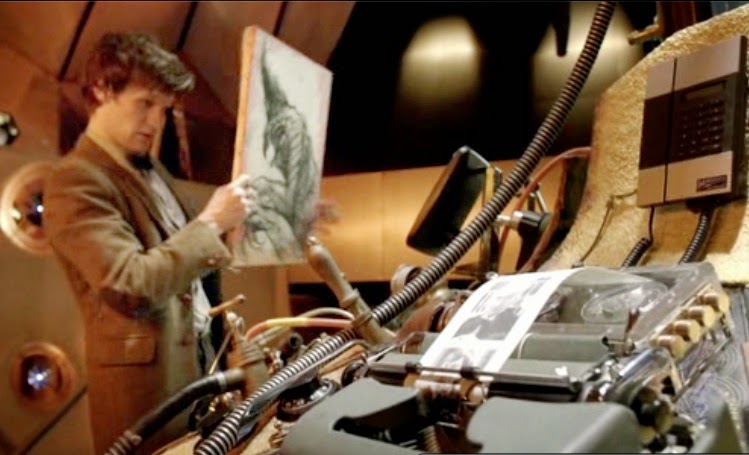 ETCetera is coming up for its 27th anniversary next month and it has evolved greatly since Darryl Rehr brought out the first issue in October 1987.  As someone who has a full collection of all 105 editions, I fell qualified to offer the opinion that it changed most positively under the editorship of Richard Polt, which covered 30 issues from 2006-12. New standards in the editing, layout, content and quality of production were set during that time.
Every effort to maintain those standards has been made since Richard stepped down. Yes, there have been some problems with the regularity of the magazine - most of them caused by things beyond anyone's control. But an acting board of directors has shown every determination to sort this out, and to ensure four editions continue to appear each year.
The latest edition of ETCetera offers an opportunity for subscribers to have their say on the make-up of this board, and presumably through this process to promote ideas on where ETCetera should be headed. I do hope they avail of the opening.

For the time being, at least, I am on this board, along with Bert Kerschbaumer and Reinmar Wochinz in Germany and Richard Polt and Peter Weil in the US (editor Ed Neuert and treasurer Herman Price are ex-officio). So, yes, I do have a vested interest here; but believe me, this post is not a plea for support. Whatever the outcome of the vote, ETCetera will remain in very safe hands.
Nonetheless, regardless on whether I retain my place on the acting board, I'm hoping ETCetera continues down the path it has taken as it has evolved over the past 27 years. This latest edition is, I think, an excellent example of what ETCetera continues to offer - in ongoing abundance. The articles by Ed (on the Milwaukee convention), Martin Howard (on the early Crandall), Flavio Mantelli (on the Taurus) and the marketing of typewriters during wartime, by Peter Weil, are all thoroughly researched, well written, very readable and beautifully illustrated.

Maybe ETCetera isn't yet as ideal as it could be. If you feel differently than I do about the journal, as it is now, this is the time to express those contrary views, by accepting the invitation to submit nominations for the board. I hasten to add that my thoughts on the state of ETCetera are not in any way meant to represent the views of the entire acting board. But I think it's safe to say we're all pretty much typewriting brothers-in-arms. 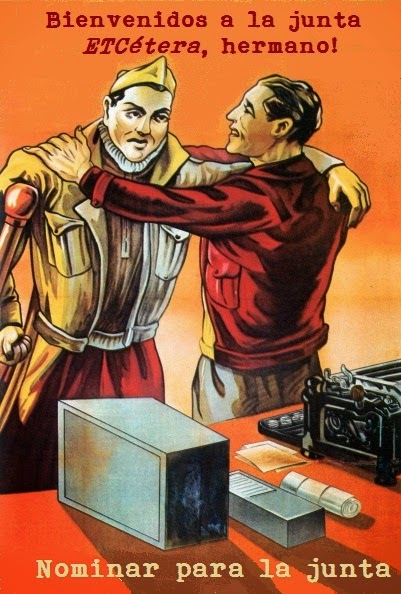 Not every edition of ETCetera is going to be filled to the gills with content that totally engrosses every single reader. Show me a publication which can claim to do that. My experience tells me that certain sections and articles appeal greatly to some readers, not so much to others. The thing is, for a publication of its size, ETCetera does meet a very wide range of typewriter interests. Given the low cost of an annual subscription to ETCetera ($35), I doubt anyone has ever suggested they weren't getting their money's worth. In the English language, there simply isn't another publication quite like ETCetera. It's good that The Typewriter Exchange has been able to fill a slightly different gap, and my observations about ETCetera are in no way intended to be a reflection on the excellent job Typex does.
Long may ETCetera live, in print, and pretty much the way it is now - full of really great stuff, and no bikinis! 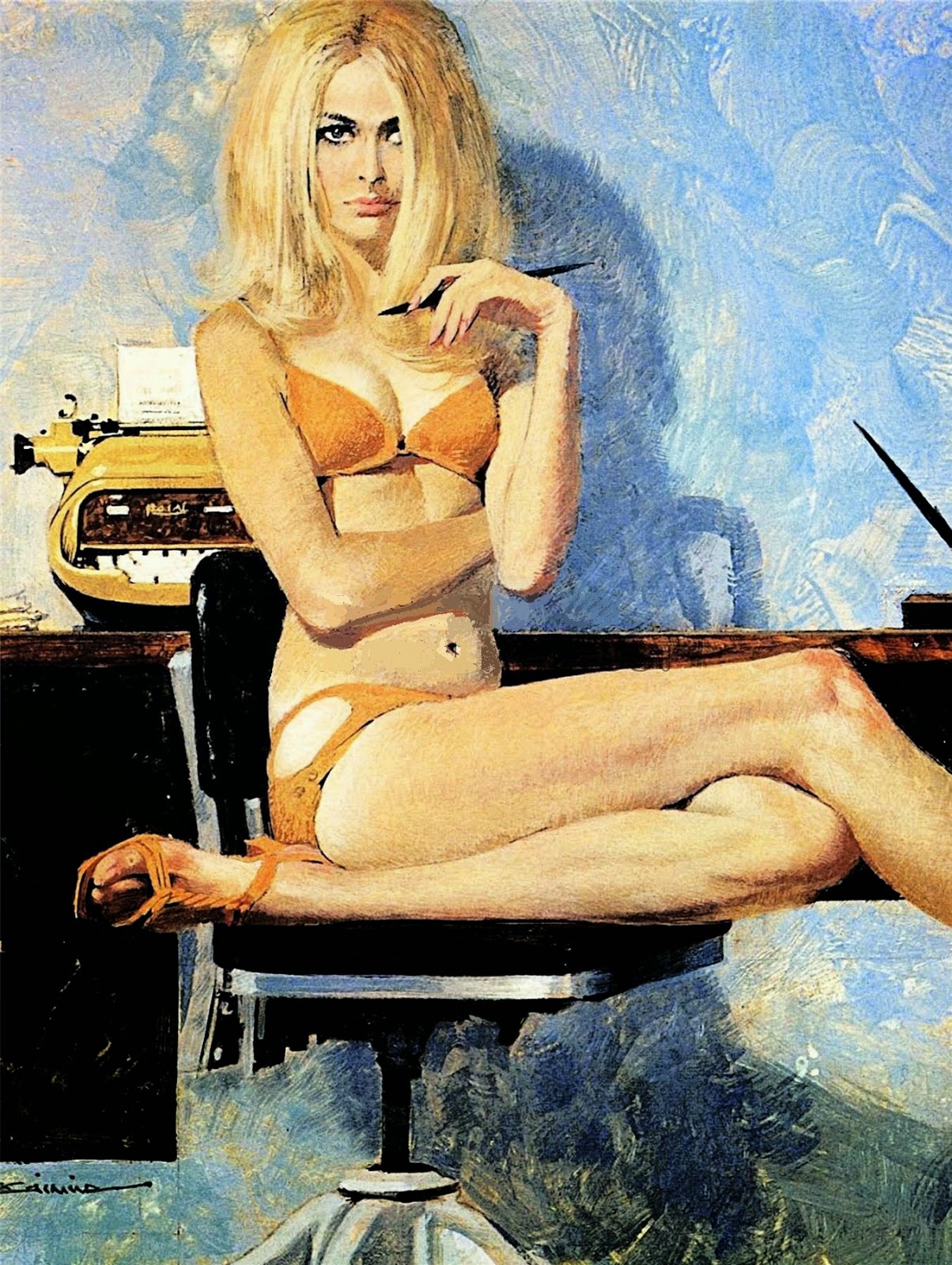 Posted by Robert Messenger at 11:23

I agree about ETC., but I've gone through my copy of ETC. #105 and see no notice of an election of the Board. Is it in the magazine itself?

Hi Ted. Yes, there should have been a letter enclosed, under an ETC letterhead. I can alert Herman to this if you like. The ballot sheet will be in the next edition, due late next month (October).

ahh, it was stuck in the envelope, found it! (: