Typewriters and Certainties: A Short Salute to Van Quine 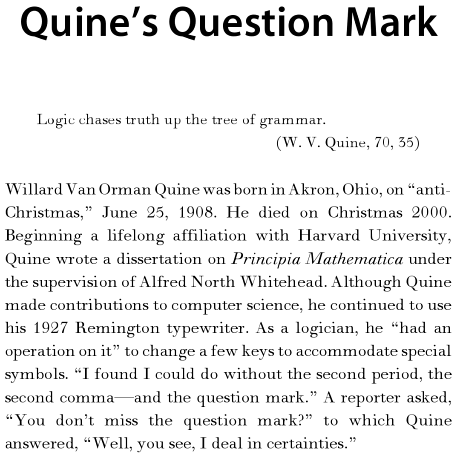 From A Brief History of the Paradox: Philosophy and the Labyrinths of the Mind, by Roy Sorensen, professor of philosophy at Dartmouth College. 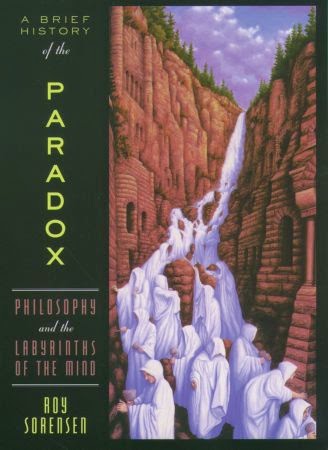 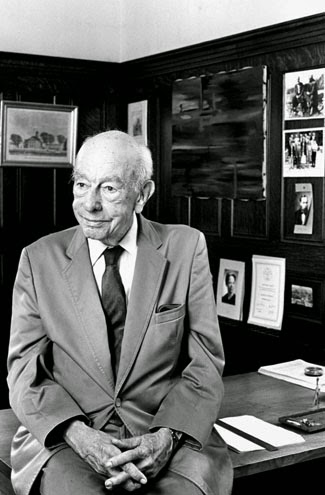 In Van Quine's obituary, written by Christopher Lehmann-Haupt, The New York Times said, "Although a 'Quine' is defined in the New Hackers Dictionary as 'a program that generates a copy of its own source text as its complete output', Van Quine never wrote on a computer, always preferring the 1927 Remington typewriter that he first used for his doctoral thesis."
Willard Van Orman Quine (June 25, 1908-December 25, 2000) was an American philosopher and logician in the analytic tradition. From 1930 until his death, Quine was continually affiliated with Harvard University in one way or another, first as a student, then as a professor of philosophy and a teacher of logic and set theory, and finally as a professor emeritus who published or revised several books in retirement. He filled the Edgar Pierce Chair of Philosophy at Harvard from 1956 to 1978. A poll conducted among analytic philosophers named Quine as the fifth most important philosopher of the past two centuries.
Posted by Robert Messenger at 10:37

I'll be teaching Quine's "Two Dogmas of Empiricism" in a course this semester.