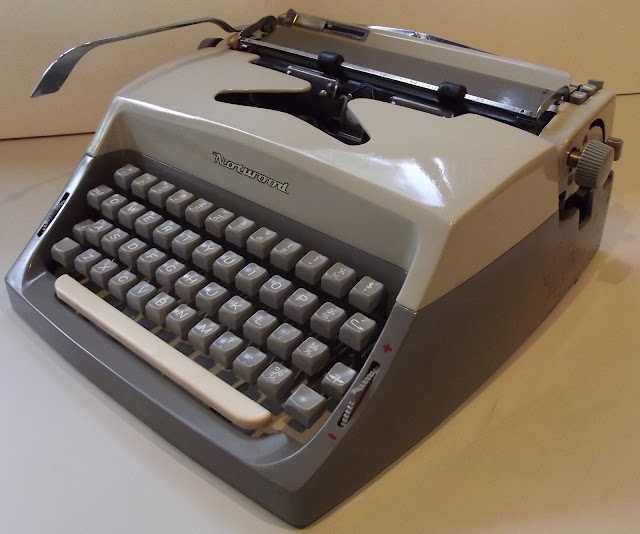 This, I am very pleased to say, is the Czech-made Norwood typewriter I mentioned in a previous post as having won on Australian eBay for 99 cents. It is one of those portables with a detachable carriage, which Will Davis describes as rare. 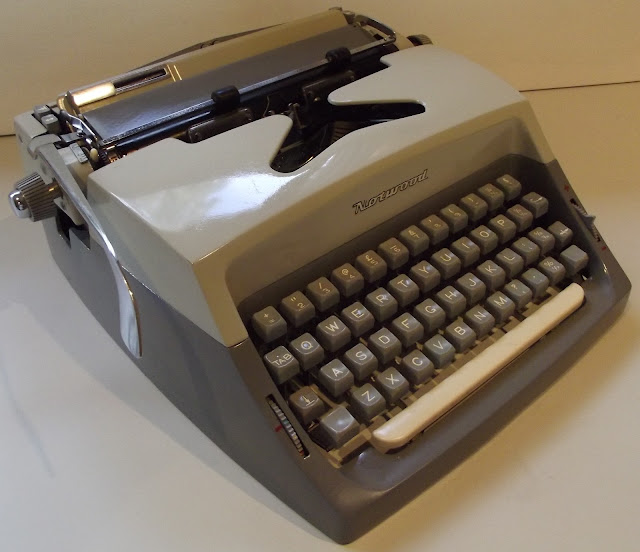 I was embarrassed to win it at that price and told the seller so, offering to pay him an extra $20 or more for his efforts. However, he refused to accept any more money for it, saying he once had a small collection of typewriters but that space and domestic pressures had forced him to sell it off. The Norwood had to go, regardless of price. 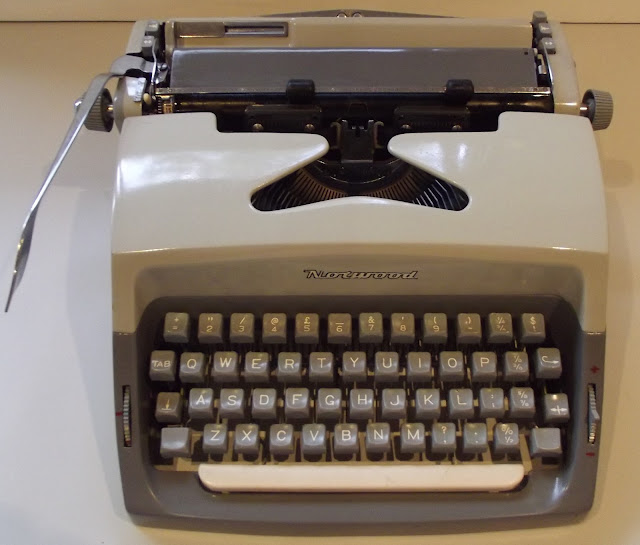 Nonetheless, the seller, in listing the machine, was under the impression it had no “return string”. He was honest enough to say, “[It] needs the return string or wire replaced before you can use it."
Having not seen the typewriter, I was in no position to know better. The drawband was attached and working fine, as was the mainspring. The problem was that the carriage, thankfully detachable, had worked itself loose on the escapement rack.
Even before I discovered this, the problem was easily fixed. I applied the old typewriter mechanic's trick of holding down the spacebar or back spacer and pushing gently on the carriage to correct the placement on the rack.
“If you fix [this] it will be right for a very long time,” the seller had said. I think he was right on that count, at least. 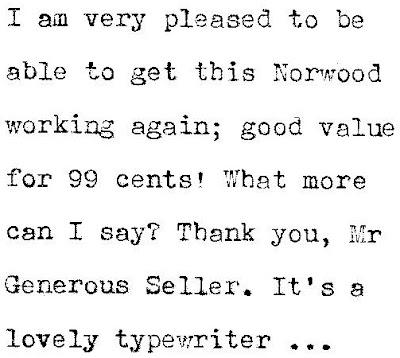 The Norwood is a relabelled Consul 224, made by the Zbrojovka Narodni Ppodnik (national armoury company) of Brno in Czechoslovakia. It was designed by Wolfgang Prade, from the Bohemian town of Nisou, in 1968.
I have long since been aware of Consuls relabelled Norwood, having somehow acquired one many years ago. It was a ZB series machine, based on the Consul Silent. But I could never get it to work properly and in the end I think I gave it away to Terry Cooksley in Sydney. 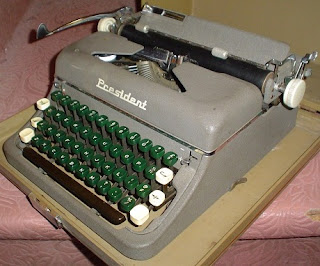 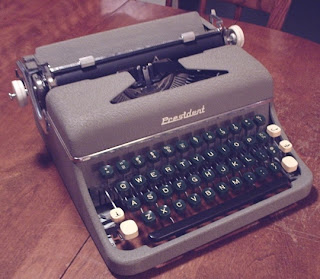 These Presidents are the same machine as my previous Norwood, a variation of a "ZB" series Consul Silent
Meanwhile, Richard Amery came across a Japanese-made Norwood small portable, which Will Davis featured on his Portable Typewriter Reference Site and said was a Silver-Seiko, but which looks for all the world to me like a Nakajima ALL design. Either way, it is clear Zbrojovka Brno had given or sold the rights to the brand name Norwood to Japan. 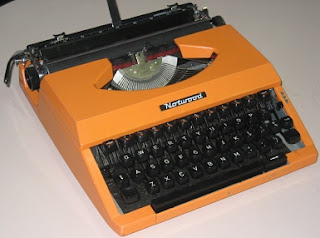 On the subject of typewriter brand names ending in "wood" - had it not been for my previous experience with Norwoods, I might have been suspicious of this listing. A few weeks ago a reader of my blog contacted me about a Sherwood typewriter which was listed on craigslist in the US. I replied, having done a little bit of research in this matter a few years ago, that the only Sherwood typewriters I had ever seen listed were an Underwood on New Zealand Trade Me, when the “Unde” had worn off the paper plate and the seller simply took a punt on the name, and when an Underwood was listed in the US and the seller simply decided to call it a Sherwood, although the real name was very clear on the paper plate. Eventually this lady sent me an image, and the Sherwood was indeed labelled under that name: it was an Engadine portable made by IMC in Italy. So there is a Sherwood out there!

Anyway, back to the Norwood … 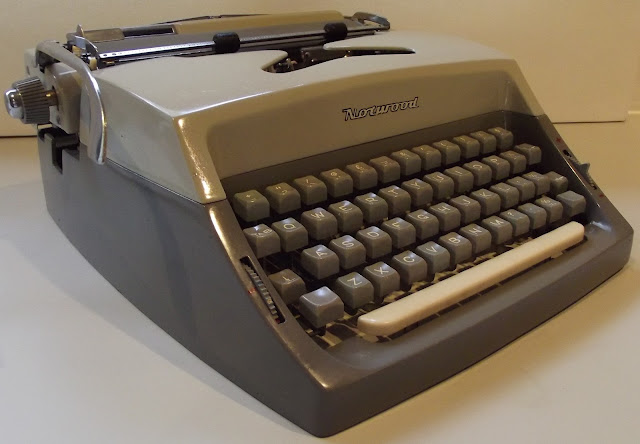 Zbrojovka Brno stopped making typewriters in the 1970s, but an offshoot continued on with sporting rifles, shotguns and airguns for another 30 years or more. Brno, by the way, is the second largest city in the Czech Republic, the historical capital city of the Margraviate of Moravia. 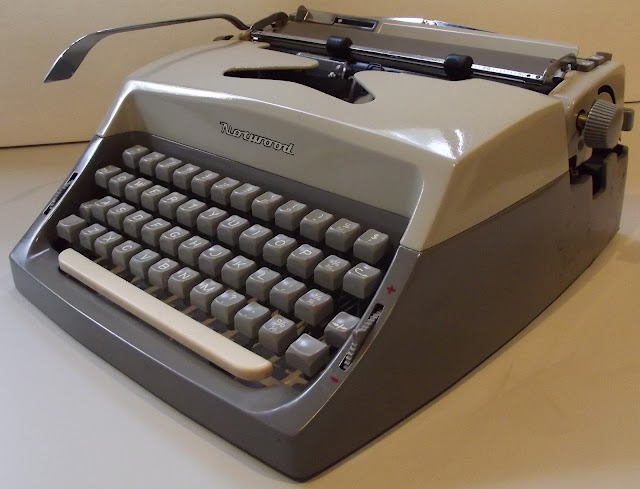 During the First World War, Austria needed to expand its arms-making capacity. A subsidiary of the Vienna arsenal was established in Brno in 1916. As the Austro-Hungarian empire began to fall apart just before the end of the war, Československá Zbrojovka Brno was founded as a Czecho-Slovak Republic state-owned firearms factory in 1918. From the repairs of railway cars and military rifles, the company gradually switched over to the production of the components of telegraph and telephone equipment. 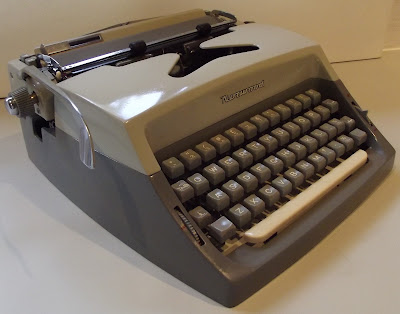 In 1932, the company started the production of standard and portable typewriters under a Remington licence. During its boom, Zbrojovka Brno had more than 70 facilities and operations.
After the Second World War, it fell under Kremlin control, and its own typewriter designs, labelled Zeta in 1949, turned into Consuls in 1954.
As Eastern Bloc operations were merged by the Soviets, Consul also made some of its portable typewriters under East German brand names, such as Optima. In need of foreign currency, Zbrojovka Brno exported Consuls to Western nations, including Australia, where, like the Bulgarian Maritsas, its typewriters were relabelled Pacifics, Majestics, Waverleys, Hanimexes and many other names. 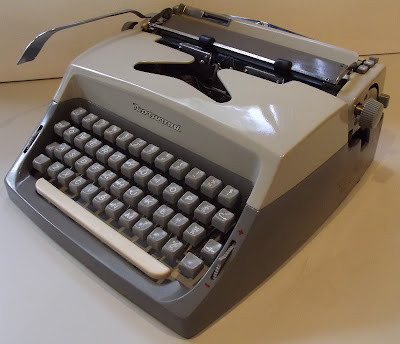 However, as Czechoslovakia was part of the Warsaw Pact, the US imposed stiff import duties. To dodge these, Jack Tramiel had Consuls shipped to Canada, either as parts or already fully assembled, and relabelled them as Commodores. As well as Commodore and Norwood, these larger Consuls appeared in some countries as Admirals and Presidents.
Here is Richard Polt's Commodore-assembled Cavalier Speedwriter, which, as is very obvious, is very closely related to the Consul 224. From memory, I believe Richard's machine may also have a detachable carriage: 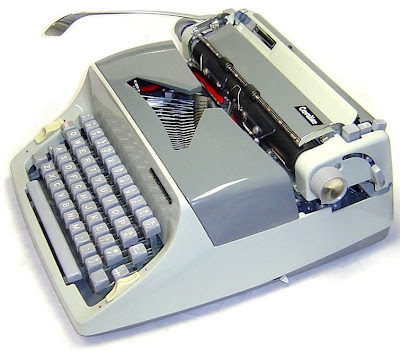 Here is the Consul 224 as a Commodore:

But by 2003 the rifle-making Czech company was declared bankrupt. It continued to trade under administration until Zbrojovka Brno finally closed in 2006. The Z banner trademark was sold in 2007. 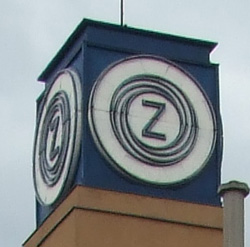 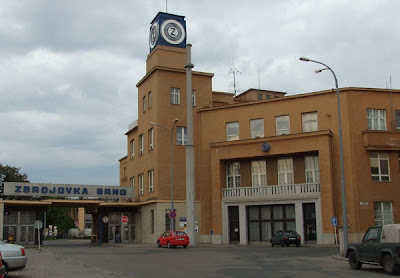 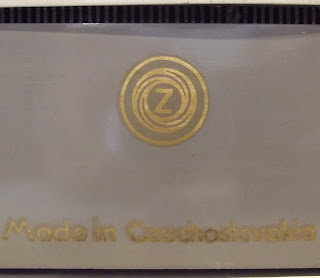 This is how it appears on the back of my Norwood

My researches into my own 99-cent machine led me, as always, back to Will Davis’s Portable Typewriter Reference Site and a page he has there on a Consul 224 from the Tim Champlin collection (see below). 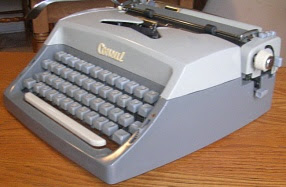 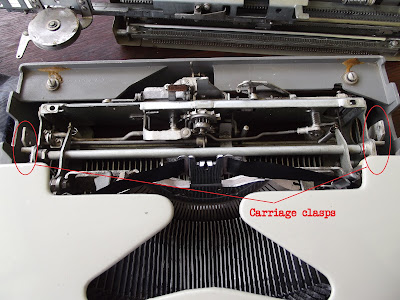 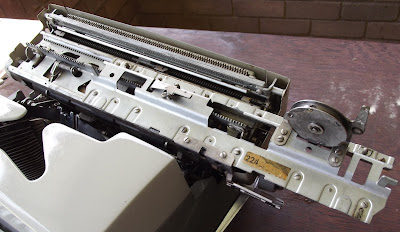 Will says, “This modification required a very serious redesign of the back end of the whole machine in order to accommodate this feature … the general idea was the provision of carriages of various widths; users could purchase one machine, and a variety of carriages to meet special needs. This was often aimed at small offices which did not wish to purchase standard machines.” 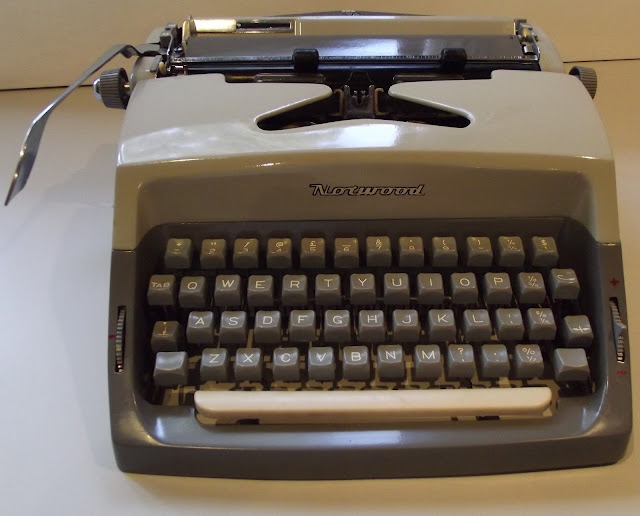 Posted by Robert Messenger at 13:46

I am an American collector. I found a Consul Model 1500 in a Seattle (USA) Value Village store. It is light brown. It has one problem, which I think I fixed with Rubbing alcohol--I think I used too much oil, causing the keys to stick together in pairs. It has gray plastic lettering, and a white case, similar to those on the Hermes 2000. It is one of the crown jewels of my collection, which are mainly Royals and three Smith-Coronas. If you could tell me more about this typewriter, and about the Royal Portable (1930-1934), and the Model O, that would be really appreciated.

Yes, the carriage is also easy to remove on my Cavalier Speedwriter. I found an identical machine at the local thrift store, labeled Consul, which is now in the hands of a Xavier University student. They're good typewriters.

By the way, Xavier is right on the edge of a town called Norwood which is completely surrounded by Cincinnati.