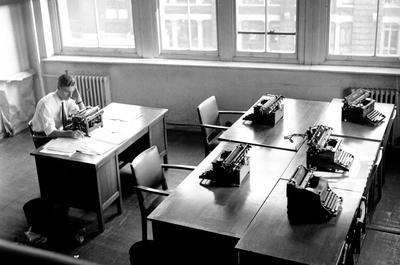 What would happen if you started a newspaper and nobody turned up?
Not much, apparently. In early November, 1953, The Recorder, vaunted at the time as Britain’s first new daily newspaper in 40 years, opened its doors for business on London’s notorious Fleet Street (I should know, I once worked there!).
But, since I can now find no record of The Recorder, I must assume it closed its doors again fairly soon afterwards, without making much of an imprint on the world. 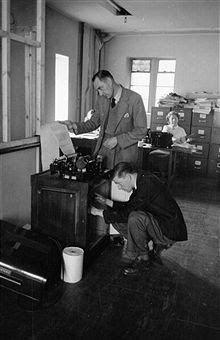 Houston, we have a problem:  A wire machine, and news copy, but where’s the thingamajig that goes under here? 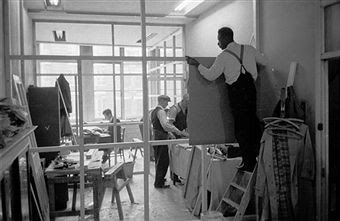 Hold on a minute, mate! You can’t have a newspaper office until we finish banging up these here walls!

At the time The Recorder fleetingly existed on Fleet Street, the horrid News of the World was already one of the biggest selling newspapers in the world and one of the longest surviving.
Happily, Rupert Murdoch closed it in the middle of last year, over its despicable phone hacking habits. Now, it seems, there’s a decent chance The Sun might go down, too.
But in 1953, the News of the World was thriving.  And little wonder: it used Bar-Lock typewriters. 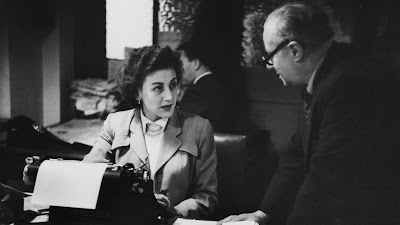 Here is News Of The World crime reporter Norman Rae talking to Mary Monginie – then the paper's only female staff reporter . 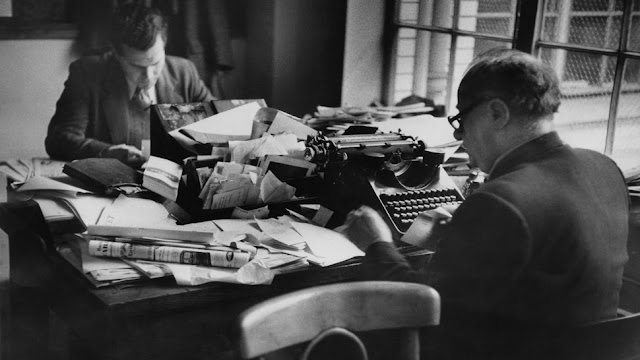 And here is Rae working at the paper's offices in London.
I was fortunate to acquire of these Bar-Locks last year: 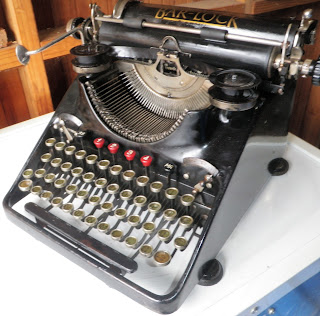 Posted by Robert Messenger at 19:42

Nice post. Quite a contrast between the first photo and the last. First looks more like a perplexed student in the typing room and the last as a normal news desk. Oh the memory of the cluttered smoke-filled news room(s) at many of the radio stations. At the local paper I was always amazed at the Linotype machine and operator.

Great photos, thanks. I think those Bar-Locks have a very striking, handsome design, with their triangular sides.

Those Bar-Locks are almost as pretty as their advertisements.