Official Australian World War II records state, “In a modern army, the pen may not be mightier than the sword, but the typewriter is a very necessary piece of equipment in the smooth running of an infantry battalion …”
The Australian military had problems keeping up with this need in the Pacific War, however. No new typewriters had been assembled or imported into Australia since 1939. Very few, if any, new typewriters were being made in the US and Britain, anyway. The army's demand for typewriters in the Pacific theatre was enormous.
Australian businesses and civilians contributed to the war effort by loaning typewriters. These were assembled in North Queensland, an area used by US and Australian forces as a home base for operations in the Pacific. 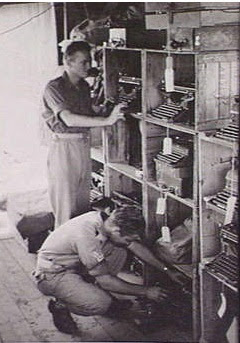 While Townsville was the operational headquarters, typewriters were serviced and repaired by army personnel at a camp in Atherton. Some of these had been shipped back from New Guinea and Borneo, were conditions had proved harsh for the typewriters.
Pictorial records from the Australian War Memorial archives in Canberra reveal the extent of the typewriter shortage problem.
The need for typewriters was so great, Australian soldiers grabbed them wherever and whenever they could. 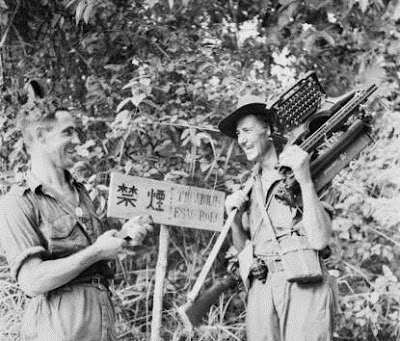 On Labuan Island in 1945, Trooper McInnes of the 2/11 Commando Squadron purloined a typewriter he found in the Japanese Governor’s residence. 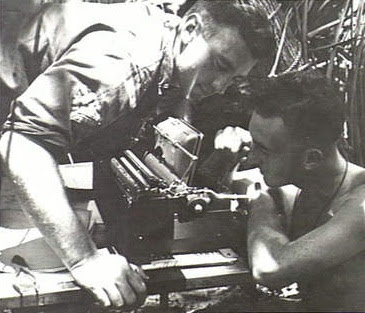 In the Finschhafen area of New Guinea in 1943, Royal Australian Artillery soldiers tried to get a typewriter blown off a table by a Japanese bomb back in working order. 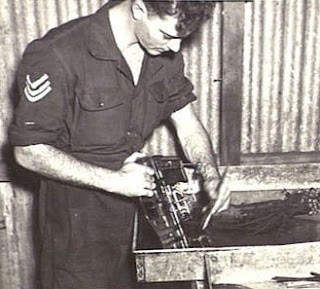 Back in Atherton in 1944, typewriter mechanics of the 1st Army Stationery Depot cleaned machines in petrol. Afterwards, typewriters went to the workshop for repairs. 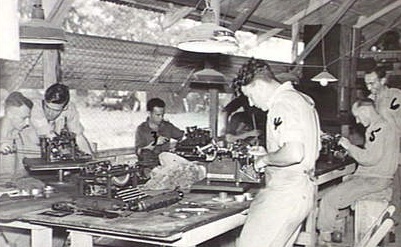 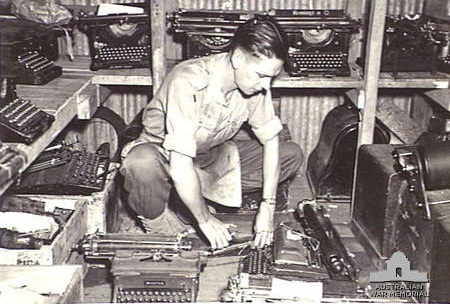 Typewriter mechanics also worked in the war theatre itself. Here are two from the 11th Lines of Communication Stationery Depot working in Balikpapan in Borneo in 1945. 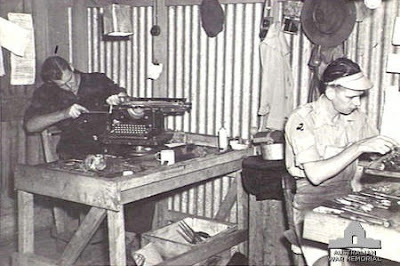 The 9th Lines of Communication Stationery Deport was in Lae in New Guinea. 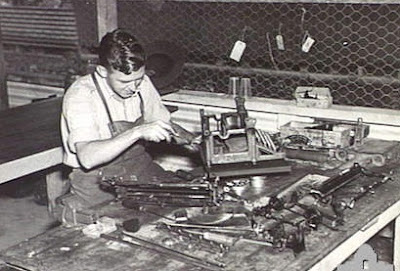 Typewriters were needed for all sorts of military work. Here Dorothy Griffin, a Chemistry Section secretary, uses a typewriter outside the temporary Chemical Warfare Unit Headquarters in Innisfail, North Queensland. 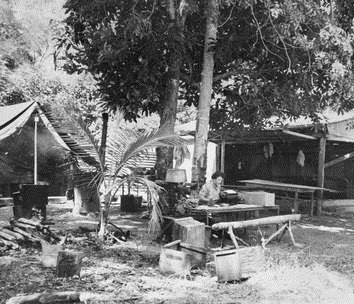 In Port Moresby, New Guinea, in 1944, typewriters were needed in the 2/1st Australian General Hospital. 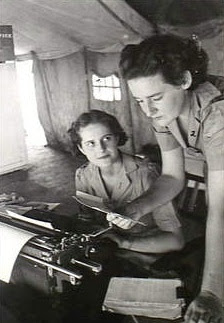 Very informative post! Thank you. Typewriters were to the war what computers are to the troops today, except the typewriters were probably much more reliable on the battlefield and they were much more secure; no hacking what cannot be put on line.

Good point, Bill -- no cyberwarfare will work against a mechanical typewriter.

This is a great photo series. Thanks for sharing it.

I am reminded of the stories of Ernie Pyle and his Corona 3 typewriters. Stories used to move by pigeon. Now it is all satellite and Internet. But what happens if electronic communications fail?

Perhaps there are strategic stockpiles of military typewriters we are unaware of.