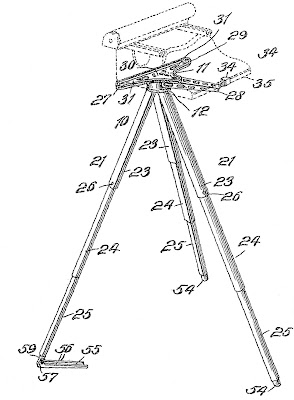 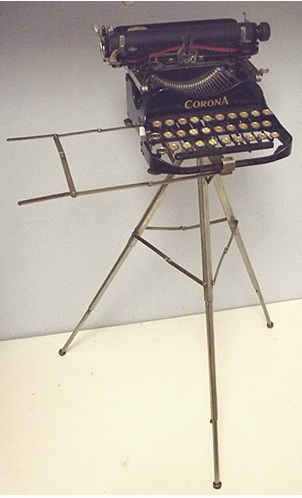 Petermann, who was born in Switzerland in 1872, was still a Swiss citizen but living in Groton when he applied for the tripod's patent 97 years ago this week (see patent pending stamp on framework below). It was assigned to the Corona Typewriter Company and issued on November 20, 1917.

Petermann lived in London before shipping out from Boulogne in 1904 to settle in New York. 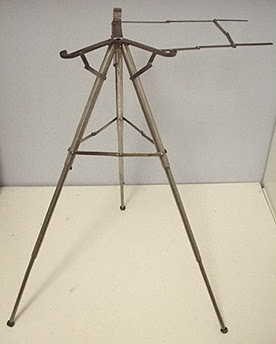 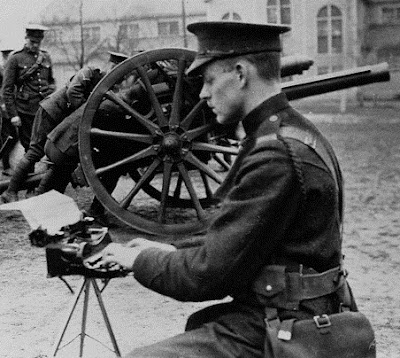 A Canadian soldier uses the Corona 3 and tripod during World War I. 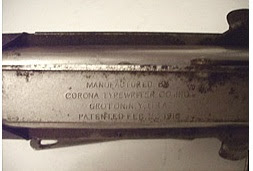 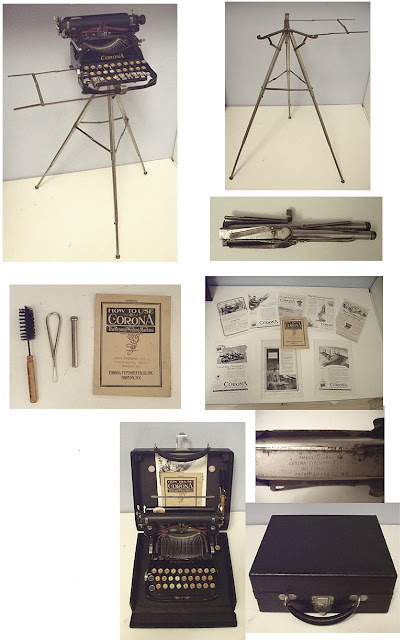 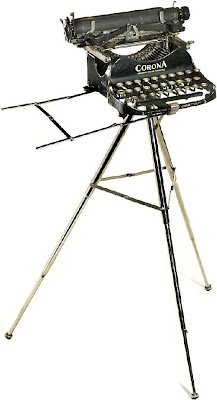 This tripod advertisement and tripod are from Herman Price's Collection at the Chesnut Ridge Typewriter Museum at http://hpricecpa.com/typewriterinfo6.html 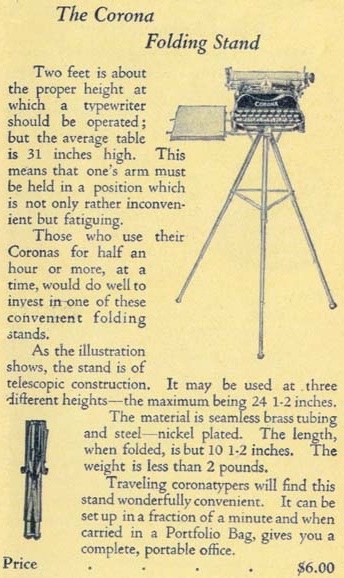 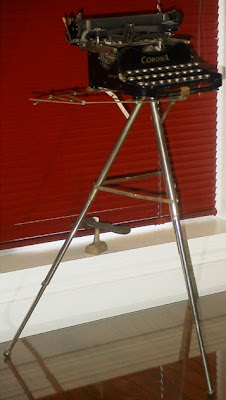 ***The Corona 3 this year celebrates the centenary of its launch.

I wonder how many were made?

Couldn't have been very many -- they are very hard to find today.