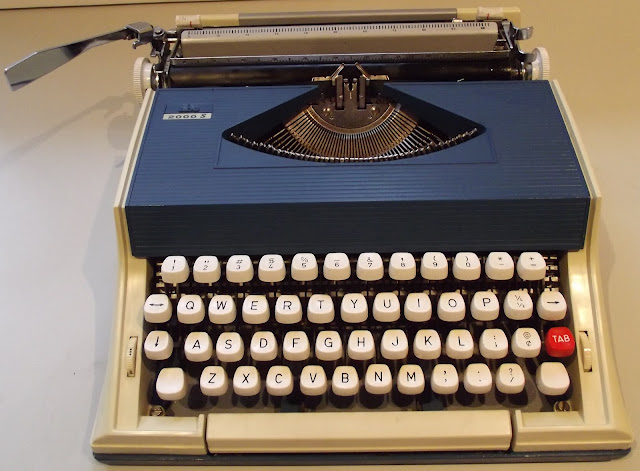 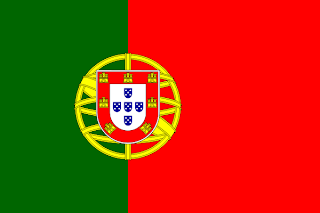 As Richard Amery will readily testify, I have long scorned the humble ABC 2000S. But since I needed a portable to exhibit Portuguese-designed and built typewriters, I had to dig one out and dust it off. 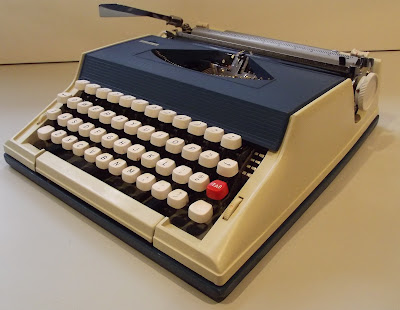 And it needed some cleaning up, too, because, as Richard will also tell you, it had long languished at the bottom of a pile in my shed. 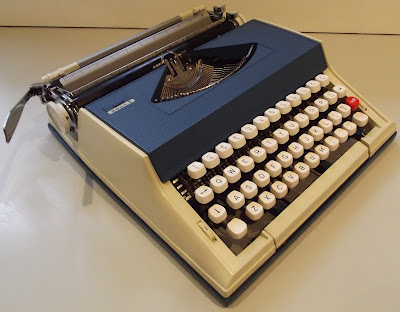 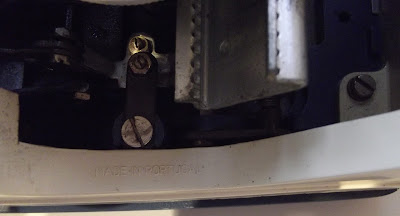 It is a far cry from the Wilhelm Wagenfeld-designed ABC portable typewriter more familiar to most of us as the Cole Steel.
Wagenfeld designed the original ABC portable for Koch’s Adler Nähmaschinenwerke AG, which sold the relabelled machines to Cole-Steel Office Machines Inc, an affiliate of the Cole Steel Equipment Company, New York. 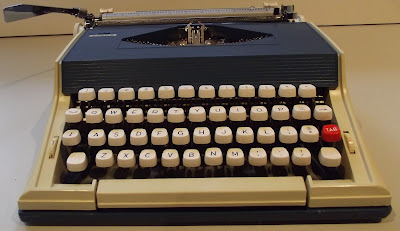 In 1965, after Cole Steel became a part of the Litton empire, Koch’s offloaded the tools and naming rights for the ABC to Portugal. In Algueirão–Mem Martins outside Lisbon, a company called Messa SARI (société à responsabilité limitée) had been set up to make German Siemag (short for Siegener Maschinenbau AG) typewriters. Siemag moved its plant from Eiserfeld, Siegen-Wittgenstein in North Rhine-Westphalia, to Mem Martins in 1963. 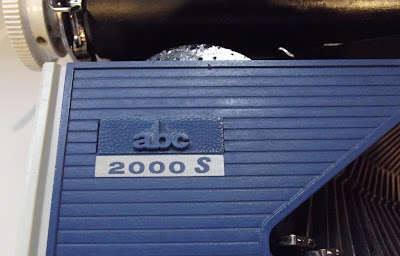 Messa turned the German ABC into a small plastic portable for Sears in the US (it was marketed under the name Lemair in Australia). The machine was then developed into a larger body and, according to Will Davis at the European Typewriter Project, http://machinesoflovinggrace.com/ptf/EuropePortugal.html “given more options; this was the ABC 2000S”. 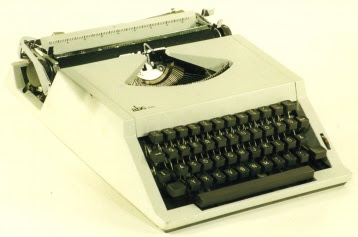 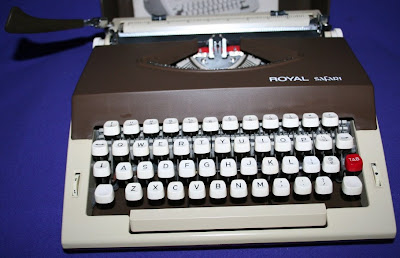 Will says the ABC 2000 series “was sold to Litton, who distributed the [slightly restyled] machine as the Royal and Imperial Safari (see above). Some machines were sold by Brother of Japan in a model series beginning with XL, such as the Brother XL-1010 (see below) and XL-1016. 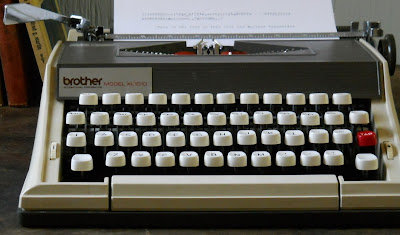 “Variants of this group also appeared as the Sears Chevron, and as the Sears Capri. The Brother machine actually says Capri on its paper table.”
Messa, of course, had earlier made Royal and Imperial Safaris for Litton according the original US design, with an all-metal body. 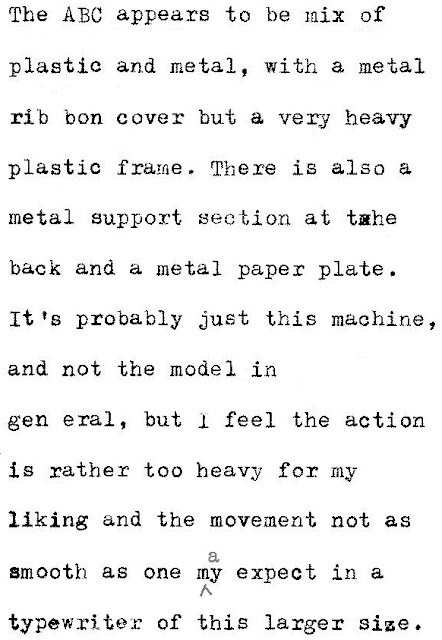 Posted by Robert Messenger at 12:54

Nice post. I never knew a Portugese typewriter existed other than the ones made for other companies.

It would be a good idea to actually read this post.

This company `Messa' was the reason why in 1937 the portuguese dictator Salazar ordered that all typewriters in Portugal had to have the obsolete HCESAR keyboard layout (that was the `oficial national layout'). It was a measure to try to protect and give monopoly of typewriters in Portugal to Messa, but soon after foreign companies started adjusting the layouts of the machines they sent to Portugal. In some cases people didn't want to use HCESAR, so foreign companies would ship AZERTY / QWERTY typewriters with the keys not glued. This were rearranged in a HCESAR layout, because customs would do a visual inspection of every typewriter imported but not a writing test. Then at home you would just swap the keys to your ordered layout.

Here are couple of links about this:

I'm looking for a PDF of the manual for the 2000s/Sears Chevron that I just sold (to the parent of a 9-year-old!)... any help would be appreciated. (Yes, I've done some rather extensive searching, and have visited lots of the relevant sites.)
Thanks, in advance.

I recently purchased an abc 2000 (lowercase sic) in Reykjavik, Iceland, because it was the only manual typewriter I was able to find for sale (and I looked for 5-6 uninterrupted hours). It does meet my minimum requirements of having an Icelandic alphabet keyboard (and the price was right at only 1000Kr), but it's not a terribly impressive machine otherwise, and mine is not currently functional (the carriage only advances when the spacebar is struck, and even then only haltingly; I haven't opened up the bottom to see whether I can fix it, or it's best referred to an expert). It's clearly been dropped at least once, as the frame is no longer straight. Mine has a metal ribbon spool cover. I'm glad to see that I' not the only one who failed to be blown away by the engineering and construction of these machines.