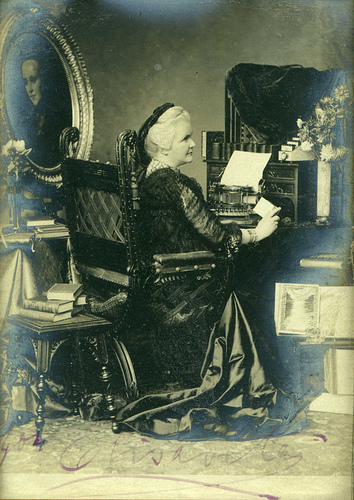 As Britain’s Queen reaches her Silver Jubilee, never once having sullied her lilywhite royal fingers with typewriter ribbon ink, thoughts drift to queens and princesses who were happy to be seen at a typewriter. Indeed, to be seen advertising typewriters: 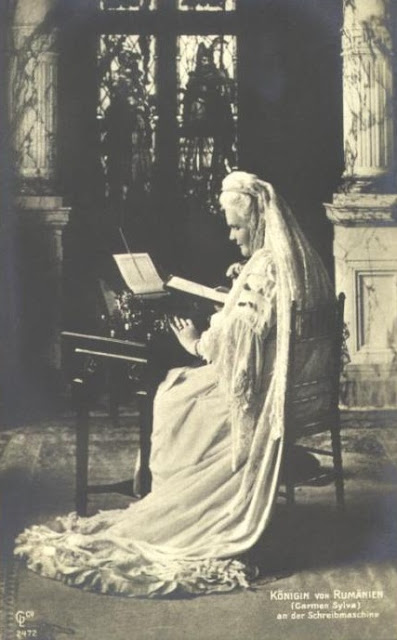 The first who springs to mind is Pauline Elisabeth Ottilie Luise zu Wied (born Neuwied, December 29, 1843; died 1916) who was the Queen consort of Romania as the wife of King Carol I. 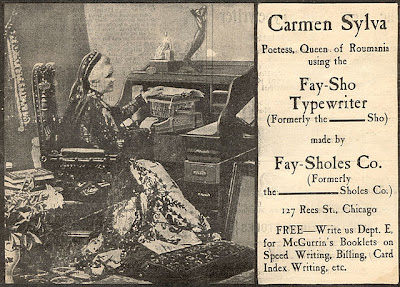 She was widely known by her literary name of Carmen Sylva. 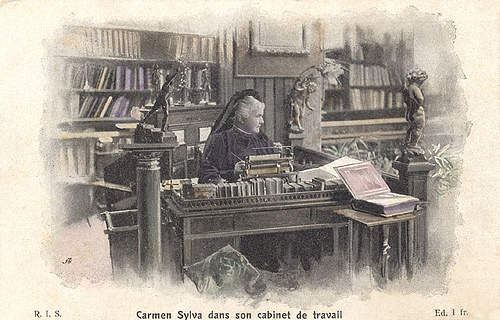 From Carmen Sylva: Queen and Woman, by Elizabeth Burgoyne
Since posting this last night, Georg and Florian have drawn to my attention an advertisement in which Carmen endorses the Erika. 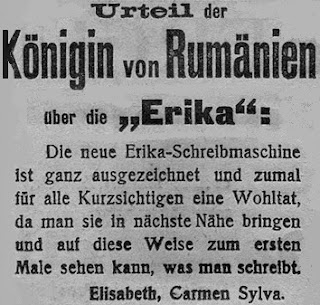 Essentially, the ad says:
“The Judgment of the Queen of Romania
about the new Erika typewriter”
The Queen calls the Erika remarkable, especially for short-sighted users, as they can “see for the first time what you write”.

The second royal typewriter-user is Grace Patricia Kelly (born Philadelphia, November 12, 1929; died Monaco, September 14, 1982) the American actress who, in April 1956, married Rainier III, Prince of Monaco, to become Princess consort of Monaco, styled as Her Serene Highness The Princess of Monaco, and commonly referred to as Princess Grace. 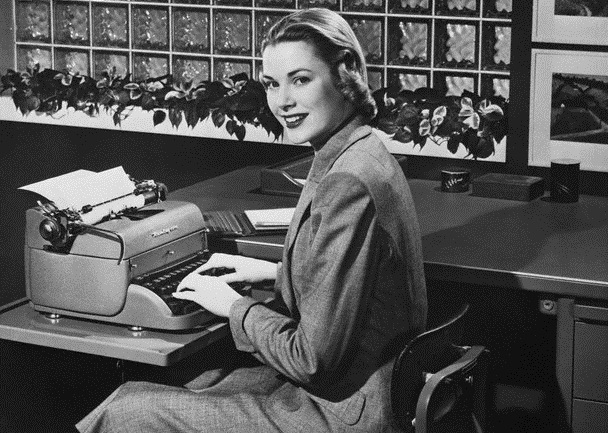 In 1950, Kelly was working as a model to put herself through the American Academy of Dramatic Arts in New York. while living in Manhattan's Barbizon Hotel for Women. One of her modelling jobs was for Remington Rand. 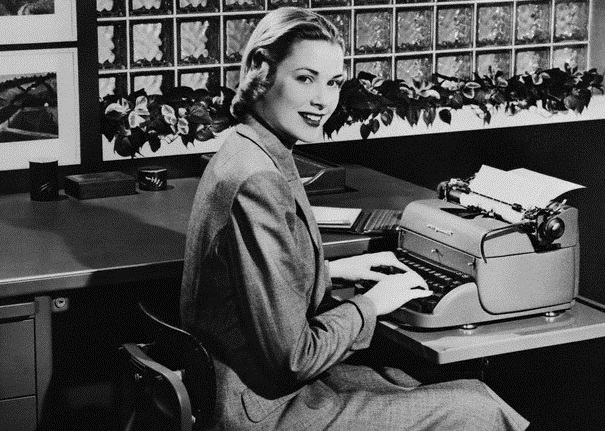 These studio photos were released after Kelly married Rainier. The caption read, “Here's a ‘model’ secretary little dreaming when this picture was taken that she'd one day marry a prince (actually this is Grace Kelly, when she was a New York City photographer's model, demonstrating a Remington typewriter).” 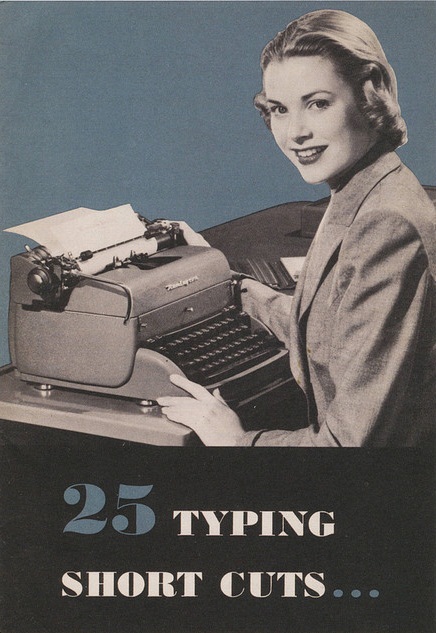 Posted by Robert Messenger at 01:36

It appears that The Queen of Romania was riding different horses, to say the least: the other day I saw her advertising the ERIKA portable typewriter. See here.

I've also already seen the ad with the testimonial of Carmen Sylvia for Erika, she likes it for being able to read what you've written (frontstrike) and the "myopic-friendliness".

I wonder whether her poetry was any good.

I haven't figured out yet if it's the typewriter that brings out Grace Kelly's beauty or the other way around...

Thank you Georg and Florian for bringing that to my attention. Please forgive me, but I have played around with that Erika ad a little bit so I could use it on the post.
Thank you Richard and Fernando for your comments.

Very nice. I do not know which I like best. Those nice old photos, the typewriters or Grace.

Coincidence: I am just now reading a biography of Grace Kelly. I wonder if she actually used typewriters...