A Writer and His, Umm, Typewriter 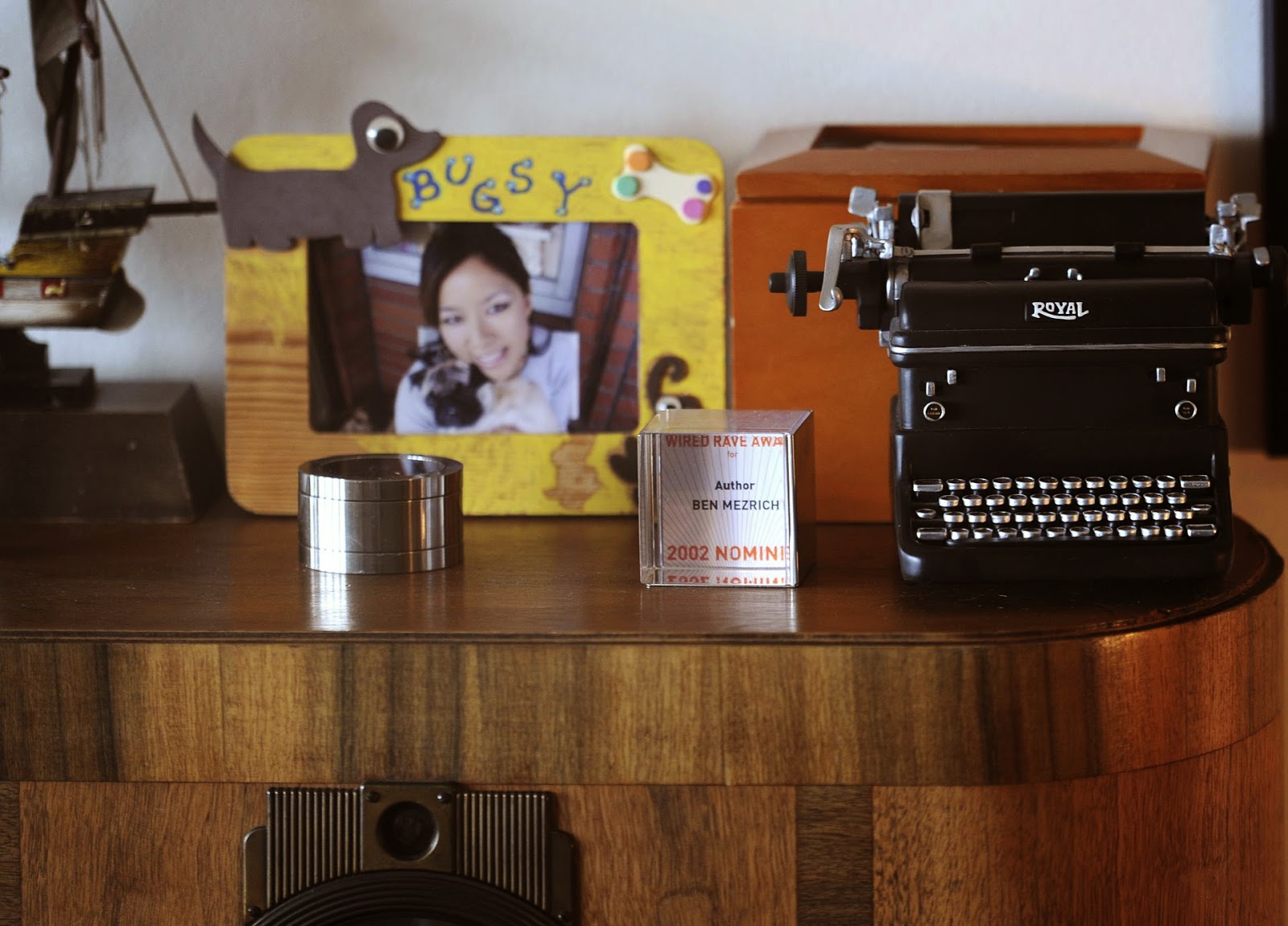 Boston Globe correspondent Eugenia Williamson paid a visit to writer Ben Mezrich in his office earlier this month. The Globe's Essdras M. Suarez took this photo of "some details of Mezrich's working space". Lovely Royal typewriter, Ben. Resin? Modern Chinese, perhaps? (Ben's wife, by the way, is not called Bugsy, that's his dog. The wife's name is Tonya M. Chen.)
The image appeared in the Globe under the headline, "Writes At The Top Of The Pru", referring to the second-from-top floor of the Prudential Centre. It begins, "Ben Mezrich’s office was once his bachelor pad. It has been given a new Mad Men-like look thanks to his wife." "I still call it my man cave," says Ben. "It used to have air hockey and fish tanks and leather couches ..." Now it's got a resin typewriter!
In reference to branching out into declared fiction, Ben mentions reviews of his work written by Janet Maslin in The New York Times. Ms Maslin has been relentlessly scathing, calling Mr Mezrich a "baloney artist". Wait till she finds out about his typewriter!
Posted by Robert Messenger at 22:24

I think that's the little KMM replica produced by Levenger's as a tribute to David McCullough.

Richard beat me to it! Yes, that's surely a Levenger product (by way of China's very best resin mines.)

If I recall correctly, it cost more than my functioning KMG + table.

Yep, it's the Levenger. I have one that was gifted to me early in my obsession. Luckily it's much smaller than a real KMG, and has a unique "dust magnet" property that seems to help keep dust off of my real typers. (:

This fakewriter looks quite nice actually (at least on the photo) - certainly much better than the "zombies" we see posted (and sold!) on ebay.