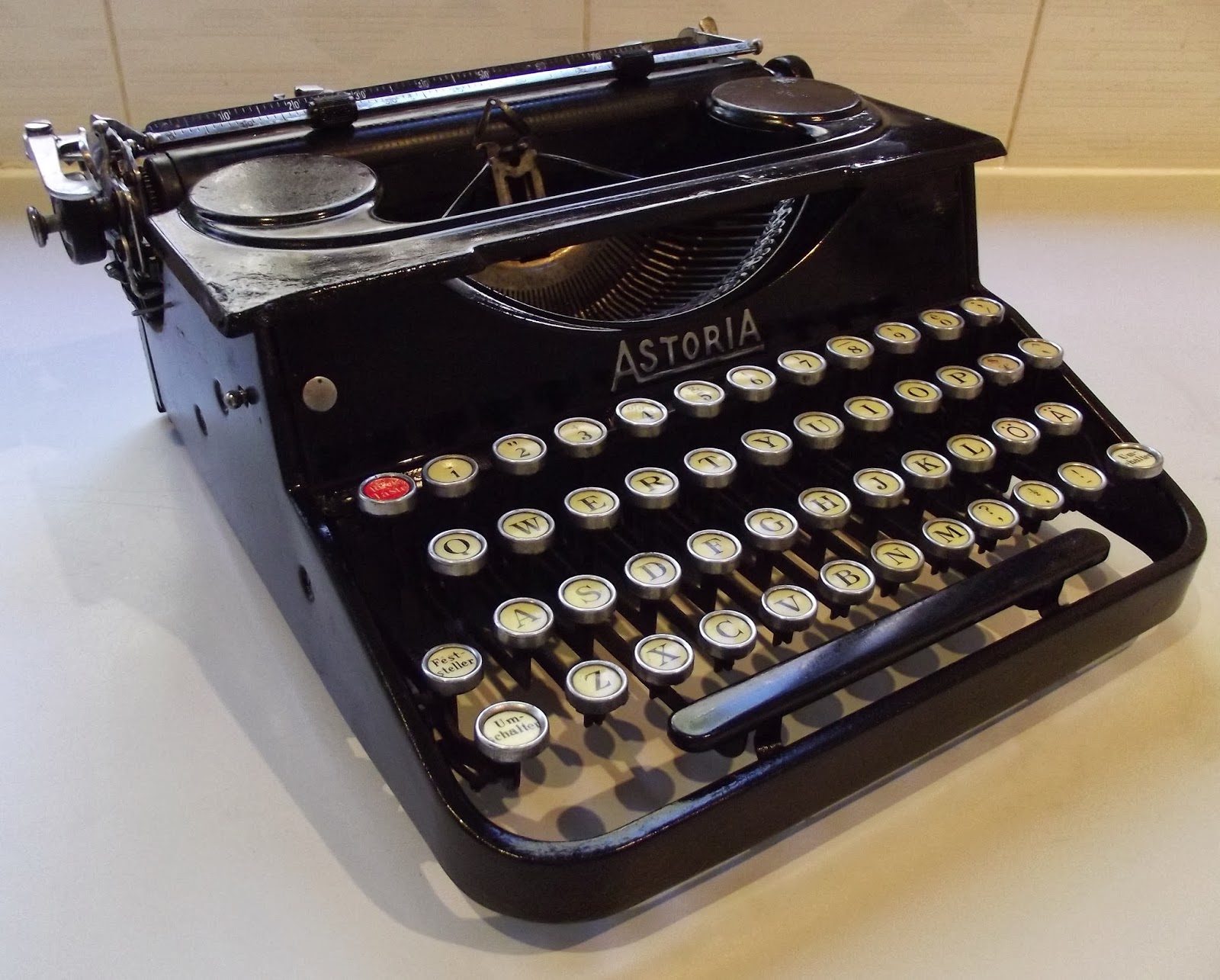 This rare Astoria portable typewriter, given to me by fellow Canberran Geoff  Winter during my Typewriter Exhibition at the Canberra Museum and Gallery in mid-2012, has succeeded in connecting Geoff with another son of one of the infamous "Dunera Boys".
The "Dunera Boys" episode is one of the most shameful events in British maritime history, one Winston Churchill later described as “a deplorable and regrettable mistake”. In July 1940, after the fall of France in World War II, 2542 men of German and Austrian origin living in Britain were rounded up, unilaterally declared “enemy aliens”, dumped on the Hired Military Transport Dunera and shipped to internment camps in Australia. Internees' cases were rifled, many were thrown overboard, and subsequently the British government had to pay ₤35,000 to the victims in compensation for lost possessions. The physical conditions on the voyage and the ill-treatment of these men were shocking and are an enduring stain on the history of British care of wartime refugees. 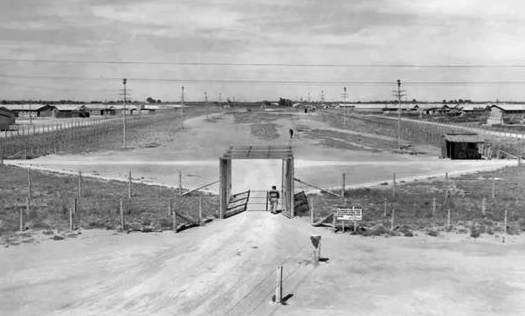 The Hay camp
Geoff  Winter's father Ernst Winter, who had bought the Astoria typewriter in Vienna before the war, somehow managed to hold on to it during the Dunera voyage and his subsequent internment in the Hay and Tatura camps. That it survived all this to be in such good working condition in 2014 is truly incredible.
When I first posted on the Astoria in mid-2012,  the post came to the attention of Alan Morgenroth in Devon in England, who commented that he was also the son of a Dunera Boy. Alan wanted to make contact with Geoff in Canberra - their fathers had been in the same camps. It has taken 18 months to do it, but the two are now finally in touch with one another. 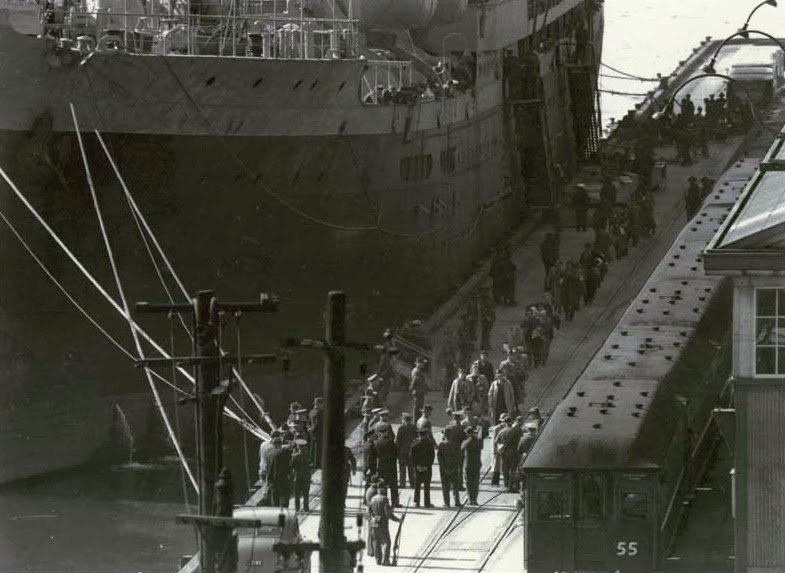 So-called "enemy aliens" disembark in Australia.
Although Alan was aware his father Kurt Morgenroth had been interned in Australia, it wasn't until 2007, five years after his father had died at the age of 91, that he discovered Kurt had been deported on the Dunera. Kurt had kept that nightmare from his past a secret during his lifetime. Kurt returned to Britain in October 1941 to join the Pioneer Corps.
Since 2007, Alan has been researching the Dunera experience in his father's life. He came across a receipt for a payment made by an internee headed up "Typewriter Account". "It does show that typewriters were a valuable commodity and I think it suggests that you could hire them from the camp authorities, or maybe it was payment for 'secretarial services'."
"The other evidence of the different typewriters in use in Hay Camp 8 are the rare copies of the daily newspapers produced in the camp." 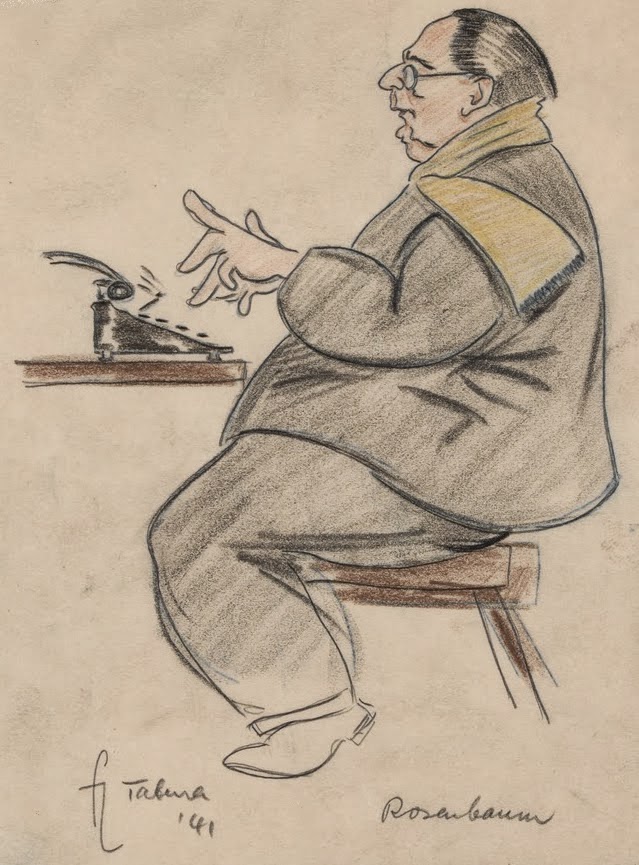 This pencil and crayon caricature, titled “Rosenbaum typing”, was drawn at the Dunera Boys’ internment camp at Tatura in Victoria by Fred Lowen in 1941. Has Rosenbaum borrowed the Astoria typewriter, I wonder? 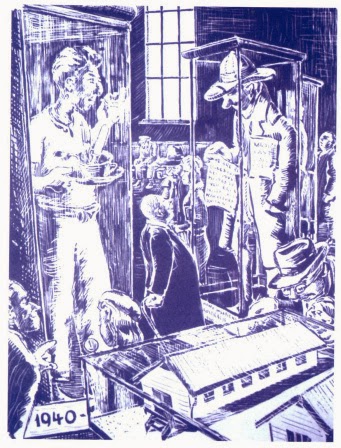 This engraving by Fritz Schonbach, called With Prescience, suggests Dunera Boys would one day become museum displays. This is from the Jewish Museum of Australia. Of course, the men themselves did not become display items, but a typewriter like Ernst Winter's Astoria portable most certainly deserves to be in a museum. What a story it could tell!
Posted by Robert Messenger at 10:47