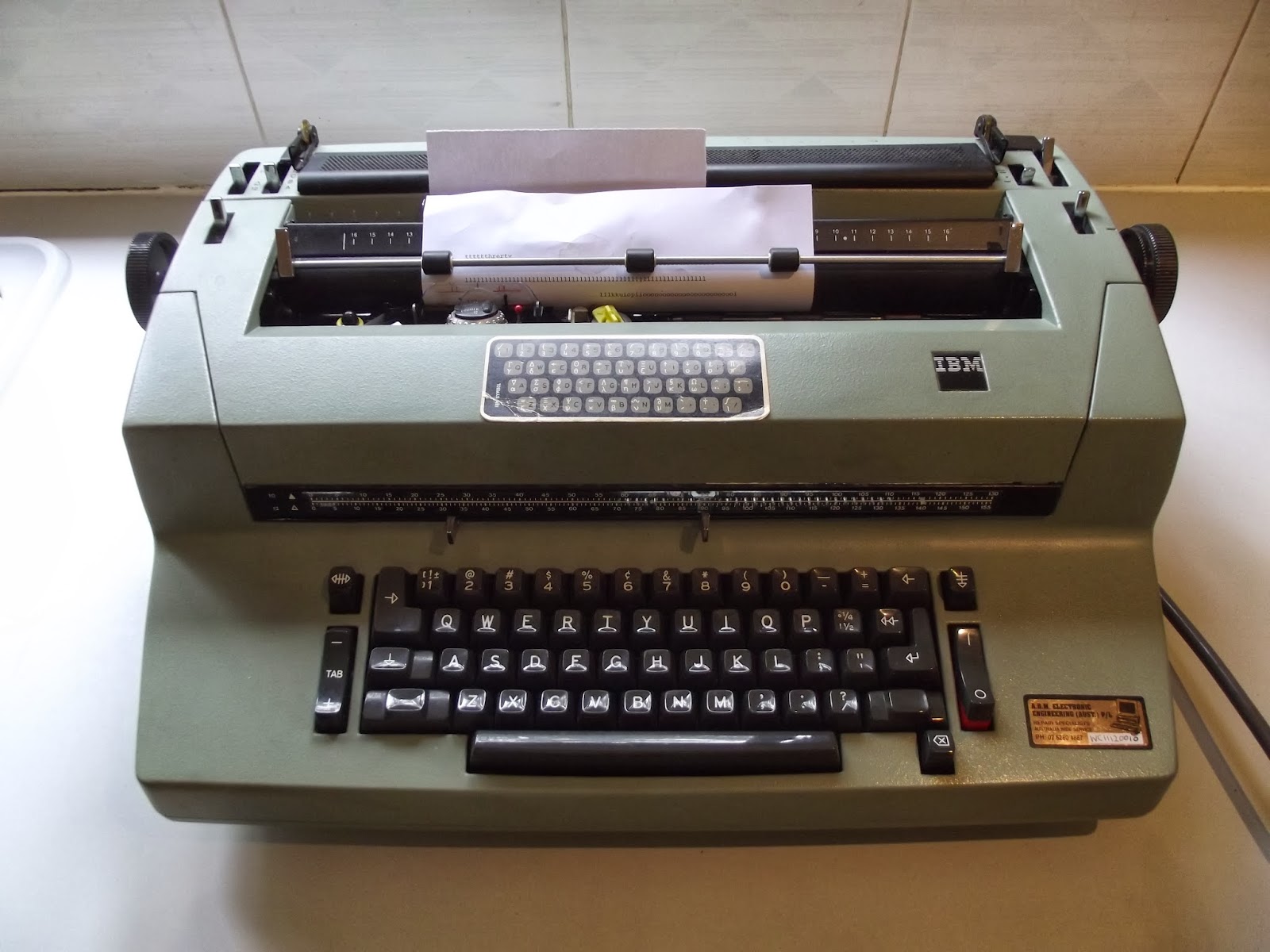 A very old lady called Marie and her gardener-helper called over this morning with Marie's IBM Selectric, which she was hoping I could fix. I told her I know nothing about the mechanism of IBM Selectrics, but she insisted I have a look at it anyway. She believed it was something "very minor".
She's very attached to her IBM and wouldn't even consider taking away with her for free another electric typewriter, or an electronic wedge, to use in the IBM's stead.
I'd explained that the only people I know in Australia who are qualified to work with it are Peter Brill in Western Australia, John Lavery in Queensland and Michael Klein in Victoria. 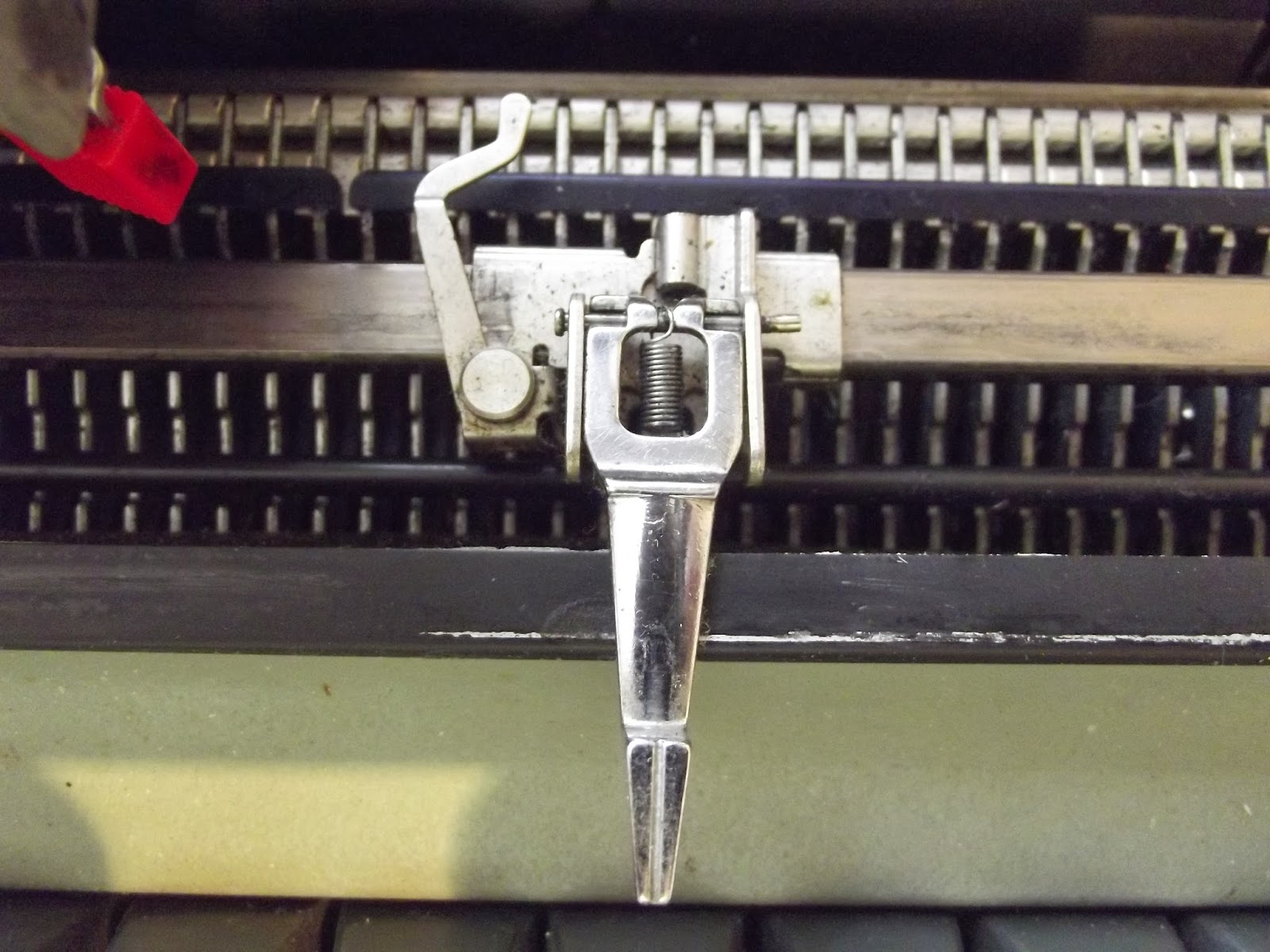 Marie said the only problem she had found with the IBM was that the golfball-ribbon component did not stop at the right-margin, but just kept on typing across the page. I took it upstairs, turned it on, let it warm up, then tested it. She was right, it didn't stop at the right margin.
I took a closer look. It seemed to me that the lever which triggers the bell was pushed too far to the left. I straightened it a bit and tested the IBM again. This time it DID stop at the margin.
It seems to me unlikely I could have fluked a solution so quickly and easily. So what have I done to overcome the problem?
The machine does appear to be working perfectly again. My problem is that I don't really know what I did to fix it. Surely moving the bell trigger slightly to the right can't be all there was to it?
I'd like to be able to tell Marie what had caused the problem so she can avoid it happening again. Can anyone offer any advice please?

Posted by Robert Messenger at 13:23

Congratulations on the repair. I have never had an IBM Selectric open except to change the ribbon. Perhaps a post the the Yahoo! Selectric forum.

I've had this problem with my Selectrics, and the cause seems to be the same: there's a bar that runs under the stops, next to the keyboard. This bar activates the end of line bell. When the carriage activates the margin stop, it does it by pulling a lever on the stop back. This engages with the bell bar, makes the bell ring, and locks the carriage mechanism.

Under some conditions, for example when you set the right margin or press the margin release key, the bar could disengage from the margin stop lever and lodge under the stops. When this happens, the carriage continues moving over the margin stop and the bell does not ring.

The solution is very simple: make sure the bar returns to its rest position, then activate the margin stop's lever manually to engage it to the bar. You'll hear the bell ring. And that's all it takes.

I've seen this happen mostly on IBM Selectric IIs, apparently this got fixed in the later models. Or maybe I've used my S-IIs more...

When the carrier reaches the right margin Bellringer Bellcrank, it contacts a two-step Linelock Bracket on the Carrier. The first step moves the Bellcrank to the right, ringing the bell. The second step move the Bellcrank further to the right, pushing the Bellringer Bail further which forces the keyboard lockout interposer down, preventing keylevers from being pressed. The Margin Rel Key rotates the Margin Rack so the Margin Stop move upward out of the path of the Linelock Bracket on the Carrier.